Greetings, everyone, and welcome to the Mesonak Shack! Here we will share our favorite Meso-themed creations, such as fan art, MOCS, or even literature. Here you may also discuss Mesonak’s lifestyles, romantic relationships with other TTV members, and more! But before we begin, let us all rise for the pledge of Mesolegiance.

I pledge allegiance to my skull of the united states of Amesoca, and to the stuff for which it stands, one nation under Meso, indivisible, with horns and raisins for all.

Now then, I will begin with sharing one of my favorite pieces of artwork! 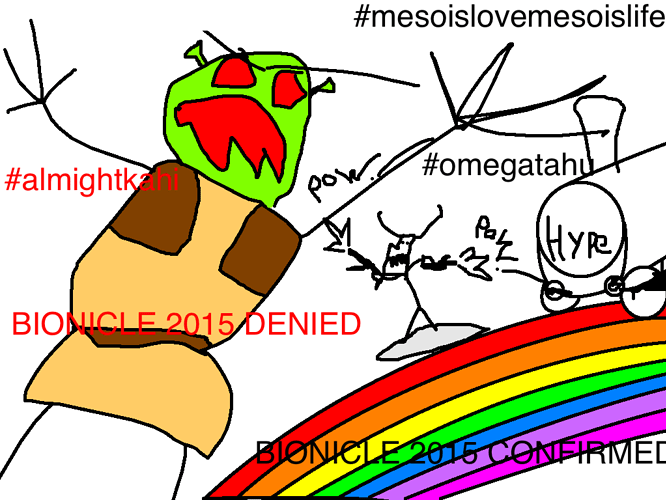 I cant stop laughing at that beautiful piece of art, I really cant…its starting to hurt…my laughing is take away from my breathing…falls on the floor 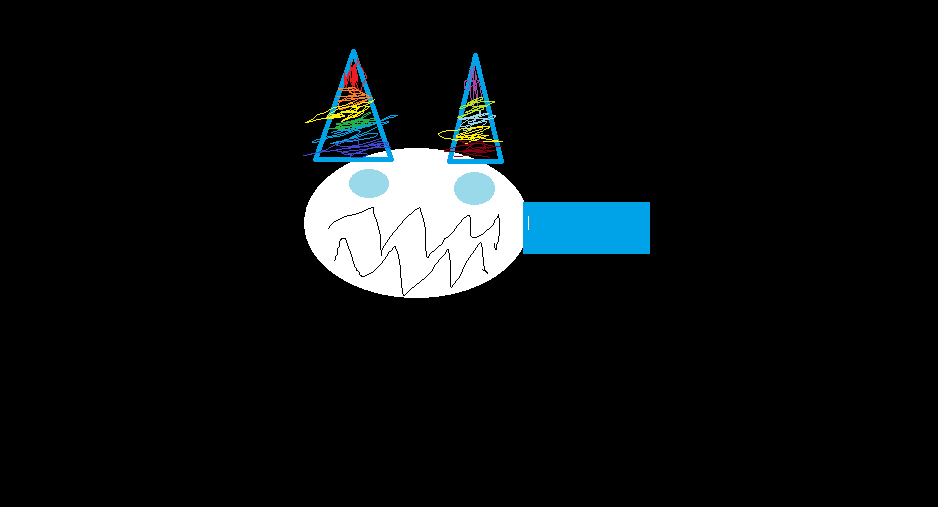 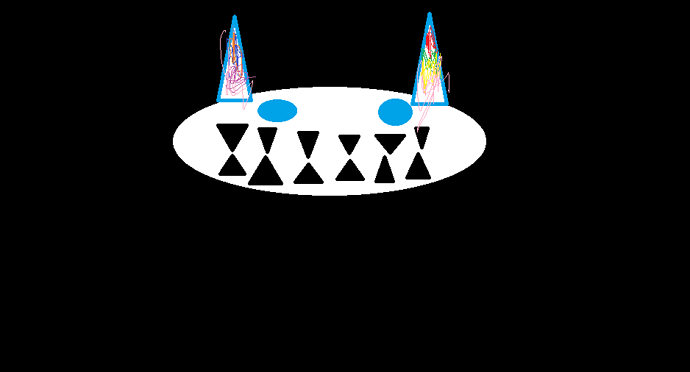 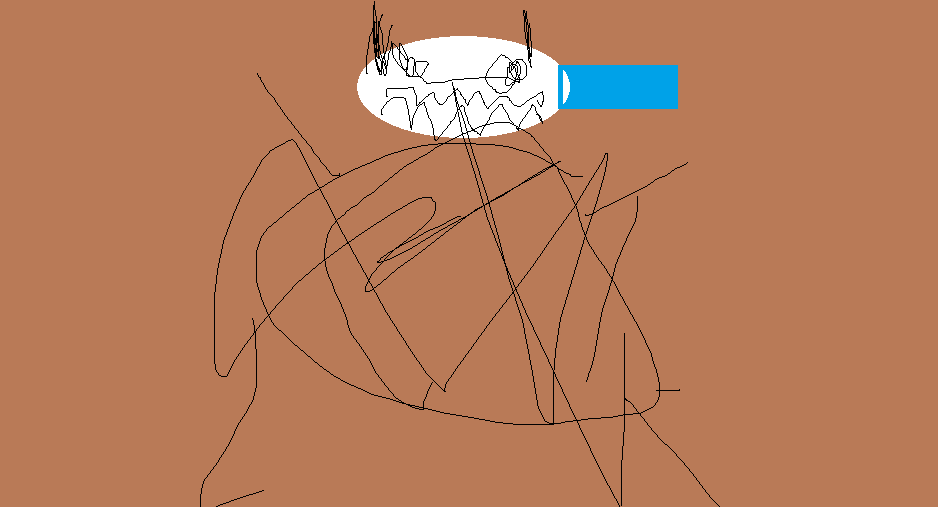 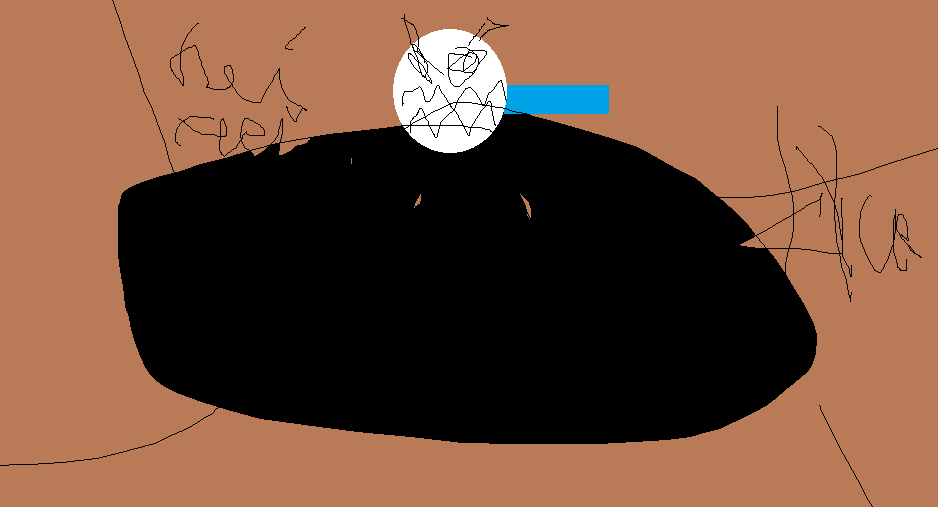 I accept him as our overlord

Know what?
I don’t know why he sucks.

This topic is fantastic. I’d just like to say that I approve of the Mesonak Shack name 110%.

But… BUT VIPER!!!1!111!one!!1
I thought viperxmesomarriage2016 was Canon!
Do you want to see… what my reaction was when I found out it was Canon on another part of the forum? WELL HERE!!!
http://youtube.com/watch?v=i2k-DN7sGug
NOTE:
Yumikuri=viperxmeso
Song played in that video=Piraka Rap 10 Hours (which doesn’t exist, but should)
Tumblr=TTV Forums
Person in video=me (obviously)
Yumikuri/viperxmeso merch=Zaktan and Reidak
People not in SNK Fandom=People who think TTV is a Religious podcast

Then I shall edit!

hello I have returned to pray to the almighty amazin of raisins
HAIL MESO HAIL MESO HAIL MESO
FACE OF SKULL, LORD OF SKULL SPIDERS
PRAISE MESO PRAISE MESO PRAISE MESO
LIKE DANKEY KANG, MESO IS ONE OF A KIND
WEARING ONLY A SKULL, MESO GOES OUT TO
SEEK VENGENCE ON SUCH WHO ARE: NAMES BEGINING
WITH R ENDING WITH OTOR, THOSE WEARING MIRUS
AND TO FIND THE ONE WHO STOLE HIS RAINBOW
HORNS OF JUSTICE AND HONOUR
HAILMESOHAILMESOHAILMESO

There once was a guy named Meso,
Fans seemed to like him; Why? I don’t know,
His popularity always seemed to grow,
Of which he was thankful, his gratitude he should show,
Through a masterful song, so let’s go!

Meso always came up with a pretty cool rhyme,
His posts were quick and came all the time,
Some hated them, “His rapping’s a crime!”
Meanwhile other thought it just sublime
He speaks a lot, so he can’t be a mime

Lord of Skull Spiders? “That set will be mine!”
How come, Meso? “His name, it’s a sign!”
People think it sounds dumb, I think it sounds fine,
People say they won’t buy it, “no, no, nein,”
It’s got skulls, so its name won’t cause me any cryin’
Time to stop rhyming, it’s time to dine,
On this dinner of mine

What’re you eating, Meso? I’m happy you asked!
This plate of mine, its contents are masked,
For on this plates but a single thing,
It’s name has quite the amazing ring,
Its greatness is what has prompted me to sing,
Alright, look, and behold! A single raisin,
That’s it? Well, of course! It’s plenty Amazin’
.
Now I’m off to bed, you’re all just grand,
More than you’ll ever understand,
A new video series will soon be sweeping the land,
The next chapter is almost at hand,
So stay tuned, because it’s not getting canned,
Want a hint? Well… it began on the sand.

THE AWESOME LEVELS IN THIS COMMENT ARE TOO HIGH, THE THREAD CAN’T TAKE IT!

Hmm, what do you think a show coverage without Meso would be like?

I get the feeling that if it was just Eljay and Kahi, it’d deteriorate very quickly into argument over stuff.

Now I’m curious to find out

Perhaps I’ll sit out one week