OK. Yes. This is happening. Why? I don’t know.
Surprisingly, there is no Wikipedia page about this movie. Just a page on the Minecraft Wiki, so this may be another one of those MIB 23 cases of movies that are said to be made but never actually appear in the theatres.
What do we know about this movie? Well not much. This is the only ‘official’ image we have: 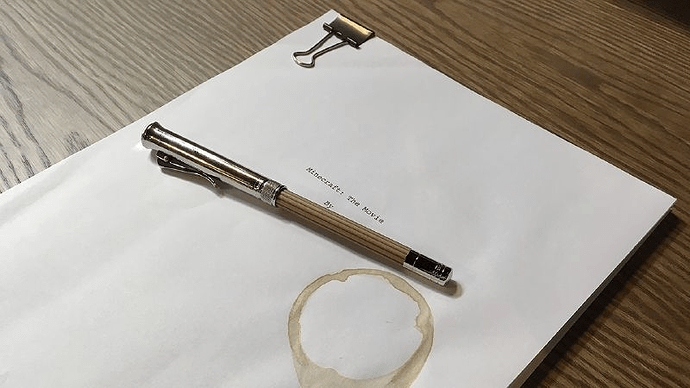 image.png800×450 322 KB
It will be a Sweedish- American movie. I don’t see if this is good or bad, but I like that they are bringing guys from the home country of Minecraft to work at the movie, instead of bringing guys that probably never played the game.
It would be directed by the Nee brothers which… I’ve never heard of.
It will be a Warner Bros movie, which is definitely a pro.
The movie was initially supposed to be released on 24 of May, 2019. The development of the movie started in 2014, saying that is is a ‘high-budget’ film. The movie lost it’s directors this year, so it seems that it have some troubles.

Will it be good? The Minecraft player inside me hopes so, but I really think that, if it will actually be made, it will be bad. A movie about Minecraft rises a lot of question marks. Will it be good? Will it be in the story mode universe? What would be the difference between it and the silly Minecraft animations that I can watch on Youtube for free?
Anyway, what do you guys think about this movie?

Probably this won’t even get relised. Minecraft was the best-selling game of 2016, but it’s sales are now decreaseing. After everyone played it for like 3 years, they got bored of it. If they made this movie in 2017, it could have worked. But in 2019? I don’t know how many people would watch it then.
If they made it like Minecraft Story mode, it could be OK. But other then that, I don’t want to just see things which I already did in the game in survival so many times before.
Also, like in the Case of Angry Birds movie, Prince of Persia, or Assassin’s Creed, usually when you try to make a videogame into o movie just doesn’t work that well.

This is so true that it hurt. The same with the Angry Birds movie. Instead of reliesing it in the middle of the game’s popularity, they decided to do it a few years after the games died.

Also, like in the Case of Angry Birds movie, Prince of Persia, or Assassin’s Creed, usually when you try to make a videogame into o movie just doesn’t work that well.

I don’t know about Prince of Persia or Assassin’s Creed (wait, there is a movie about this?) but it’s not the fact that it is based on a movie that made the Angry Birds movie bad, but what I explained above (for most part).

wait, there is a movie about this?

Yes, but they performed so terribly that they are pretty much forgotten now.

You mean the Disney movie?

The Prince of Persia film was made by Disney (adapted from the iconic game series), it did not do well, but it had LEGO sets

whilst the Assassin’s Creed movie…I forget that film exists

usually when you try to make a videogame into o movie just doesn’t work that well.

that’s a certain stigma created due to the fact many video game adaptations have been poorly received.

As for this movie, though there’s not even a trailer out yet, but I did find a really small summary on IMDB

I must see this movie.

Minecraft was the best-selling game of 2016

Anyway, this is probably fake or not going to be released.

Anyway, this is probably fake or not going to be released.

This is exactly what I was thinking.

Good. I need this movie to exist.
because i still play minecraft since i’m a pleb

Even if this movie gets realised (which I kinda doubt). I won’t expect it to be better then Angry Birds movie or other animated movie similar to it.

######was secretly hoping for a documentary about the rise of Minecraft…

Just a heads up, I have a few random thoughts on this, so sorry if this post seems jumbled:

I’m reserving all judgement on this until I actually see something from it. There really isn’t much that could go wrong with this, compared to the other more story-driven video game franchises that have been/are going to be adapted to film.

Even if the movie is bad, I don’t really see it hurting the game much, if at all. The themes of the game are so far removed from what you typically see in films that even a “faithful” adaptation wouldn’t be very similar to the spirit of Minecraft.

In other words, since Minecraft is so open-ended in its gameplay and has no real central characters or story to speak of, it would be very hard to make a film that could hurt the image of the game, unlike, say, the Sonic movie.

My only real hope is that it’s animated, and in an appealing art style. My worst fear would be for this to be a glorified YouTube Minecraft animation.

Realistically, the best this movie can do is basically be The LEGO Movie, but for Minecraft.

Heck, even if it’s live action, I could see that working to some degree.

So I’m intrigued. I see no cause for worry.

I don’t think a movie would go along pretty well. There wouldn’t be a big enough time window for the plot to build up.

I’m not sure if I should be surprise or not, but let’s just hope it somewhat have the same style as the game and… well, Being Good

Considering how VideoGame movies have been up to this point… I doubt that.