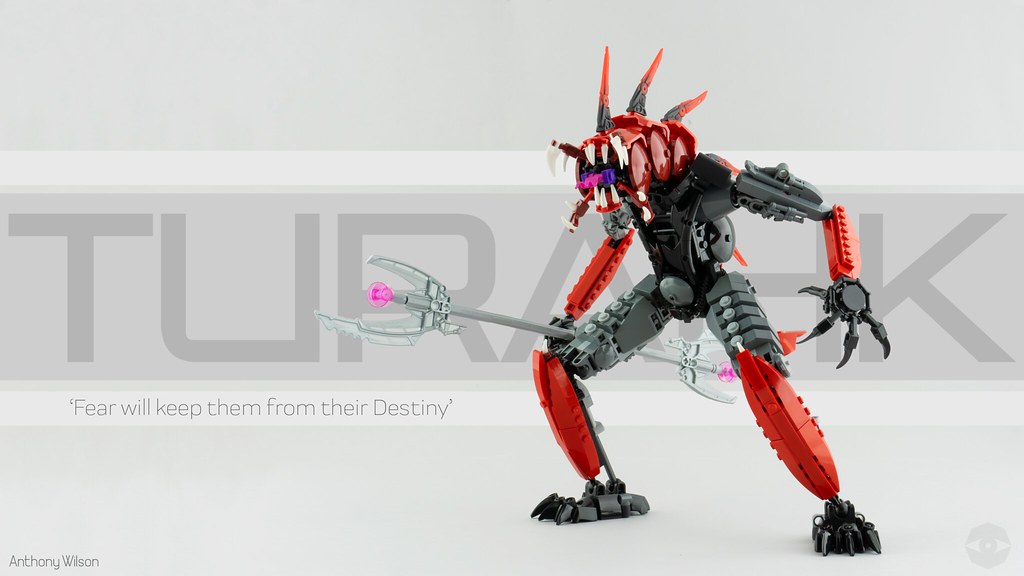 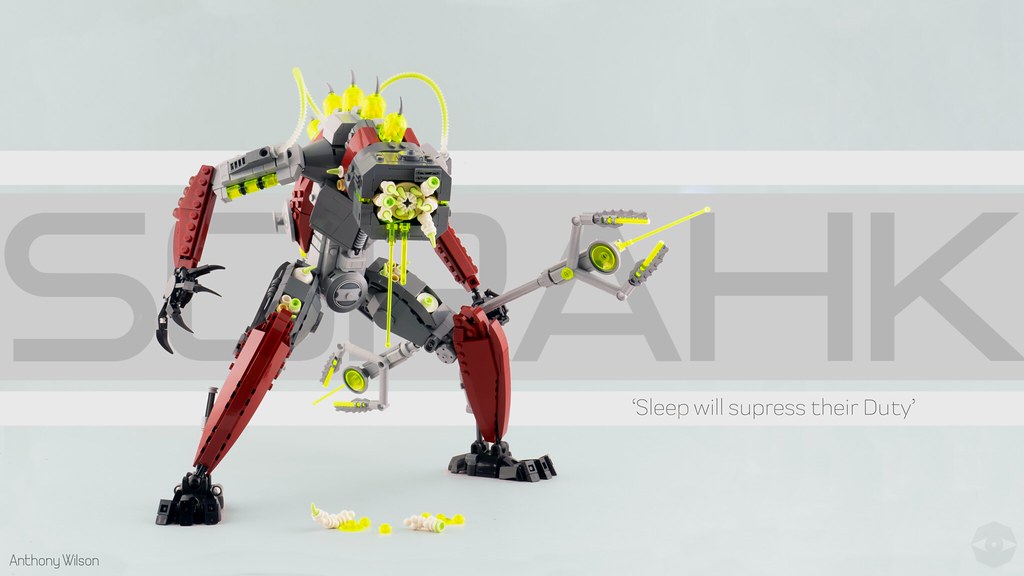 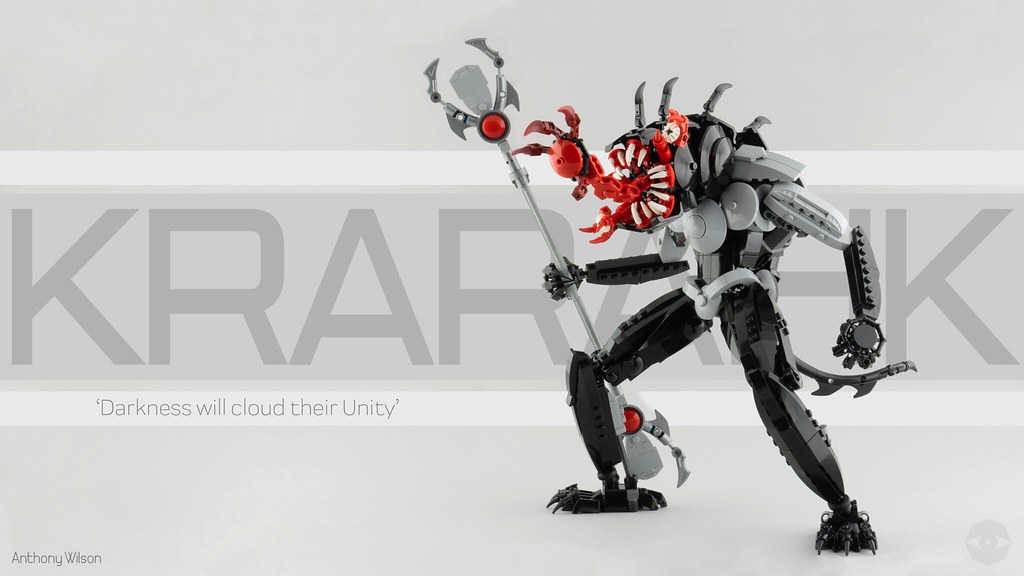 “Go, my sons. Use the shadows, and keep my brother asleep.” 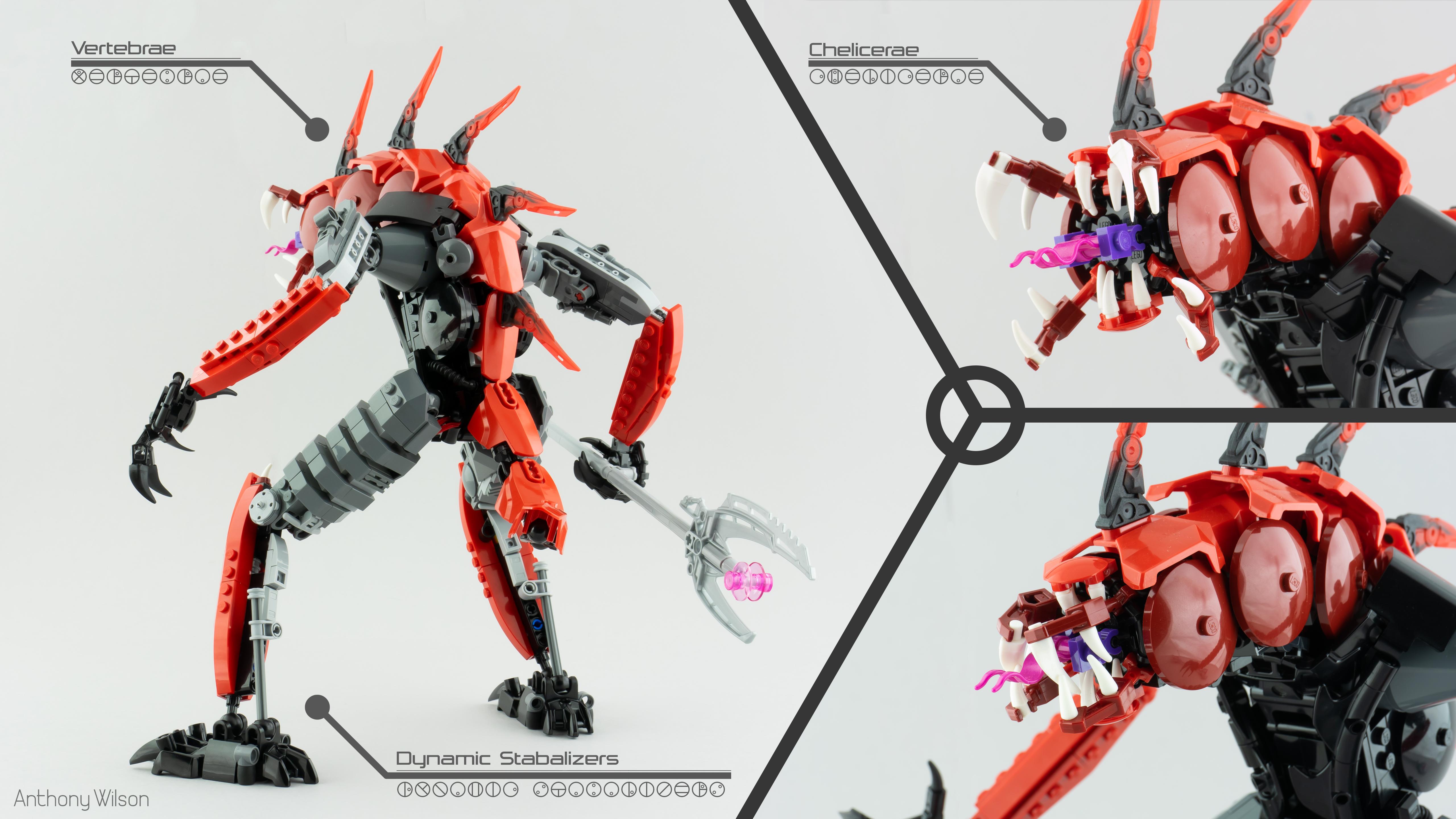 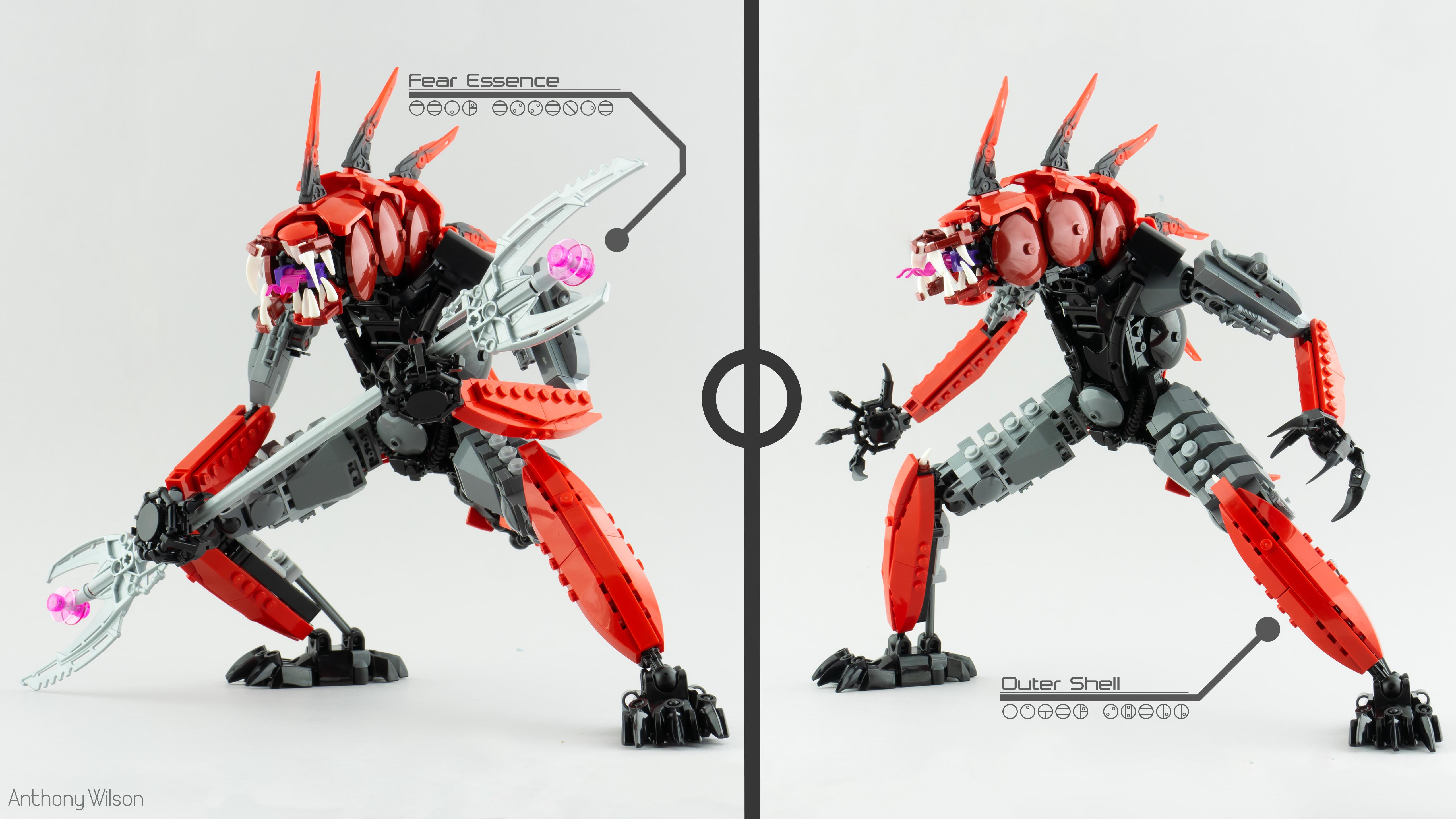 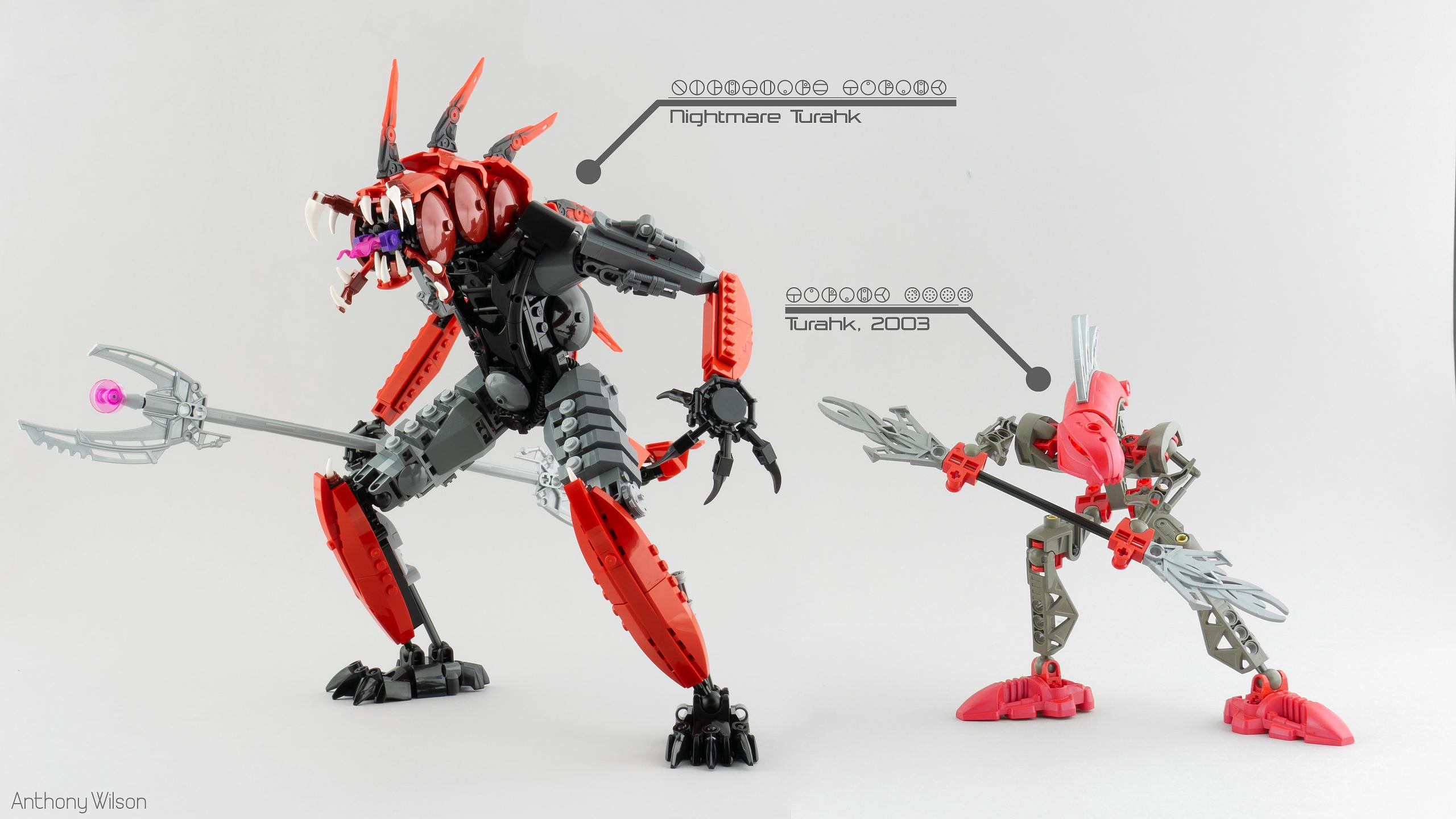 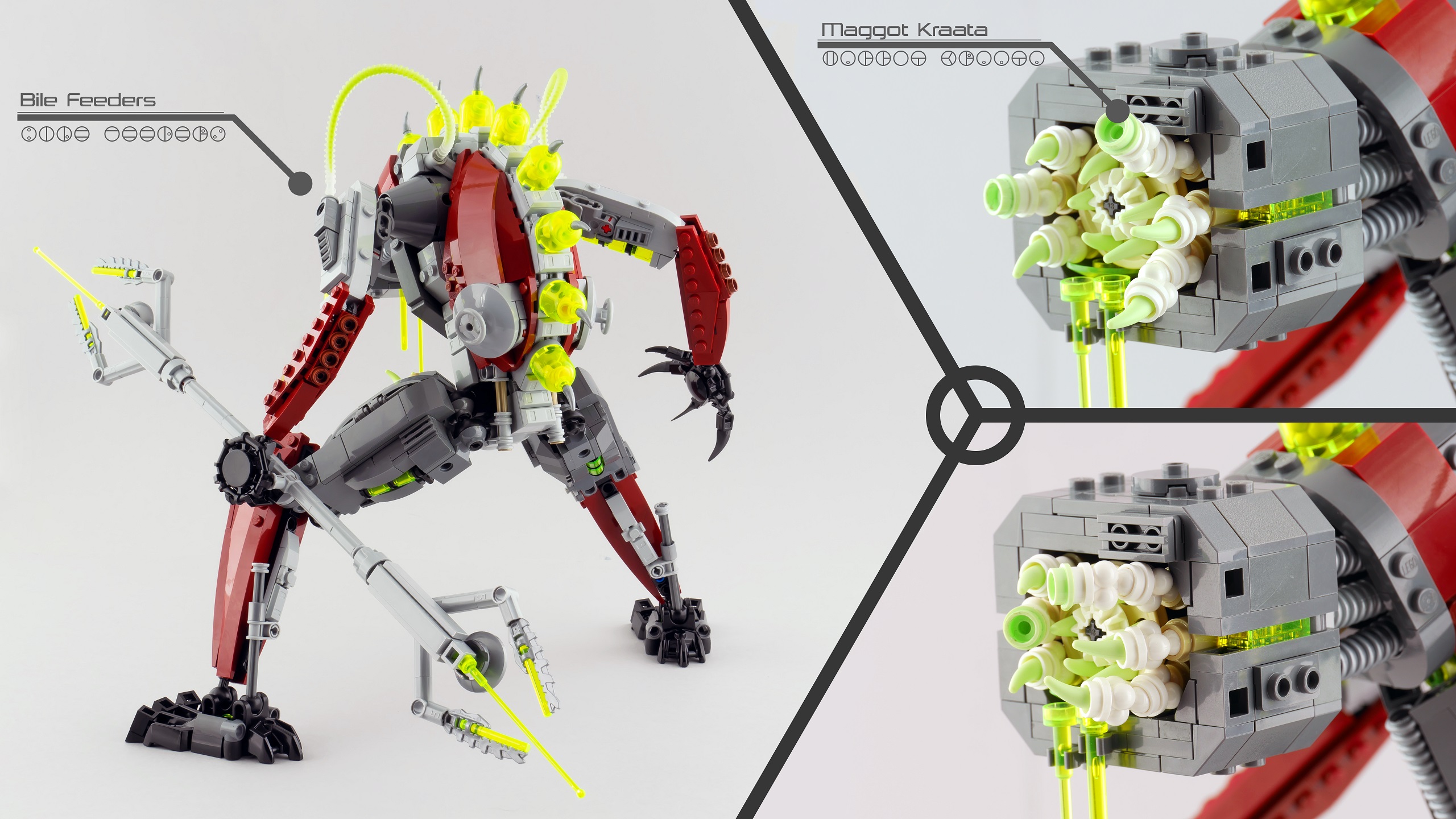 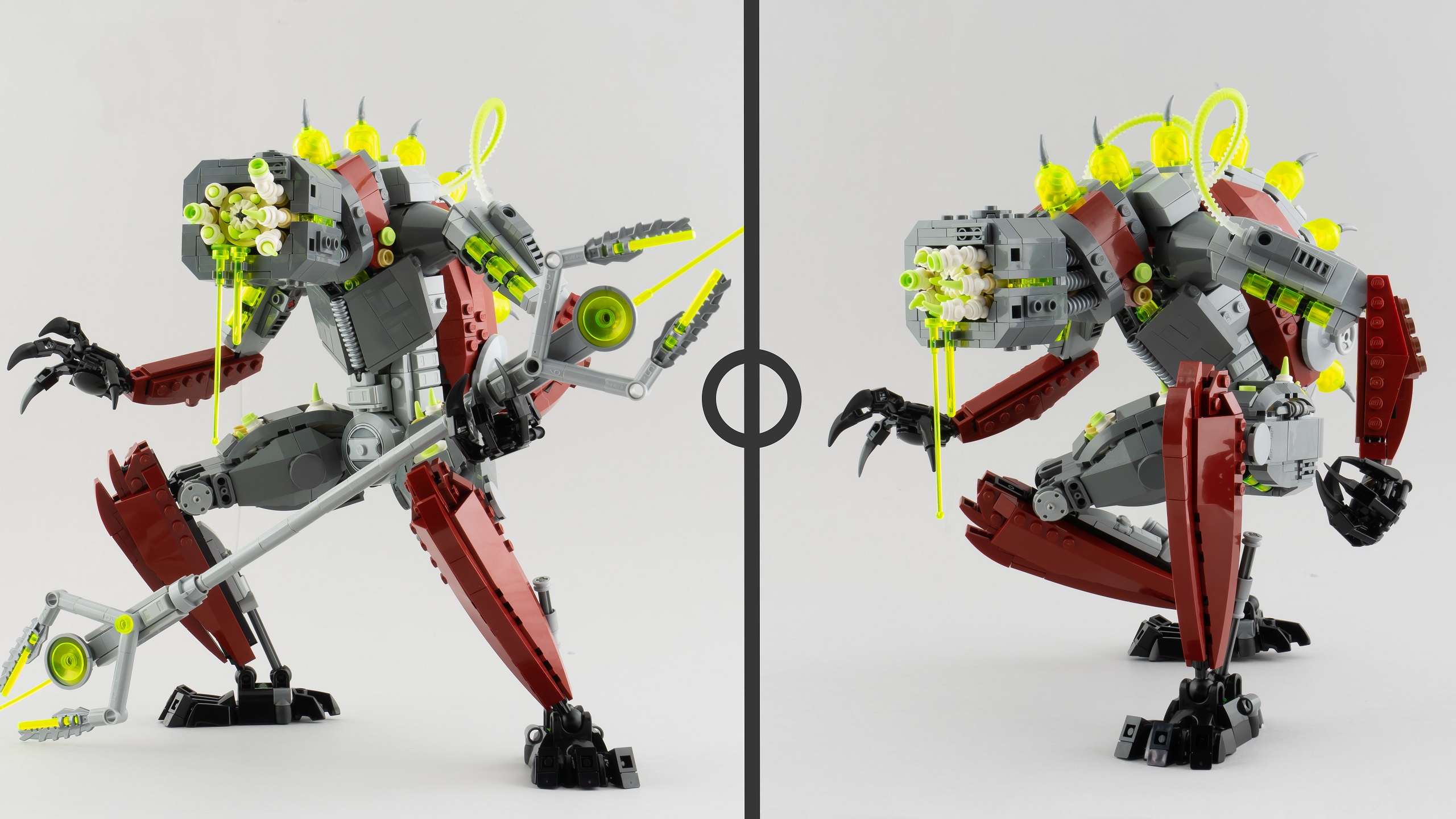 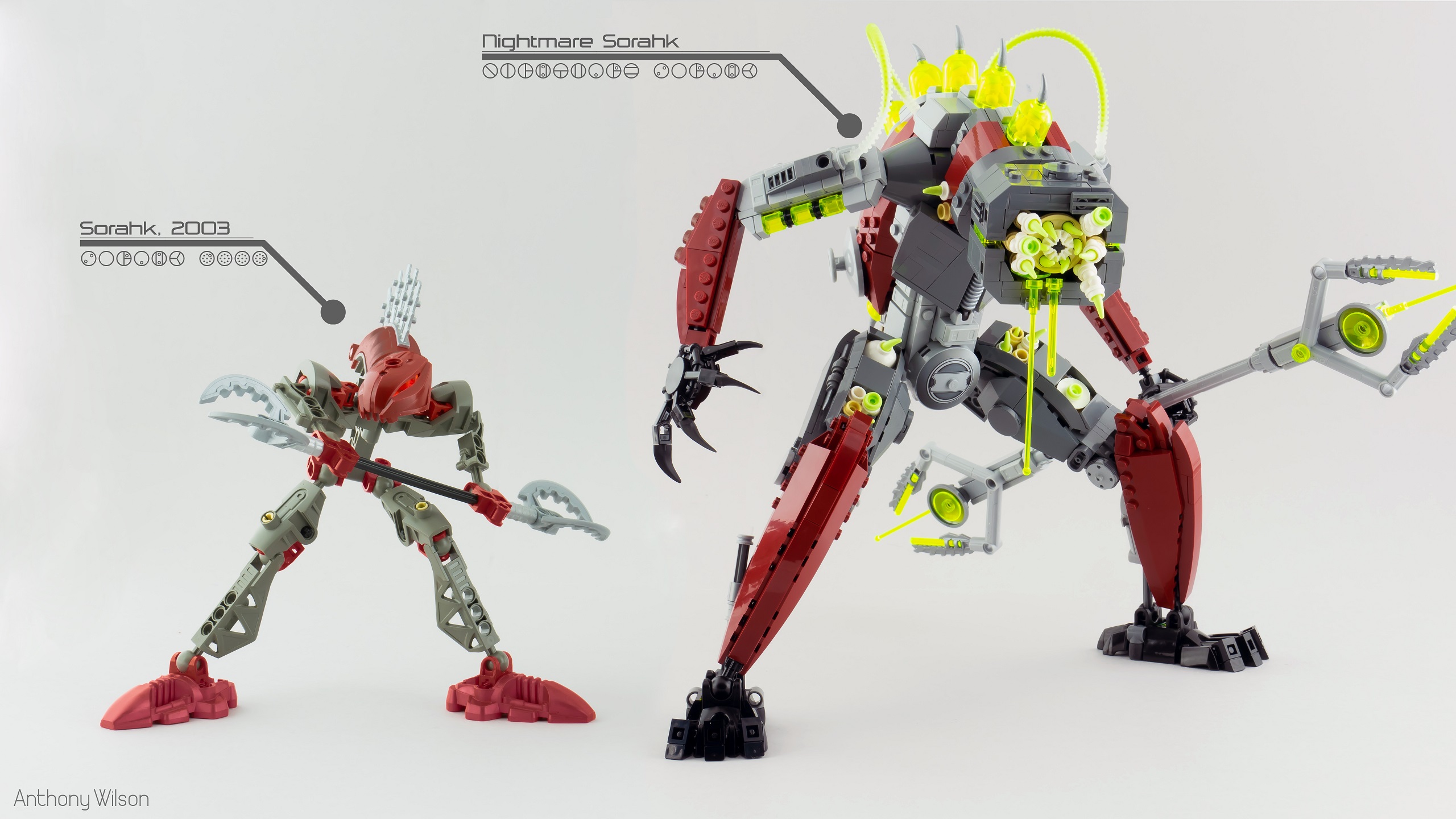 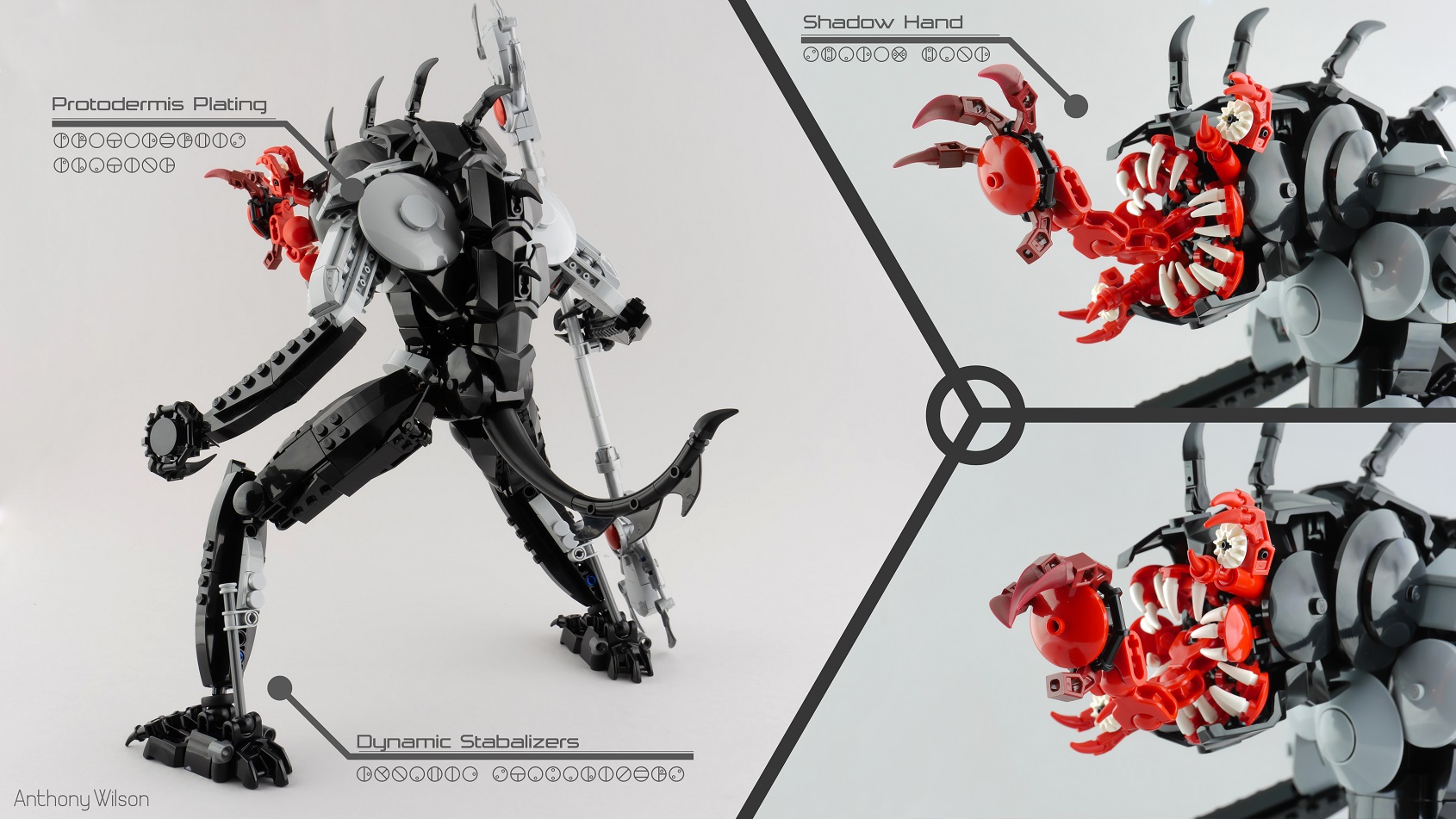 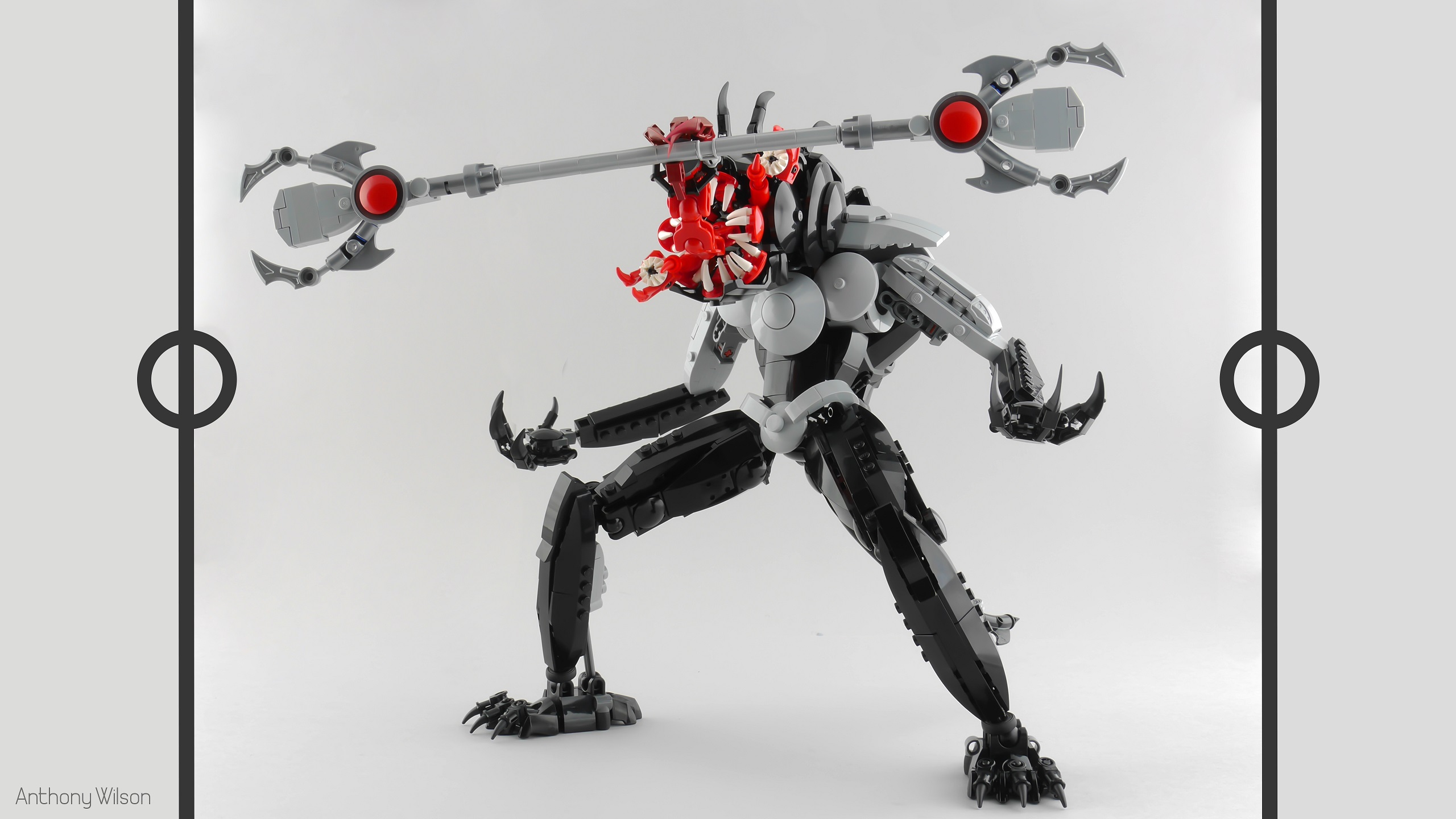 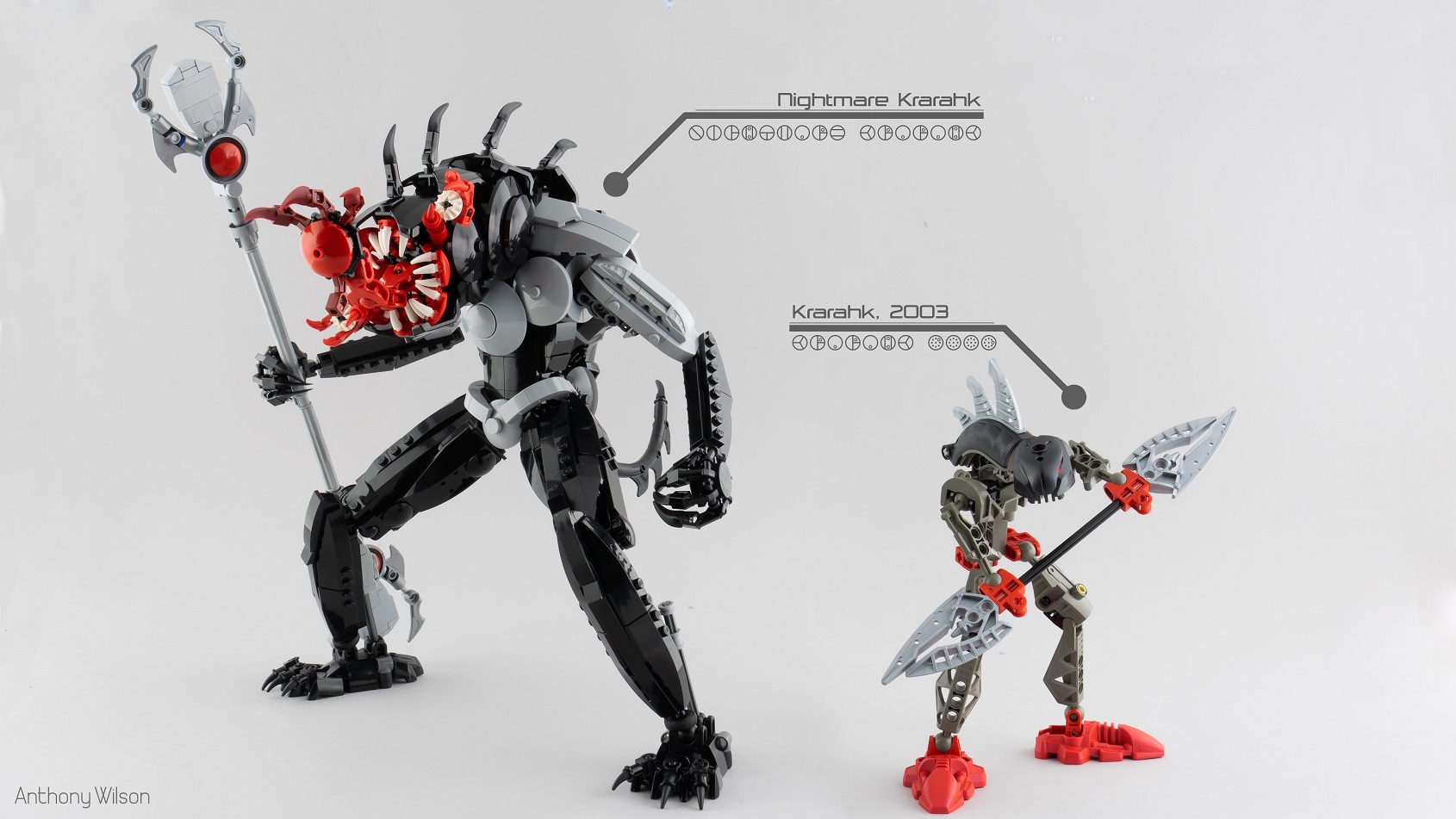 Dude, these are sweet!
I love the techniques used here, and the heads are all amazing.

These are fantastic, I’m lost for words other than look at that. Just wow.

This is absolutely fantastic! Rahkshi seal of approval.

Teach me your ways, these revamps are beyond superb. They are supreme!
Never underestimate yourself!!!

Jokes aside these are incredible, Sorahk is one of the most creative Rahkshi designs I’ve seen recently, and Krarahk is exactly what I thought a “Rahkshi of Darkness” would look like. (Turahk is great too I just couldn’t think of anything else to say about him)

This will terrorize my sleep.

That’s SOOO scary… And the pictures are great!

If these actually did show up in my nightmares, I don’t think I would ever sleep again.

Nightmares indeed - wait, how did you build the '03 version of Sorahk? Are those all pieces we’ve gotten in metru red?

For reasons I cannot comprehend, my last post here was flagged as spam despite being a legitimate response to these MOCs. In the spirit of constructive criticism, I’m going to reiterate that post with more elaboration.

To start: Turahk is TERRIFYING here. This is easily my favorite rendition of it, or any of the OG Rahkshi for that matter, that I’ve seen. The lack of any eyes really sells it while keeping the mouthparts similar to the designs of MoL in terms of articulation; the tongue further accentuates this effect.

That being said, you’d think the Rahkshi with fear powers would be the scariest of the bunch. However, somehow, it’s not. OP managed to outdo himself in the weirdest way imaginable.

Sorahk definitely takes the cake for the most disgusting, off-putting Rahkshi design I’ve ever seen. Not only does its head resemble an eye at first glance (referencing its sleep powers), but on closer inspection, it’s actually got little Kraata coming out of it. The goop is…Kraata juice, I guess?..and the whole thing becomes so gross and unreadable that it’s downright repulsive in a way Turahk just can’t compare to.

Krarahk is a close second by far, being almost if not just as messed up as Sorahk. Firstly, the shadow hand emerging from the ring of fangs is positively unsightly. I can almost hear the visceral squishing and bubbling it must make, and that’s just creepy. But then there’s his eyes. It took me a minute to get it, but they’re actually being clutched by 2 smaller shadow hands. Once more, that’s incredibly vile and disturbing.

In short, these are definitely some of the most derived and yet exceptional Rahkshi MOCs in this series so far. Each one is unique and impressive. But, although it’s making my child self jealous when it stands on its own, Turahk just isn’t as inventive, chilling, or gut-wrenching as the other 2; and so, despite its high quality, given that its powers literally revolve around fear, I must say:

(Good lord, it was hard to find this one in my oversized reaction pic folder…)

Why am I getting PredAlien vibes lol nice job

i’m pretty sure it was flagged for having the gif in there.

I can’t find anything in the rules that forbid the use of reaction images, only replies that consist solely of one image and don’t relate to the discussion. I was making an actual point about the topic by adding a >caption.

It was little more than a meme, I guess.

sorahk is disgusting and i love it

edit: the others are good too
but i’m just in love with how gross sorahk is, it’s absolutely wonderful

Krarahk’s leech like head is absolutely terrifying, in the best way possible

This is probably the best post ever on this board. The pics, the presentation, the builds, the imagination, the monstrosities themselves, the weapons, just everything. That one has maggots spewing out of its mouth!! Oh. Em. Gee.