I was surprised that there wasn’t a topic about The Owl House yet so I made one now. I just finished all of season one, season two is coming soon. From the wiki page- “The Owl House is an American animated fantasy television series created by Dana Terrace and produced by Disney Television Animation. It premiered on Disney Channel on January 10, 2020.[4][5][6] In November 2019, the series was renewed for a second season prior to the series premiere set to release in early 2021.”[7]

The owl house is good, but I prefer Amphibia overall.

King and Lumity are cute though

I’ve personally been really enjoying the show so far. Basically went in blind right when it started airing back in January. Been discussing the show almost week by week with some of the former mods after roping them in to watch it. I’ve loved all the different characters we’ve been introduced to so far even some of the more minor ones. I’m interested to see where things go with Season 2 especially with the new characters it looks like we will be getting. Also, all the PAIN. I’m guessing it’s going to be coming in February or March, as that’s when the rest of season 2 of Amphibia is supposed to continue

If anybody hasn’t had a chance to watch the show yet, please do. It just came out on Disney+ the day that I’m writing this, so you should try and give it a shot

It just came out on Disney+

Really?! Man I wish I watched it on Disney+ then watching it through Kisscartoon, That would have been way easier. 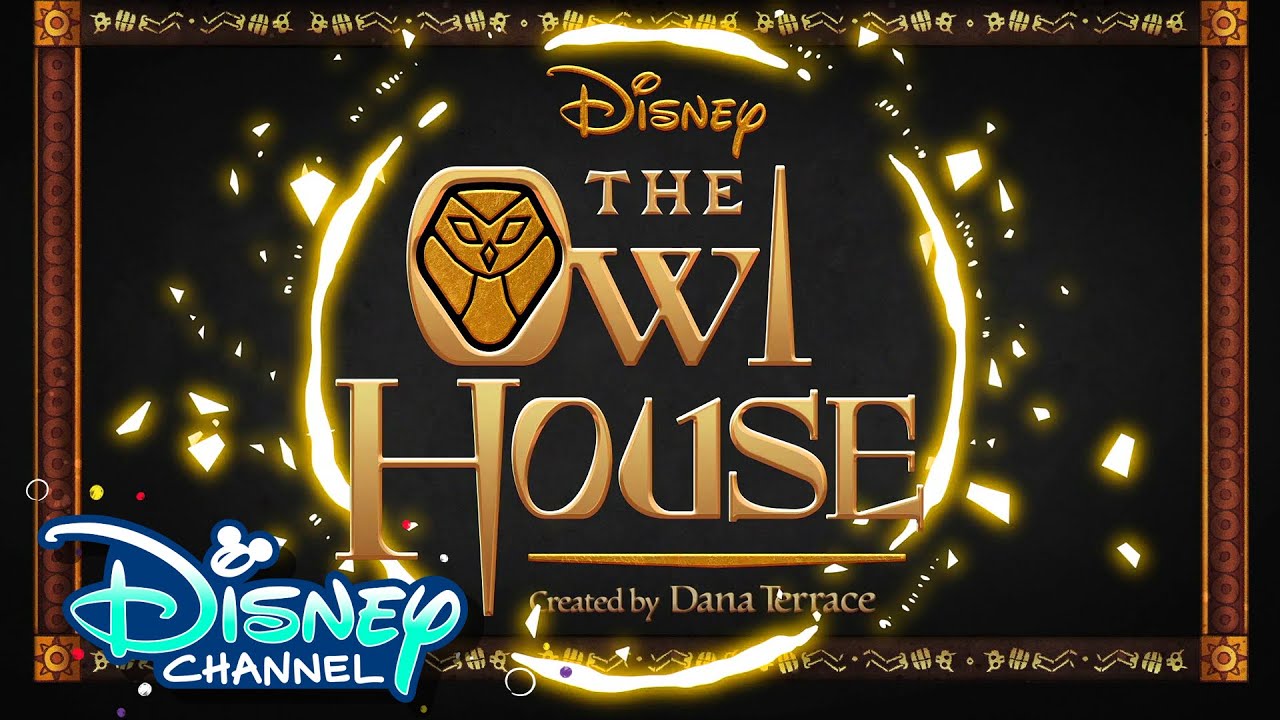 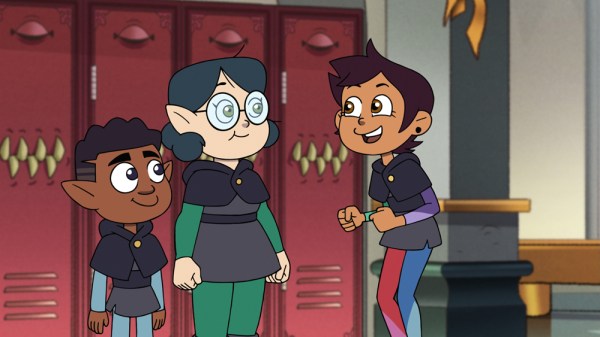 ‘The Owl House’ Renewed For Season 3 By Disney Channel Ahead Of Season 2...

EXCLUSIVE: Disney Channel has picked up a third season of the Peabody-animated fantasy-comedy series The Owl House. The renewal comes ahead of the Season 2 premiere, which has been slotted for Satu…

Looks like we’re getting a season 3 as well, but it’s only going to be three 44-minute episodes. Seems to have been part of the reason why Dana left Twitter in December (She came back a couple of weeks ago) 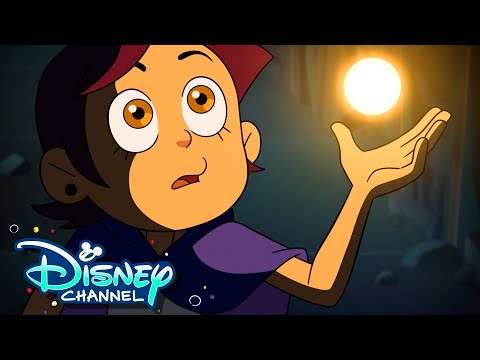 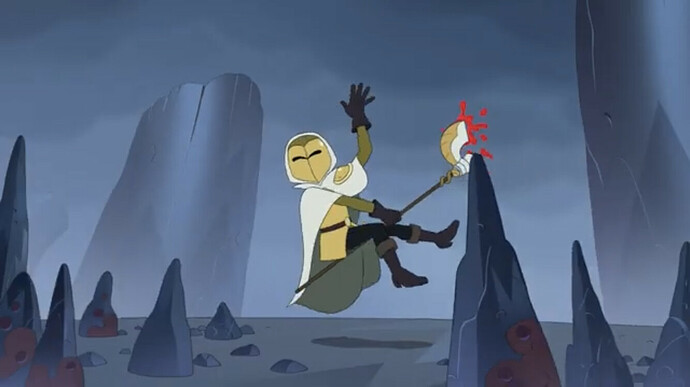 I think Dana Terrace said that he’s her favorite character in season 2.

The fact that this is only season 2A (aka the first 10 episodes) and that this wax the least spoilery they could make the trailer, I’m very excited to see where things go starting next weekend

I think Dana Terrace said that he’s her favorite character in season 2.

Also, don’t know if y’all have heard but the Paley Center is showing the first 2 episodes on Saturday the 5th, (tickets sold out almost a week ago though so there’s no way to get into the event) so try and not accidentally spoil yourself over the next two weeks or so

Edit: Reviving this topic as the first 5 episodes that were announced for season 2 have all aired. I’m aware that there’s been a bunch of leaks being spread around about later episodes (including season 2b), so if you want to discuss those, please put them in spoiler tags

In terms of the first 5 episodes, man, all I have to say is that Dana and the crew are knocking it out of the park so far. You can definitely tell that Dana has a lot more control over this season than she did with season 1. The amount of lore and character development we’ve gotten out of just these 5 episodes has been immense. I can’t wait to see where the rest of the season goes. If anybody who is reading this has not had a chance to see these episodes, they should be up on Disney+ on July 21st

Separate Tides: I would have to say that out of the 5 episodes so far, the first one was kinda the weakest. While we did get introduced to the golden guard, aside from that, we kinda didn’t get much development other then seeing the effects of the finale still looming over the owl house crew.

Escaping Expulsion Loved Odalia, but I feel like we haven’t gotten the full scope of Alador’s character yet. The revelation about the necklace was pretty interesting, especially given that it seems like it’s something that Amity has worn since she was a little kid. We also hit the mutual pining stage in the relationship thanks to Molly Knox Ostertag (if she’s writing an episode you know it’s going to deal with Luz and Amity’s relationship). It was also kinda sweet to see how much Principal Bump cared about the Hexside trio and how he really didn’t want to have to expel them. Also, I like that we got more info about how glyphs work and how they can be combined to perform different spells.

Echoes Of The Past (includes Amphibia S2 spoilers): Probably one of the best, if not the best episode of the season so far. King’s backstory was really interesting and something that will probably be tackled some more in the second half of this season. Baby King is freaking adorable. Alex did an amazing job with voicing King in that episode. Finally, bazooka Hooty was freaking hilarious, along with Edas flying tub (which I completely missed in the first episode). I have a feeling Jean-Luc is going to serve a similar purpose to Frobo from Amphibia.

Keeping Up A-fear-ances (includes She-Ra S4 spoilers): Can definitely tell that the focus of the episode was on anti-vax parents and/or those who buy into MLM-type schemes. Man, I feel bad for Lilith and how she was somewhat ostracized by her mother after she gave Eda the curse. Also didn’t expect to learn how Eda found the portal, but that was pretty cool as well. Also, Lilith and King discussing their parental problems on the couch while eating ice cream kinda reminded me of when Mermista was sulking in her tub after Salineas was destroyed near the end of season 4 of She-Ra. Was also kind of sad to see Lillith go at the end, but I have a feeling this may have been done to save a bit on budget. Also, the fact that there was once another human on the boiling isles wasn’t super surprising, given the forcefield from the very first episode, but still, it was interesting nonetheless. Creepy Luz though, I most definitely wasn’t expecting that right at the end of the episode.

Through the Looking Glass Ruins Glad we finally got another Gus-centered episode (the last one was all the way back near the end of season 1a) and that we also got to learn a bit about Glandus. Also, I like that we got some more development with Matt and I’ll be interested to see where things go from here with him and Gus. Given that it was another Molly episode again, you just knew this was going to focus on Amity and Luz’s relationship at least somewhat and man did this episode deliver. I’ll definitely be interested to see how it’s handled going forwards as shows like this usually save main character relationships until right near the end of the show. I also found it interesting how long ago the human was on the isles, as I was expecting something like the 1800 or 1900s, not the 1600s.

Non-episode-related thoughts: I like that we’re learning more about the covens due to people’s coven symbols on their arms being shown and that we’re going to be meeting the person who is the head of the bard coven in a few weeks. Also, Alador mentioned that Amity could become the head of the Abomination coven with how powerful she is becoming, so we’ll likely be meeting more of them at some point based on the intro. I also like how we’ve now had every single person in the main cast (except for WIlow) have an appearance change in some way since the end of season 1. I hope Willow gets the opportunity at some point, although I have a feeling her track change from right at the beginning of season 1 might be her only one.

Overall, I’m really excited to see what the rest of this season has to offer as based on these first couple of episodes, it looks like we’ve got an amazing season ahead of us