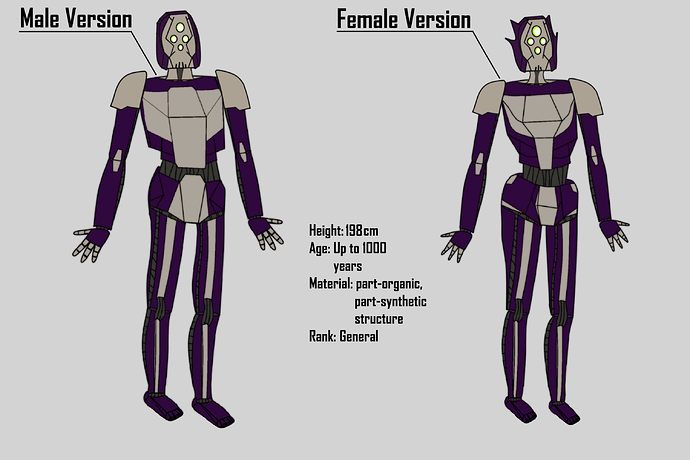 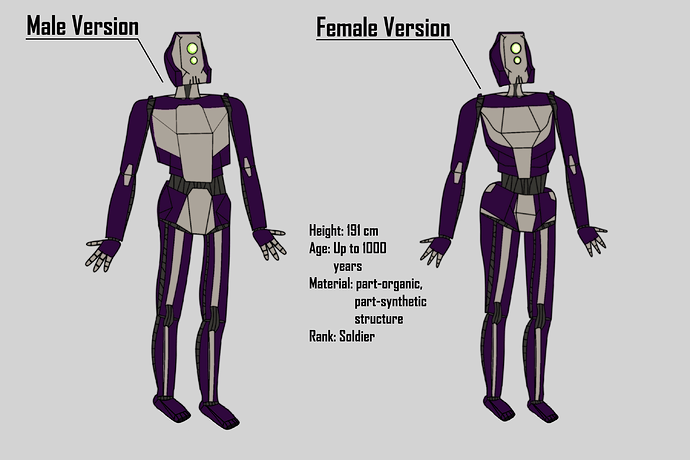 The feet are horrible, but the rest looks alright.
You’ll see that there is nearly no difference between the generals and soldiers except for their eyes, heads, and shoulders. That was actually an error of mine. I accidentally used a tool to make them look better(“Adourcir portrait” in french), but at the same time, modifying parts became difficult and I’m too lazy to begin with a new base. At the same time, Geth(from Mass Effect) have also just small differences, so I hope that it doesn’t create any inconvenience. Yes, love is canon, take that Greg.
BTW, they are related with the Bionicle Universe, because a Great Being once created two of these, and like Adam and Eve,…you know the rest of the story…

like Adam and Eve,…you know the rest of the story…

Yes… Where they exactly live?

You mean the Selix, well Ihaven’t decided much on their backstory yet.

When you finish it, send me a message with it!