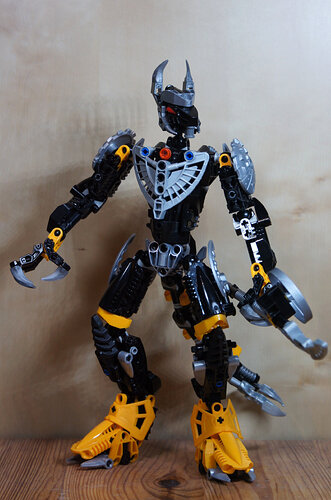 The combiner model always was pretty weird, so I decided to build something better. Still tried to stay somewhat close to the original, however. By the way it is canon that the original’s third leg is supposed to be a tail in-universe.

Personally really happy how this turned out - even if I had to sacrifice a little bit of poseability here and there. Also I would’ve liked to add a little more keetorange to the back, but couldn’t really come up with a way to do that that wouldn’t look weird on the front. 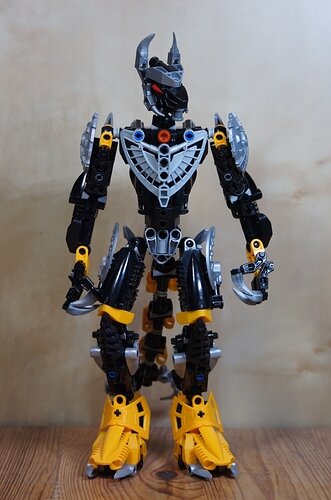 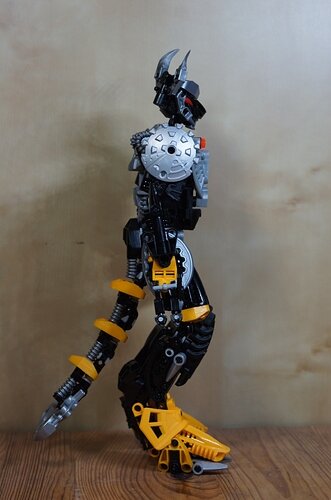 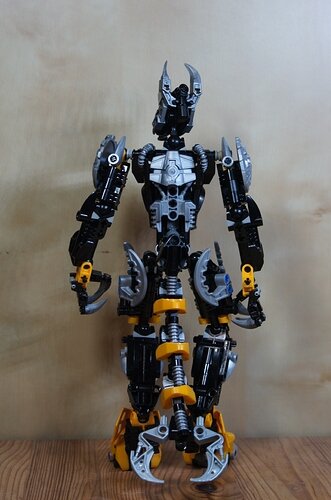 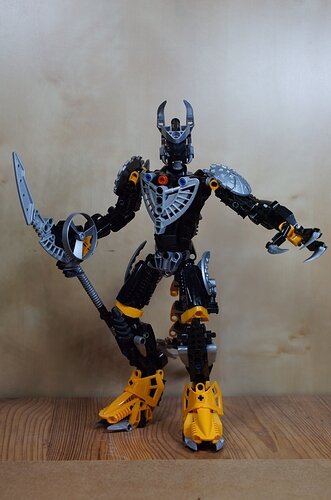 If you feel like he should have a cloak - I tried out Zhun’s on him. Fits actually pretty well except for the hood. 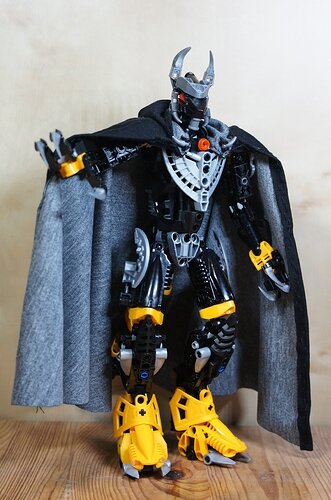 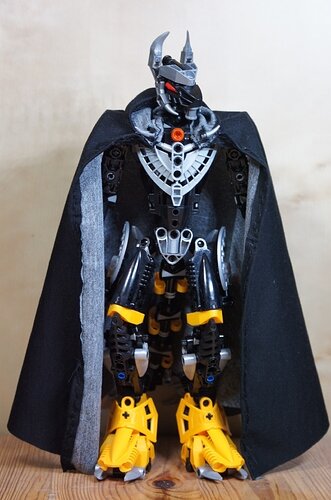 He looks really good! Much better than the original.

it is canon that the original’s third leg is supposed to be a tail in-universe.

Wait, really? For some reason, I always thought it was some sort of throne. That’s much cooler.

Great revamp! Totally agree with you that the original combiner always looked rather odd. I like that the tail is actually a tail as opposed to a leg, and that the tail is also not just acting as a stand to keep the model balanced while standing.
Out of curiosity, does the staff tab into the hand or does it just rely on the fingers to grip onto it?

Only the fingers hold the staff. I personally prefer that to any attachment constructions whenever possible.

I only worry about it my builds for longevity purposes, especially for characters carrying heavy weapons. This build, however, doesn’t seem to have that problem upon closer inspection due to how physically light the staff is. Again, great work!

Now THIS is a great revamp, I love the legs, and the whole design. Neat!

The legs are absolutely fantastic! And the rest… Doesn’t seem to fit. The torso, while solid and nicely built, looks like it doesn’t belong with the legs. The arms in comparison to the legs seem unfinished and clunky, and the character’s physical build doesn’t seem to match what the legs set as a standard.

Work on lengthening the torso a little, build the arms to match, and instead of making him a perfect statue, give him some more expression in the build of his torso - maybe a slight hunch in the stomach, a bulkier chest/shoulders, etc.

Better then the actual set…

Ooo, this is pretty nice! My one problem is that it could probably use more yellow, though I understand if the color-blocking is something you’re trying to carry over from the original (I don’t have too good a memory of what that looks like).

Get your memory back with this:
https://goo.gl/images/5vzYMU

really good shaping on the legs

The legs are absolutely fantastic! And the rest… Doesn’t seem to fit.

I suspect that’s due to the smooth texture of the legs which everything else kinda lacks a bit. I suppose it’d be tough but doable to make the torso have a smoother texture, but as to the arms I’d actually say it’s close to impossible in this Technic building style, especially since I want to keep teh Nuhvok Kal shields.