Unity between land and sky incarnate

Built for round 2 of BioCup2020
Theme: Regional Mythology and Folklore
Subtheme: Central and Western Asia 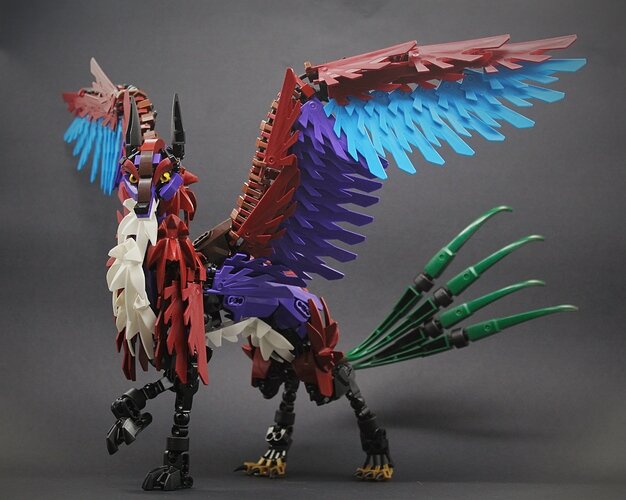 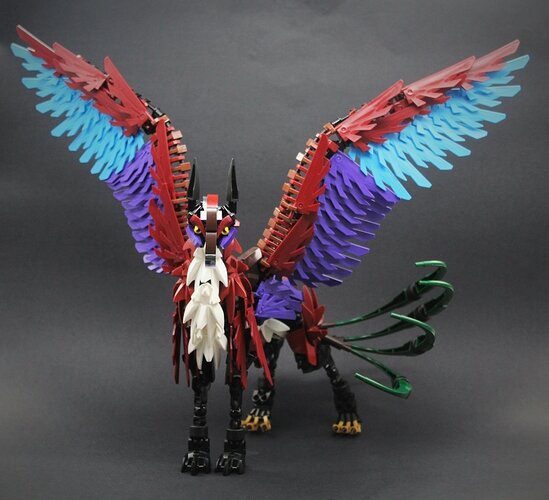 This is absolutely astonishing!

The legs look a bit incomplete, but the rest of the MOC looks amazing!

Those wings are gorgeous.

I could stare at those wings for hours! This looks absolutely unbelievable!

God, I love your MOCs.

Wow! This is cool! Well done

I am a fan of the mythological figure of the Simurgh. It is a rainbow of birds. The voice which encompasses their feathered hymn. As a dragon whose extremities encompass the animal kingdom – so is the Simurgh an almagamation of the skies, a rainbow-like creatures, a sum of the colors of the light spectrum.

Now your Simurgh, I saw it on Instagram. I laughed to myself. It is totally a Gryphon. Not my Simurgh but you see, I was wrong, as now I see the tail of a rooster. You should give it bigger eyes, the eyes of an owl. It would make it cuter. Great use of the treadwheels for the wings. Saying that, I am eager too see how you further improve it, where does it fail and where does it succeed? we shall see. In a near future, I would love to see a Garuda or thunderbird built by you. Great work as always.