The Tales of the Inter-Universal Travel Police(Signup)

Transmission Start
This is officer J3FR37 transmitting from the new base being set up in Universe 1920074-A, establishing contact with IUTP headquarters after arrival. The base has reached primary operation, and we are requesting documentation for all officers being sent to us, as well as the criminals we know of that are suspected to be in this area of the multiverse. Please send these as quickly as possible, so we can make accommodations.
Transmission Terminated

Sent with the transmission were the document formats for the different categories of information they wanted.
For Nulei

OOC Information
Mission Statement
The Inter-Universal Travel Police are an organization that stops crime on a multiversal scale, particularly crimes no universal organization could counteract, such as unauthorized interuniversal travel.

Nulei (Organic officers)
Raised from creation on an IUTP base to be officers, they are trained to be perfect in terms of fighting capability and intelligence(to varying degrees of success.) 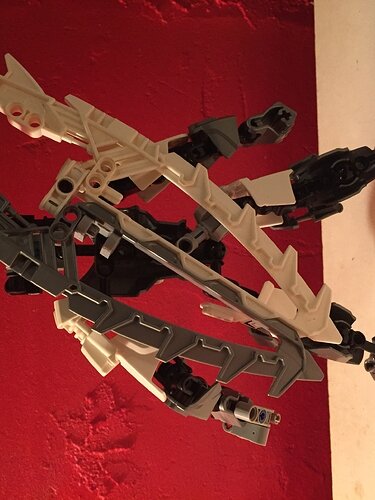 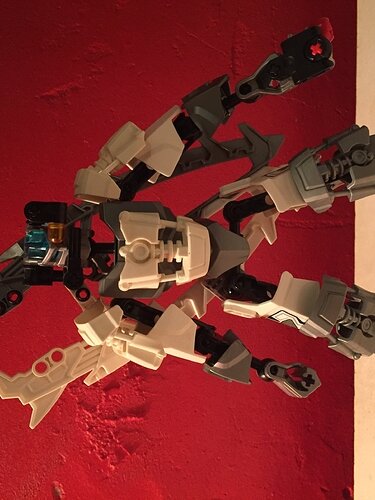 BFF5F76A-79AB-424D-9769-3F6D83BEF6DC.jpeg3264×2448 1.26 MB
Generally used for basic search-and-capture missions, along with less use on most other types of missions(a jack-of-all-trades type of officer.) Basic equipment includes a multi-tool board(1), a graviportal taser(2), and a standard audio-visual display headset.
Spytek- 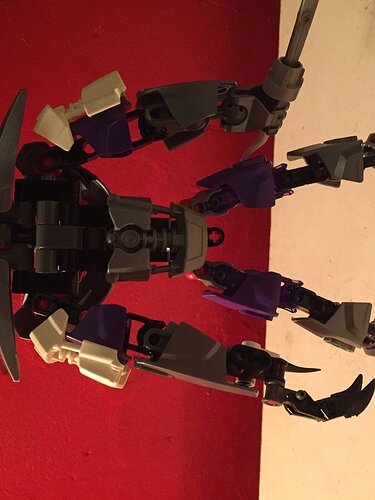 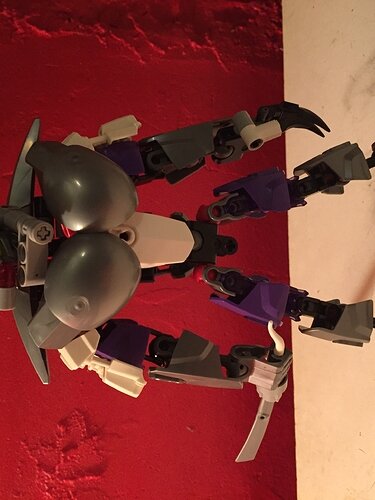 87BB78B4-26D0-4B83-92C4-584B955845EE.jpeg3264×2448 1.15 MB
Generally used for secretive and stealthy missions, with emphasis on technological tampering/retrieval. More equipped for stealth than battle, so usually paired up with at least one other officer of any class. Basic equipment includes enhanced flexibility and mobility, specifically in the waist area, A techno-gauntlet(3), a flash-dagger(4), and an enhanced range audio-visual display headset, complete with signal disruptors and tamperers.
Buster- 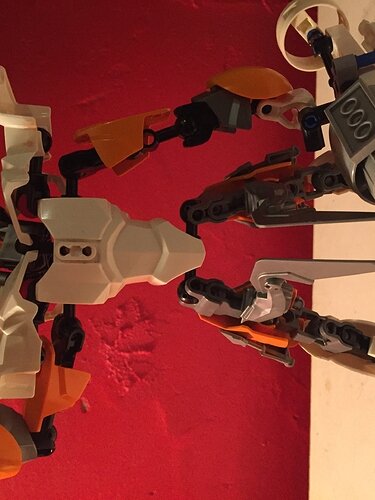 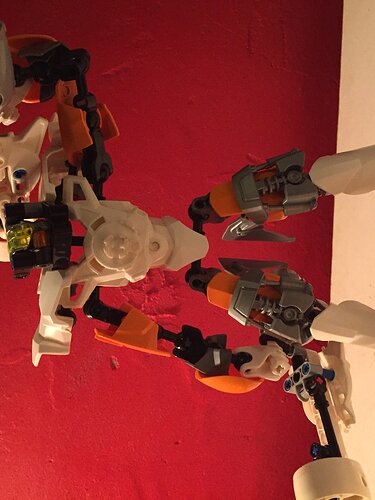 8D76BA11-C8AA-48BA-BD8D-5F953ED6465A.jpeg3264×2448 1.29 MB
Generally used for outright fighting scenarios or missions where intense fighting is predicted, along with being used as guards during other types of important missions. Standard equipment includes leg-mounted speed boosters, 2 soniblast cannon-arms(5), and a heavy duty audio-visual display headset, including full face-guard.

(1)A device that is usually a hoverboard, but can be split into two bladed weapons or attach to the graviportal taser in a shield-like configuration.
(2)A gun-like device that can connect to points in space through portals, pick up objects using gravitational manipulation, or tase the target.
(3)A device capable of connecting to and hacking into most technological devices. Contains a flashbang producer in the palm for enemy disorientation.
(4)A small dagger that can also release weak flashes of light, and even shoot out stunning lasers.
(5)Large cannons carried in the hand or over the shoulder. Creates large sonic blasts to harm and throw back opponents, with durable structure for melee attacks.

IUTP Non-Sentient Robotic Officers
Despite the name, NSROs are a semi-sentient model of robot built by the IUTP as a way to quickly gain troops they would need for covering the vast multiverse. They are built to have a personality and conscience, but still follow orders of superiors with little to no question. 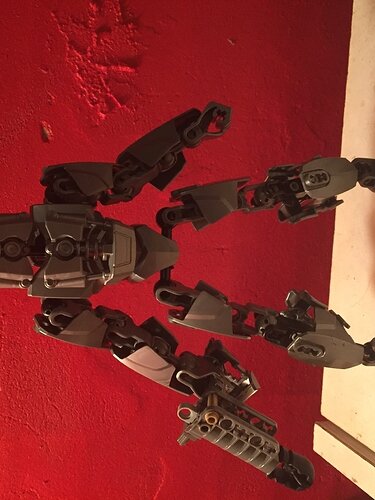 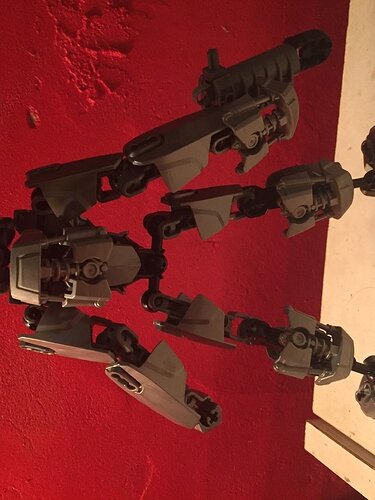 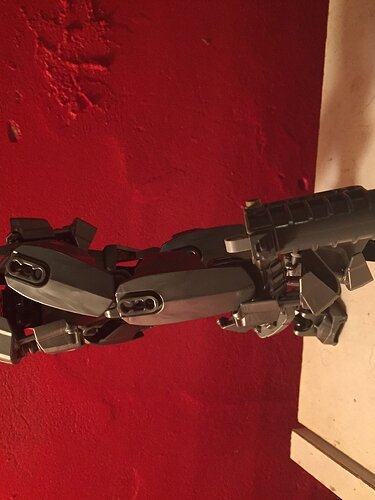 472CEC39-8EF3-4171-AF69-2A0639316E5C.jpeg3264×2448 1.66 MB
Built with durability in mind, sacrificing some mobility in the process. Carry an old model blaster, one that must be reloaded manually with ammunition. Has no melee weapon. Can take more hits than Mk II or Mk III, however it also cannot move as quickly and has more of a chance of critical AI failure.
Mk II- 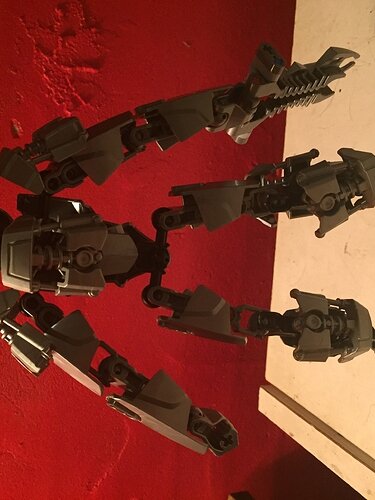 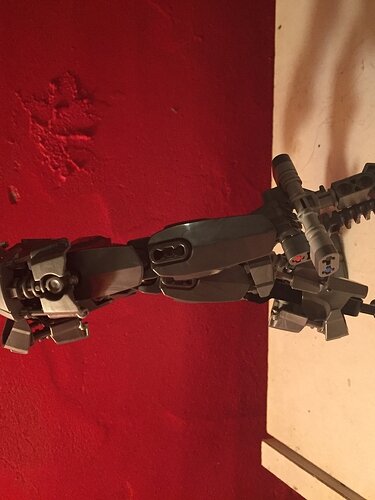 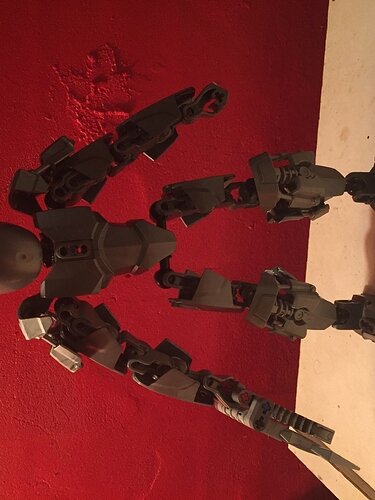 ACF5EFF0-6CD8-4E95-868E-759BA56209A5.jpeg3264×2448 1.84 MB
Advances in metallurgy led to this model having more mobility than the Mk I without sacrificing much durability. However, the gaps in their armor can prove to be a weakpoint. Equipped with an older model blaster that takes energy from the air, with long reload time, and an electrical dagger on top of it. Critical AI failure is less likely, but still a risk.
Mk III- 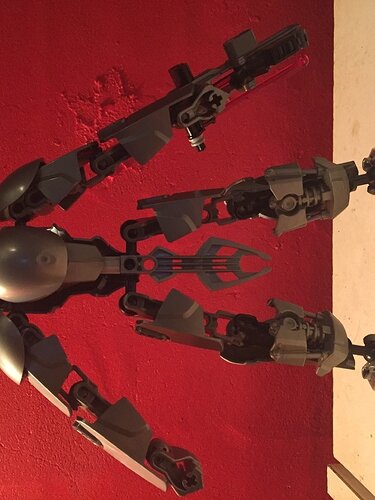 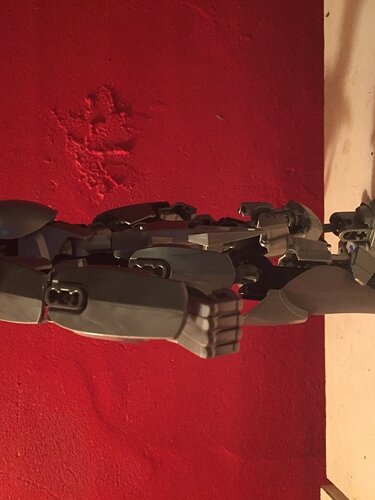 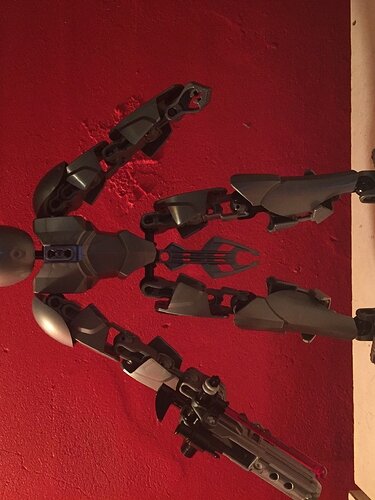 047D8AFA-572B-4F91-B6C7-0D06E0EA9BA1.jpeg3264×2448 1.92 MB
Mobility upped even more, however durability takes more of a hit. They are programmed to be more daring than the previous iterations. Equipped with modern model of blaster, one unfortunately prone to overheating after prolonged use, and a dagger for melee encounters.
*Commander Rank NSROs are equipped with a laser-reflective half-cape, draped over their right arm, along with updated programming to fit role. They include no additional changes besides these.

OOC Signup info.
Officer designations will follow the pattern of L#LL##, with L standing in for a letter and # standing in for a number, and NSRO serial numbers following the pattern of #####-##. Despite this, your characters can still have unique names, those being their nicknames, that isn’t put on the signup for the reasoning of it being an IC signup.

Additional Equipment: Generally, some Veterans and Commanders will have acquired their own personal equipment throughout their travels, including weapons and other useful devices. These are listed here.

Crime: While the biggest crime the IUTP is responsible for stopping is unauthorized interuniversal travel, it is not above stopping other crimes. Almost any crime they catch wind of could wind someone up on the list.

Threat Level: A criminal’s Threat Level is a shorthand way of showing how dangerous a criminal would be on a scale of 1-5, with one being easily taken down by one or two officers, and 5 being a universal-class threat. The highest I’d like criminals to be in this RP (at least for now) is a 3, maybe a 4.

Maybe I should have said earlier, but no need to put the category yourself. The signups are different enough that I’ll be able to differentiate.

Also, for future reference, as long as I’ve liked the post, consider yourself accepted

I thought this would’ve gained more traction by now