The Tinkerer Vs. The Backstabber: Battle for the Mask of Infinite Knowledge

This is my first post on the message Boards. This is not my first ever MOC, But it is the first one I picked up to start with. I have a lot more MOCs coming, so stay tuned.

So my inspiration for this was that I saw how similar the masks for the protectors were and thought, “Hey, why don’t I use the three masks that i have to expand on that idea?” So I did, and here we are. I imagine that these would have been sold both in the same set. 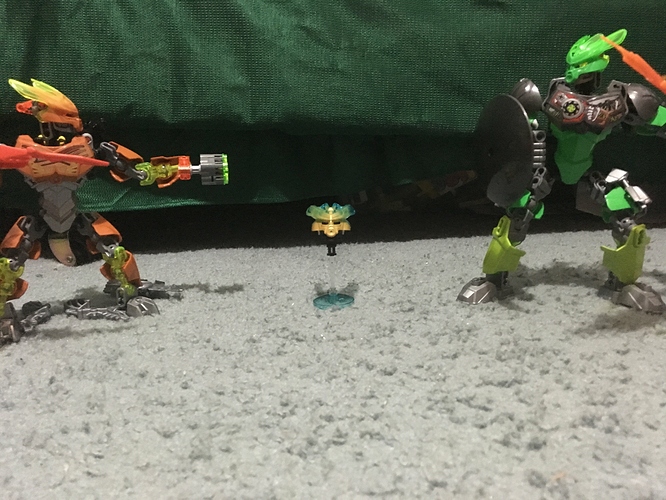 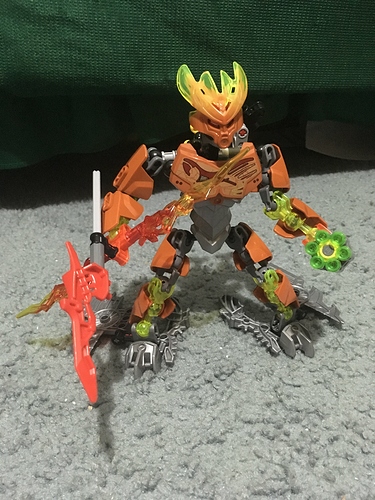 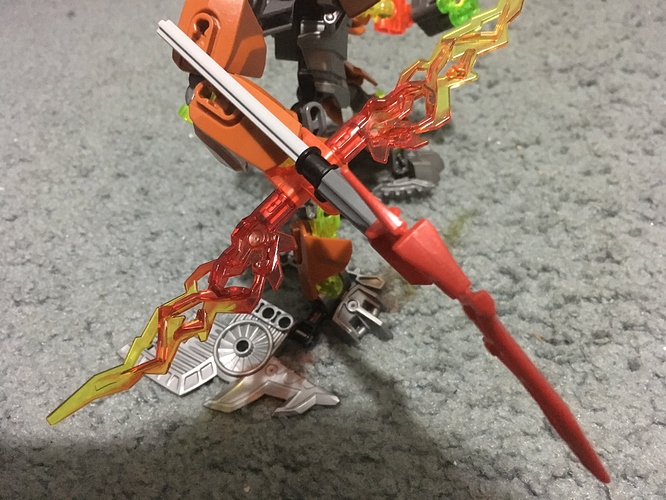 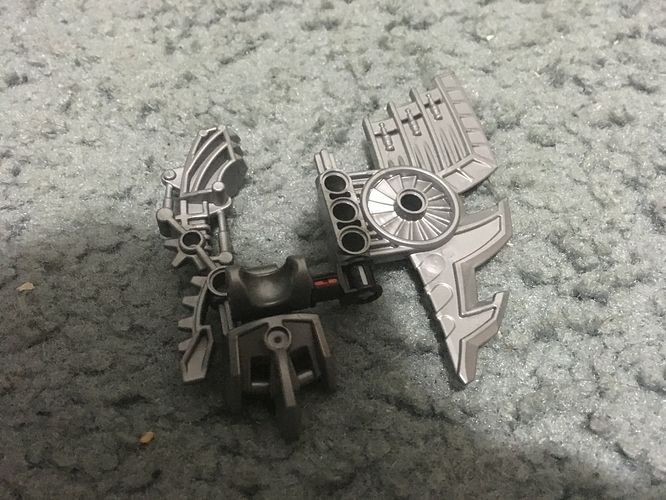 The Backstabber leeches off of the hard work of others. He never has any original ideas, and steals from the success of those around him. If the situation calls for it, his bow can be removed and placed on his back, with the arrow being converted into a spear for him to use in close-range 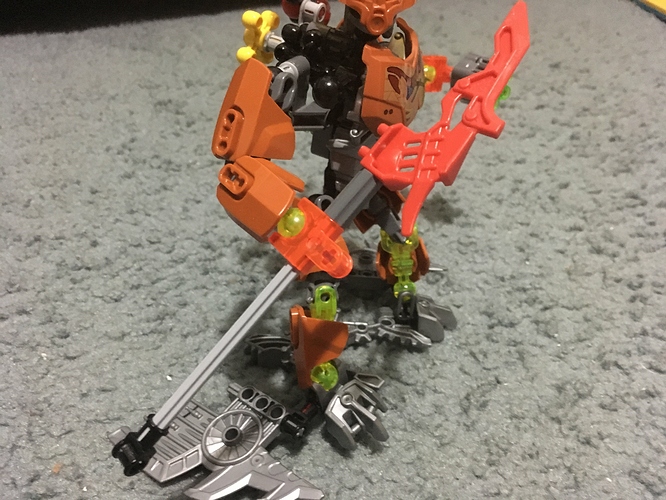 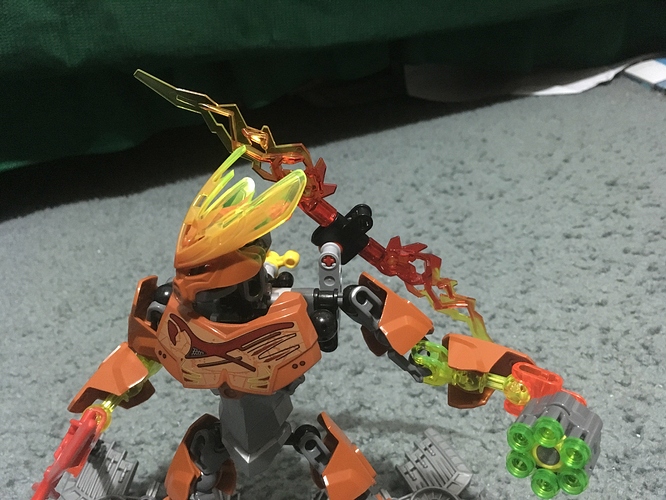 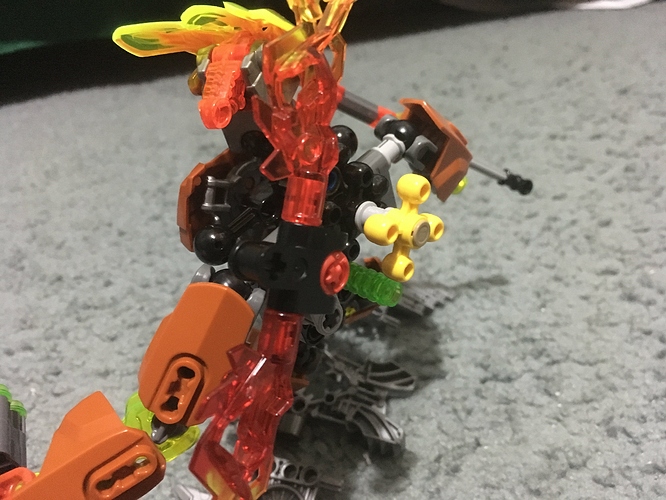 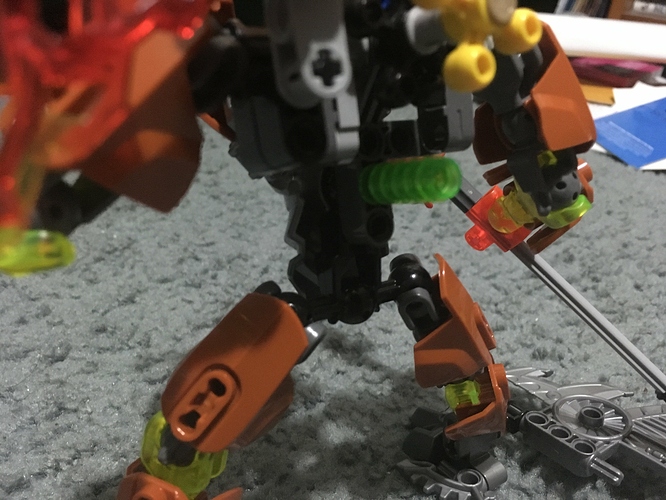 The action feature on his back makes the right arm swing.

Now we get to The Tinkerer (the hero). 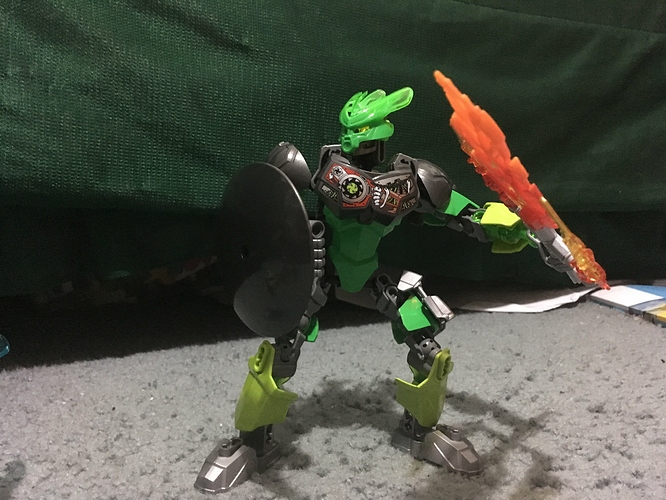 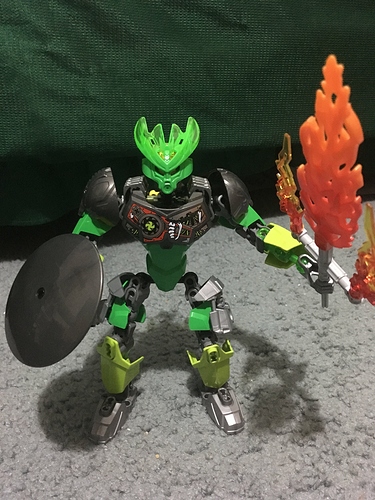 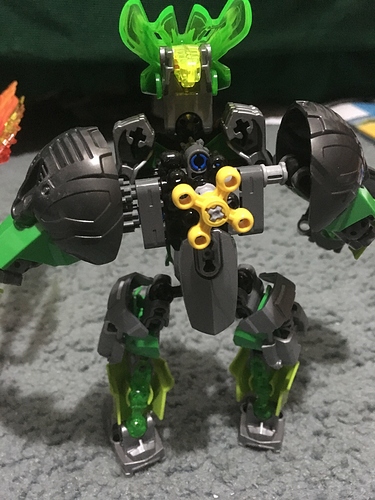 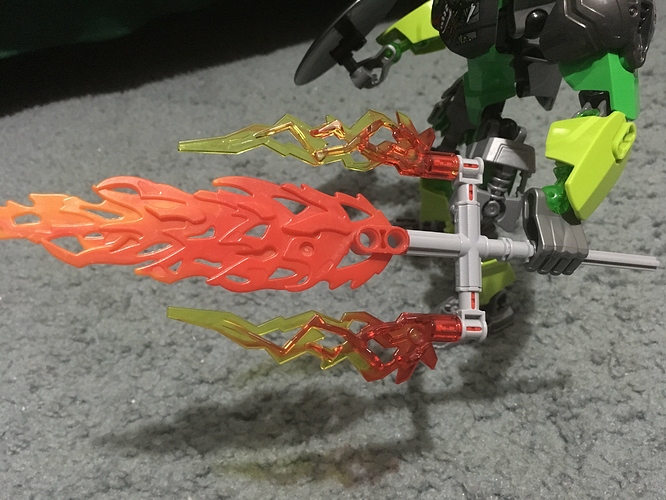 The Tinkerer has experimented on multiple different objects and specimens, including himself. One experiment went completely wrong, leaving him with a permanent scar and forcing him to use machines to help him survive (notice the chest plate). The flame guard on his sword can spin creating fire tornadoes to slash forward at his enemies. the action feature makes his left arm slash up and down. He Grabbed a shield, and modified it slightly to be able to block the stud shooter from The Backstabber, which has ammo that seeks out The Tinkerer.

Now the question remains, “Why are they fighting each other?”
The answer is because the Mask of Infinite Knowledge appeared in a vision to both of them at the same time, claiming “You are destined to wear this mask, and gain knowledge of all the secrets of the MULTIVERSE. However, you must first hunt down the location, and kill the other, who claims he is the rightful inheritor.” 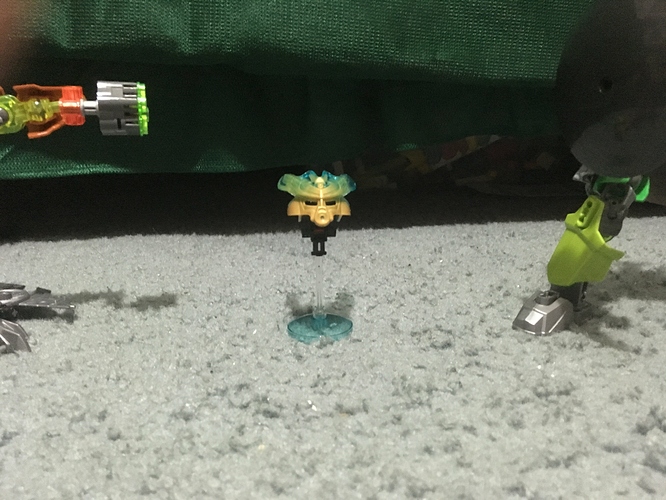 Because they both believe that they are destined to wear the mask, they are in a fight to the DEATH, that has no end in sight. Whenever one of them seems to be winning, the other one surprises them and the battle resumes…

The protectors mask doesn’t contrast well with their body’s.

The Backstabber:
The lack of fist make him look incomplete and the feet are weird.

The Tinker:
This moc has better coverage but still as basic from Backstabber.

I like the fist pieces on The Tinkerer’s torso.

First of all, thanks for your constructive criticism.

@Square I made The Tinkerer first and he was originally made to be a standalone Character to handle some of the other villains I had made in the past (one of which I am hoping to post as soon as possible, he will probably be the next post I make).

I had modeled The Backstabber after The Tinkerer (notice the bone structure). I had intended for him to basically be the complete opposite (right hand dominant instead of left hand dominant, and with different hands/feet, etc). I had considered the possibility of maybe having PRIDE be one of the downfalls of The Tinkerer, because he is taller, better equipped, looks much stronger.

The hands for The Backstabber would not be able to do everything I want them to do if they were normal hands. Also, the extra studs on The Backstabber’s back are only there cuz I have nowhere else to put them, and I don’t want to lose the pieces.

If you view the masks and take into account the translucent bones, you’ll notice the similarities.

I like the fist pieces on The Tinkerer’s torso.

Thanks, I thought they looked pretty cool as sort of ridges and spikes in the armor

This moc has better coverage but still as basic from Backstabber

what’s wrong with Basic exactly?? Yah it’s plain but it’s seems fairly clean, a decent color scheme and some pretty ok weapons. Not All MOC’s have to be massive constructs that are masterful intergrations of CCBS and Technic

I can agree that the hands are bit wonky, I think it has more to do with that use of trans-orange vs Black or Grey. The feet do seem off but I feel your comment is less constructive criticism and more negative rather than helpful

@Toa_Kongu I’d recommend toying around with the asymmetry, maybe try like smaller blades or something(?)

The protectors mask doesn’t contrast well with their body’s

I think the Tinkers is fine tbh.
@Toa_Kongu might wanna try something to break up the the lack of contrast with Backstabber though.

Overall I think Tinker is fine, but BackStabber might need a bit of work. I understand the limitations of those Hero Factory hands though, they do kind of interfere with certain connections that you can make with normal connectors.

I understand the limitations of those Hero Factory hands though, they do kind of interfere with certain connections that you can make with normal connectors.

Exactly! I need the left hand for the backstabber to rotate 360 degrees without looking weird, and the right hand needs to have all three connections for the bow. I was able to use the hands on the tinkerer with no problem at all, though.

I have updated The Backstabber. I will post pictures ASAP. He went a little bit power hungry…

And who will survive?