In the time before time (after the reunion of Bara Magna, Bota Magna and Aqua Magna) eight mighty heroes, the Toa Nuva, Toa Takanuva and Toa Voriki are lost on the new planet of Spherus Magna. Toa Tahu, Gali, Onua and Takanuva are on Spherus Magna, Lewa and Voriki on Bota Magna and Kopaka and Pohatu are on the Red Star, but they don’t know one thing: they were watched all of their lives. Only six or seven persons know by who.
After the Shattering, the Great Being Heremus transform himself into a Matoran like Velika. Heremus was now a Ce-Matoran and he knew about the Toa Mata, because he had the power to see in the future. He went there right when Toa Helryx was commanding the build of Toa Gali. He take here somewhere else and told here than he want a better Toa Team, a team who will not do the same mistakes as as Toa Mata will do. Helryx accept it, so now, from the moment they were build until now, Tahu, Gali, Pohatu, Kopaka, Onua, Lewa, Takanuva and Voriki were watched by a team of Ce-Matorans, including Heremus, who noted every single mistake that they did in their existence. With this information, the remain Av-Matorans workers started to build new Toa Team with seven different Toa:

This powerful Toa are programmed to be more powerful than the Toa Nuva, but I have only one problem: I don’t build them yet. And I don’t know how…

So here is the reason why this topic is at this category. It is created for the TTV Crew who are mentioned above to tell me how they want their self-moc to look. I will @ they here and I want to send me an individual message if they have something to tell me. You can give me some suggestions too!

What the heck did I just read.

This is actually pretty funny, and an interesting idea.

What the heck did I just read.

I’m just kidding. It means that I’m kind of surprised by the idea, but it isn’t a bad one by any means.

I just wanted my own TTV Crew. Do you have any suggestion?

No, this is actually pretty perfect the way it is. I could see a series being built from this. And I think this should be moved to the Literature forum.

No, I mean, do you have any suggestion for the mocs? I want to make some comic topics.

I guess, maybe just look at the Crew’s own Self-MOCs, and go from there.

Can you link me the page?

I actually don’t know a specific topic on where to view the TTV Self-Mocs. 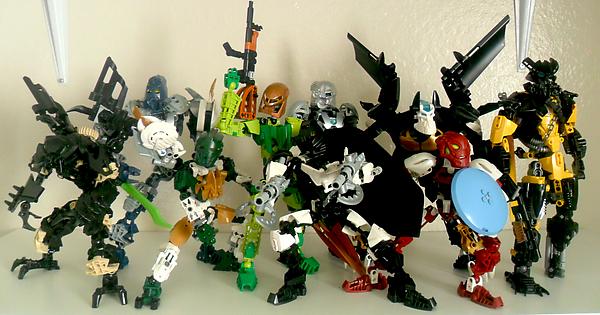 Who is Ben? And I want to be clear that I want to do some MOCs/MOVs.

Yeah, that’s the picture I was referring too.

Oooooo! I know this! But where?

Eljay should be a Toa of Mangosteen instead.