The Toa Manahou. Born in a world where every Toa has a default form, and none are more powerful than the original Toa, the Toa Mata. They reside underground, away from the anarchy that is the Great Spirit Robot. 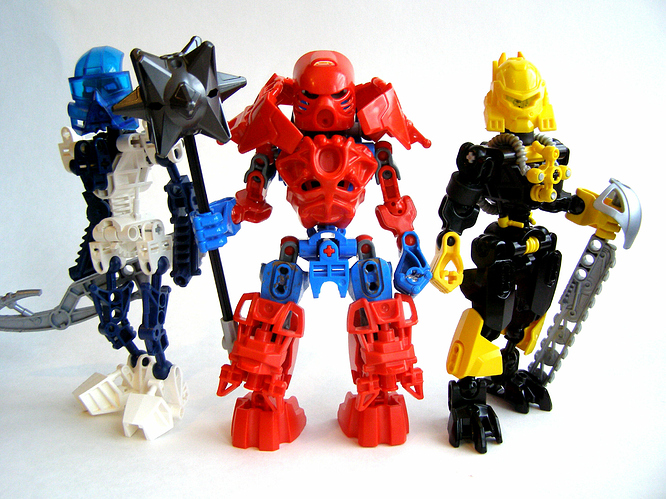 Tiaki, Toa of Lightning. She is one of the oldest Toa in existence, and witnessed the destruction of the Toa Mata. Though not particularly powerful, she has managed to survive due to her wit and creativity. Her weapon is a Vahki Zadahk staff, enabling her targets to follow suggestions from almost anyone. 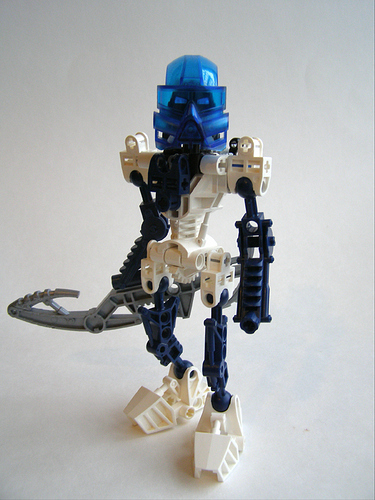 So, this is the most basic build. She was built enitrely out of spare parts. 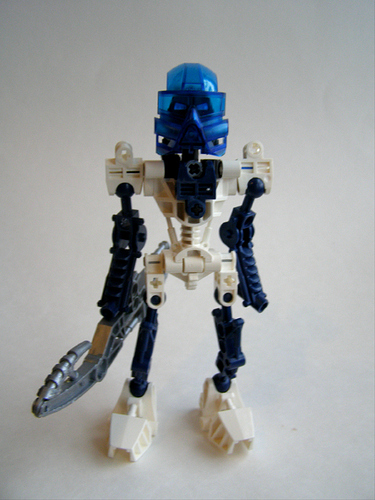 I honestly don’t expect criticism for this one. She’s basically just a Gali clone in terms of build 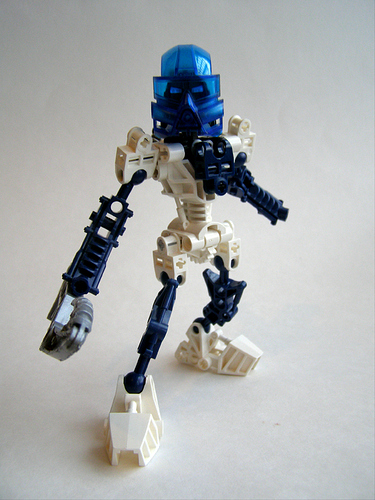 Kiriuka, the Invincible. Nobody knows her element, nor has she exhibited any powers, but her armor and prowess with her mace are widely known. She was a key factor in allowing the Matoran and the remaining Toa to safely evacuate underground. 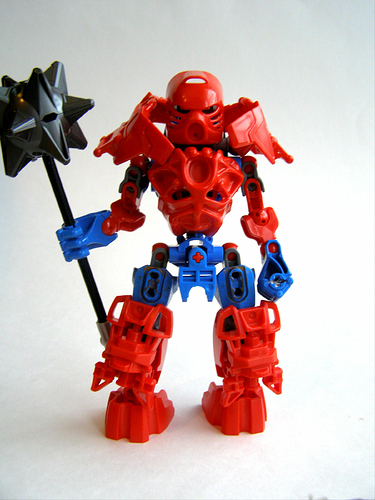 Kiriuka is undoubtedly the most complex out of all the Toa here. Her build includes a total of a whopping ELEVEN ball joints. 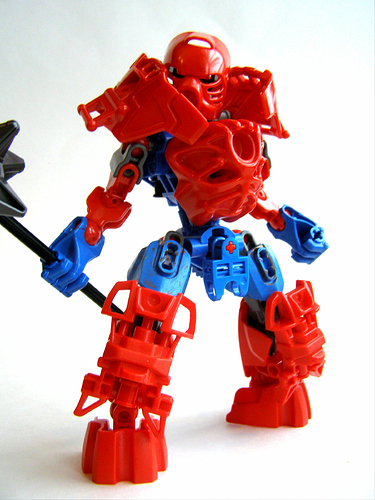 But the ball joints it took to make her was worth it, because dang is she cool. 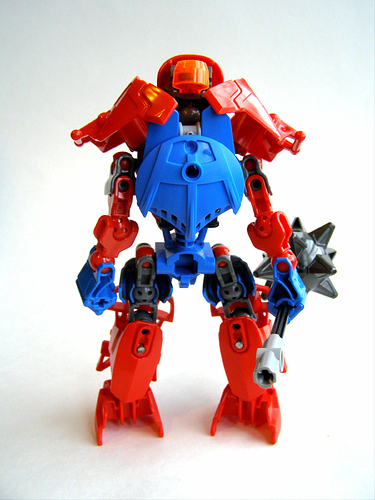 And here is a back view. 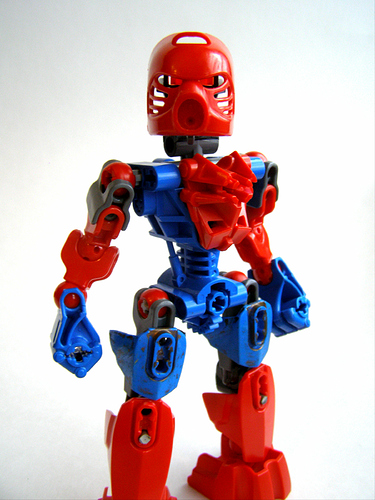 And her without her extensive armor.
(don’t mention the neck; she’s sensitive about it. (Also, something is wrong with the Mata torso I used to build her.))

Wakari, Toa of Earth. Always prepared, Wakari serves as a leader among the community of Matoran, and serves as a teacher, being well accustomed to the lifestyle of underground living. The respect granted to her is so great, she was given a powerful interdimensional relic as her weapon, which also serves as a status symbol 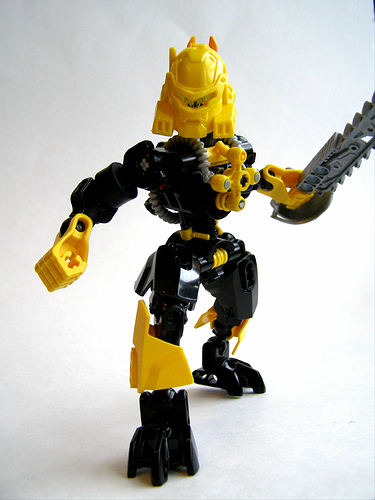 Wakari is one of my favorites, due to her colorscheme, as well as the good-looking simplicity of her armor. 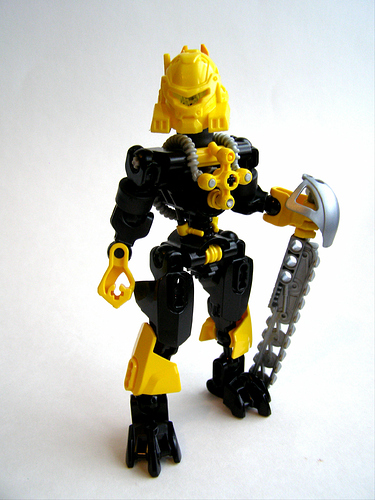 I’ve never had the opportunity to build a yellow moc 'till now. 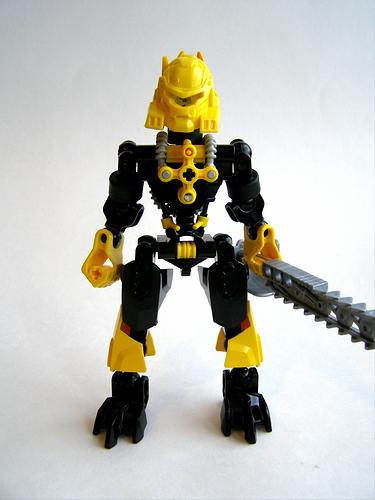 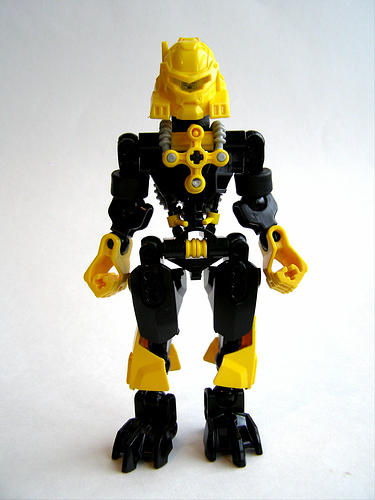 She was also the second Toa to be built with this particular style.

Segwaying off of that, how did you guys like this? I build these after receiving a huge lot of pieces, which included a bunch of Mata torsos and ball joints. Naturally, this is what happened. It was a nice way to try out a different format in a different section of the Bionicle multiverse.

The coverage on Kiriuka and Wakari is substantial, I can hardly tell that their using Mata-Torso for a frame.

Kiriuka is executed very well! I specially like the torso armor and the use of ben 10 feet.

These are really really great, Windy. I love your use of the Hau Nuva as a chest piece on Kiriuka.

@Square Thanks! I’m rather proud of that.

@Invader Me too! It worked astonishingly well.

Very nice. Kiriuka is my favorite.

very nice use of the mata torso. very rare to see people use that piece well.

Really nice MOC’s. The use of the Mata Torso works well.

Nobody knows her element

Nice, you don’t see too many Mata builds these days.

How did you make Tiaki’s neck poseable?

Some awesome builds here. It’s hard to believe the latter two are based off those old school mata torsos. I especially love the tubing on Wakari.

These are all fantastic! Even Tiaki has a good color scheme to compensate for her simplicity. I never expected to see such good builds using the Mata torsos, and I love how their builds reflect their personalities/backstories as well.

Well done! It’s also cool to see an all female Toa team, I’m not sure I’ve seen anyone do that before. But each looks pretty good. A lot of thought was clearly put into these, so nice job!

@Timeline15 Interesting observation, and thank you!

@AdamusTheFirst Thank you very much!

@Rockho I wish. But thanks for your compliments!

@21sselliW It was a conveniently pre-cut length of some stick. A lego stick, that is.

@Gringat Honestly never seen it spelled like that before… but yeah. Thanks!

@MrCod Thank you! I honestly wasn’t expecting that.

It’s how it’s spelt. A segue is an uninterrupted move from one movement or scene to another in music and film. A segway is a weird mutant scooter thing.

Huh. I guess “you learn something new everyday” has struck again.