Today I have a new moc I made to show you guys its what I call a Vuata Maca Tree Giant and is exactly what it sounds like it is, it’s a living gigantic Vuata Maca Tree. 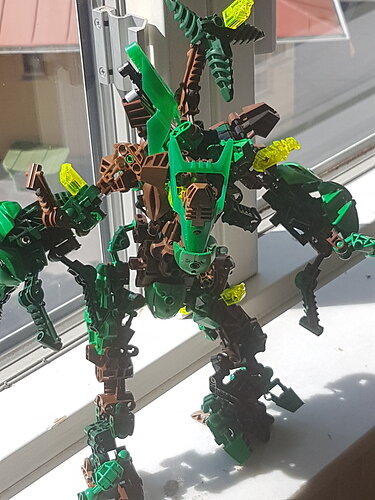 Since this moc is supposed to fit inside the universe of G1 I wanted to stay faitful to that style with this moc.
Because of this I decided to go for a building style that was very close to the rahi/dh contest builds as they are canon while at the same time not being just clones of existing sets.
It was a bit tricky to limit myself within that style but I think the end result was worth it. This moc also served as a good way for me to be training with color blocking, asymmetric designs and natural builds from G1 parts and personally I’m proud of the finished result. 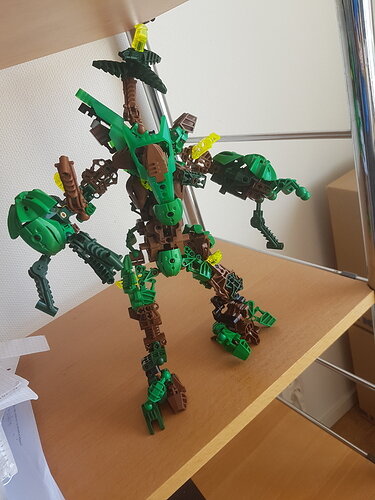 Concept:
A millenia after the terraforming of bara magna, the migration of the wild life of the gsr. The matoran and toa are struggleing with establishing a stable food source after the extinction of the Vuata Maca trees or so they thought. However unbeknownst to the Agori and Matoran settlements ths Trees had evolve through soil blessed by the Ignikas powers as the powers of the mask of Life granted several Vuata Maca trees with sentience. Most trees retained their normal size but some like this specimen grown exponentially larger than the rest. Several trees have however fallen to raiders and hunters looking for food to sustain themselves this has lead to the trees going into hiding as they fear for extinction. Finding one have become a sign of prosperity in the Matoran and Agori society. 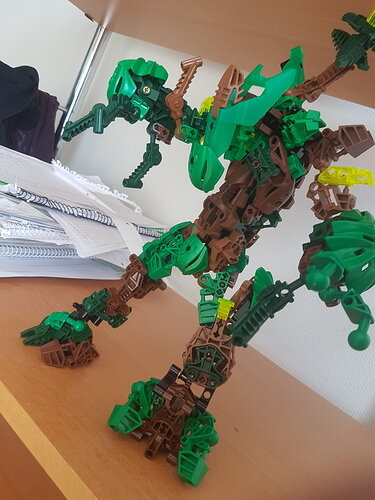 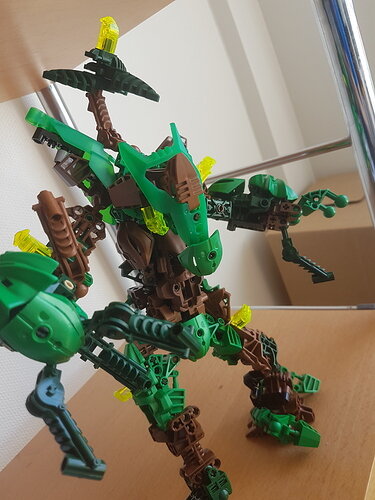 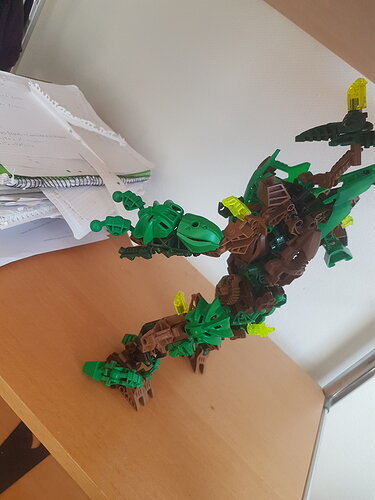 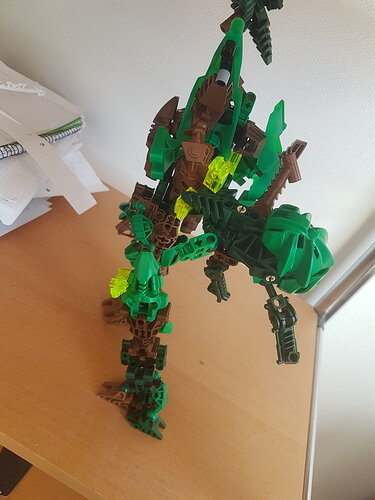 While I do really enjoy this moc, its build and overall think its really cool I still have a hard time convincing myself its a good moc.
Why though, why, do I think this is a bit lackluster even though I like it well the answer is quite simple really.
What it boils down too is simply expectations seeing as moccing have evolved immensely since 2003 so has also the expectations of what makes a great moc too. Even though I find this model really cool and awesome in its own right, I still have a hard time comparing it to other mocs I’ve built or mocs that others have built as it feels like it doesn’t hold up unfortunately.
To conclude I like the moc I’ve created but to be fair the style I went for haven’t aged well In comparison to the modern style of building which is a shame but not the end of the world.

Thanks for reading, constructive criticism is always welcomed and until next time see ya.
//Tarkur

It is very cool. I see your point about it being outdated, but Ireally like those old parts usage. Like it doesn’t need to use system to be perfect. Also it really looks like tree, which is very important and nice.10/10, definetly. One question: what about its poseability?

Thanks and as for the poseability it has pretty standard movement in the arms. that being 3 in the left arm, 2 in the rigth arm, finger articulation, head articulation and very limited leg articulation with only 1 point of proper articulation on each leg.