So in the time machine Titan would bring the others back to the time before time where they would defeat Makuta teridax after it was revealed he survived the conflict with mata nui, they would fight teridax in his secret lair underneath Ragre nui. 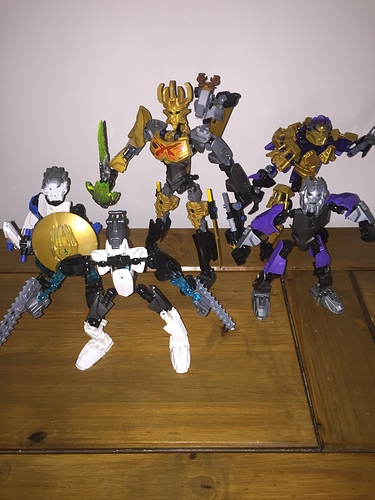 They would be victorious by Titan beating him but being possessed by teridax, death rattle would then save him by fusing with teridax himself, he was stronger than Titan and could hold back teridaxs rage unlike him, eventually death rattle would turn evil and would fall to makutas power. 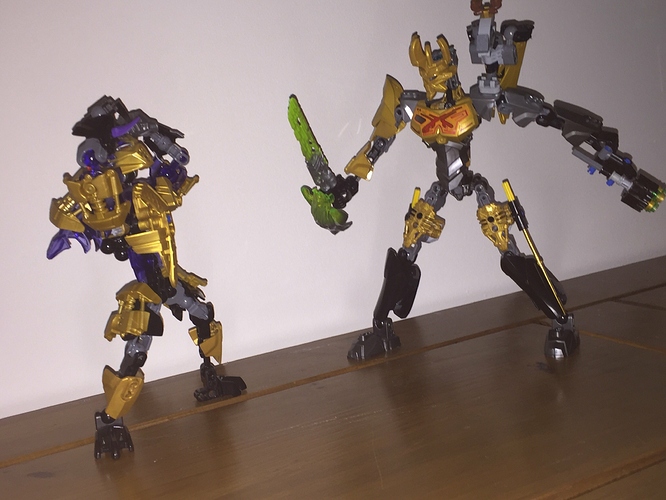 Titan would be the one to fight and save death rattle, and then defeating fire teridax, after their victory they trapped teridax inside an oil lamp which they locked in a sperus magnan pyramid (which years later would crash into the MU allowing makuta to awake and fight the hero factory) afterwards Fleagle and giganite would leave and makuta cseries would join the heroes only to leave a month later, after giganite had rejoined the team as a new man, he had been purposefully fused into fleagle and a giant pile of dead Toa and matoran parts, this new villain Gygyantisse had been dubbed the strongest being on Scyllatis moon, this was proven wrong after jack and supernova fused into magearrer, terrorising beast of scyllasis. 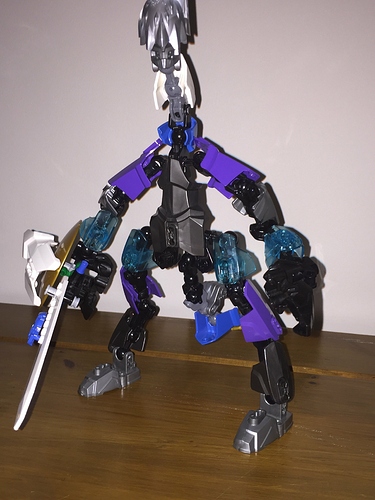 The team defeated gygyantisse and would then prepare for a quest to take the runix cube, but they had to pay the devil something in return, so supernova, jack and Titan gave their family bond to the devil so they could take the cube, now Titan, supernova and jack had no relation at all besides friendship, but afterwards they had to prepare for the great wave of destruction killing not only all of their villains and enemies, but destroying 93.98967% of all life in the MU and sperus magna this is now the post matoria era just before the pre rilovia era, here is the beginning of a new age in the X squads life.

Moved to the Literature Category. -square
(you should know by now that the Bionicle Category is for discussion about the main media, not fan-fiction of our project) aside from Voriki