the yoohoo and friends dub is utter insanity

one of the greatest, most ridiculous dubs I have ever heard 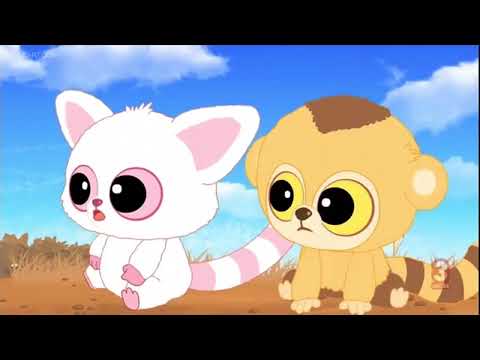 i …love this…so much!

A totally inaccurate corny comical dub of an Asian production with clearly new footage crammed in? So it’s “Kung Pow” for kids

Actually I just looked that movie up again, this show is funnier and less racist

A totally inaccurate corny comical dub of an Asian production with clearly new footage crammed in?

for example, the original plot of episode 3 is the main characters observing elephants at a waterhole and later sleeping in a cave getting scared about an imaginary monster which turns out to be another elephant

the dub changes this into them having replaced a convenience store sometime in the past, before returning years later to find that the store is completely missing, causing them to reach the conclusion that the store was an igloo that later melted

finally all but one of them help to rebuild the store, with the outlier insisting that dying would be preferable to physical labour

that sounds so weird and random

How do you find these things?

What does this mean?

So now we have documented evidence of the patented “ice store” being used incorrectly. How mundane. I need more madness than just this!

I decided to watch the first few episodes cause it seemed like fun. And man this premise is buck wild in the best way imaginable. Five evil capitalists are turned into marketable plushies by a lazy and ineffectual time god, tasked to fix all their many capitalist crimes and heal the earth. All in the hope of getting some vague and nebulous wish.

The comedic writing is a lot of fun. It has the energy of a well done abridged series. As a show its honestly unironically enjoyable.

Also the theme song is way catchier than it has any right to be. That thing is gonna be stuck in my head for days.

This is the epitome of a D&D campaign. It’s the exact same style of writing, and makes about as much sense after the first few episodes.