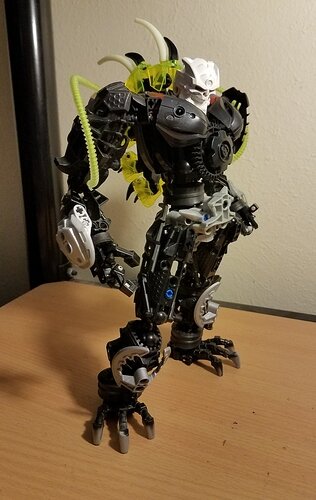 After declaring himself Rom Nel, Theo has set out to subjugate the cosmos under a rebuilt Arkhan Empire. Stampeding across the stars, he and his armies leave little but ruins behind them. 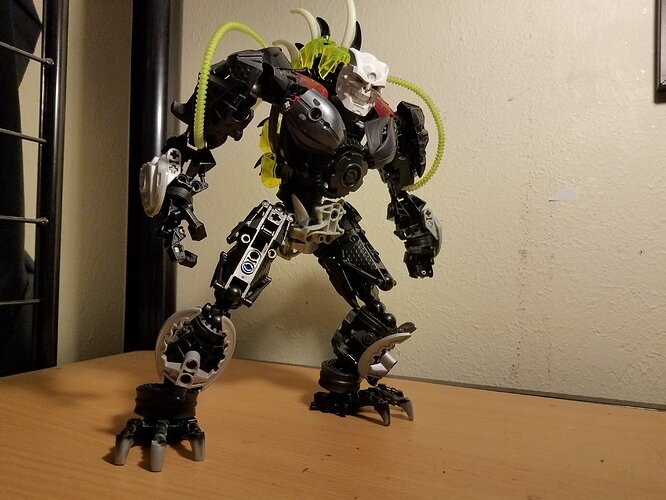 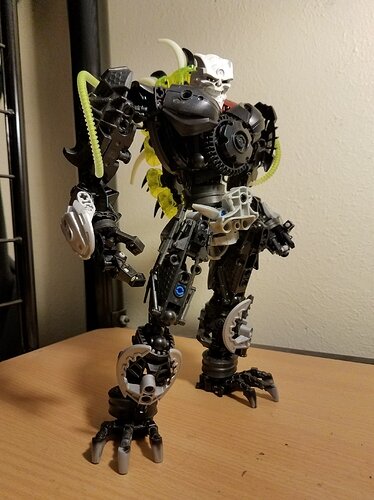 20190128_012925.jpg2138×2851 1.61 MB
The Apocolytes were foretold to destroy the Divine Order and reign over the cosmos for a thousand years as Lords of Doom. Those who stood with them would be allowed special privileges under them until the end of the millennium, when the cosmos would die. 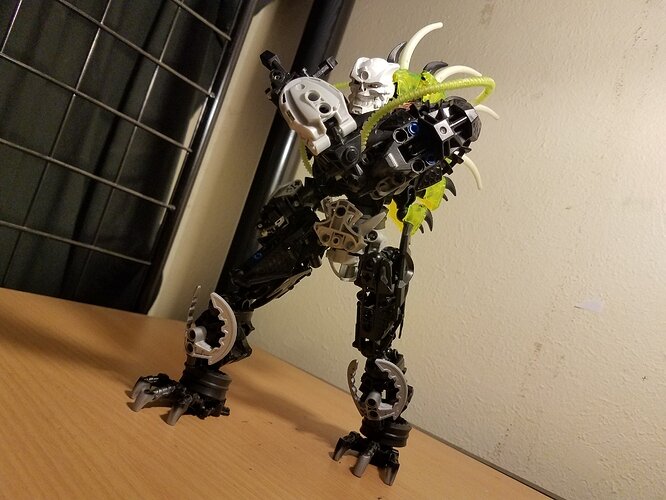 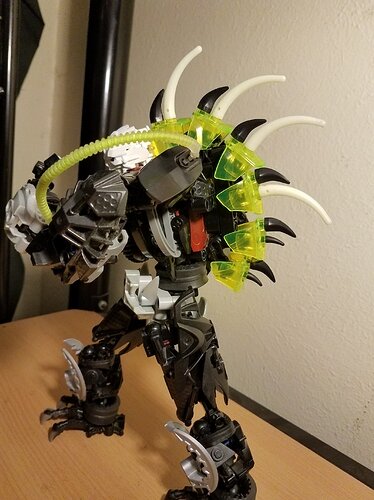 20190128_013514.jpg2138×2851 1.63 MB
Joules while held prisoner proclaimed that the Apocolytes would be reborn, and the one who declares himself Rom Nel will conquer the cosmos and be the eternal Lord of Doom. After his decree, he was stripped of his natural energy, and was sent to his homeworld powerless to decay along with his empire. Joules died, the royal family was ousted, and Theodore was left with nothing. Arkhus fell apart and became a shadow of its former self. 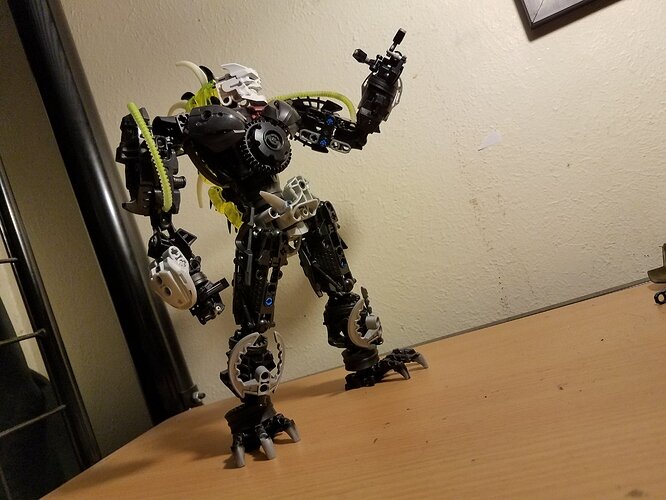 This bulky dude looks awesome, did you paint that mask in white?

i got it from Modalt a couple years ago. originally he had a skakdi head.

He really fits the look now, though I feel like the shins and lower legs are not quite as bulky as the rest of him, making it look a little off.

I like it overall, but the torso bulges and shrinks in weird areas which takes away from the MOC as a whole.

Edgy as can be

i see what you’re saying. i think it’s especially bad on the back with the nuva shoulder, i added it last minute to cover up an ugly connection on the back of the waist but it really throws the shaping off from the front

I was thinking more of this area: 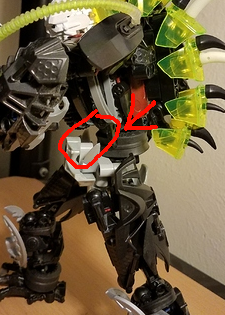 i had it that way to keep his possibility in the waist, but it does look a bit wonky now that you pointed it out. he had a kind of belt design with a gear in the wip but the texture looked ugly. it needs to be covered with one solid piece but I’m not sure what to use yet

@doomdistrict I’m not sure if you do this kind of thing, but could you please do a how to on Santaar & Ihmtaal? I really love how they look, but I just can’t quite figure out how they’re build.

i haven’t made one in a while, but i can send you one if you want

Woah, man! This is sweet! Nice bulking too

Wonderful creation all around!