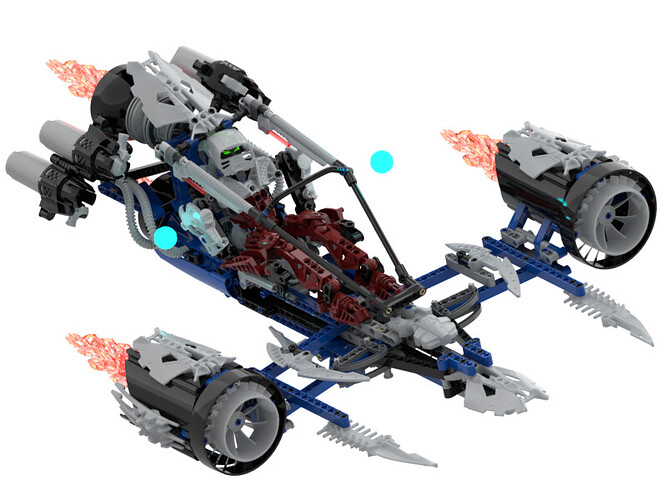 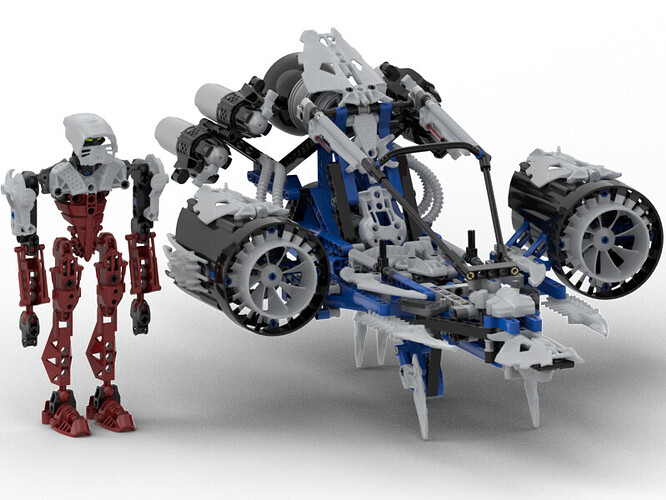 The design is mostly built around a recoloured Thornatus V9, with the primary changes being the replacement of all five wheels with various engines: 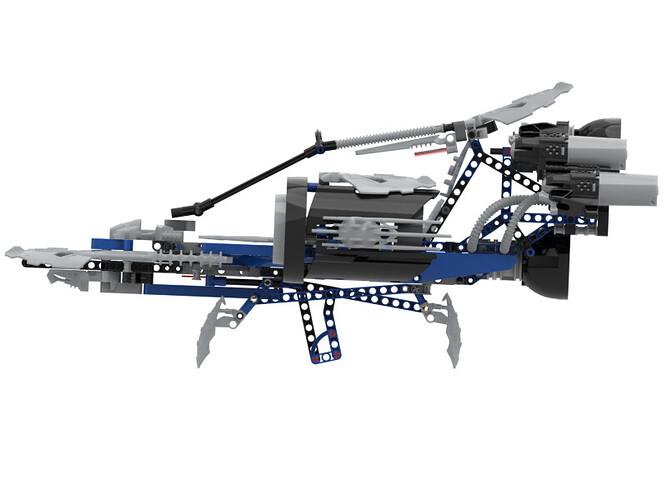 The function is identical to that of the Thornatus V9: pulling the nose of the craft causes the engines to swing outwards: 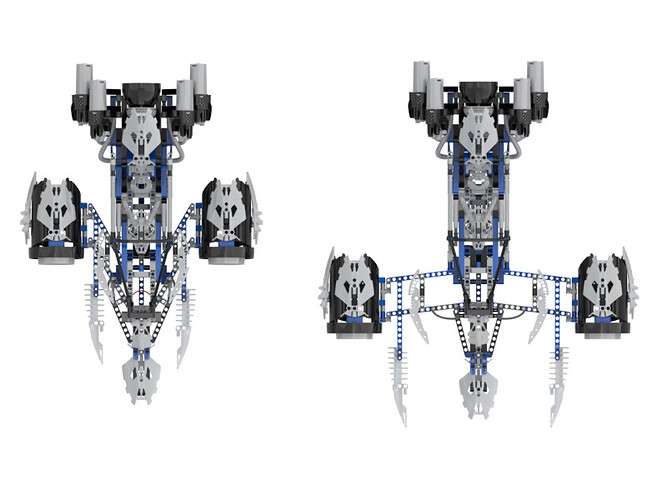 The other major change is the inclusion of landing gear and a handle; the landing gear is even linked to the primary function, so that it retracts when the engines swing out, and vice versa: 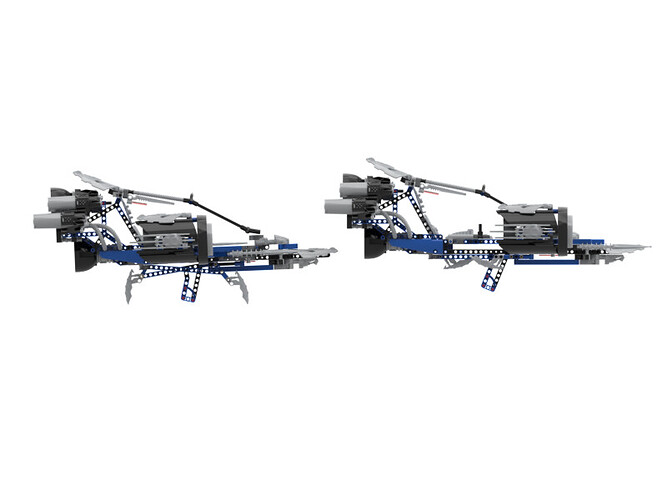 However, those aren’t the only changes. Obviously some of the armour was changed, but the changes in the functions required many slight changes to the function geometry, such as moving the Krika blades one stud closer to the middle, or shortening the linkage between the sliding nose and the “wings”.

I tried to keep the pilot as similar as possible to both Antroz and Perditus (who are already very similar), but I had a little fun with the colour scheme: 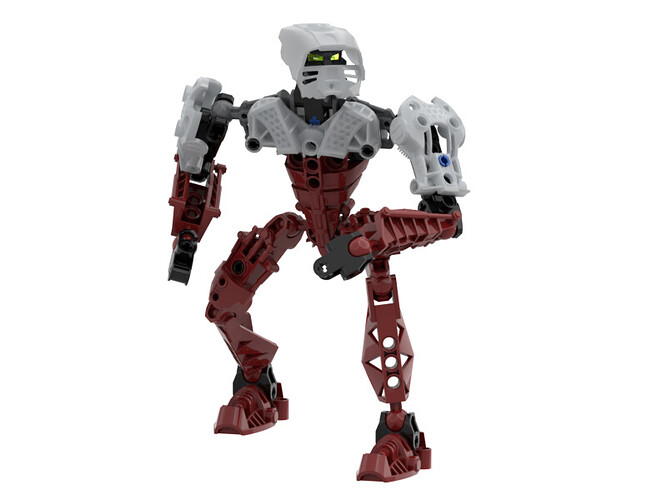 If anyone wants to build the Thortrax with physical parts, I would be more than happy to make instructions for it.

From memory it was said that Perditus base the Thornatus V9 off of Great Being schematics…Maybe he ran out of resources whilst trying to make a jet! Love the landing gear function especially. Oh and the Mark number too.

oh this would be such a cool set!

Is there a way you could merge both the jetrax and thornatus functions? a mechanism that swings both forward and up as it opens?

have you noticed how similar the roll cages are?
Nice moc!

Ah yes the Thornatus-Jetrax fusion is now realized! Really good looking Thornatus jet, I like how you incorporated both parts of the two vehicles.

That’s an interesting concept; I’d like to take a crack at that.

It would be a lot more involved than this Thornatus recolour, though; I might have to just start from scratch.