So Mattel recently acquired the master license for halo toys. This mean McFarlane will no long be making their halo figures. Now McFarlane has been slowly losing its quality and care when it comes to halo figures in recent years, with more of the focus on new licenses like the walking dead. It’s time for a new handler of the franchises figures, but is Mattel the right company?

Well Mattel has a whole line they announced, with some being better toys than others. But I wanted to focus on a specific set of new lineup, the 6" and 12" figures.
The 6" figures: 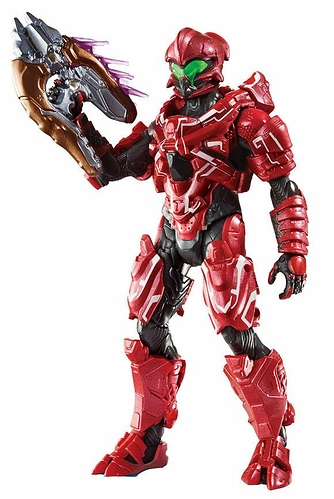 image.jpeg580×866 139 KB
So the 6" figures are much more toy like than real, but they do have their perks. Anyone who has McFarlane figures will say they look pretty game accurate and decently painted for the most part, but the articulation is poorer than dirt. These new figure have at least 30 points of articulation and if you look close at the images provided, you’ll see all the fine lines showing these will be much more fun to pose and play. These figures also have exchangeable armor for human figures (sorry elite lovers, you got screwed) and 1 to 2 weapons per figure. The armor customization isn’t shown yet but the leg and arms at least will be able to have the armor exchanges as they seem to be clipped on.
The 12" figures:

The 12" figures are not as good. With these figures you only get 15 points of articulation, and unless they change the figures on Masterchief and Locke (Locke not being shown) will not have leg movement besides straight up in down in the hips. But as the figure to the left shows, leg articulation may be in these long and lanky halo dolls. These are basically halos version on Barbie, skinny proportions with limited legs and painting but good enough for the age suggested. And these are for 4 or 5+.

The 6" and better figures are going to be retailing as $20 figures, and the 12" will be retailing as $10 figures. These figures don’t have an official release date I could find, but appearently are coming to shelves early 2016, so be looking out for them. Hope this helps everyone know what’s coming out for halo fans!
Do you like them? Are they crap? Are you happy or sad? Discuss here!

First time seeing them, would buy. They look really good, however the articulation is a shame…meh, either way not much of a figure collector.

At least the 6" figures have super articulation, but they 12" guys are kinda a joke. But after watching the only review I could find of those guys, the arm articulation is great, but only that XD.

There is also this guy: 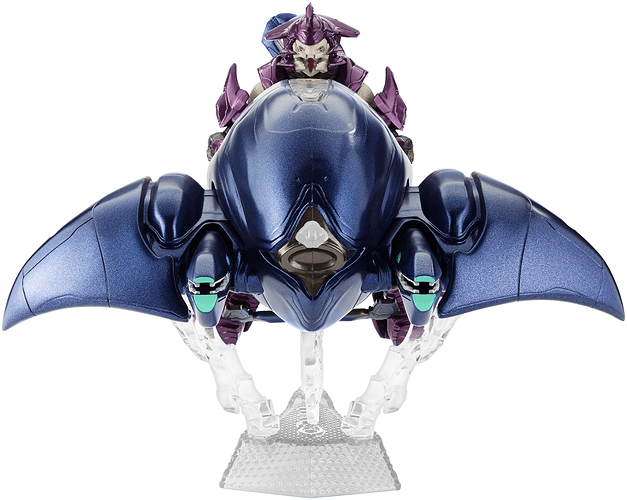 Huh! I’m probably gonna grab that 6" Chief, and quite possibly the Elite!

I’m definetly going to do a review as soon as I see one and pick one up. They look like they will be pretty awesome with a light wash to bring out the detail in the figures. I already do that to mattels megabloks figures, so I assume I’ll have to do that here too.

I may buy these if I have any spare money after buy Bionicle sets and parts.

And articulation so
will buy

I think that new Mattel figures look good for what they are (toys, not collectible figures).
I am glad that they make them 6 inches tall, instead of stupid 5 inches, when there are no other 5 inch figures on the market so they look odd in your collection…

And, McFarlane has terrible quality. I was very into Halo figures and it was always a pain to custom and repaint almost every figure because of poor quality.

Ya the definitely got worst over the years.

I may give my full thoughts on this another time, but for now all I’ll say is that if I end up picking one up it would certainly be the Helioskrill. Even aside from the armor set itself looking great, the thing that really caught my eye was the Needler, something about the molding and the detail in it really grasped my interest.

One thing I wonder though, will these be more expensive than McFarlane figures? The McFarlane Halo figures were most often $12, but with the better articulation and stuff like the interchangeable armor I fear that they will raise in price, which will potentially draw me further away from wanting to purchase them.

If anything, though, I hope that they at least end up being both good quality and a good price. I will most likely end up purchasing the Helioskrill if he is good quality, but only time will tell if I decide to collect more after that.

Mcfarlane figs I’ve seen for the newest wave was about $15, and these Mattel figs are going to be $20 for the 6" figs. And I do agree, that helioskrill Spartan is beautiful.

I suppose that’s quite reasonable. Probably not something I’ll end up collecting like I did with the McFarlane figures, but not something I’d feel too bad about for spending money on.
As I said earlier, it really depends on the physical quality and durability of these figures, but that remains to be seen.

is Mattel the right company?

if these are anything like MotUC, these should be exceptionally well done.
if they get around to making older characters like rookie I may just have to get a few.

mattel has quality quality control, they’re like an anti-Neca.

Then these should be good buys.

I don’t usually buy figures like these, but the 6" ones seem cool.

I’m definitely happy about having proper 6" figures instead of 5" ones, though the paint applications look really minimal. I really liked the realistic paint details that the McFarlane figures had.

Anyone who has McFarlane figures will say they look pretty game accurate and decently painted for the most part, but the articulation is poorer than dirt.

Really? I think the articulation is really great, all the joints are double-swiveled.

Fricken’ again with the lack of Arbiter…

The hips and shoulders are normally pretty restricted with the old, it’s good to know the articulation will be better. But I will miss the gritty and more real paint, the shiny/glossy look is not as appealing to collectors.