Nod, our Glorious Brotherhood, is in need. We need, you! Yes, You! You have skills we need to spread to word of the Prophet across the globe, and share the salvation of Tiberium to the peoples of the world! Join us, and make the world a better place!

Soldier. You have been chosen by the GDI as the best of the best. You have the training, the gear, and most importantly the guts to face down the terrors of space and earth. And WIN.

The world has Forsaken us! Nod brought their Salvation, which only brought us RUIN. GDI promised friendship, and instead forsook us! Well no longer! We shall show the world we will not be beat down and abandons no longer. WE WILL NOT BE FORGOTTEN!

Welcome everyone to Tiberian Destiny, a new Command and Conquer rp.

You will become a member of one of three factions, the shadowy Brotherhood of Nod, the shiny and not-so-clean Global Defense Initiative, and the scavenging mutants of the Forgotten. You begin as enemies, however, there will be… visitors, that will change everything.

Lore info will be posted soon to help with your decision.

Name:
Gender:
Birthplace: (This is Earth, by the way)
Age: (Preferably between 17-30, but exceptions can be made)
Faction: (Brotherhood of Nod, Global Defense Initiative, the Forgotten)
Bonds, Goals, and secrets: (PM me these)
Personality:
Bio:

(If Nod or GDI)
Occupation and Rank:
(If Forgotten)
Level of Mutation: (Early, mid, and Late Stage)

seems … interesting. Not sure I’ll join, I’ll see what’s happened when I get back from my trip.

What are the Forgotten?

Sure thing. I’ve still got more lore stuff to put down, mainly the factions and what Tiberium is, but after that it’ll be ready to go.

What are the Forgotten?

Tiberium Mutants that have been outcast by society. They’re generally stronger and more resilient than a normal human, and are immune to the averse effects of Tiberium. They’ve banded together in the parts of the world so effected by Tiberium that they are unlivable by anyone not a mutant, though they can be found in the Yellow Zones as well. (Yellow Zones are places that have been infested by Tiberium, but they’re not yet unlivable)

Why no bio if your a mutant?
Also, how does the mutation stuff work?

This seems super interesting, I might consider joining, we’ll see

Why no bio if your a mutant?

Other way around, quantifiers are above. Though i should space it for clarity.

Long story short, exposure to the crystal called Tiberium causes various effects on humans. Usually it kills by radiation exposure, However, if you get it in you, you can be infected. Usually it kills the target, either transforming them into more of itself, or the growing crystals puncturing a lung or something similar.

However, a few are mutated, allowing them to live Symbiotically with the crystal, for a time anyway. It makes you stronger, faster, and you grow small crystals on your skin. 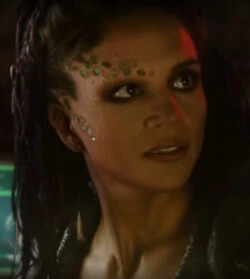 But over time you start to lose your mind and you appearance becomes more twisted and ragged. 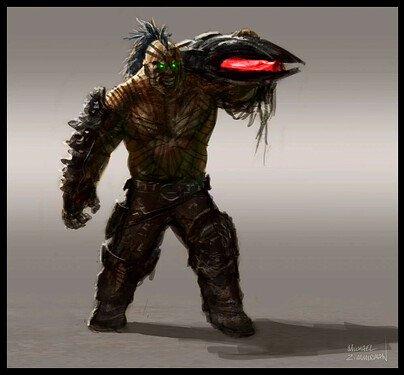 And finally you just become mindless beast, to be put down like a rabid dog.

Is it possible to isolate the mutation? Like in a single body part, or is that not a thing?

Not really. You can try and cut off the limb, or go into sonic resonance treatment to break down the Tiberium to a certain level, but that’s about it.

It is a rather long-term process though, it takes about 20 years or so depending on your natural resilience to get to rabid dog stage.

Can you be mutated just by being around someone who is mutated or no?

Generally not, at least that’s been seen. They’re shunned and cast out anyway because no one really knows.

I’m going to be writing up a full thing on Tiberium now.

Alright, I have a character concept, but I want to run it by before I commit to playing. What I’m thinking, is that my character is a scientist/gun for hire (specifically a sniper) who keeps an excessive amount of mutated humans, mostly the bestial type, though some less mutated ones as well. He performs experiments on them and tortures them to try and learn more about the process. His ultimate goal is to be able to mutate himself with the crystals to enhance his physical abilities while maintaining his sanity. He also uses some non-mutated humans in his experiments as well (hence why not all of his captives are completely bestial) so that he can learn how to control the crystals. What do you think?

Edit: okay, just get back to me when you can

Make him a scientist from before he was infected and you’re golden.

Also, humans aren’t the only mutants either, so there’s these as well: 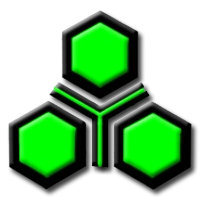 Tiberium proliferation and its xenoforming effects have resulted in the creation of several unique mutant species. While the Forgotten and products of Nod Divination are Tiberium mutants, their physiology and intelligence makes them closer to...

EDIT: Done, all tiberium stuff down.

Wait, I didn’t say he was infected, although that would make him more interesting as that would mean he has a time crunch to get his research done. Hmm, I don’t know yet. I’ll get a character sheet going in a little bit.

I mean, either works, but do what you like!

I can’t be bothered to get into the lore and worldbuilding of command and conquer. Too involved to just be thrust into. Otherwise, though, it looks interesting, and I probably would if not for that hurdle.

Name : Viktor Kalkorav
Gender : male
Birthplace : Russia
Age : 26
Faction: the forgotten, but he mostly works for himself and for hire
Bonds, Goals, and secrets: it’s a secret
Personality : Viktor is a high energy, slightly insane man. He is driven crazy by the fact that he knows that he only has so much time before he no longer has his free will. He has been doing his research for a long time and irks him, as he feels like his time is slipping away. He is often agitated and angry, and snaps at anything nearby if it startles him, or if it interrupts him while he is researching or experimenting. He often breaks things when his experiments fail or when is research proves to be wrong. The one thing that calms him, and the thing he enjoys most, is using his sniper rifle. He has always felt like he is living on borrowed time, and so he wants to find a permanent solution.
Bio : from a young age it was clear that Viktor was a protege for the sciences, especially chemistry. By the age of ten he could identify the elements in a compound just by looking at it, and by age 16 he had created an entire chemistry lab for himself in his parents garage. However, is incredible intelligence came with a price. He had a heart disease that was slowly killing him. His heart disease caused him to have problems with anything athletic and he would sometimes spend days lying on their couch, unable to do anything but eat (barely), drink, and sleep. His parents were both scientists that worked at a lab in Australia to make bio weapons and other strange devices. He went to public school for a time, but once they learned about his heart disease when he was nine they pulled him out of school and started to home school him. Everything they threw at him he learned with ease, including a few other languages, including English and Latin. His mother is an engineer and his father is a biologist. His father also enjoyed hunting, and he taught Viktor from a young age to fire a gun, which he discovered he had a knack for as well, and when Viktor was a little older they would often go hunting together. When Viktor was 18, he joined his parents in their lab, as he had learned all they could teach him by then. When he was 20, his heart disease had taken a turn for the worst, and he was slowly dying. Unable to work in the lab and being told that he had, maybe, one year to live, he decided that something had to be done. He had heard about the mutation that Tiberium could cause, and had seen it, to some degree, in action due to a few of the experiments he had helped with in the lab, he figured he had nothing to lose. So he had his nurse take him in a wheel chair to the lab to see it one more time. Then, when he found the opportunity, he got out of his chair, and, with great difficulty, he made it to the chamber where they kept the Tiberium. He shambled into the chamber and touched one of the crystal directly, and he passed out. When he awoke, he was in a quarantine chamber in the lab with several of his colleagues in the room with Hazardous material suits on, performing various tests on him and keeping track of his vitals. He had survived the encounter, and his heart didn’t seem as week. He had successfully been mutated, as me the healing properties that the Tiberium had on mutants kept his heart disease at bay. However, the scientists of the lab wanted to use him as experiment fodder, and his parents didn’t want that, so they helped him to escape the lab, knowing the consequences that awaited them. Viktor was hesitant to leave them, but they insisted they’d be fine, so he left them. But he hadn’t gotten two miles when a critical failure occurred in one of the Tiberium machines in the lab and the whole thing exploded, irradiating the entire area and killing everyone in the lab. Seeing the explosion, Viktor went to see whether his parents had survived and what was left, but there were no survivors. He rebuilt what he could of the lab and began research on the mutation, becoming bitter because he had lost everything.
Now he has a lab with cages for his experiments and he has six Tiberium Fiends that he calls “The Hounds” that he releases on intruders and enemies. They don’t attack him, but they do t obey either, though they do like to stick around with him. He has a few other mutant assistants, but he doesn’t care for them much and often lashes out at them, sometimes even putting them in cages. He has his father’s old hunting rifle along with a more advanced sniper rifle that he uses for most of his things. Finally, he has a pistol for close quarters combat.
Level of Mutation: early

I think that’s everything. This character was very well fleshed out, as you can see. I’ll get you those private things tomorrow, I’m tired and need to go to bed now.

Oh yeah, I forgot to mention, he has a crystal spike coming out of his elbow that he sometimes uses as a weapon, is that alright?

Did this just die before it even began? Dang, that’s gotta be a record.