"I could just kill him, and call that enough revenge. but that would be so shallow, He needs to watch, as everyone he loves, everything he has sworn to protect, is left…as ashes. I will kill them all, one by one. slowly, and painfully. then, when I have ruined them all, and their bodies lay about my feet. I will gladly rip out his throat.

NAME: TigerClaw.
GENDER: none, identifies as male.
RACE: Robot.
BIRTHPLACE: A Kerosiian lab on Technor.
FAMILY: None.
POWERS: Fear, hate, anger, Fire, super strength and speed.
MORAL ALIGNMENT: As evil as they come.
PERSONALITY: Angry, and short tempered. he is never not ticked off at someone.
BIO: TigerClaw started as a replacement for the escaped RaptorTalon. he was made in secret at the command of the Creator, after the project that bore RaptorTalon had the funding pulled. using scrapped remains of Hero Factory agents, TigerClaw was created. but rather then make a new program, the Creator managed to get small pieces of RaptorTalon’s core. which he corrupted and used to make a core for TigerClaw. soon after he was completed, TigerClaw was brought online through unknown means and escaped his chamber. He quickly tried to escape as drones attacked him. he found a Technoran worker, and asked who he was. the worker told TigerClaw that he was just a clone of RaptorTalon. something that caused TigerClaw to go into even more of a rage. while they escaped, he ran to a large vat full of silver liquid, something that stained TigerClaw’s broken armor. and turned the Technoran into a puddle. TigerClaw then left the planet, and flew to Kerosii 2. were a large battle was taking place between the Hero team Galex 11 (at the time it was comprising of RaptorTalon, StingBlade Magnum, and Viperex) he crashed right into the heat of the conflict, and quickly sided against Galex 11.

I am busy, and in a rush. so I am letting the pictures speak for themselves. I may update this later.

OKAY! BEFORE YOU KILL ME OVER THE COLORS. know this, the colors are meant to contrast RaptorTalon.

The black and red is meant to contrast RaptorTalon’s white and green. Thanks!

Eh, I made him that way because that is how he is depicted in my story. I get that that does not stop valid criticism. but it is not criticism that I will heed to.

Looks savage.
The torso seems too thin however.

Thank you! I will work on that sometime.

He’s pretty great. The Feline look was caught pretty well, with the claws and legs. I do think the back sticks out too much, though.

P.S. I dunno what’s wrong with Pekekoa; the Red and Black doesn’t really look that bad.

Lol, Many thanks Plural!

When I first saw the title, my heart skipped a beat because I thought that you made a Moc of the TMNT Tiger Claw 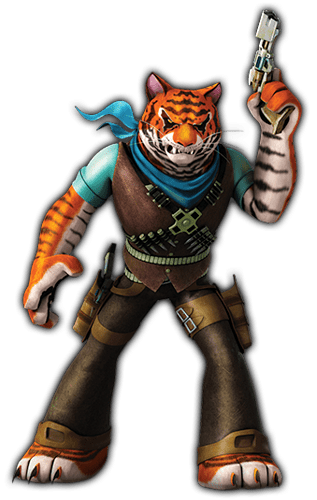 The feline look is established great here and the overall construction looks solid, not to mention a consistent color scheme (while some find it overused, I could care less).

@RaptorTalon I like it. that paint job is amazing

thats a decent point. I feel like that’s a little different though.

I dont have enough time to make a good critique, my main problem is the waist, its also kinda mediocre in terms of colourscheme
6/10

Thanks! I will have to see what I can do.

Why are your MOCs always so mean to Ekimu?