Tini’hānga is a Vortixx with a somewhat simple Modified Metru build (some say he doesn’t look very "Vortixx, but their only defining feature is a black and silver color scheme and orange eyes, all of which are represented here

). He has a massive bevy of equipment, including a HUD in his mask, a TacPad on his left had, a Ghost, various Darts/Melee weapons, a Convertible Rifle Base (with Normal, Sniper, and Flamethrower modes), an education ranging from revolutionary science to ancient mysticism, and far too much money (among many other convoluted things I’ve made for him that aren’t pictured haha). I hope y’all like him 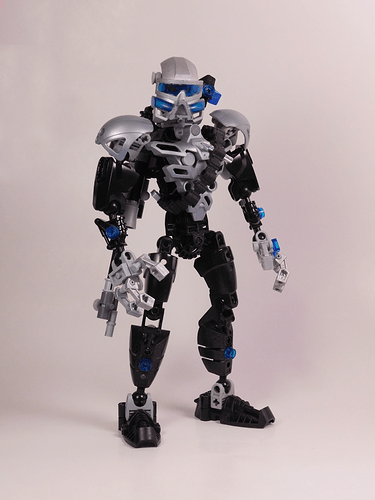 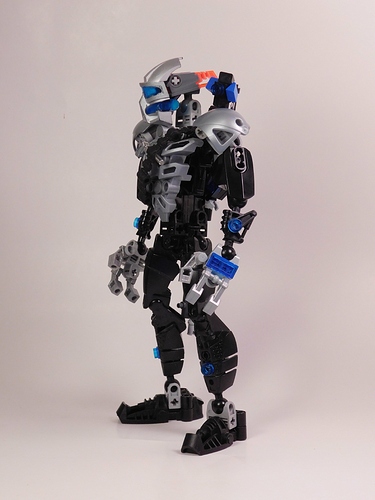 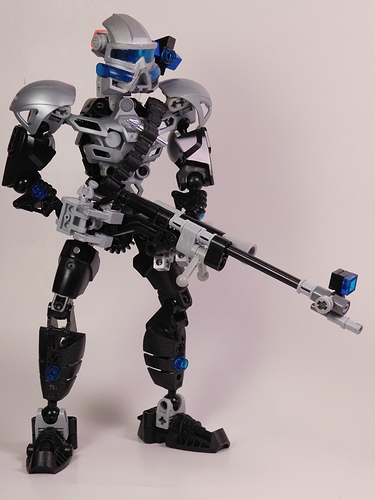 “Sniper Mode” picture, the other modes I do have built, I just didn’t photograph them 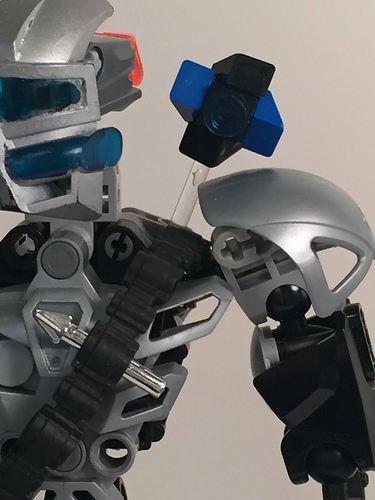 Better look at my approximation of a Ghost in Bionicle Scale, really the best I think can be done, just Cheese Slopes angled to the side to give the suggestion (from a front view) of the shaping you just can’t recreate in Lego 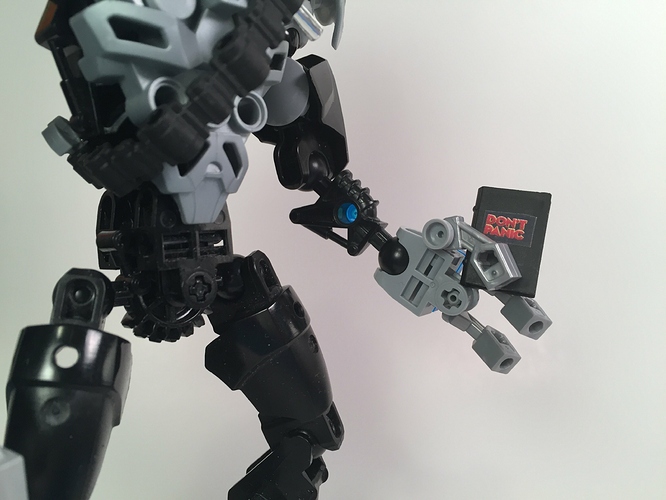 Years ago Tini’hānga climbed the Mountain with a partner so close that they called each other brothers… And returned alone. Despite being a male in a female run society he immediately gained respect for managing to come home alive even without his companion. He PURPOSEFULLY left his brother behind, knowing he would get even better conditions returning alone. He began studying books, and kept several of the more important volumes on his person most of the time. He learned everything from higher technology to old mysticism, and tested everything he came across to be sure it worked. His story eventually caught the ear of the lady Roodaka, who put him into contact with the Shadowed One. Tini’hānga saw the Dark Hunters for the death trap they were, and turned down the Shadowed One’s offer of membership, but said in exchange for the training they gave any other Dark Hunter he’d agree to be a freelancer for them, and turn down any offers in which he’d work against them. The Shadowed One agreed. He became a feared Bounty Hunter across many islands, residing mostly in the unexplored Southern Islands- due to his quest for knowledge. In the aftermath of the Battle of Bara Magna he relocated from the Spirit Robot and based himself in New Atero, as a gun for hire.

Thank you! Amateur, but I did my best

might buy one off @Ven or Modalt Masks idk

That mask is really cool.

Vortixx, but their only defining feature is a black and silver color scheme and orange eyes,

Actually Vortixx have horse-like faces, but if you don’t have the parts this is understandable.

Something about the arms feels a bit off, but this is an otherwise great design.

I like how the trans-blue is laid out on this. Nice MOC.

(the head is mostly so he could wear a mask)