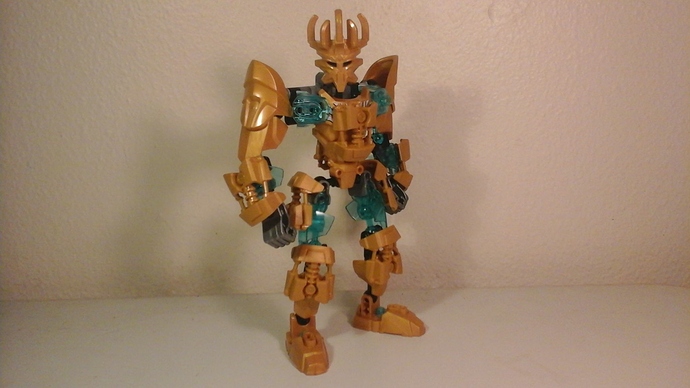 Subject: Ekimu
Team: Toa Denset
Weaponry: The sword of power, the saw shield
Personality: Wise, kind, brave, intelligent, Ekimu prefers to do things himself, which has caused him trouble in the past.
Abilities: Manipulation of objects for use of building or creating, able to channel power from the forge of creation, the sword of power can launch out waves of energy

History: Thousands of years ago, Ekimu and his brother, Makuta, forged great masks for the residents of Okoto. That was before Makuta’s betrayal. The envy of Ekimu’s brother drove him to a lust for recognition. He soon decided that he would create a mask of awesome power. Makuta forged a mask with multiple elements, the mask of ultimate power. Upon donning the mask it corrupted him. Ekimu realized what his brother had done and knocked the mask from his face, releasing a shockwave that disturbed the natural balance and caused a wild explosion that would send both Mask Makers into a deep slumber.

Current history: Ekimu was awoken by the six Toa masters, he rose and joined them in the battle against Kulta, the skull grinder, and his skeletal army. When Kulta was defeated, Ekimu took Toa Lewa, Toa Kopaka, and Toa Pohatu, with him to find an ancient mask, the mask of imitation. They entered the catacombs that held the mask and upon entering the mask chamber, Ekimu was hit with a powerful blast from the mask of imitation. He began to undergo a transformation as the mask was stolen by a dark being known as the Phantom. When Ekimu awoke, his body had grown in size and strength, Ekimu was now a Toa. 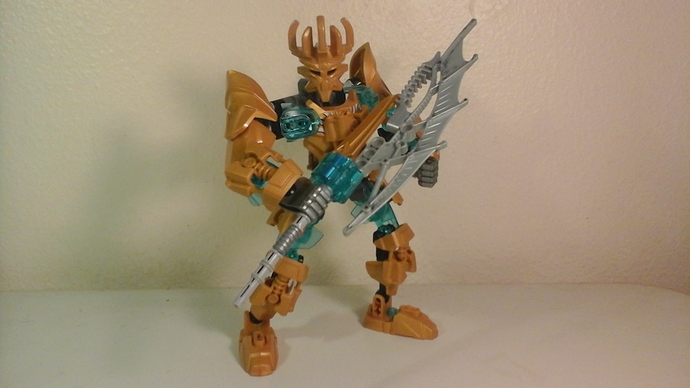 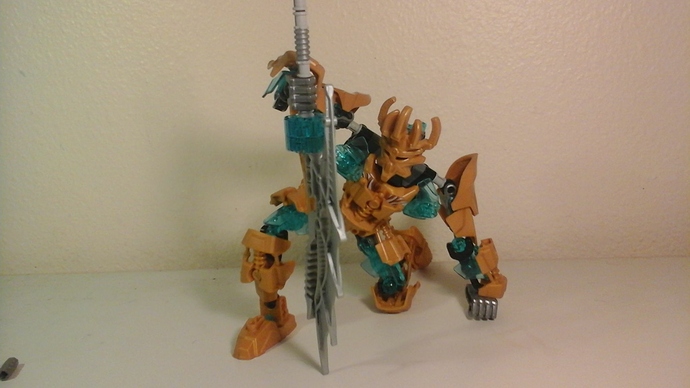 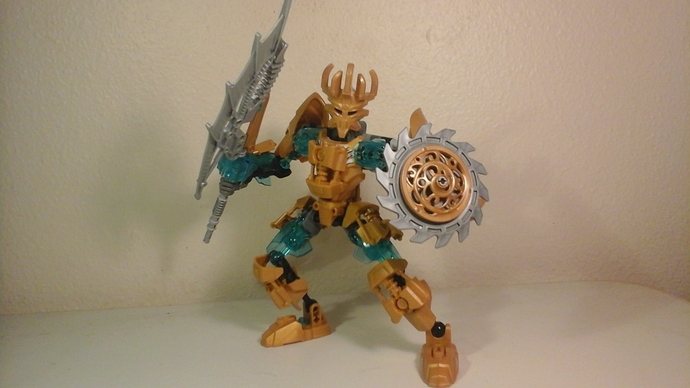 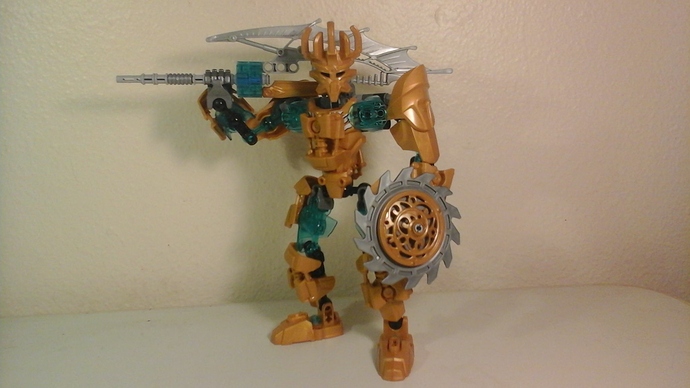 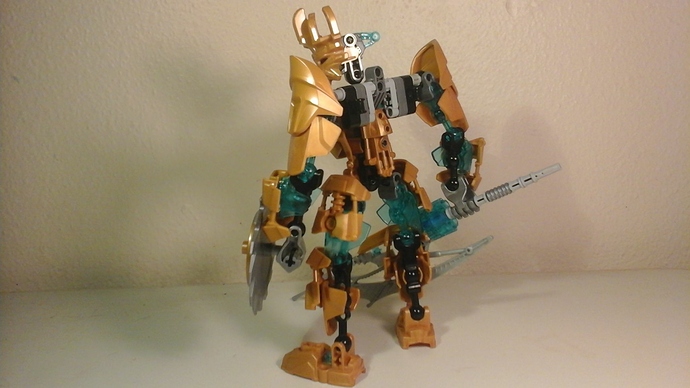 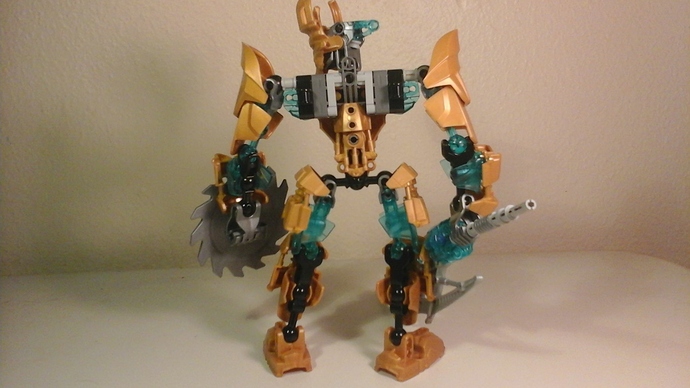 Okay
Its good but we need some back photos

Nice, and I very much like the look, but why no gears, not saying it is a bad choice but why?

Yes, my dog chewed on it so I salvaged what I could.

Please don’t double-post–it’s against the site rules. If you haven’t read them yet, please do so here. Thanks! --John Smith

Ekimu was now a Toa.

Why do you say that?

Because he doesn’t want a seventh toa

Because he doesn’t want a seventh toa

He isn’t the seventh Toa in my story though, he has his own team.

reminds me vaguely of @Middlefingerstudios’s self moc

Why do you say that?

The idea of Ekimu becoming a toa sounds just awfull to me.

The idea of Ekimu becoming a toa sounds just awfull to me.

Yes it is my opinion.
you don’t have to be rude.

you don’t have to be rude.

I wasn’t trying to be, my apologies.

Oh, that’s cool can I find your story somewhere?