The third model of my Self-MOC. This model in particular is the Hero, and the reasons for that will be explained in my story, which can be found [Here.][1] This version has four weapons, his Dark Alpha Staff, his Blackfire Dagger, and two versions of his Wrist Gauntlets. 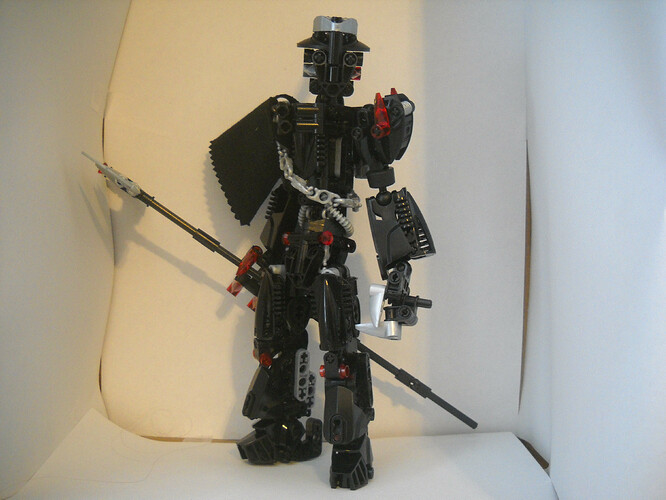 7gqGHT0.jpg3648×2736 1.93 MB
So here he is. He’s actually been done for three weeks or so, but I’ve been too lazy to post him anywhere…um…anyway. He is the first MOC in a newer style that involves a blend of smooth parts to create a slick look. Another example of this can be found in my Wolvix MOC on MOCpages. 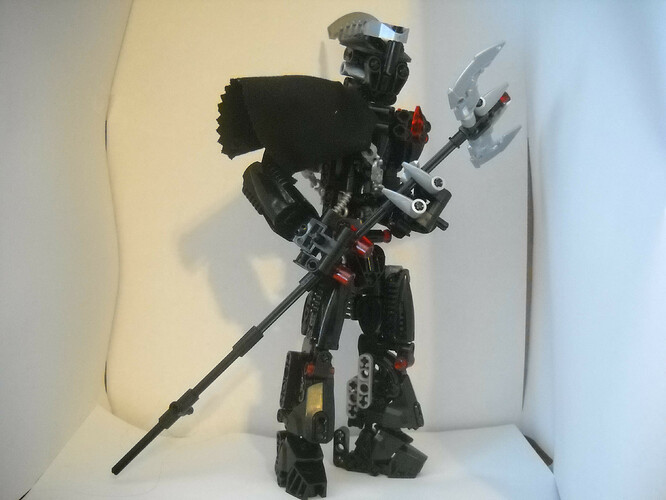 4JKtalG.jpg3648×2736 1.34 MB
A bit of a different pose showing off his Staff. The design is simple enough, but I think it looks cool. I might beef it up in the future though. It can also be held with two hands or held on his back. 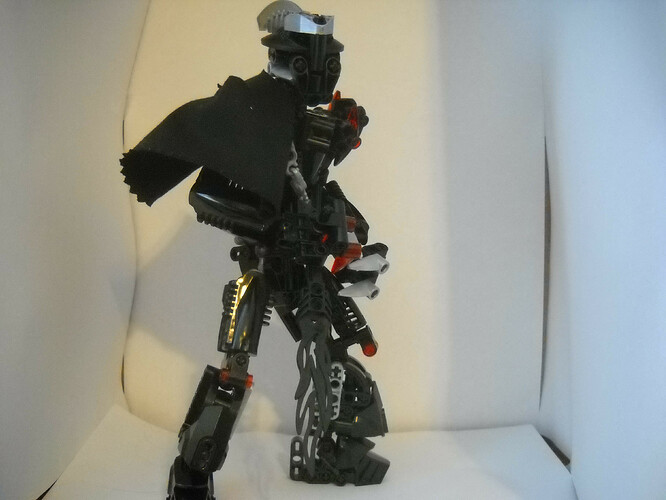 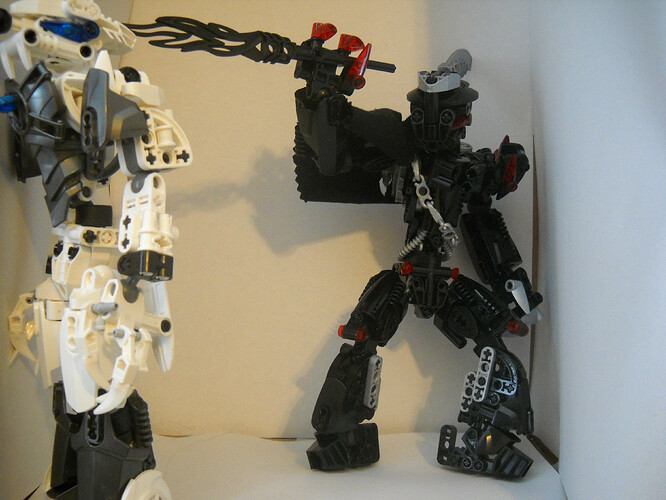 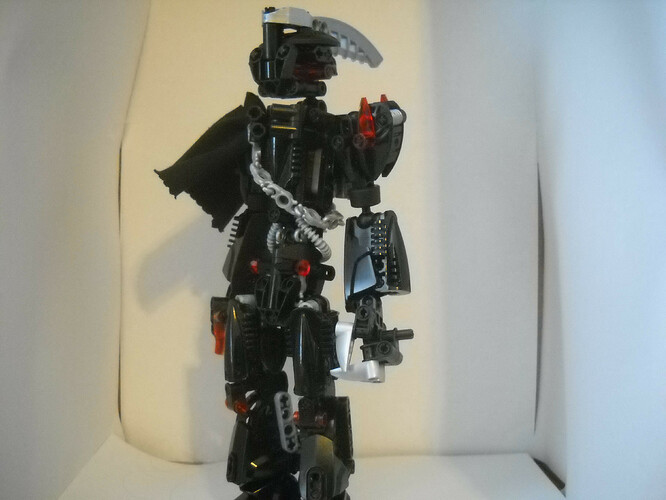 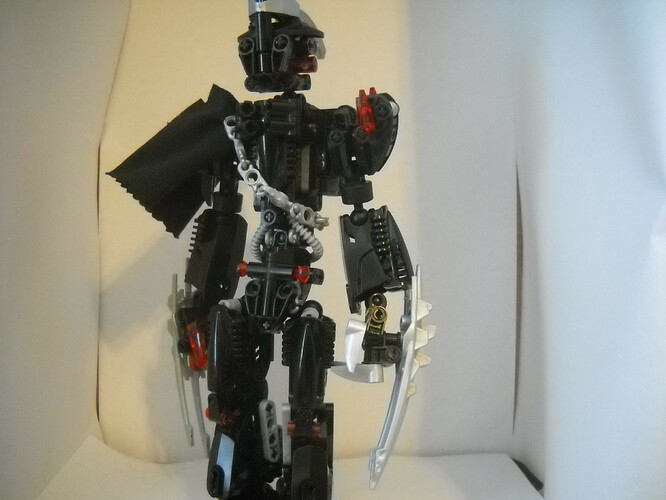 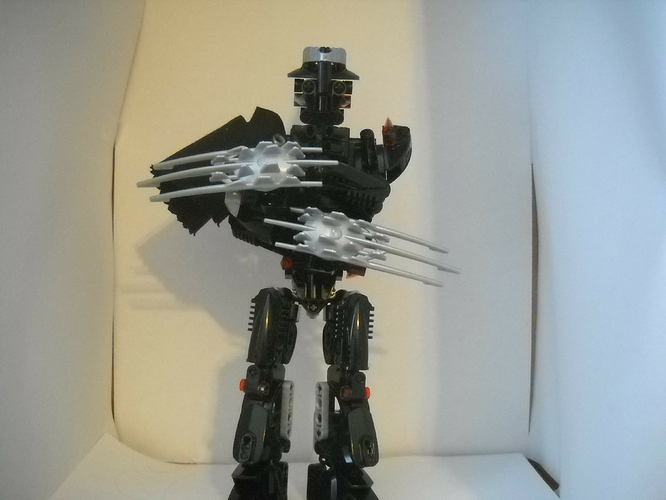 2hgKnTx.jpg3648×2736 1.38 MB
He can even cross his arms! He’s actually quite flexible, although to say his ankles are would be an outright lie. 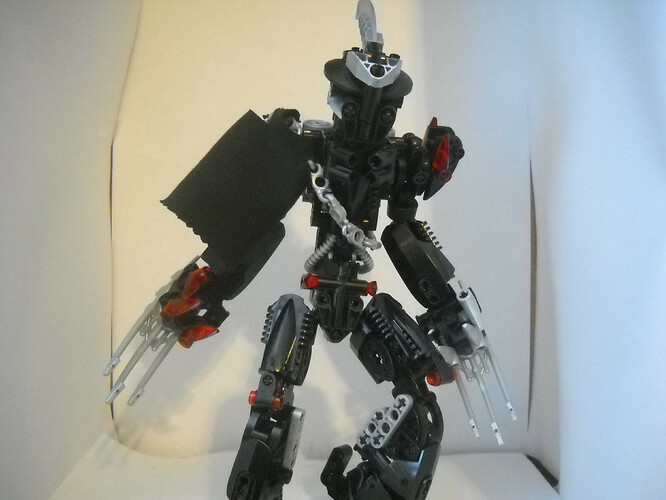 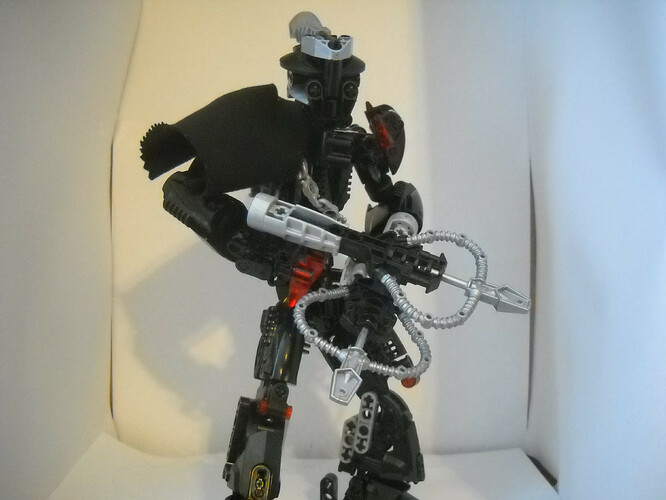 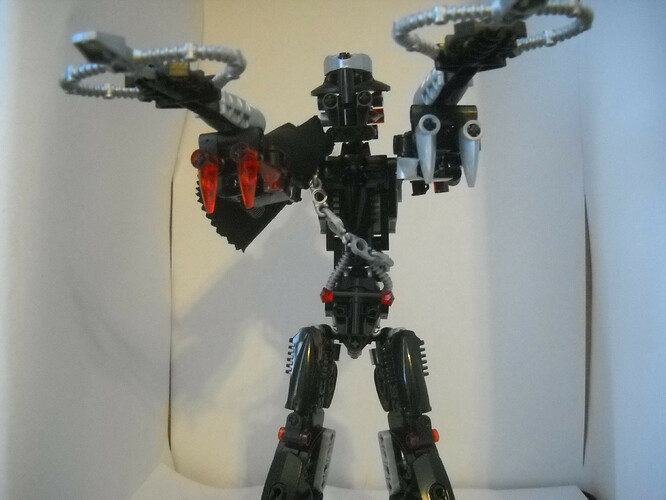 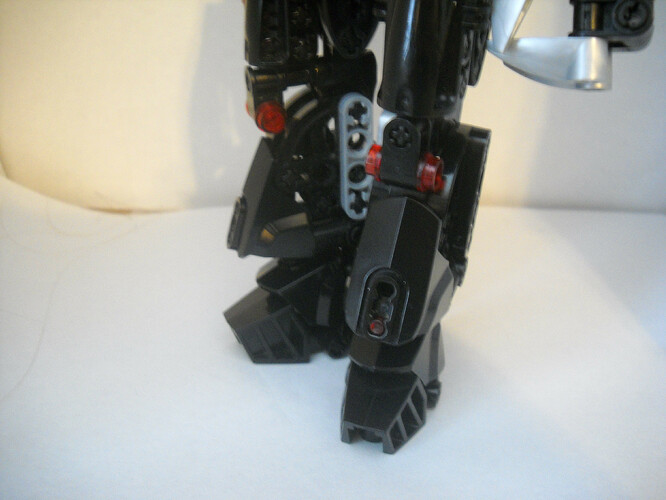 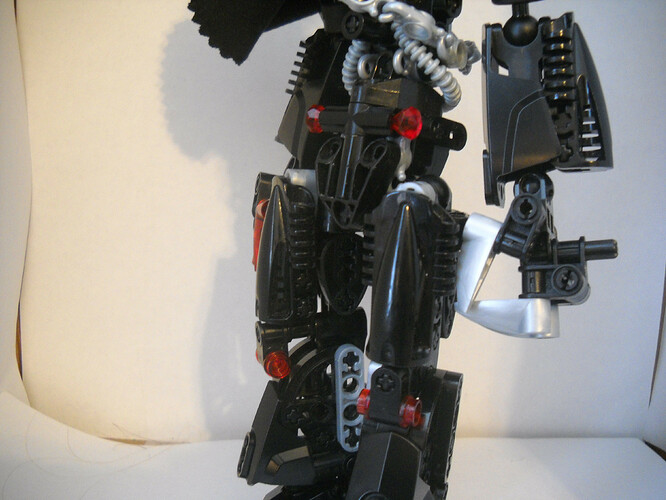 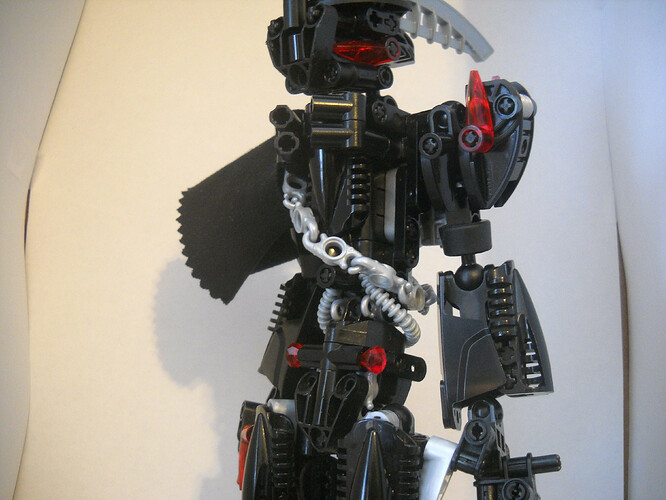 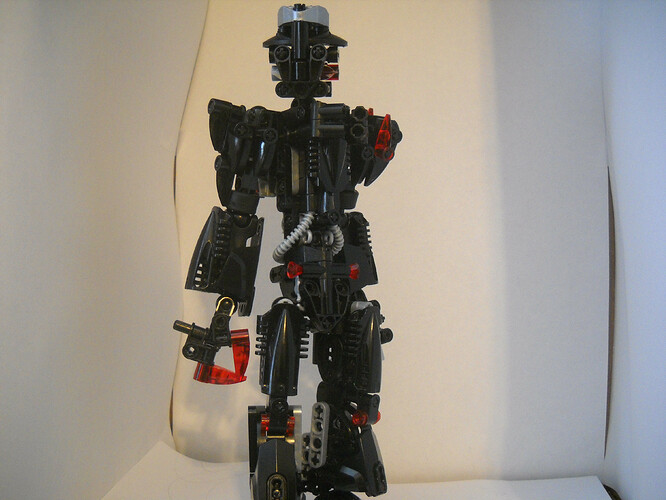 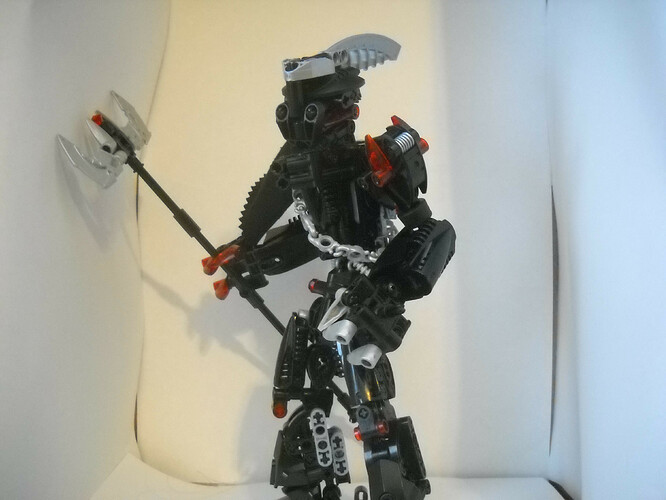 Well that’s all I’ve got! If I get some feedback on this guy, I’ll probably post more MOCs on here. This is Toa Ekorak, signing off!
[1]: http://board.ttvpodcast.com/t/lone-guardian-of-the-silver-peaks-a-story-by-toa-ekorak/708

SHREDDER CLAWS is Ven’s thing, though! I wouldn’t want to steal that! But yeah, he’s got SHREDDER CLAWS although in my story they’re actually called Wrist Gauntlet Razor Talons.

Call in the COLOSSAL EKORAK!!!

Heh, this guy is only a head shorter than the titan.

I actually measured the Hunter (titan form) and it turns out he’s exactly a foot tall.

Thanks! Instructions can be found here if you’re interested.

A skilled blend of HF and bionicle

Looks at Inika Build on Self MOC Hmm… Looks at Ekorak’s guy I wonder who made the better MOC… But seriously. Good MOC! I like the use of Lewa’s Nuva katana on the head. Oh, and those feet are spectacular.

LOVE this MoC. I don’t know why I’m zeroing in on this section out of all the things here, but I love the look of those forearms. I’ve gotta try that out sometime.

Also that’s a heck of a lot of weapons.

Thanks! I’m pretty proud of how they look despite not being custom.

And yeah, it is

Who is that white wolf-like Character on 4th picture :?

That would by Wolvix. He’s my best friend’s Self-MOC, and my entry to round one of the 2014 Biocup over on MOCpages

Me want, me like wolfs, ,me need wolf moc, me needs to experiment, me… and soo on…

I still have him around…maybe I could post a how-to? It’s just an edited version of this guy’s head in white, so it would be easy for me to do. Thoughts?

And heres the thigng: I LOVE building stuff, But if i want to make My OC i would use my ideas… But i could use that instructions… i could remake and stuff… but it would look, bad but then if its going to be looking good… It will not look like wolf… :L

So after having been scrapped…the Dark Alpha is being reborn.

(in other words I’m rebuilding him)

Oh. My. God. What happened to the Predorai Knight? This looks good though!

I suppose you cannot read and or check dates
This was the version FAR before predorai knight >.>