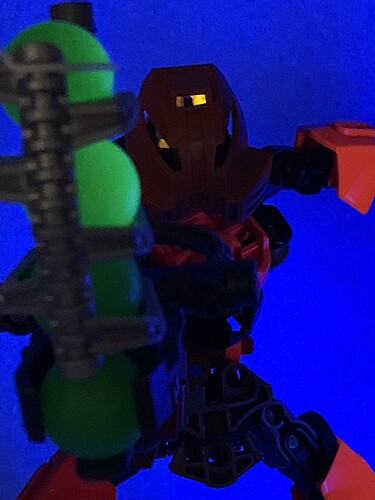 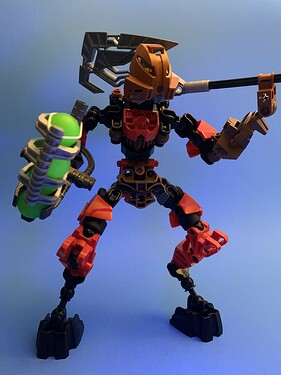 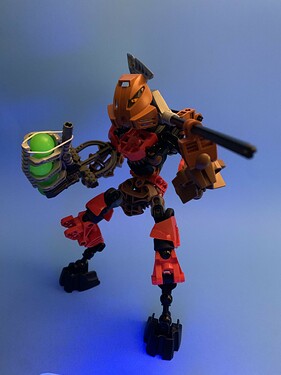 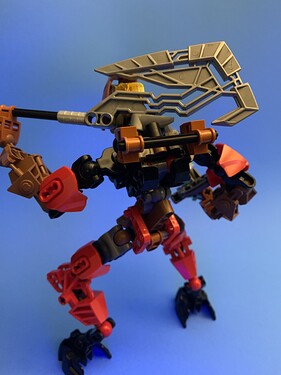 Name: Landslide/Gucaa
Species: Originally Matoran, now Toa
Prevailing Element: Stone
Quote: “I hate water.”
Gucaa was a normal Po-Matoran. Then he became a normal Toa of Stone. There’s only one thing that isn’t normal about him, something he lacks. He doesn’t have a destiny, being one of the few in the universe. Because of this odd quirk, the Order of Mata Nui uses him a fair amount. Right now, he’s found himself the protector of an odd island, not seeming to appear on any maps. He wears the Avohkii Kakama.
He has a distinctly European accent, but it is not easy to tell whether or not it’s meant to be British, Irish, or Scottish. I imagine there’s some Australian sound in there, too.
I can’t really think of a good song for him.

enjoy, i guess
reply too
i would like that

blacklight is cool
plus the usage of the mata feet on the legs.

i don’t know why more people don’t use one

Is there a story for the satyr legs?

His reverse leg is very unique! I love it