She was indescribably ancient and disturbingly frail in appearance. Her mask and armor were pitted and scarred from a thousand battles. She looked like a Toa, but her armor and mask design didn’t resemble anything Takanuva had ever seen before

So yeah that was my goal creating this, something intricate, weird, unknown yet familiar and frail yet strong. 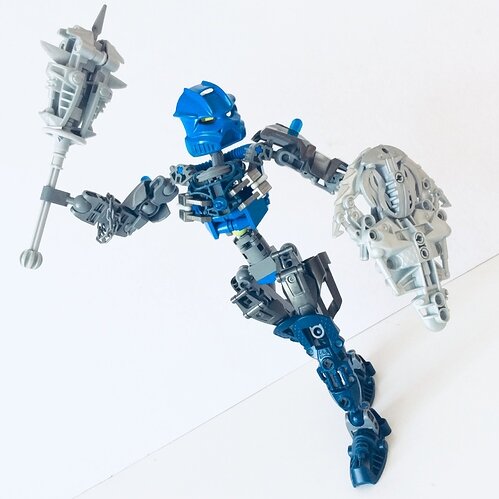 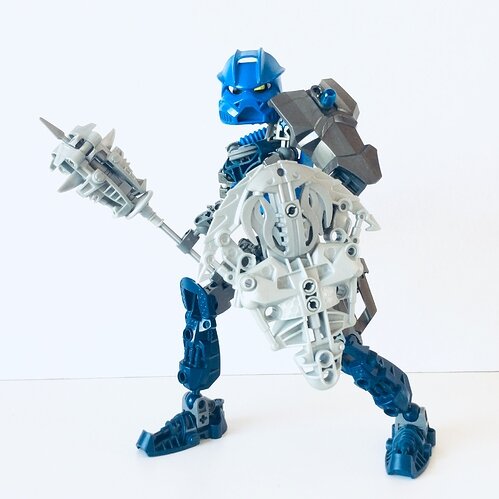 The asymmetrical dark gray armor I think really gives a scarred look which fits her really nice; I would used another kanohi but the Kaukau Nuva is the only Mata blue mask I own lol 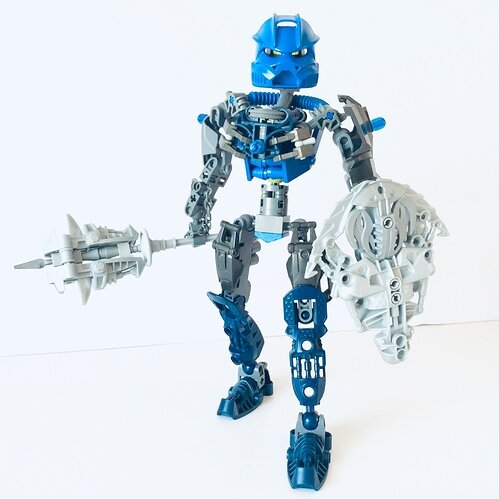 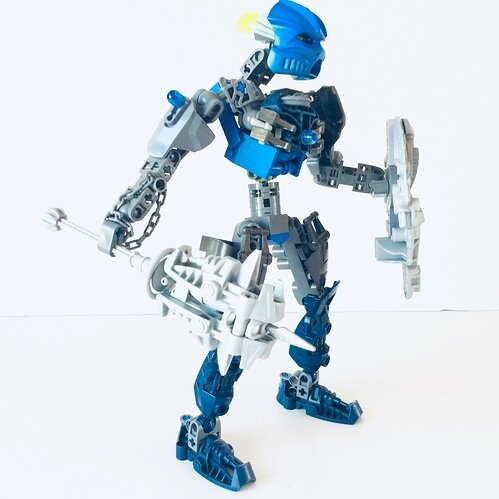 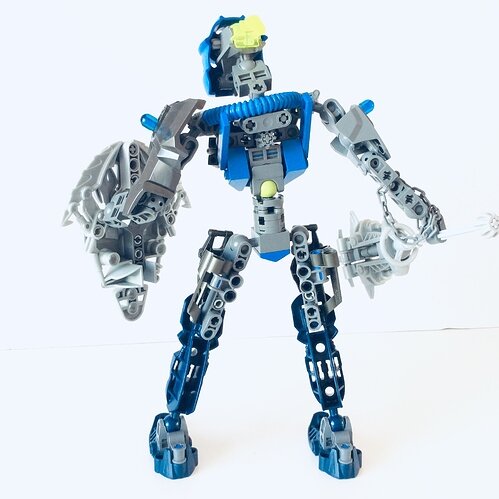 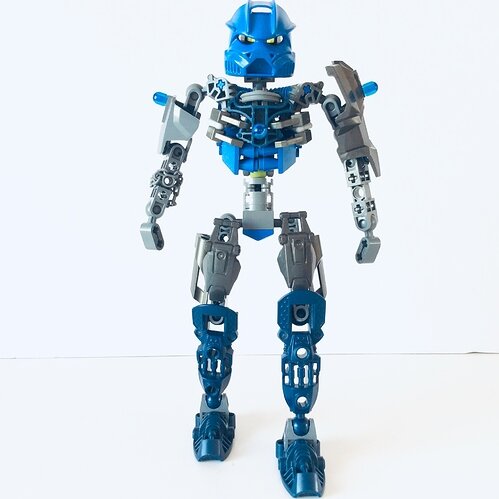 It boast crazy articulation if I may add, the metru-toran limbs in her shoulders give them quite a range, the ball joint in the torso can go front, back, side to side and all around.

Attention: I used some broken pieces which in no way or form are used in illegal conections or in some way in which a non-broken pieces would be unable to be used, the number of pieces I use is limited so I wasn’t able to replace them. 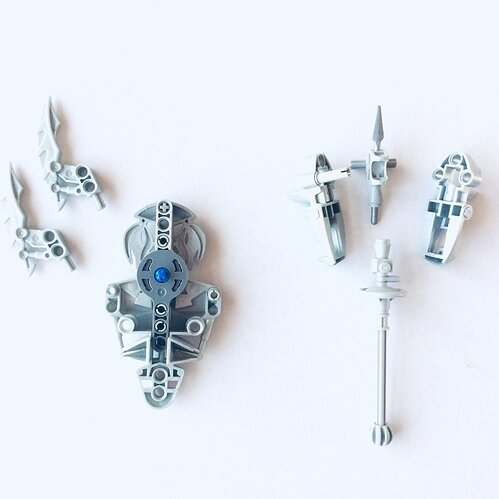 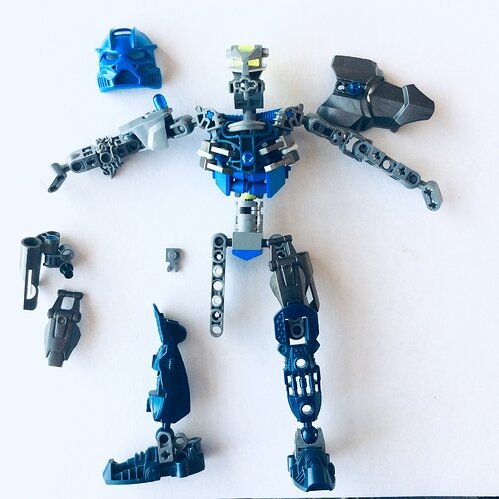 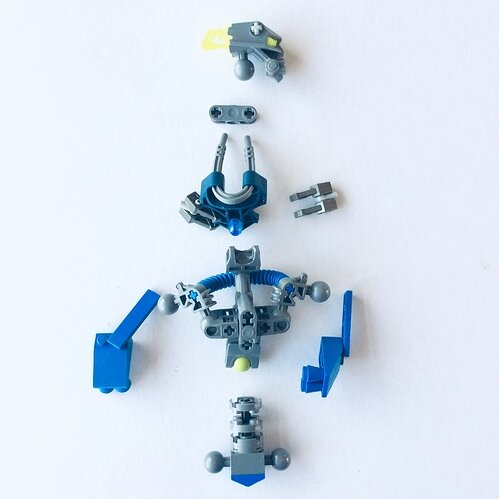 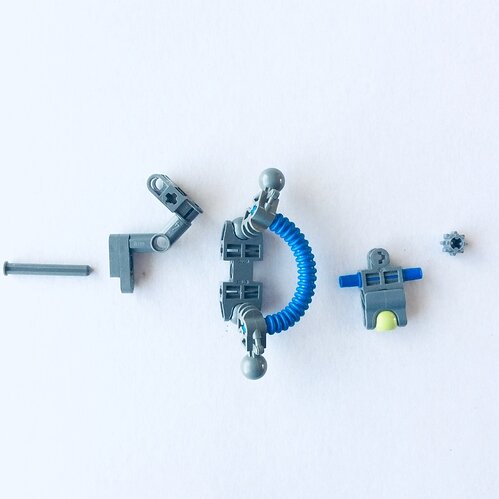 That’s it, hope you guys liked it, I don’t usually build toas so it was fun; also this being my first post on this site, apologies If I messed up.

Ooh, I really love the shield design, it’s not something I’ve seen before, really creative work!

I like this one. It looks really feminine which is what I find most bionicle female sets lack. Also the shoulder design is smart.

This is probably one of the best entries over all. It isn’t perfect, the neck connection seems to make it to separate from the body, and the transition from Technic to System at the waste is a bit awkward, but as a whole, it really feels like the book description of Helryx jumped out into physical form. This will likely get my vote during the bracketing, though there are of course other excellent entries, as well.

Thanks for all the feedback guys!

I think I’m in love.