Here is my entry for BIONICLE Canon Contest #1: The First, depicting my version of a Destiny War era Toa Helryx. 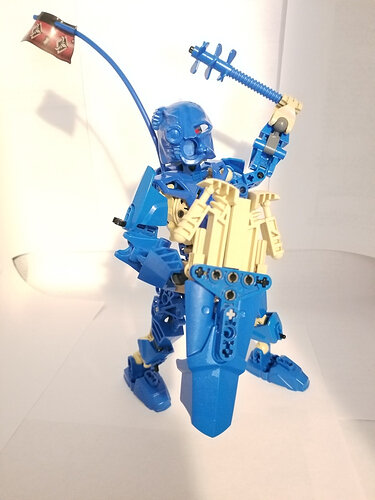 I really wanted to do a nonstandard secondary color for a Toa of Water ala Uniter Gali or Hahli Mahri. Initially I wanted to use burnt orange to represent rusted armor, but due to piece availability I couldn’t. I ended up choosing tan when I realized I’d never seen anyone use a sandy beach aesthetic for a Toa of Water moc. 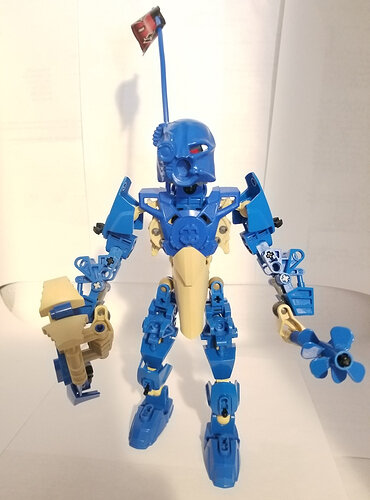 I realize that the mask I used doesn’t matter, but I still decided to go with the Akaku Nuva because I thought a scope made perfect sense for the Mask of Psychometry. Plus it has what looks like a microphone on the mouth, and I figured that if anyone had a radio in the Matoran Universe it would be Helryx. 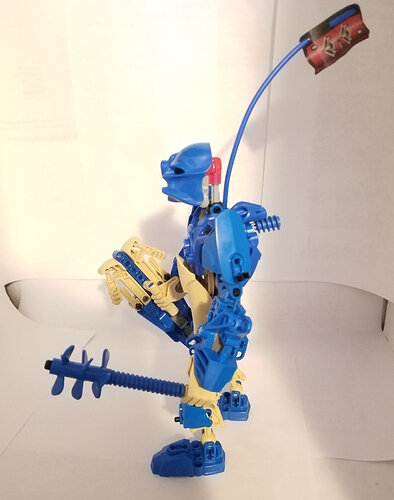 For the mace and shield I was thinking of the dual-use tools of the Toa Nuva, so I made the shield into a kite shield so that it might double as surf/wake board and the mace into a propeller. 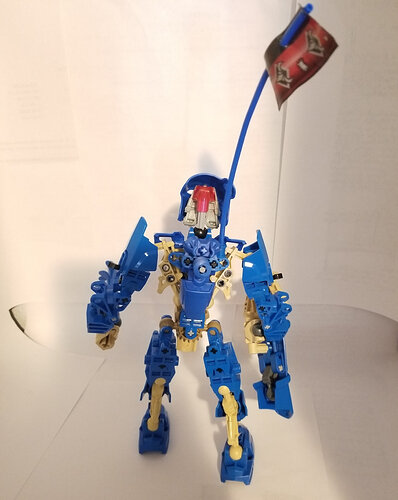 I always imagined Helryx as an ancient knight commander, so I tried to represent that with plate armor that was reminiscent off the Toa Mata and a banner. Despite the heavy armor, she was still described as thin and frail, so I decided to purposely leave gaps that would show how thin she was underneath. 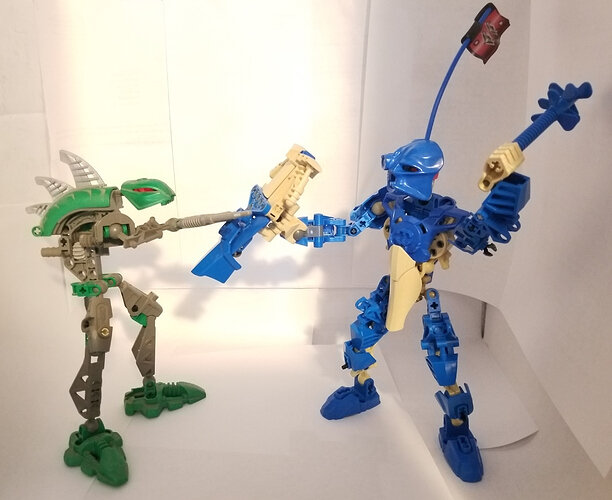 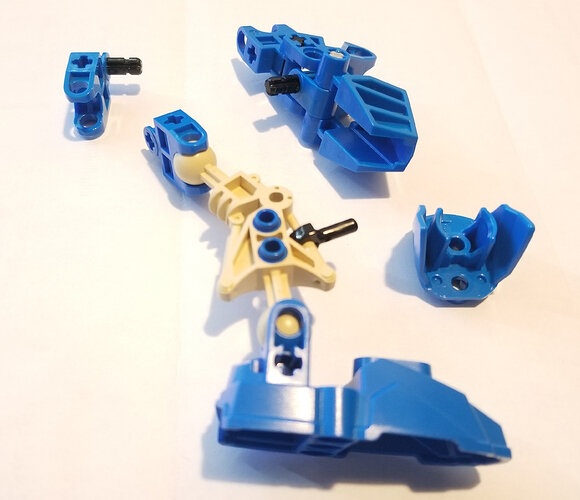 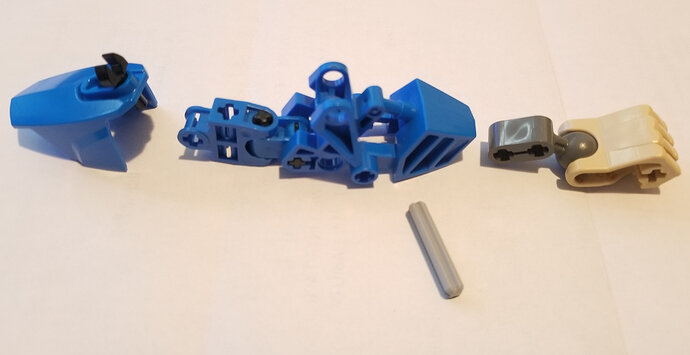 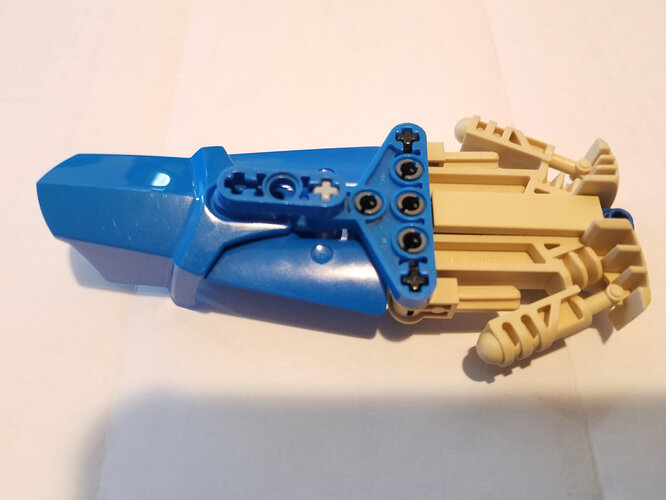 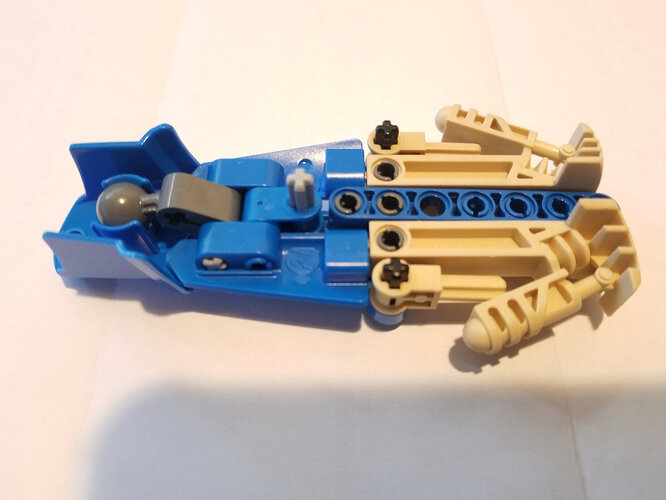 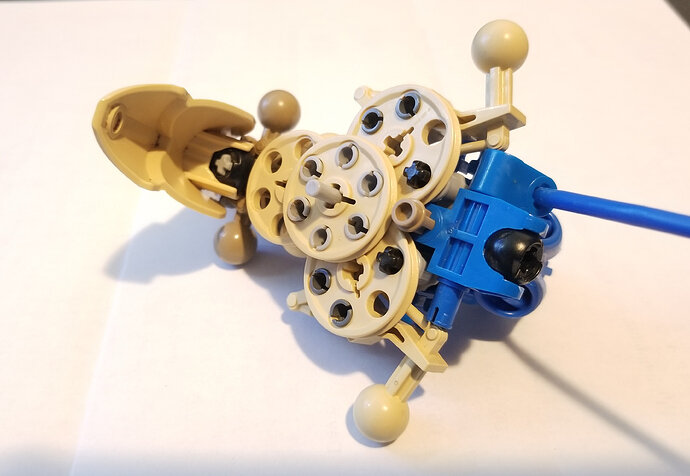 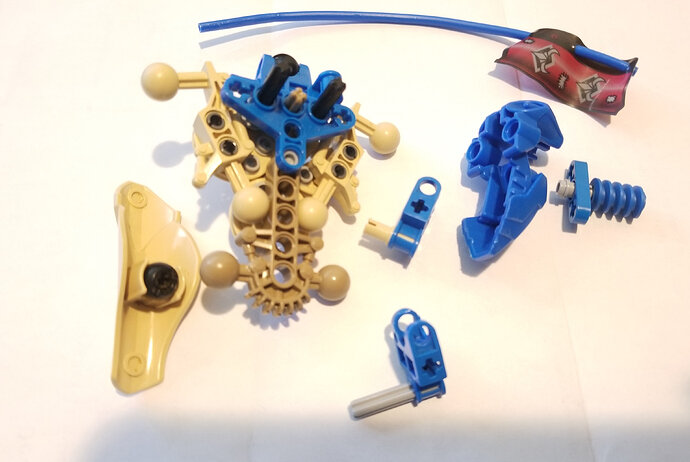 I love the torso especially

The torso is really good, but the use of armor feels really off. She does look frail build wise, but the arms just look awkward. I really like the legs though!
7/10 that’s one nice torso.

My favourite thing here is probably the inner workings of the torso, I love the use of Those disc pieces in tan. It’s a solid moc overall:)