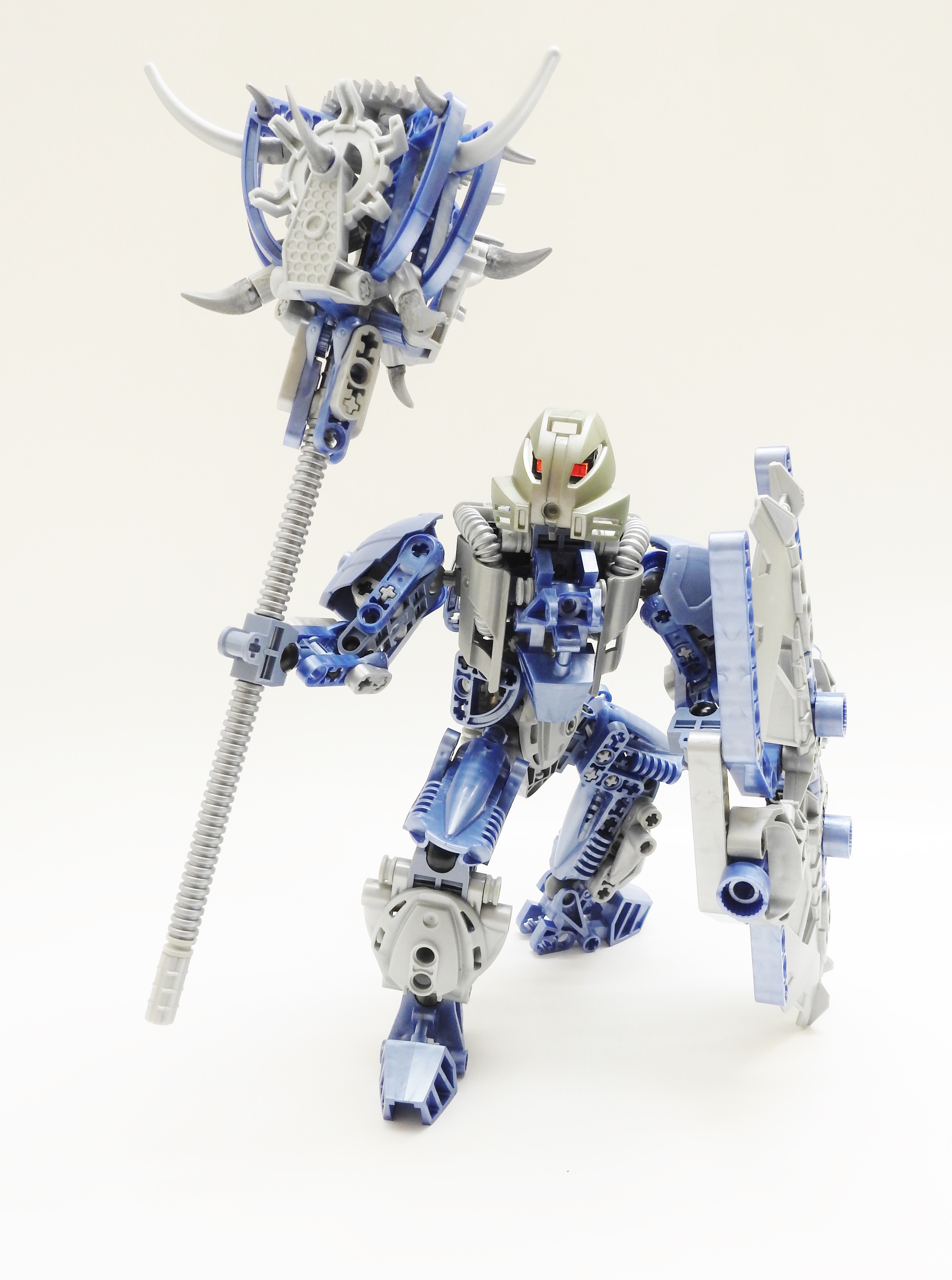 This is my entry for the First BIONICLE Canon Contest.

Initially I tried to make her similar to toa Krakua. However, I wasn’t able to make that work with the color scheme I wanted. I have always been fascinated by some of the rarer colors LEGO produced quite a while ago in only a few sets. Metallic blue, and complementary sand blue are fairly rare in bionicle, and are ones not seen on any Toa in canon (so far). I gave her an open socket in her chest as a callback to Gali Mata. I personally choose to put a Kakama on her, as my brother told me he saw a toa of water I built years ago as what he imagined Helryx to look like. If I do win, I would be willing to photograph her with a winning mask design. 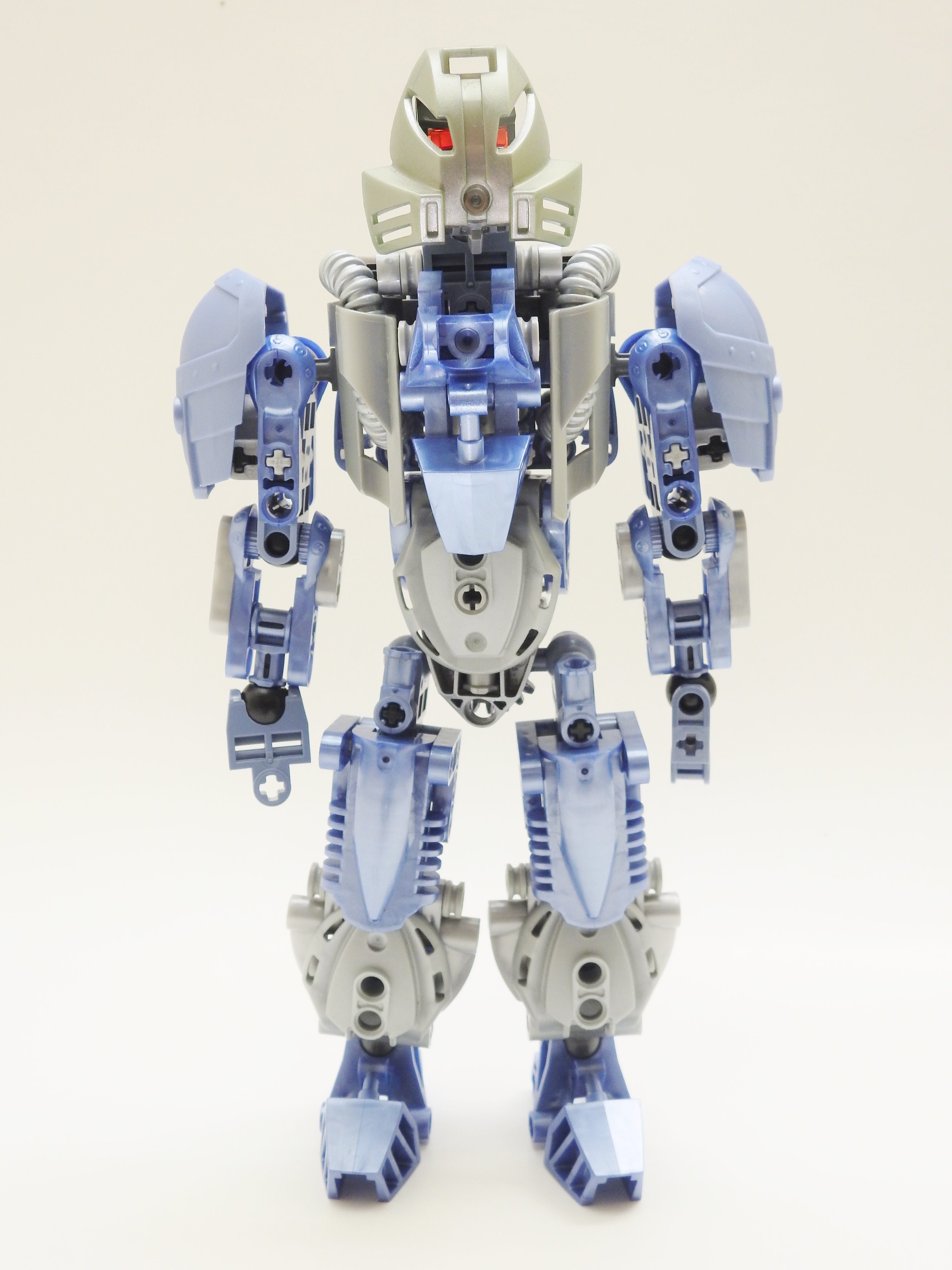 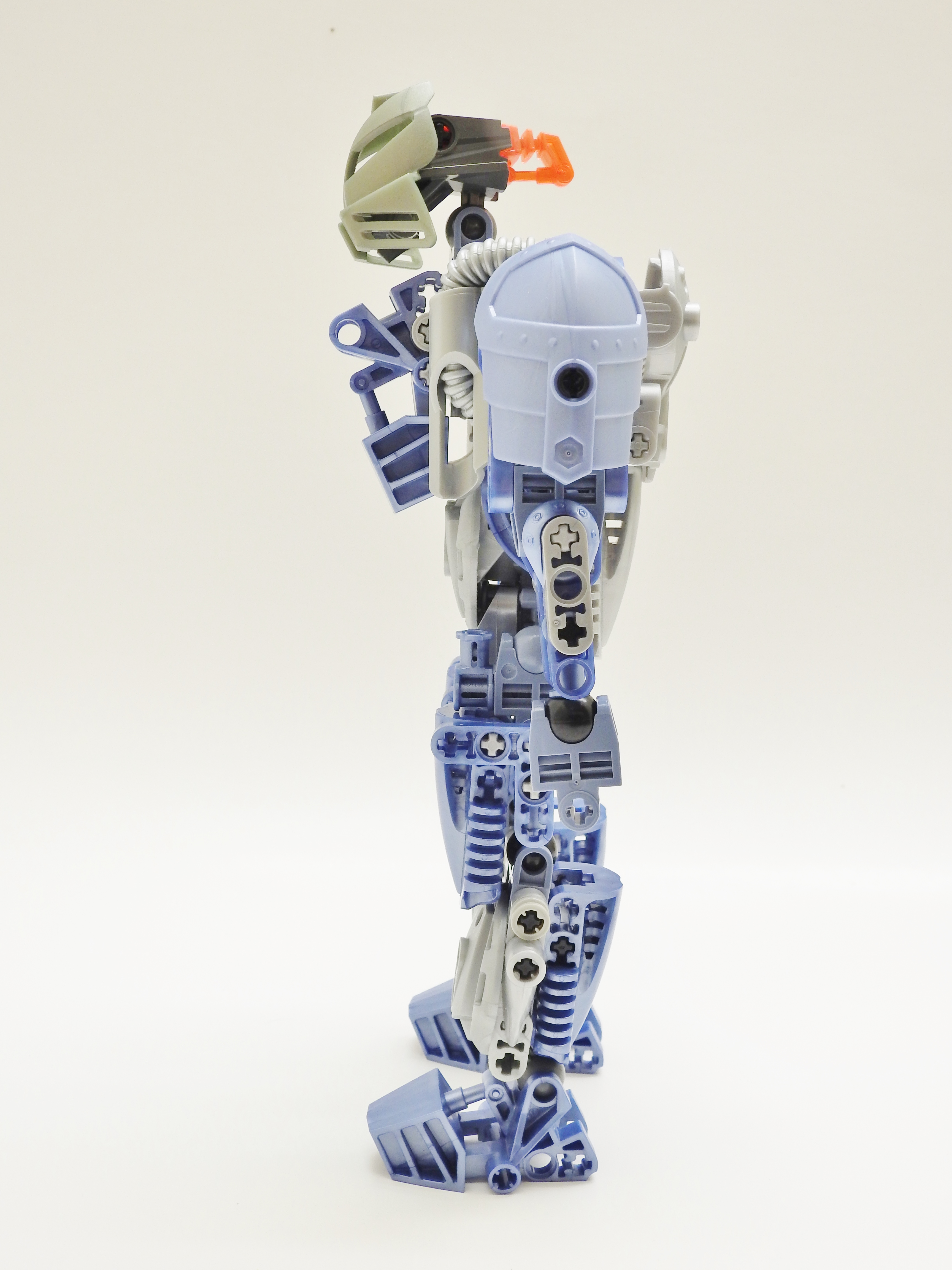 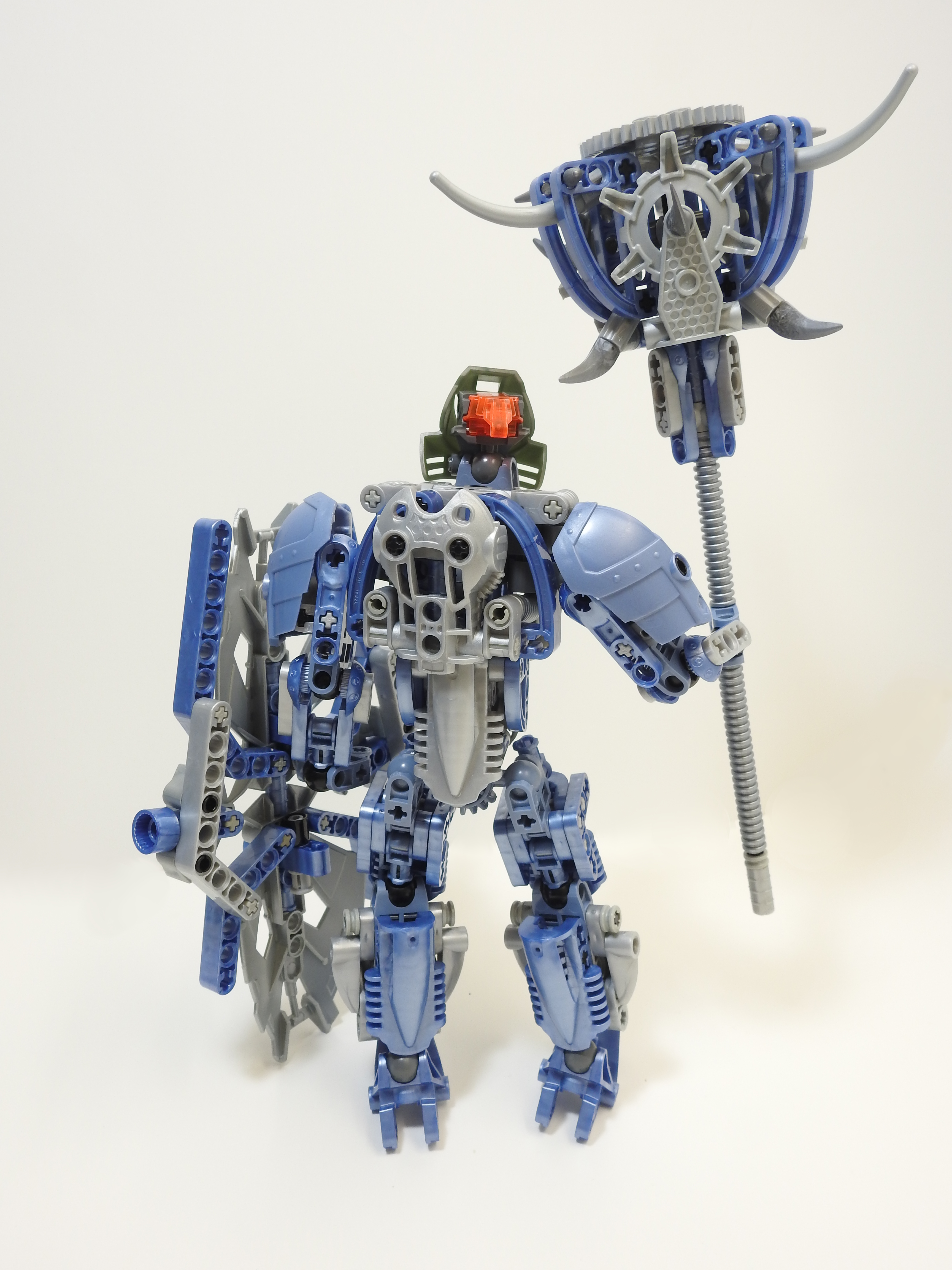 The MOC itself has about 90 degrees of waist articulation. Newer technic parts were a great asset in being able to build her. I loved the mace design, even if it is a bit large for her. However, with newer technic balls that have grip, she is able to hold her shield and mace above ground.

I will say I did build her before I recalled that she was descried as frail. I’ve tried to justify it after the fact; as she doesn’t use pre-molded limbs (and really no purely pre-molded components except her head, feet, and hands) her body would appear to be much less sturdy than solid looking than those of beings represented with large pre-molded components. However, I do understand if this isn’t enough to convince some, and I do admit this is a retroactive thought. 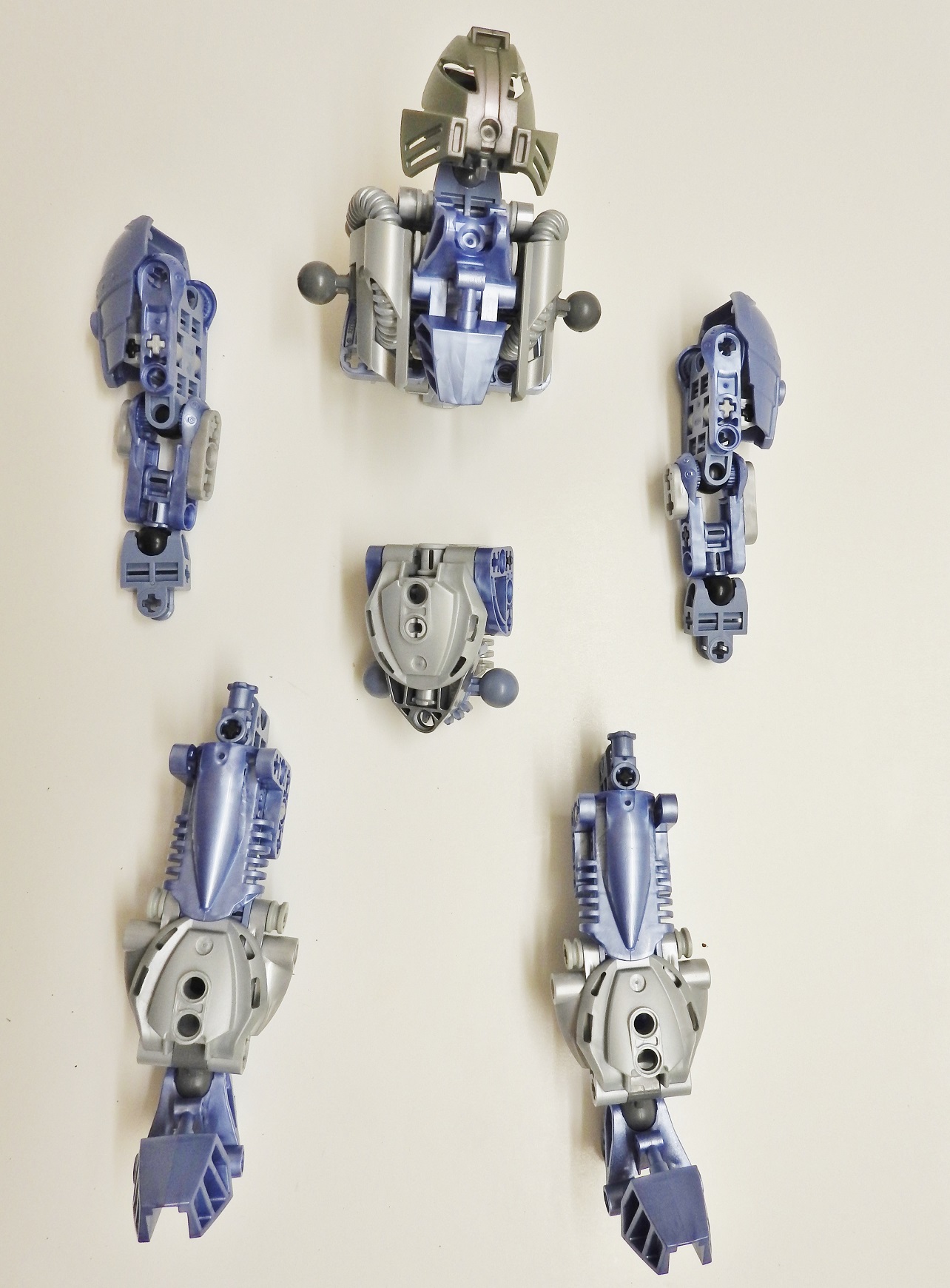 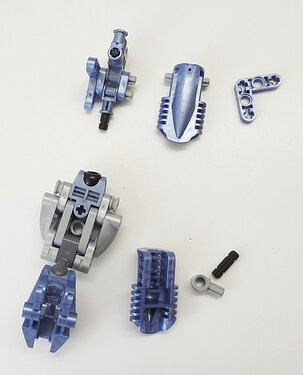 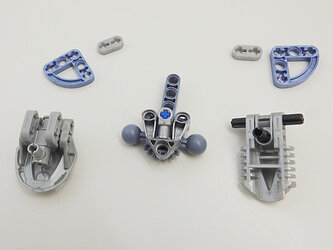 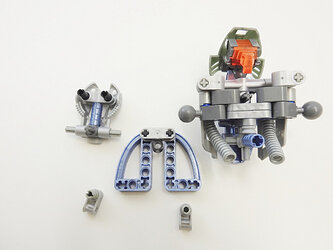 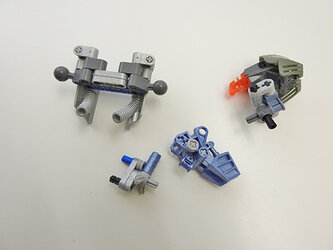 image1152×864 161 KB
Because this is a bit intensive in terms of parts usage, I have included a more in depth breakdown in an imgur gallery here.

Thanks, and good luck everyone!

Once again, nice use of the Metalic Blue color! It gives it a very distinct early 2000’s vibe!

So jelly of your metallic blue colour scheme, looks great!

Even though most of me wants to win, a small part really wants one of these metallic blue entries to become canon, since it’s pretty much the only chance to give a Bionicle character that color (except maybe Gaaki?).

Beyond the color, this is a very nice-looking MOC! The torso especially is quite solid.