After must request, I’ve finally decided to create a TTV account and throw my own Helryx into the ring at the very last minute. My goal was to make her exceptionally set-like, something you might have actually seen released by LEGO circa 2009. 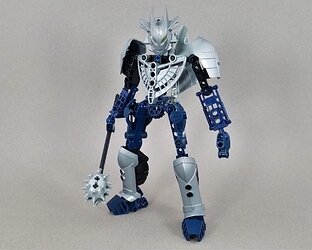 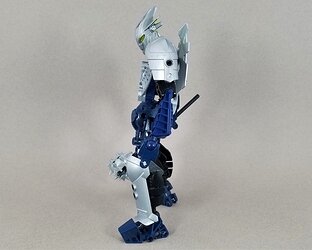 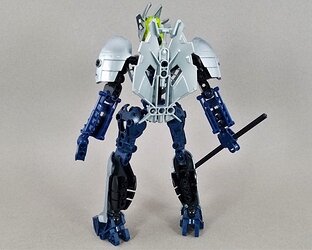 20200620_1824422831×2266 851 KB
Like others, I’ve chosen Knights Kingdom armor, something which would be very unfamiliar to Takanuva. I’ve chosen a Hordika chest plate, also unfamiliar, but furthermore a very thin piece of armor with twisted connotations and skeletal qualities that might come across as disturbingly frail. 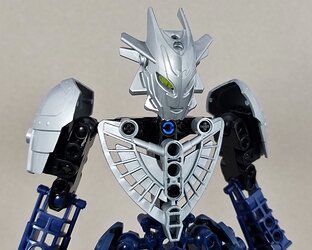 20200620_1830002832×2265 776 KB
Standing in as her Mask of Psychometry is the helmet of Brain Attack Breez. I’ve always felt that this is one of the few Hero Factory helmets which just about works as a Kanohi, as its absent of details I feel are too technical (like Furno’s microphone or Stringer’s subwoofer.) The markings on this “mask” are very nearly tribal and the eye shapes are wise and elegant. Plus, its proportions are evocative of Glatorian Legends Mata Nui’s Ignika. 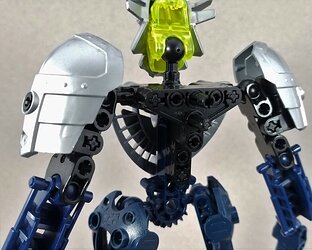 20200620_1826142832×2265 771 KB
Built into her back is intuitive storage for her shield with a connection method very similar to the Uniters from 2016. Again, I wanted this to be playable like a real Lego set. Her torso build is very deliberately bare-bones and while her armor may be rather bulky, her arms and legs are quite thin underneath. 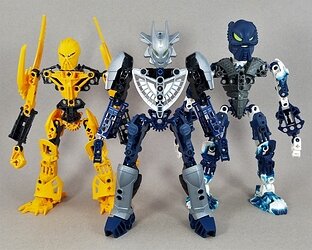 20200620_1828462832×2266 1.19 MB
Time for some LORE. What makes sense to me is that Helryx would have a similar construction to both the Glatorian and the Inika. The Great Beings designed the first Toa themselves based on Glatorian. They were also directly responsible for programming the Inika protocol into the Red Star, which bypassed a Matoran’s perception of a Toa with their own. 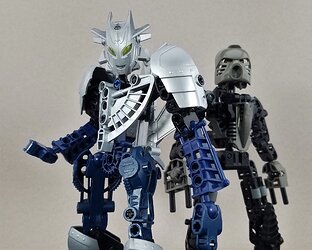 20200620_1912362832×2265 860 KB
She carries a Protosteel shield, a tool canonically worn by Mistika Onua, so I’ve decided to simply make them one in the same. Her mace is also very simple, again something you might have actually seen from LEGO. Besides, I imagine Helryx to be a very practical and ruthless fighter. Extravagant weapons don’t suit her in my opinion, she wields basic tools that get the job done - whatever it takes. 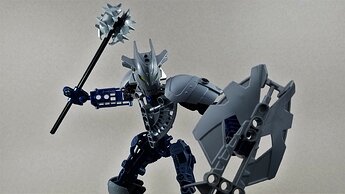 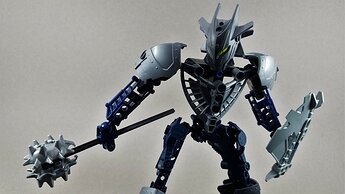 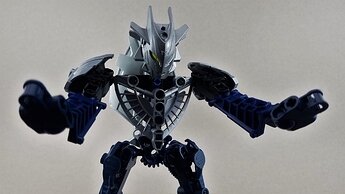 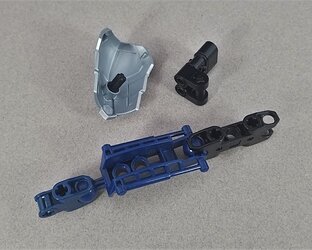 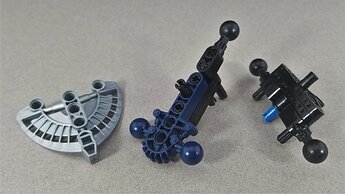 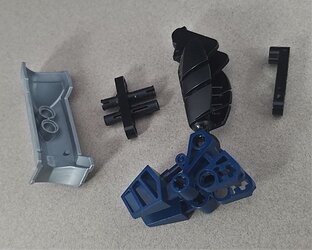 Finally, we peek beyond the limits of my backdrop for a grand and glorious Order of Mata Nui group shot. 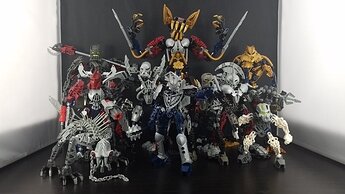 Wait… Is that the IXRollOutIX himself from YouTube? Man, that’s a name I haven’t heard in a long time… Welcome to the Boards, RollOut! It’s a pleasure having you with us!

Thank you very much for entering!

We can’t accept this entry just yet, as we still need the required three breakdown photos. That being said, I understand these photos may be old since my understanding is that this isn’t a recent creation. If you’re unable to provide those three photos, then I suspect this can be recreated in Stud.io with little issue, and that would suffice.

Once again, thank you for entering, and apologies for the hassle. I realize this is a pretty classic representation for Helryx so it’s super cool to see it entered.

No problem. I have now added three breakdown photos.

I honestly adore this. Not quite how I perceive Helryx, but I admire your headcanon reasoning behind the way she looks