"She was not Makuta, but she was indescribably ancient and disturbingly frail in appearance. Her mask and armor were pitted and scarred from a thousand battles. She looked like a Toa, but her armor and mask design didn’t resemble anything Takanuva had ever seen before.”

I’m not a fan of the skinny Helryx interpretation many people seem to be going for. I think the in-story description makes it clear that her war torn appearance has a lot to do with her supposed “frailty”, not her innate frame itself. At the very least, it leaves it ambiguous enough to not make her thinner than any other toa. So I didn’t.

As for the armor that Takanuva couldn’t recognize, I took that to mean it should be something different from technic. I chose to go for more system pieces on the armor because he’s never seen system pieces on armor before, and because Helryx is the oldest toa, so she should have something bridging the gap between system and technic.

Here I present to you a toa of many battles and experiences. 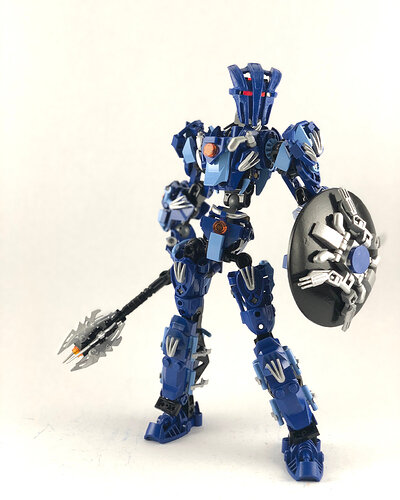 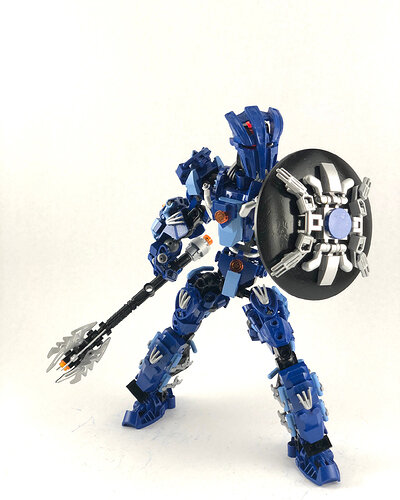 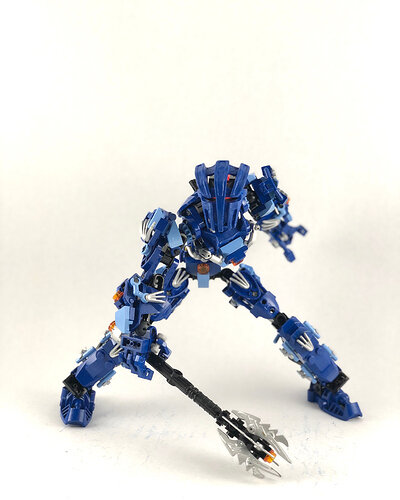 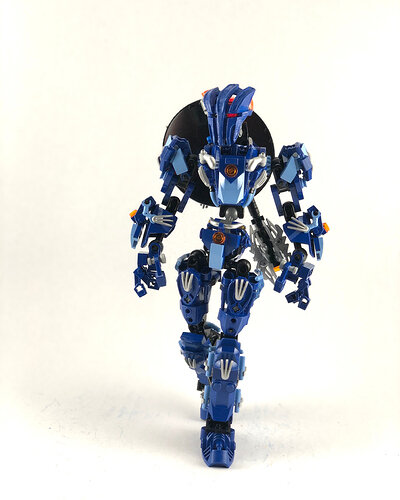 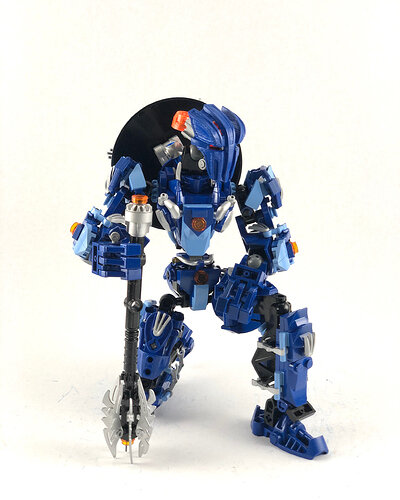 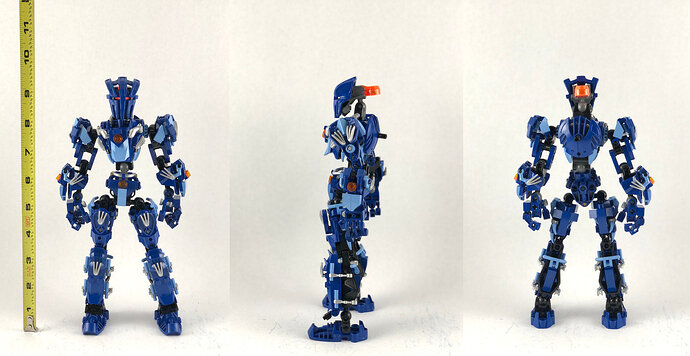 I want to thank my brother WholesomeGadunka for giving me some tips on certain aspects of the build.

Wow this ones good

I like most of it, but the system parts on the shins feels really pasted on and out of place. Works good in other places like the arms & torso though.

@Minirigby
Yeah I added more system stuff to her because she’s the oldest toa with armor Takanuva has never seen before. I took it to mean it’s something not strictly G1 Bionicle technic pieces. Could be G2 or even system pieces used as armor. I went with system as she’s the FIRST toa ever, the oldest. So she should have something to bridge the gap between technic and system.

I think this is actually my favourite so far. Unique, but not outlandish. Well built, but not overstylized/ridiculously greebled. Yes, it’s a tad on the deluxe side compared to actual sets (especially Toa), which I feel like new additions to the canon like this should always be compared with, but it’s nowhere near as pronounced as a lot of the more advanced interpretations so far (and considering her status it’s not like a little flair is unacceptable

). I can already imagine the artwork for this one, good stuff.

Aren’t you the one that made that totally sick nikila moc? 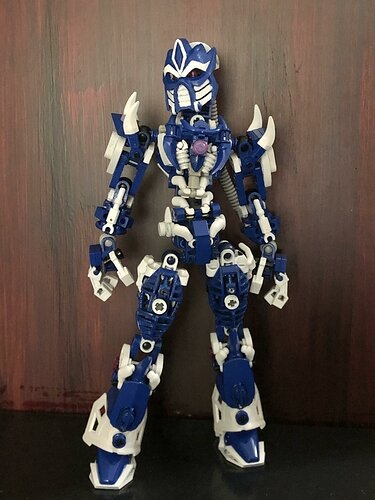 Lol thanks! I tried to keep it no taller than an Inika moc. Apparently Greg said all the toa are relatively the same size, so I tried to keep this moc around 9 inches. I tried not to put too many greeblings on Helryx, but I couldn’t help myself. Those claw pieces on her armor looked too good to pass up

No sir, that would be my brother WholesomeGadunka

He basically introduced me to moccing, so his style definitely rubbed off on me. Our Mocs will probably look alike going forward now that I started moccing, though I’m sure you’ll see a subtle difference between his and my mocs

Forgot to say this, but I love this moc, so mush in fact I’m considering changing my vote.

Very cool build! I’ve seen a lot of your work on reddit and I hoped you’d enter!

Love this one. Good luck!

Thanks! Though I think you might be confusing me for my brother, WholesomeGadunka. He’s probably the one you saw on reddit a lot

Oh sorry! Tell your brother his MOCs are great too!

Really nice build, it honestly looks like it could be an actual released set!

Okay, there have perhaps been some more unique and creative versions of Helryx in this contest that I like a lot, but…

This one just screams Toa, and it nails everything about the character really well. The form, the physique, the weapons, the shapes, even the mask that isn’t my favorite.

It’s not the most “out there,” inventive version of the character we’ve seen so far. In many ways, it’s almost exactly what you’d expect. But it’s definitely one of my new favorites, and I think I can confidently say this one has my vote right now.

Thank you! I’m just really glad people like the moc! I was hoping my version would do her justice as the leader of The Order.

wow! i love how finished it looks.

Nice. Also, Greg straight up says in one of his forum answers that the frail thing is because of all the damage she’s been through, not because she’s born skinny. So this should be fine.

I really like the overall proportions of this build. Just looking it at, it feels like it has a lot of articulation.