This MOC was made specifically for TTV’s canonization contest, and was a collaborative effort between myself and @Temujin.

Will elaborate on some design choices at the bottom of the topic for anyone interested. 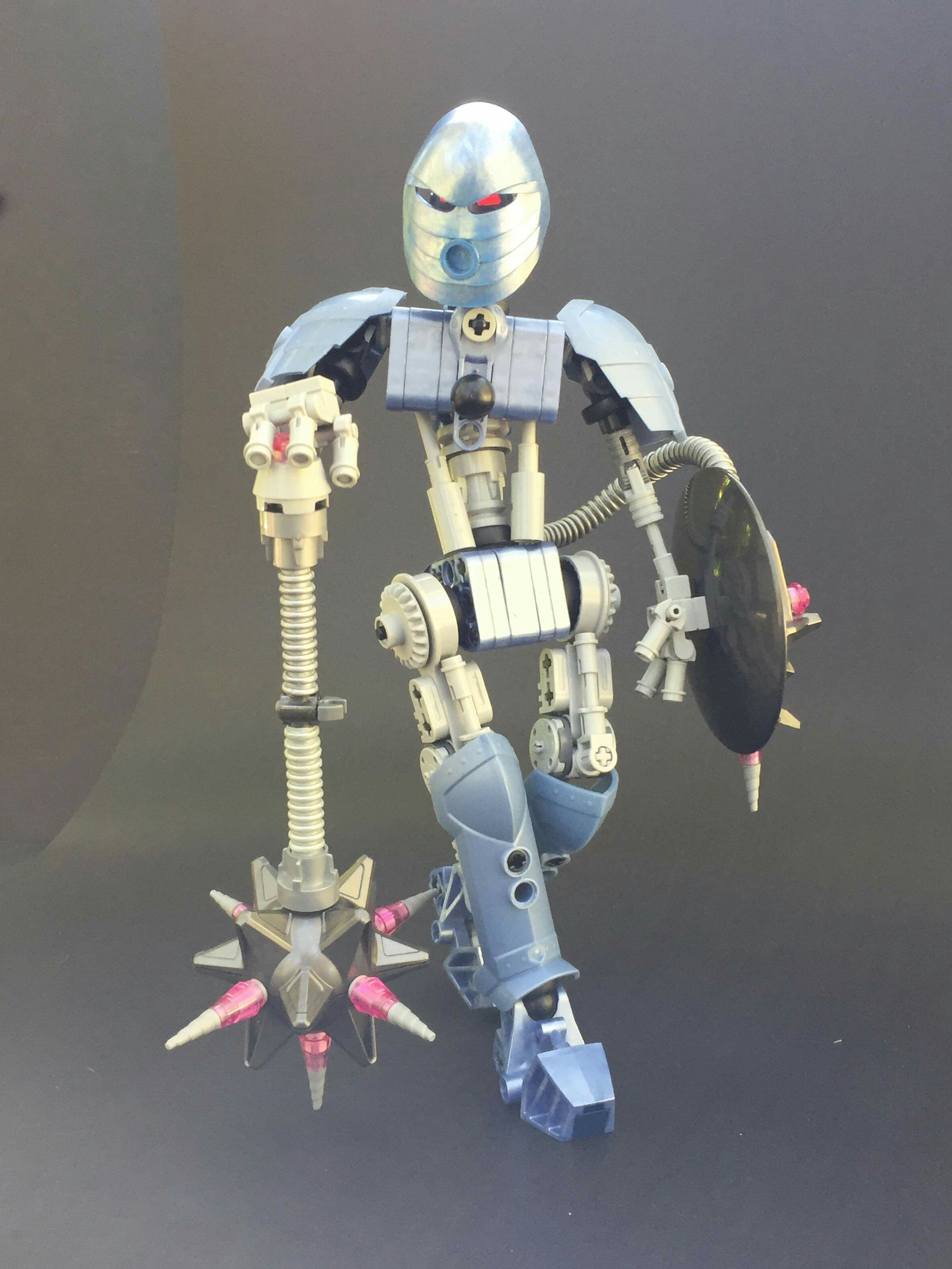 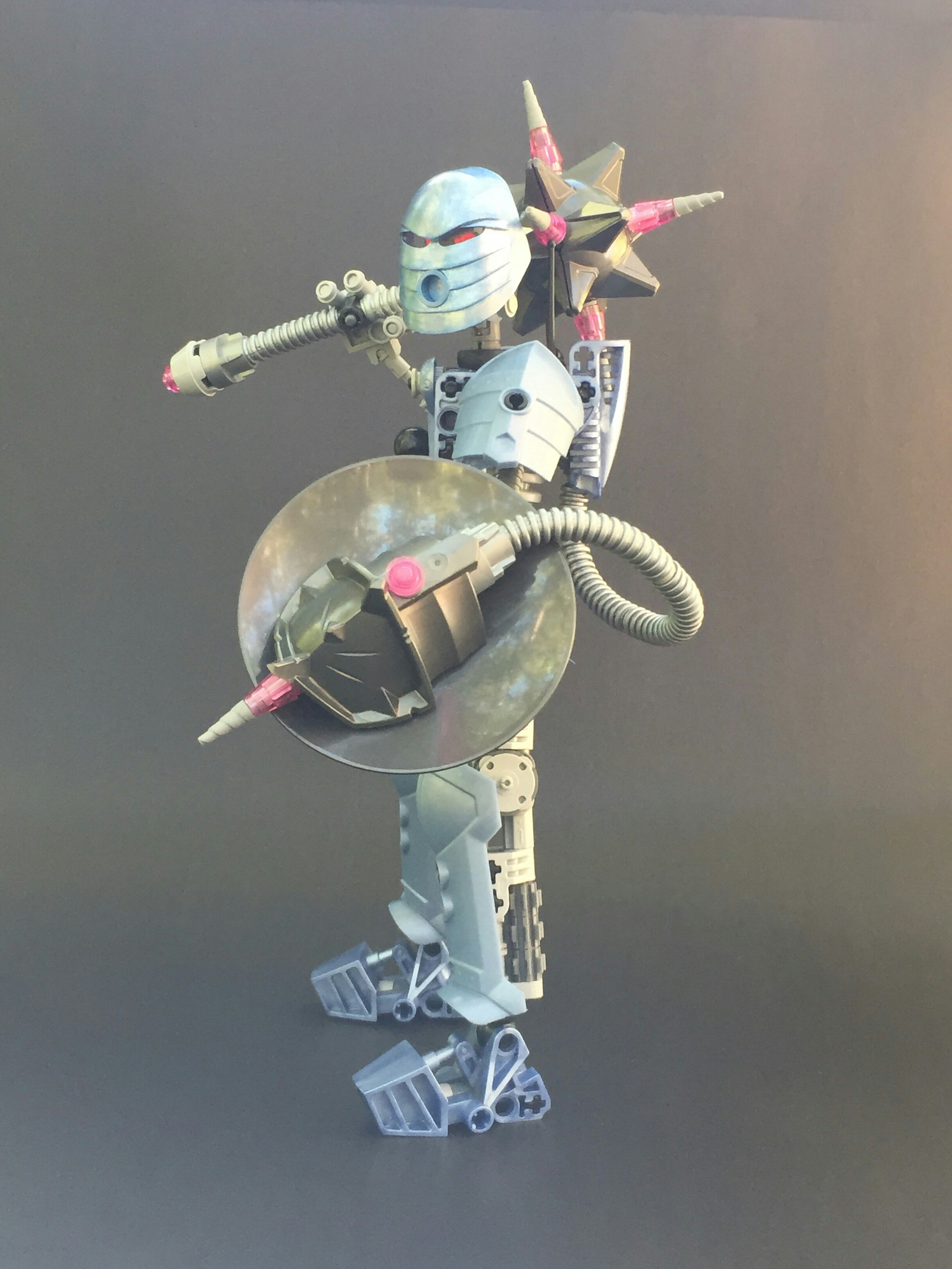 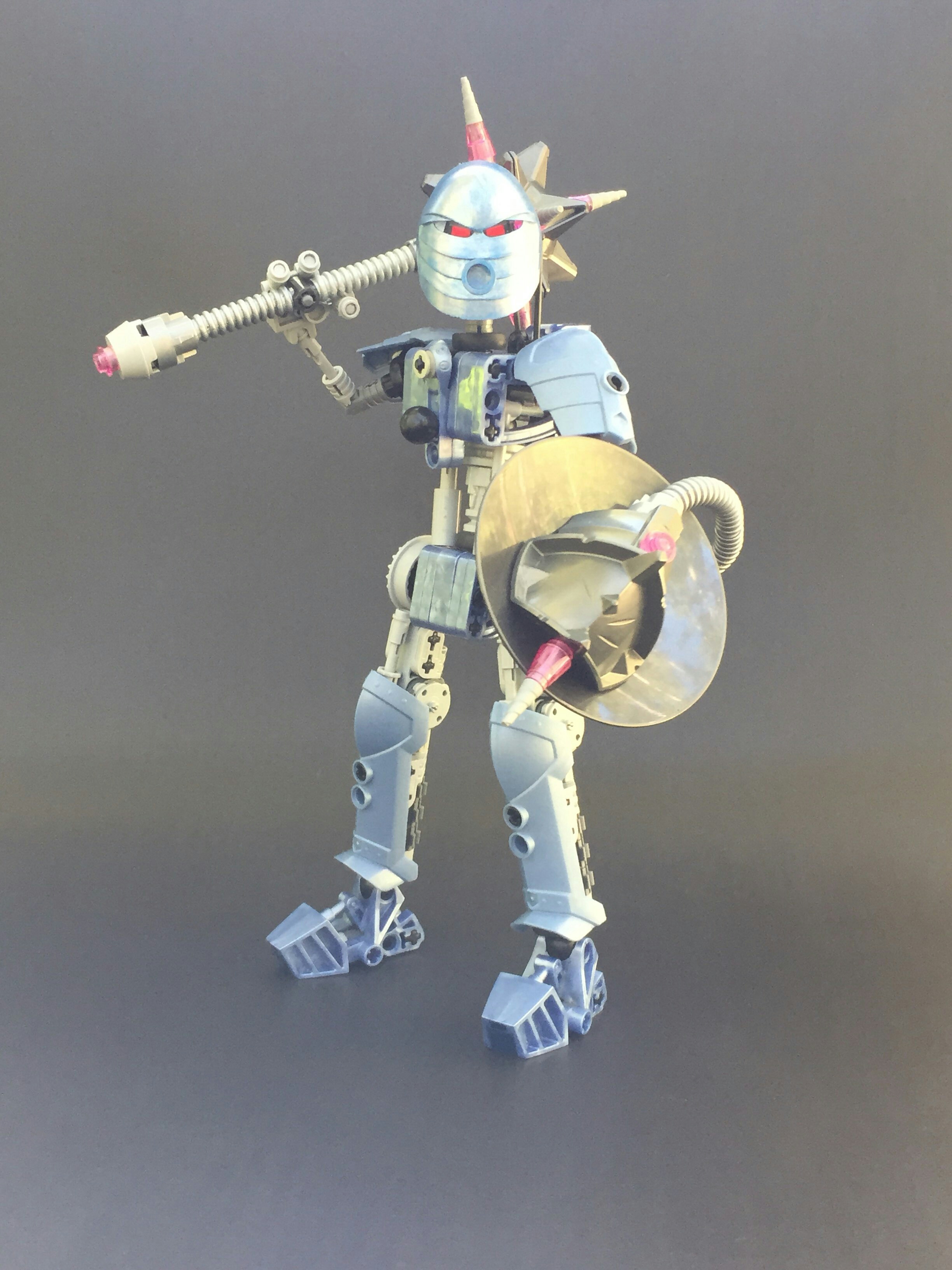 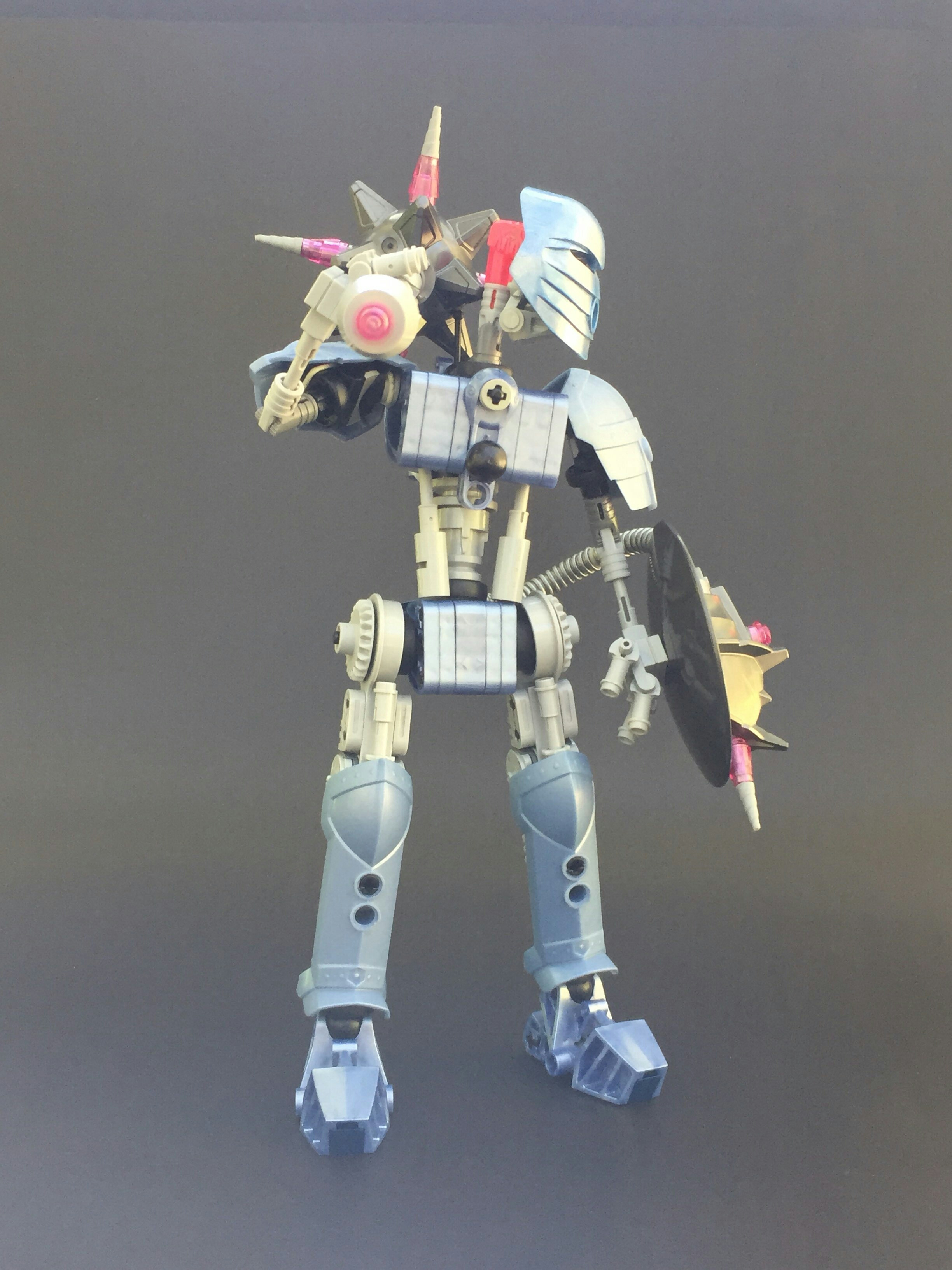 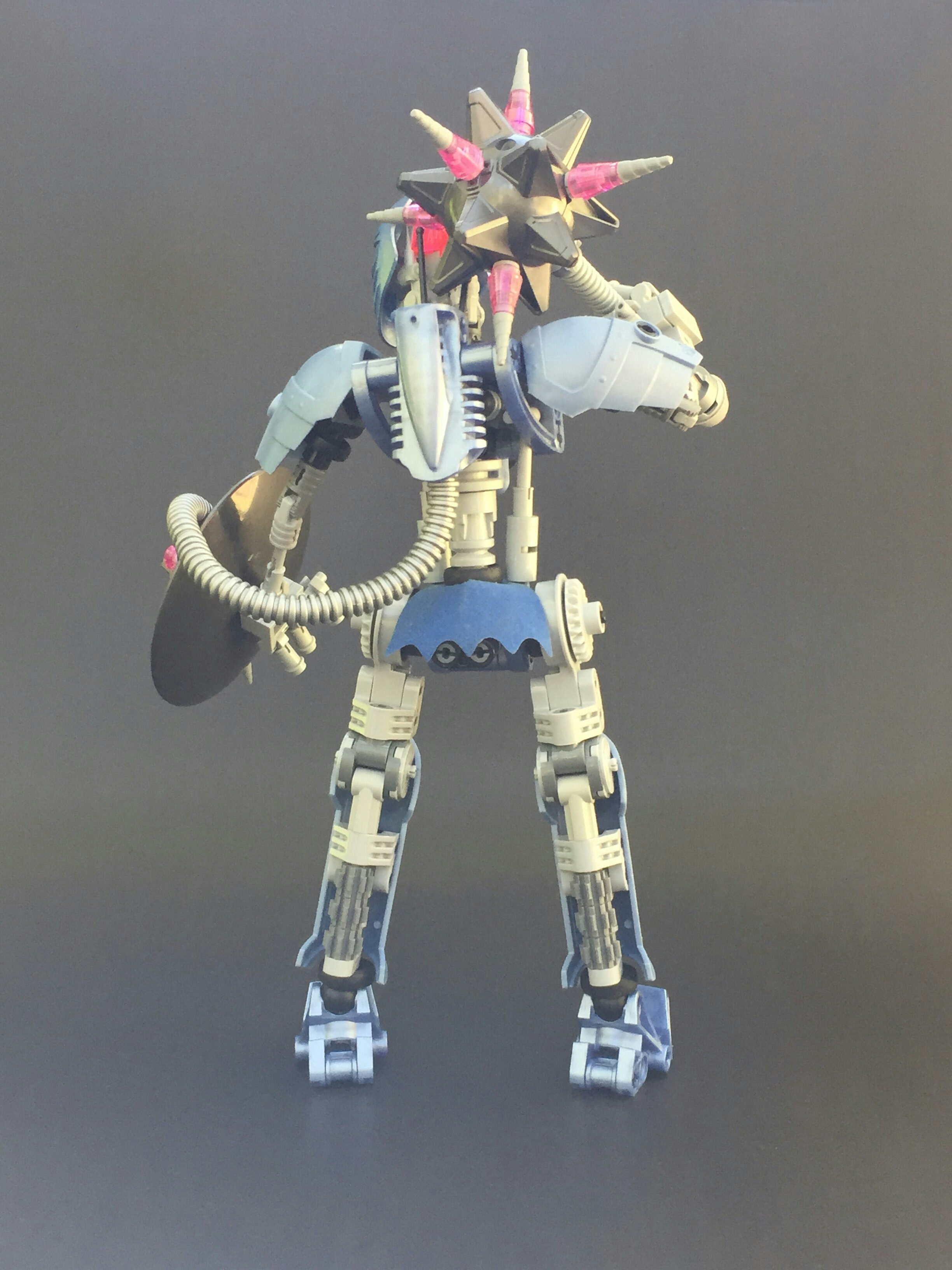 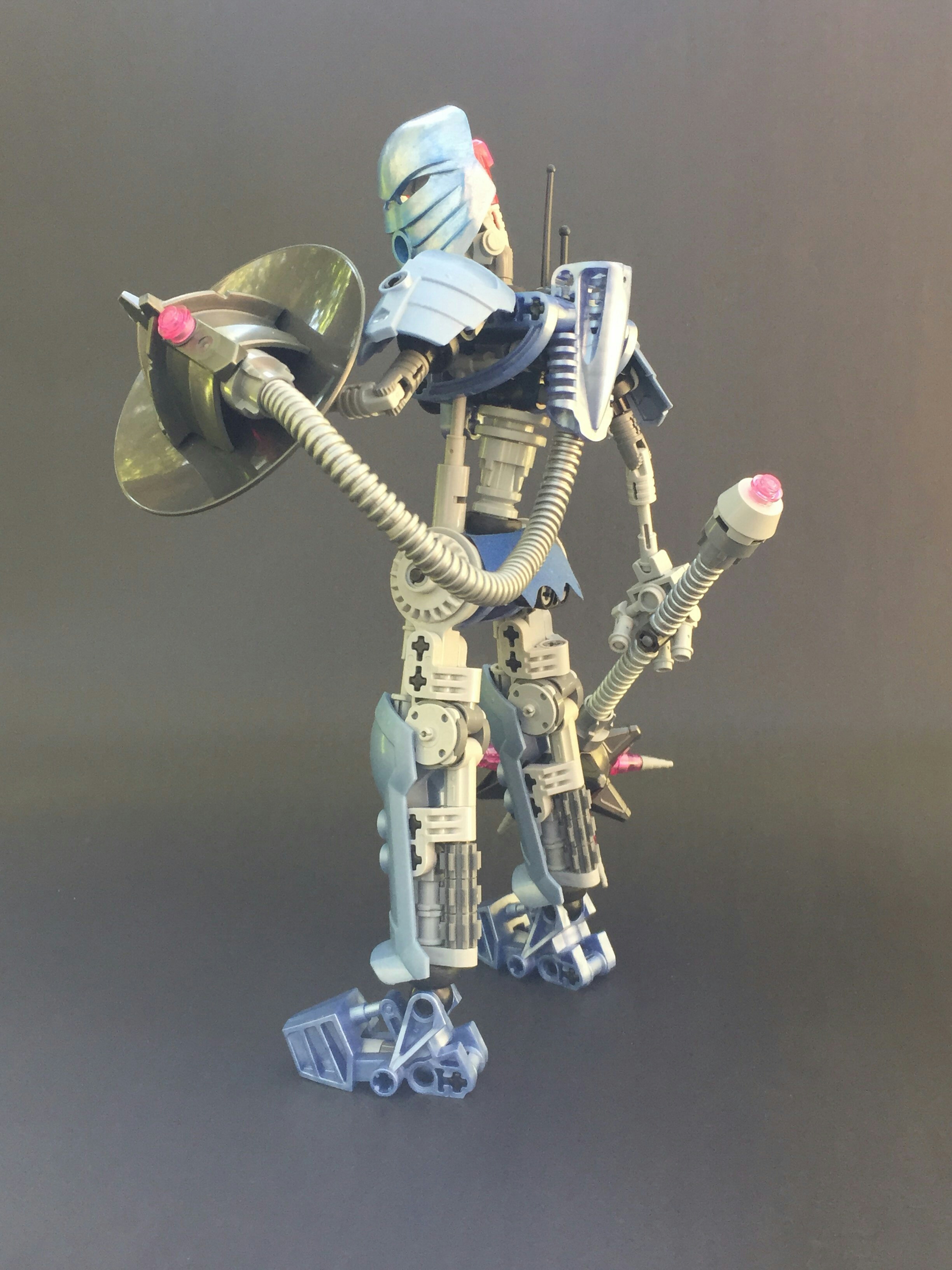 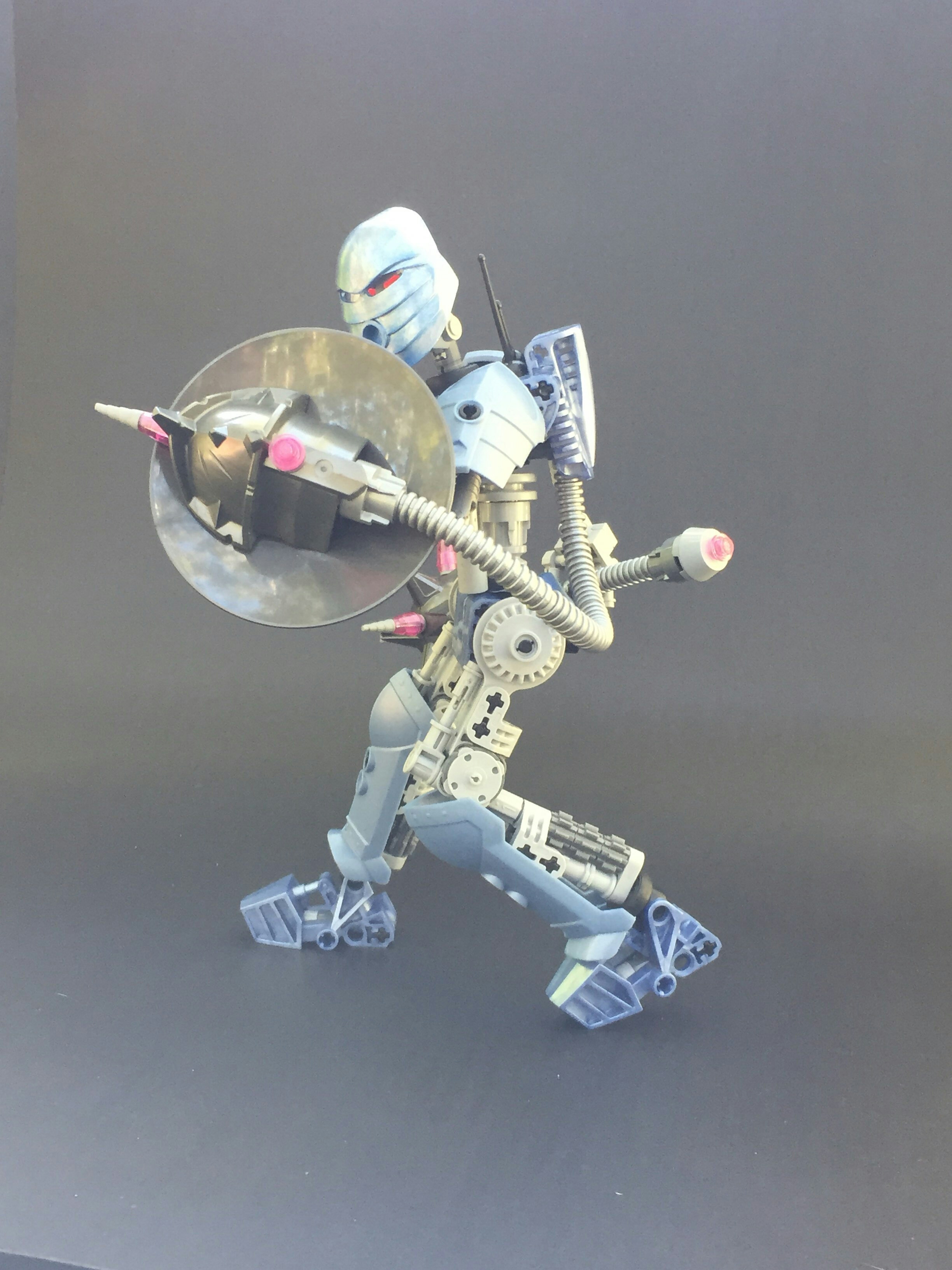 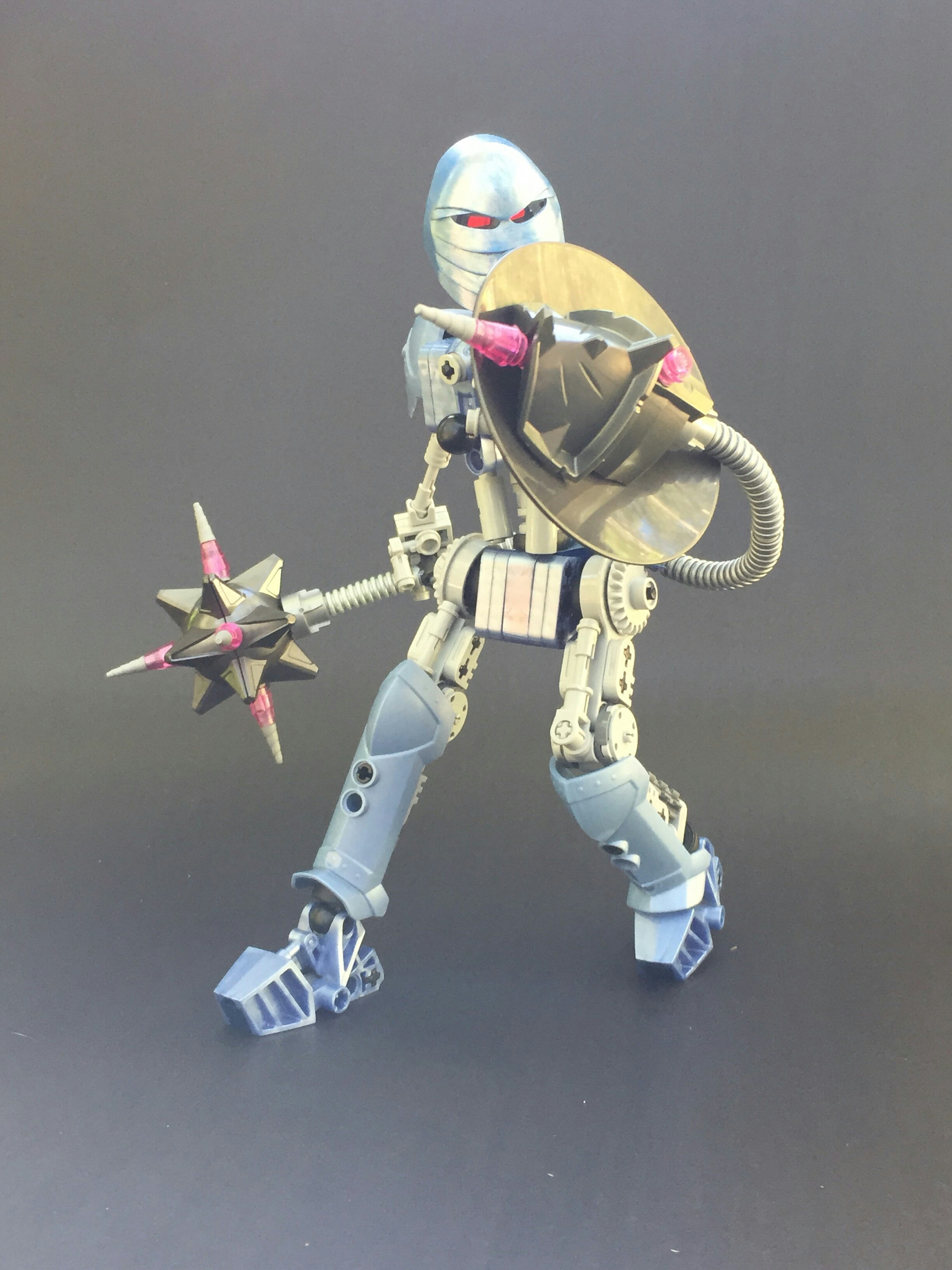 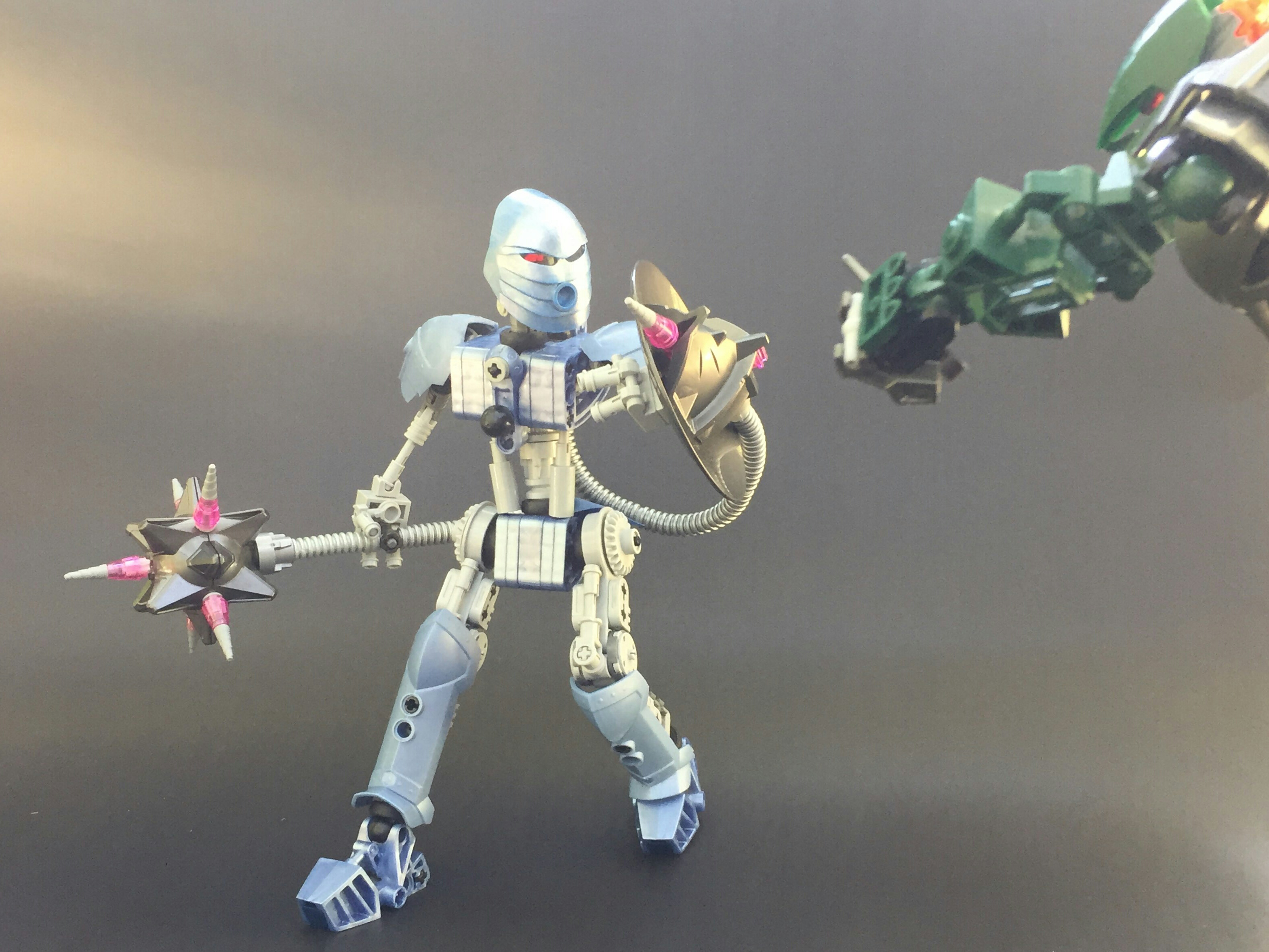 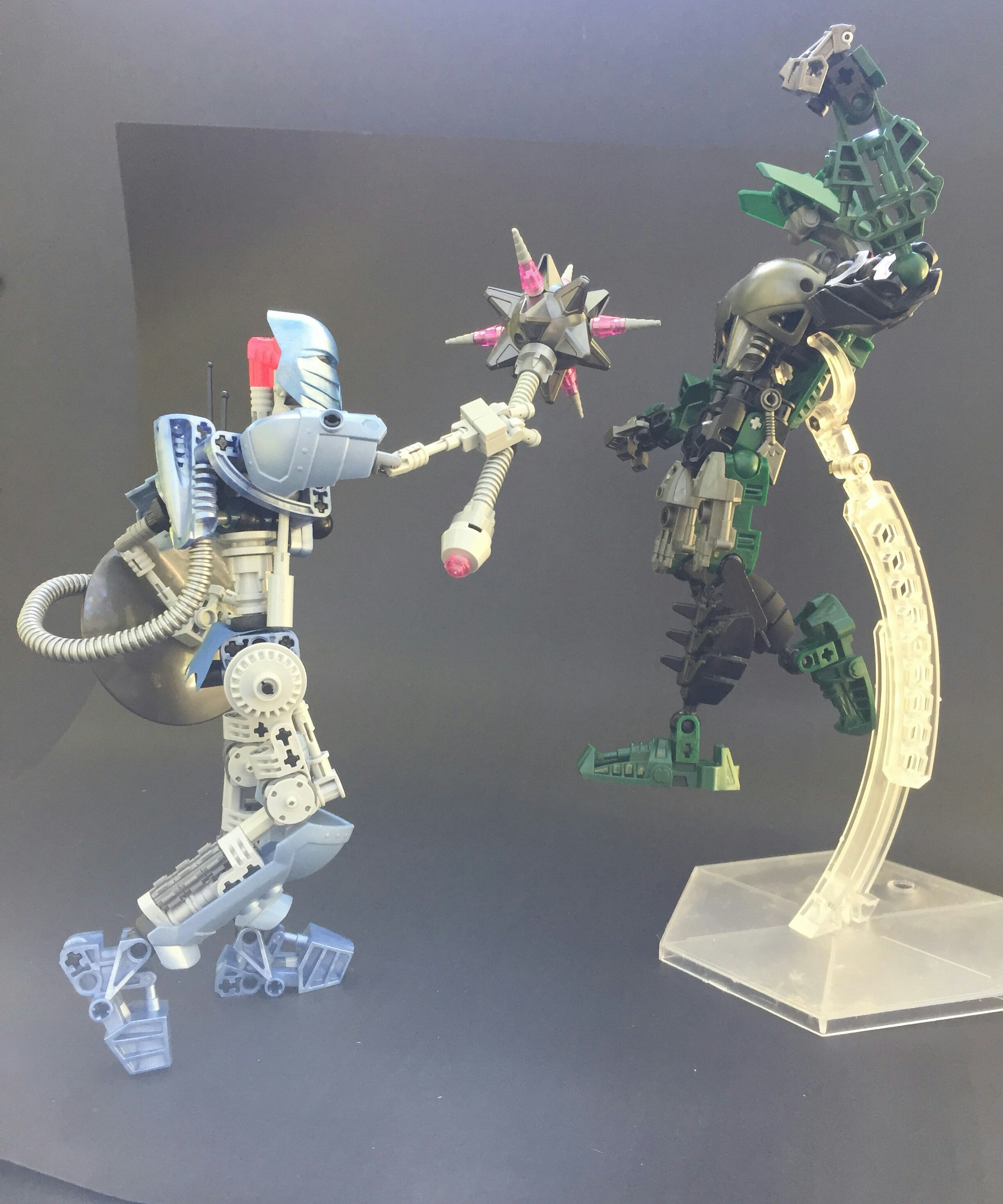 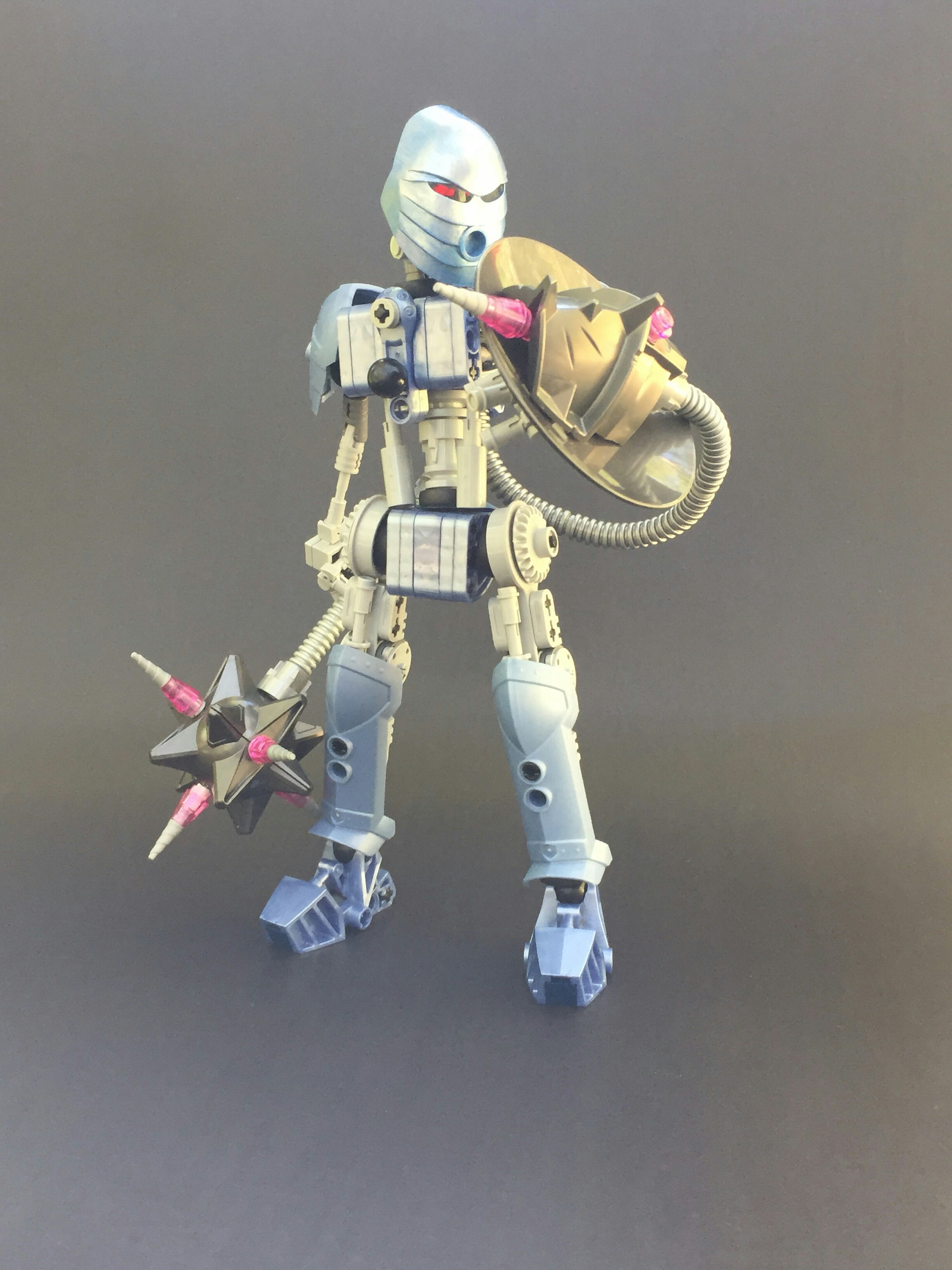 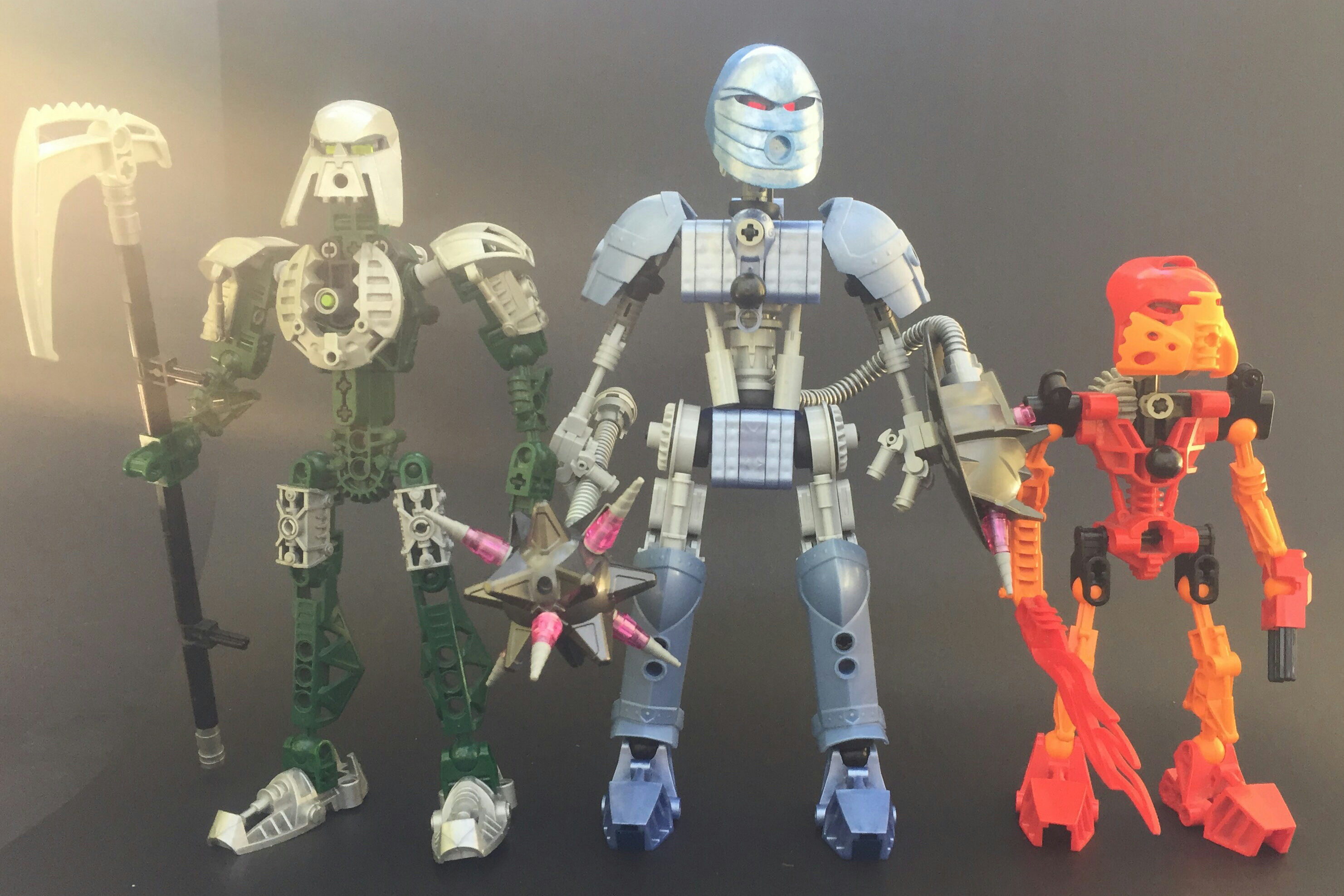 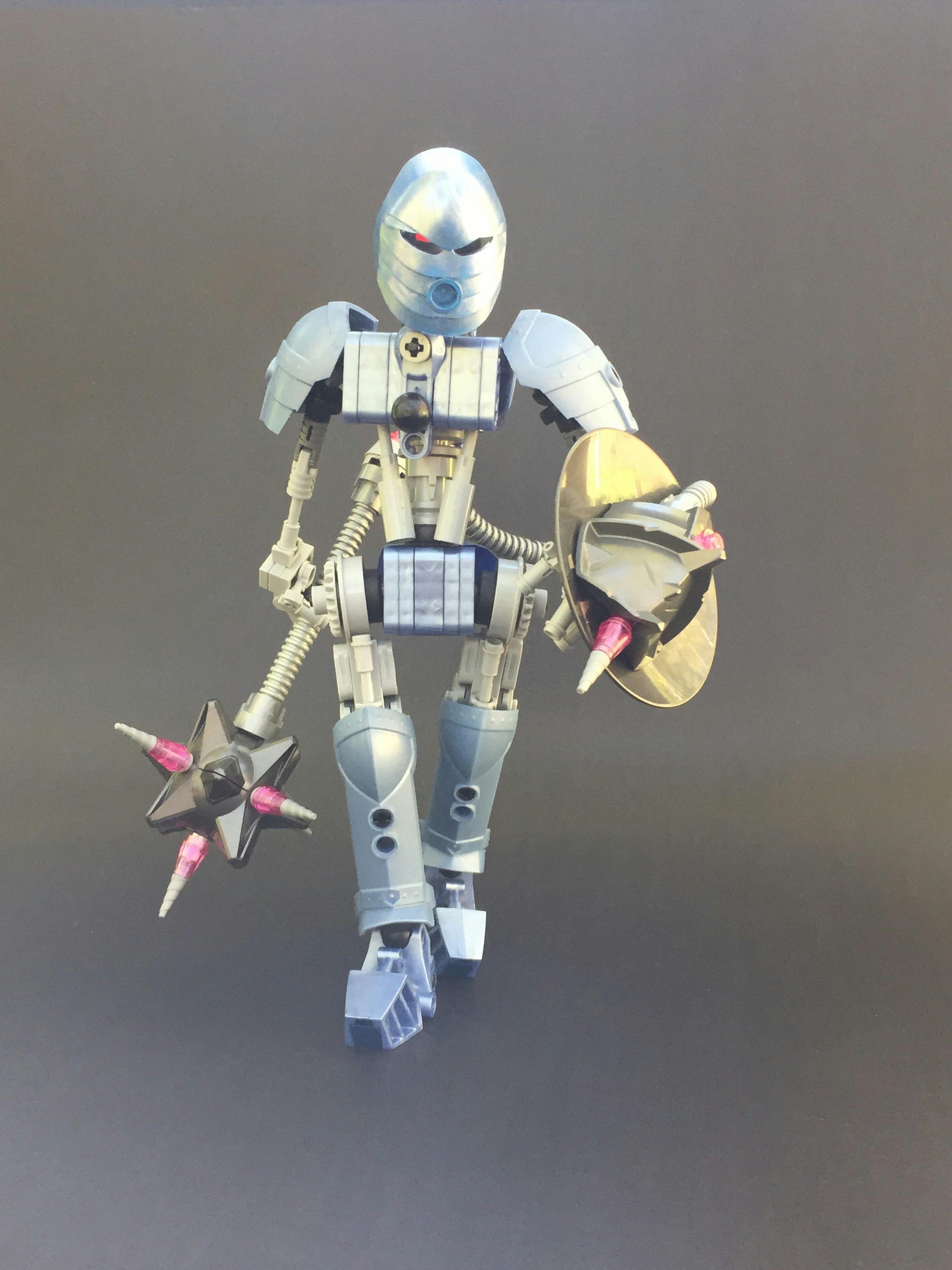 "She was not Makuta, but she was indescribably ancient and disturbingly frail in appearance. Her mask and armor were pitted and scarred from a thousand battles. She looked like a Toa, but her armor and mask design didn’t resemble anything Takanuva had ever seen before.”
— Narrator, Swamp of Secrets

We chose to take the descriptions pretty literally as we felt that reinterpreting the character isn’t really what this kind of contest is for. Our take on Helryx is predominantly metallic blue as to stand out from the rest of the established Toa of water. We used the Knights Kingdom armour as it’s something pretty alien to the franchise’s canon, and the aesthetic lends itself to something more ancient and has an immediate affiliation with use in battle. The noble Rau was chosen for the stand-in because it’s already got an air of wisdom and old age thanks to it’s association with Turaga Nokama, and shares a similar layered texture with the shoulder pads.
We wanted the mask to work for the finished build as we weren’t sure whether or not Helryx’s appearance would be canonized as-built and the Mask of Psychometry be designed separately (wearing a Mask of Psychometry, only shaped like another mask), or not.

“Iruini turned. Standing on the bow of the ship was a Toa of Water he did not recognize, carrying a spiked mace and a shield.”
— Narrator, Dwellers in Darkness chapter 2

Her mace and shield we decided to both make spiked, and share similar traits as to look like two halves of a set. They both ended up giving off a subtle ocean-vibe with the shield resembling some kind of sea-shell/oyster, and the mace; an urchin.

Greg, in response to “What “Toa Build” would Helryx have in set form?:”
“Probably something close to a Mata build”
— Source

We deliberately emulated the Toa Mata’s build and proportions (albeit, at a larger scale) as we also considered her to be something of a “Proto-Mata” since she predates even their creation - and we imagined her to be made in the image of the Great Spirit Robot, being the first protector of it’s denizens.

We aimed to maintain a balance between form and function, so the model is highly poseable (and surprisingly sturdy and well-balanced), while iterating over and over to make as few compromises as possible along the way. In the end, we wound up with a build we’re both quite proud of and we’re glad to have been a part of this contest.
It was also fairly important to us to ensure it fit in with the world of G1 Bionicle and that fans would be happy with it if it were to be adopted into canon, so we’re eager to hear anything you have to say about it.
Best of luck to all our fellow entrants!

Yo, this is actually pretty great. Considering I wasn’t able to enter myself, this is on the short list of ones I’ll think about voting for.

I actually want to use Metal Blue on an entry for a later contest, and your mask seems pretty spot-on. Would you mind telling me what brand and/or color of paint you used to get it that close?

Thanks! Shame you couldn’t enter.

To get the metal blue Rau I used a metallic blue Noteworks permanent marker (comes in a 5 pack with some other metallics).
It has a kind of two-toned effect when applied, there’s this darker more saturated blue that sits on top, so I dabbed the excess off as I covered a small section leaving just the metallic part behind until the whole thing was recoloured.

Brilliant. The pink highlights do seem a bit odd but otherwise great. Might get my vote