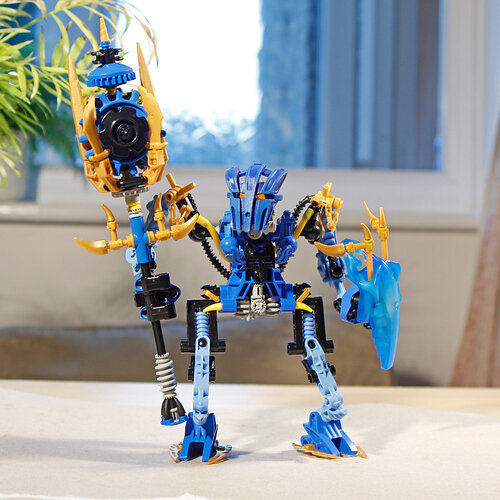 I based my entry on the idea that Helryx was a prototype for the Toa Mata, and therefore a little similar, as suggested by Greg Farshtey, while being weird enough to put Takanuva in mind of the Makuta. She’s an old girl with weird proportions, and wave motifs inspired by Hahli’s appearance in the Mask of Light movie. Helryx’s mask is of course the 3D model provided by KhingK 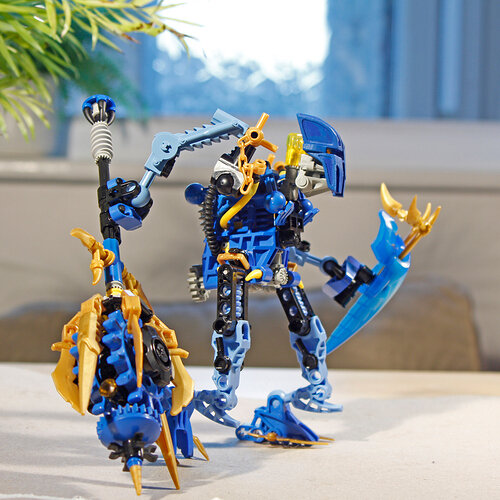 I used a mix of older and newer parts, notably the tube and half the torso from the Scuba throwbot, in homage to Bionicle’s roots. 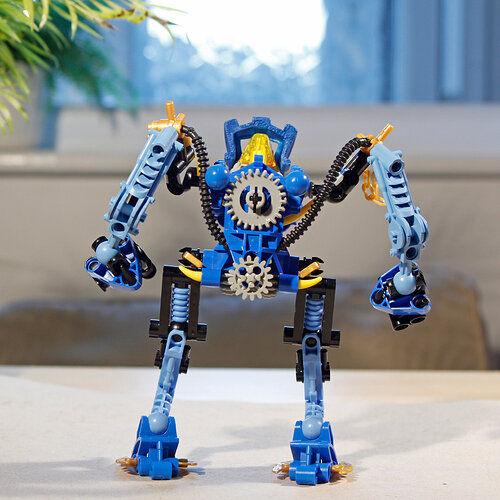 She features Pohatu’s leg function, so she can march into battle. Her mace’s spikes unfold into a more open trident shape, and the large blue gear elements can rotate for a brutal saw-like function. 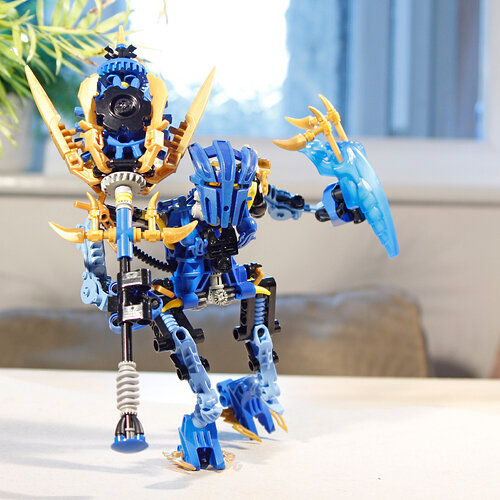 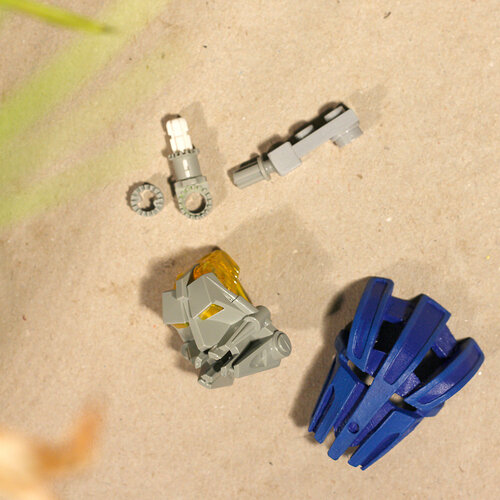 Her neck uses a mixel socket joint, for free articulation. It is held securely slotted into the torso with the very tip of a technic pin in the bottom of the stud. I used an archaic technique with the old toothed technic pieces to fix them to the ball. 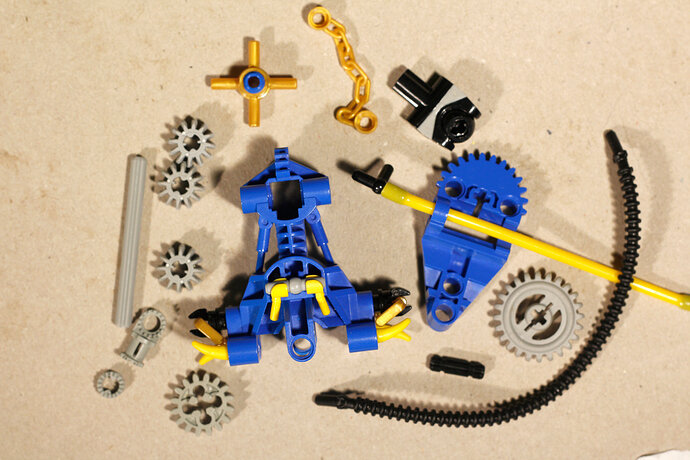 The throwbot torso half is held firmly by the long grey axle, with hoses tucked through and underneath. 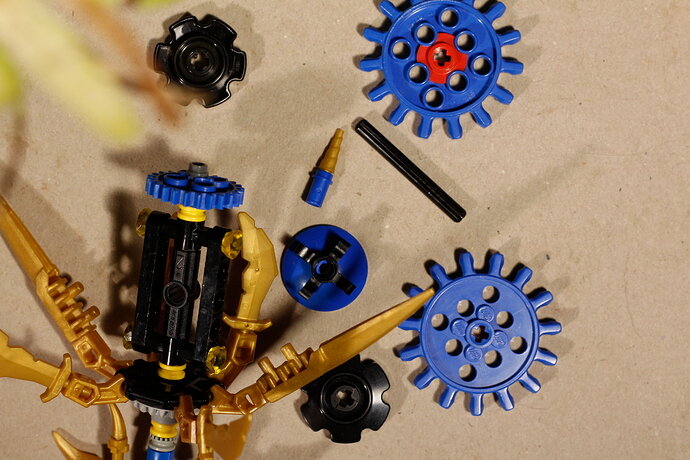 Hidden in her mace are four gems, which serve to brace the top securely. I use both very old and relatively recent gear elements and appropriately dented fantasy swords as the four blades typical of a mace.

One of the most unique interpretations I’ve seen, but it surely fits all the canon criteria.

There’s something very charming about this entry; it gives off a vibe similar to the Av-Matoran do

I’ll go on record as saying I don’t like this MOC but voted for it anway cause it’s so different from everything else.

(if you want to know why, it’s a combination of the thighs - could look better just attaching the avmatoran arms directly to the torso - and I don’t think pearl gold and mata blue go together that well.)

Dang, the gears are a unique choice!