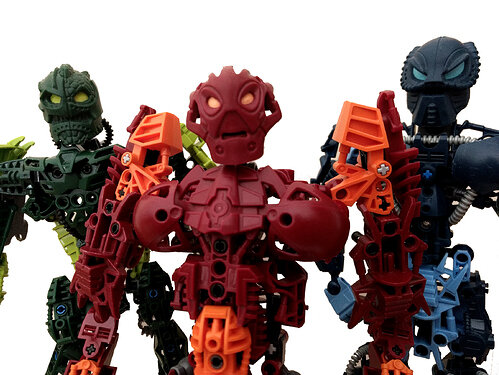 IMG_20200813_1706103202304×1728 2.96 MB
I have been quite inactive the last years or so, I did lose interest in Bionicle after G2’s cancellation. But at the same time, nostalgia hits hard, so here are three of the six Toa Inika revamped. I decided to give them a taller structure, their enormous heads, feet, and short torso always looked strange, well that’s the problem with the Inika build.

Anyway, to start off, here is Jaller. Now Jaller is the smaller of all three, his mask being a bit smaller than that of Kongu and Hahli. Jaller has large shoulders to suggest his robustness. He was the Captain of the Guard after all. However, I didn’t want him to look too large, since his mask did grant him impressive agility abilities. I used metru red and orange as his color scheme, and preferred not to use transpieces. 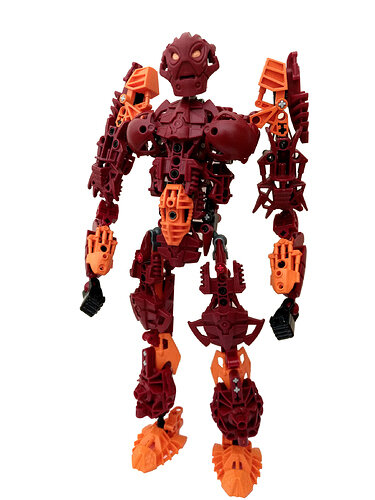 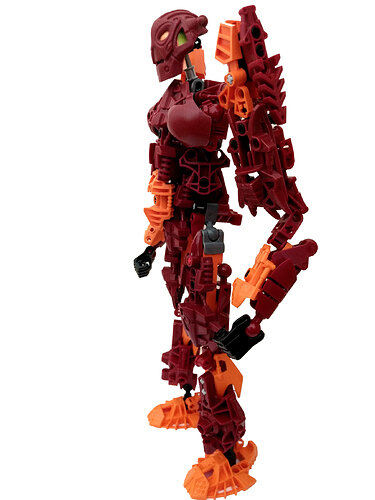 Now Kongu here looks very robust yet not strong. His torso is wide and robust, but his legs and arms are rather thin. I wanted him to look like a strange bipedal beast, with his mask showing off teeth. That is why I opted for an unusual structure. He is taller than Jaller. He got a metru green and lime green color scheme to represent his element better than his 2006 counterpart. 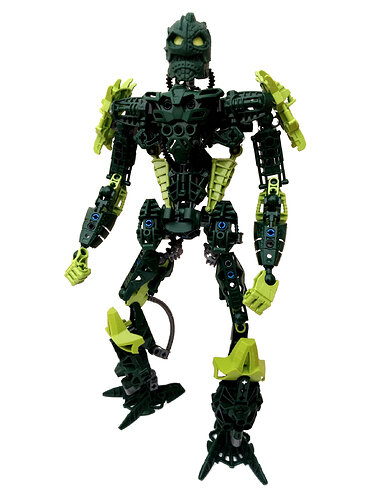 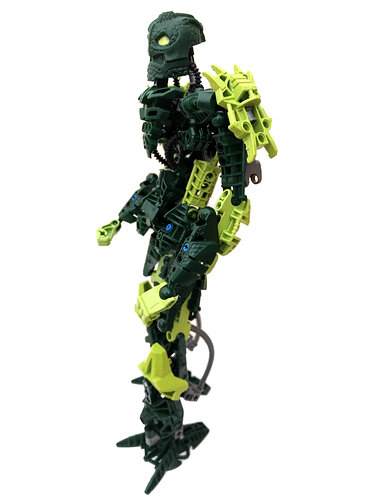 Hahli is the tallest of them all, she is also the first one I built. She has shorter arms than Jaller and Kongu, and has a slimmer body. I wanted to emphasize on her feminine part, since her mask gives her what looks like a moustache. I used metru blue and light blue. I didn’t want to use white pieces in case I build Matoro. 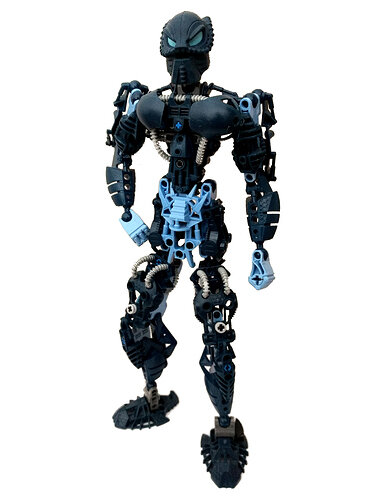 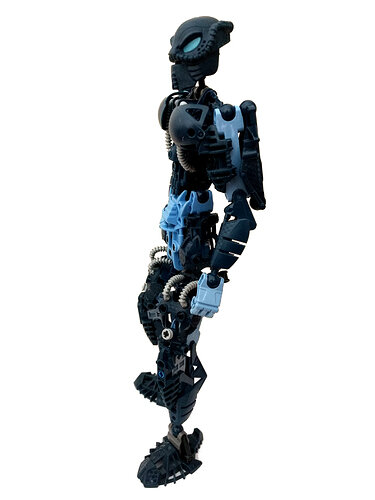 So here you have the three Toa Inika. I don’t know if I’m going to finish the rest of the Toa Inika. Hewkii got a metal grey color as a mask, which I don’t have really as pieces outside of his set. I don’t know if I have enough white pieces for Matoro. The only one I could do without problems is Nuparu. If you have any suggestion, let me know.

Best one here is Hahli, her design is really consistent overall in shaping. The other two seem a little too scrawny about their arms and legs in comparison to their bulky bodies. Good job making each one unique, that fixes one flaw that many had with these “clone” sets.

I want to use the least amount of CCBS and Bricks, so I’m kinda limited here. I also don’t have enough parts with their respective color. But thanks for your answer, if I do the three other Inika, I will try to improve leg and arm design.

There are some ideas here. I personally think that you should have kept with he told on Jaller and have the shaping and textures a bit more flushed out. But it’s good to see your creativity and trying to do something with the inika builds. I personally like the inika builds and they can be good they just take time.

I always thought Bionicle go to large near the end. Especially when the original Toa Mata look tiny beside others. Sometimes less is better.