Seekers of the Mask: Hahli

Toa of water and lightning chosen by the Red Star. Hahli provides ranged support to her team with her Zamor bow and mask of detection, and she uses her laser harpoon to rule Voya Nui’s waters. 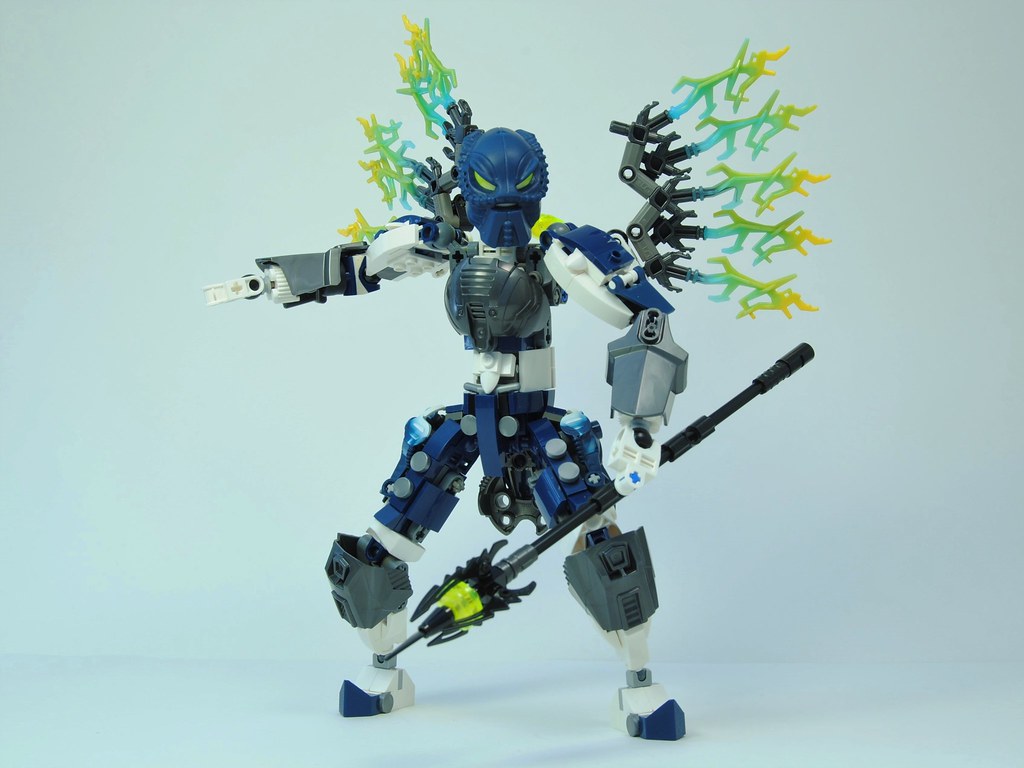 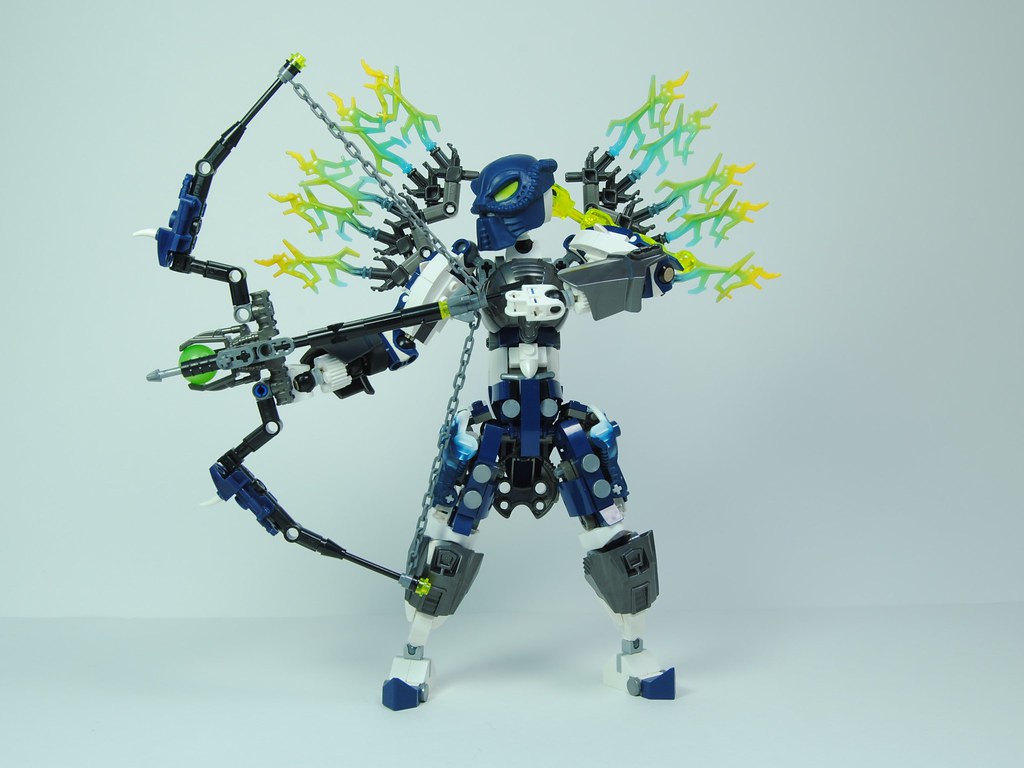 When making this revamp, I wanted to stay close to the original colors but also include elements of the Mahri variant. I like the idea of Hahli having this barely controllable storm of electricity inside her which she discharges as a pair of wings. 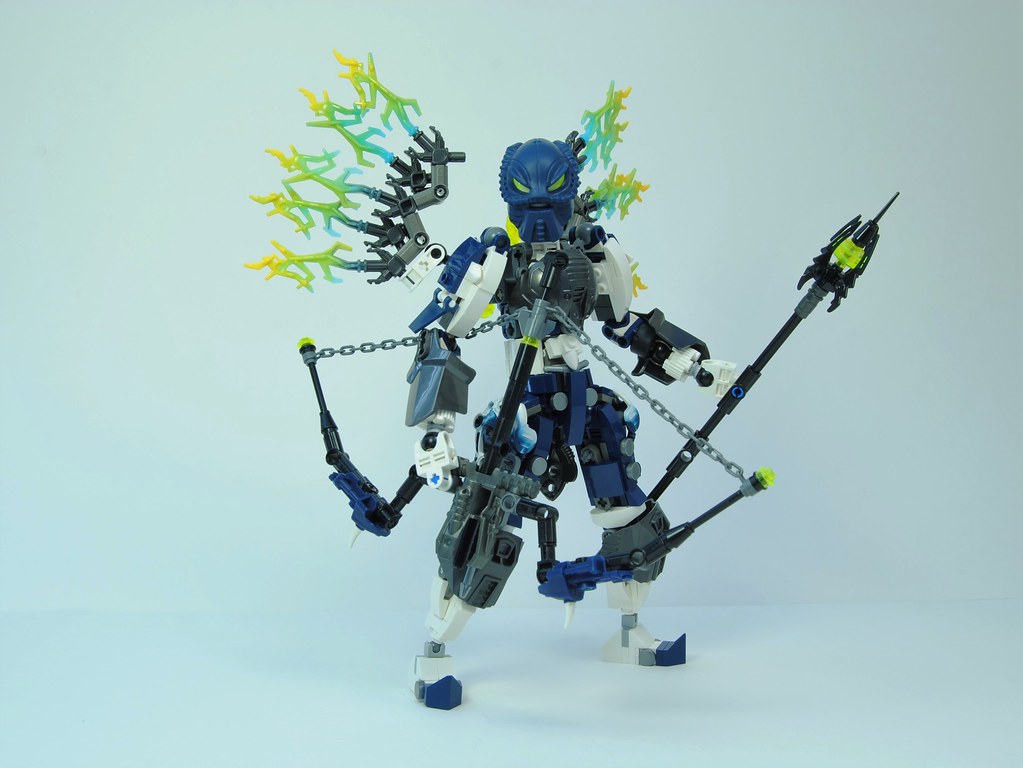 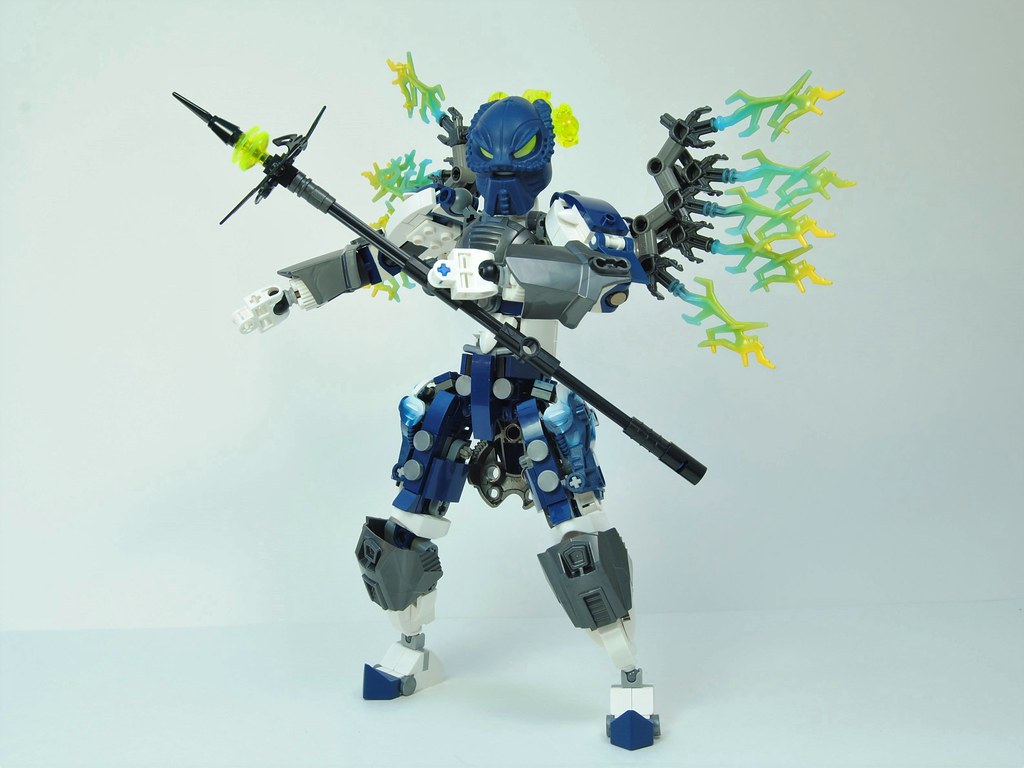 As far as weapons go, I never was a big fan of the original Laser harpoon gun, so I gave her a harpoon spear and a bow that can either hold the spear or launch Zamor spheres (that part actually works). 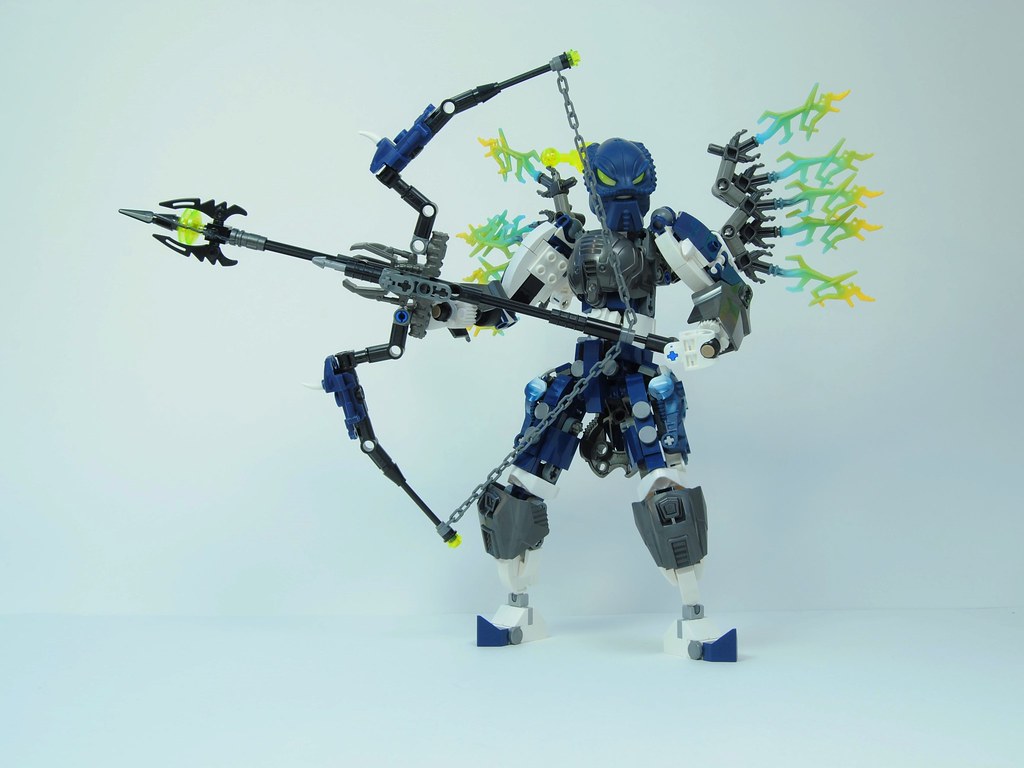 The figure poses pretty well with the spear, but the bow is definitely a challenge. I gave her a little energy ponytail thing and tried to fill in the back of the head, too. 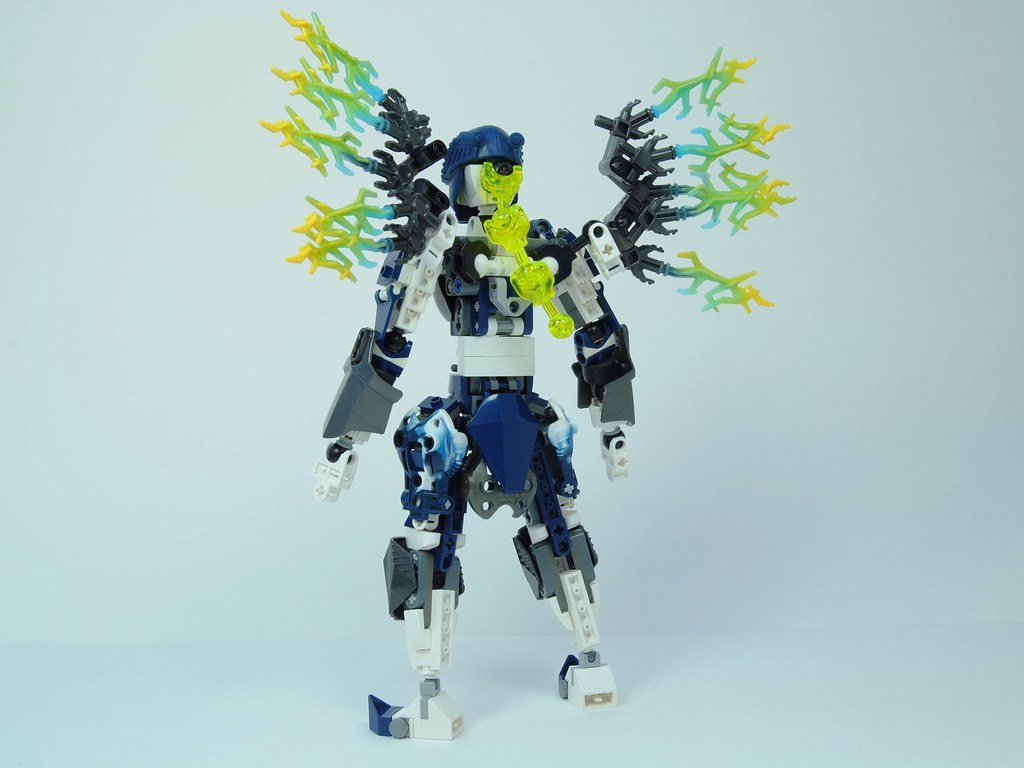 I’m probably going to deviate from this build style for future builds, because this one has several problems related to the system elements. It gets the job done, but I know I can do better. I’m happy to have finished her though. It was a fun collab project.

That’s all for today! Thanks guys!

I like how you used those CCBS lightning pieces!

I second that. Ccbs for the win!

Love this! Embracing the lightning side and using those parts to mirror the Mahri version is a wonderful touch - get her away from the clone set she was in 2006. I love the 1x1 round plates on the waist and legs as well. Do you plan to tackle the other Toa Inika?

Actually, five others already have! This was part of a collab project, and each of us built an inika in our own build style. I have links to each other one here: https://flic.kr/p/2j5tyi9

The Kongu build was posted here about the same time I posted mine. The others are I think only on Instagram unfortunately.

I had some ideas for the other inika, so I may do them one day, too! It’s probably going to be a while though.