So this one a a bit late, but I figured I’d show off the previous version of Kyrak that had improved upon the V7 build greatly, but was still lacking in some areas: Kyrak V8.5 (the 0.5 addon was just a small amount of armor bits added on after the main build itself) 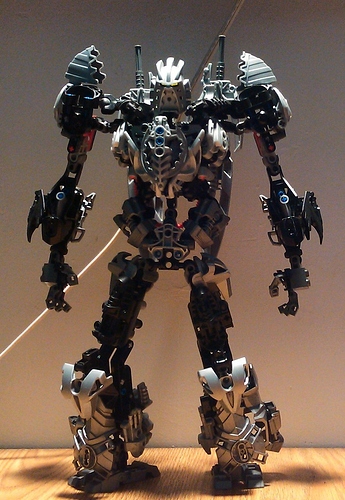 The highlight changes of V8.5 was mostly making the limbs match the scale of the torso, ultimately resulting in him beceoming less lean and more armored and combat-ready. 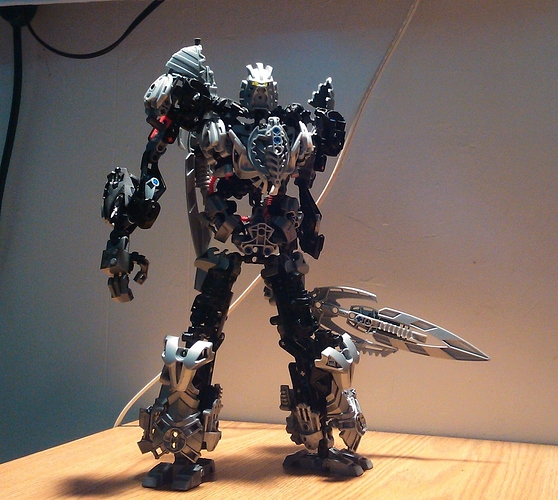 At the cost of some of the poses he could pull off on V7, he got a failry well balanced build that could hold his weight under most circumstances… however it eventually got to the point where a single friction joint in the ankle could not hold him up alone, resulting in him falling over more times than I wanted. 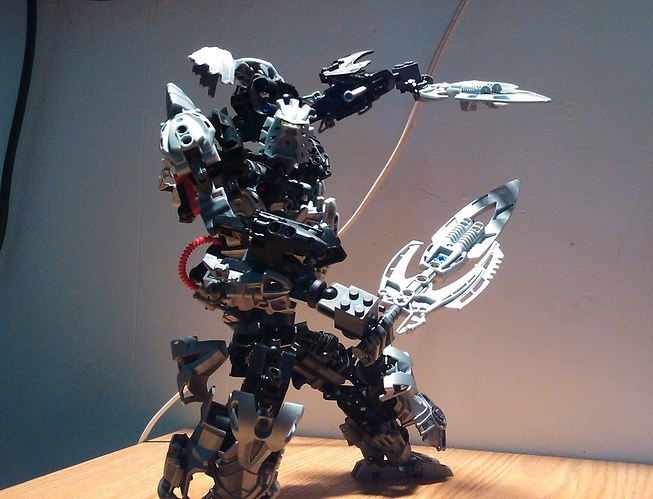 One of the better highlights brought about by the build was the added support to the arms that allowed for better poses while holding the swords out at full length. They even could be posed in a sheathing postion. 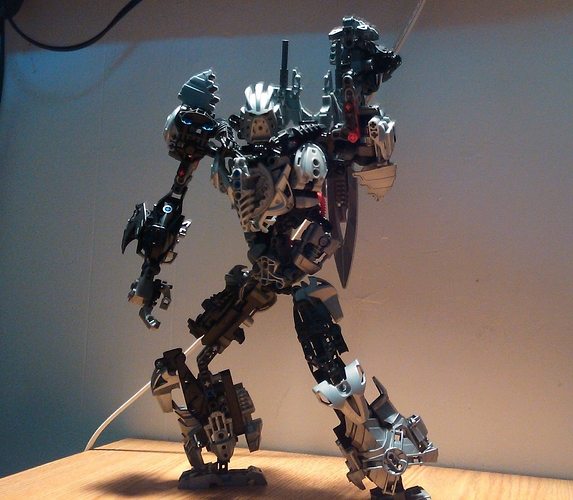 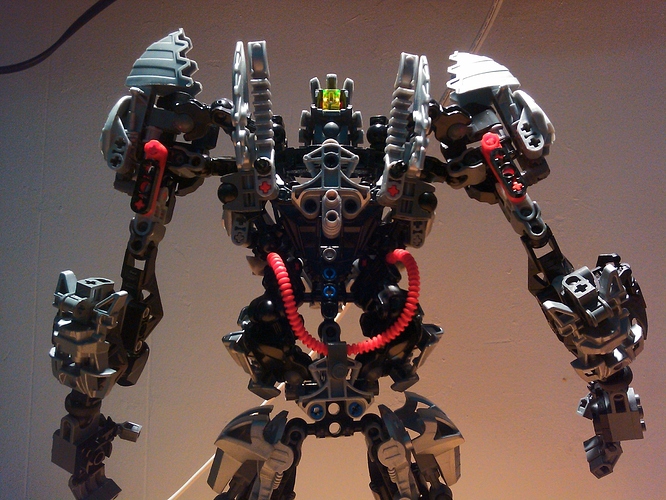 A feature that carried over from V7 was the Crystal Heart, which sat nicely in the hollow chest cavity that resulted from previous builds. The design around the chest, however, made accessing this section a bit more difficult. 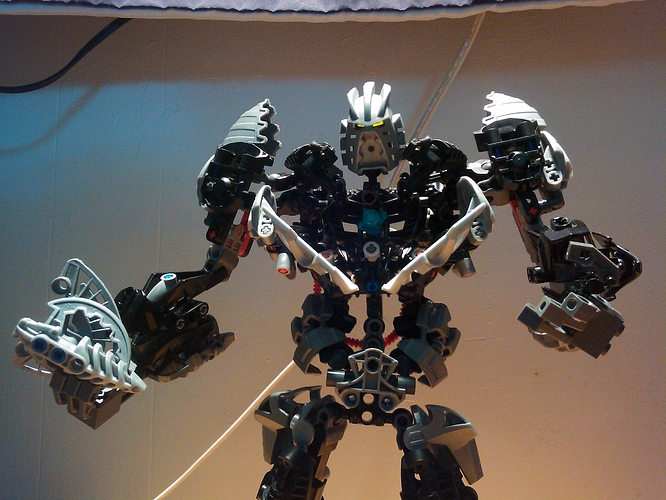 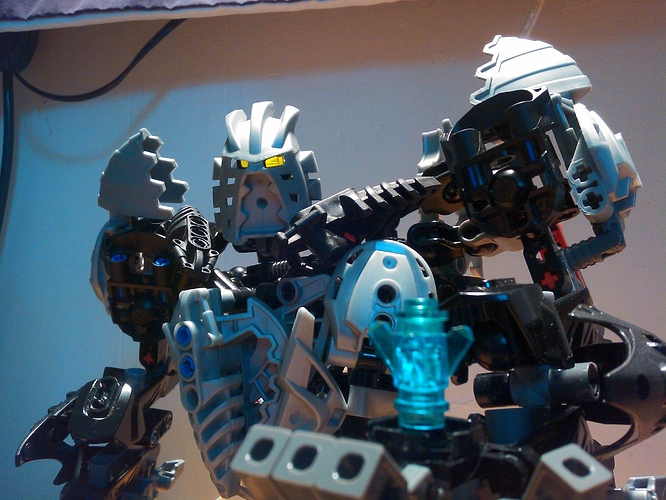 One final feature that this Kyrak had that was carried over from previous froms is his “Gold Armor” state. With the inclusion of more Bionicle 2015 armor parts, this allowed for the gold to stand out a bit more (but it would be nice if Lego made more golden parts to make this from feel a lot more complete. >-> ) 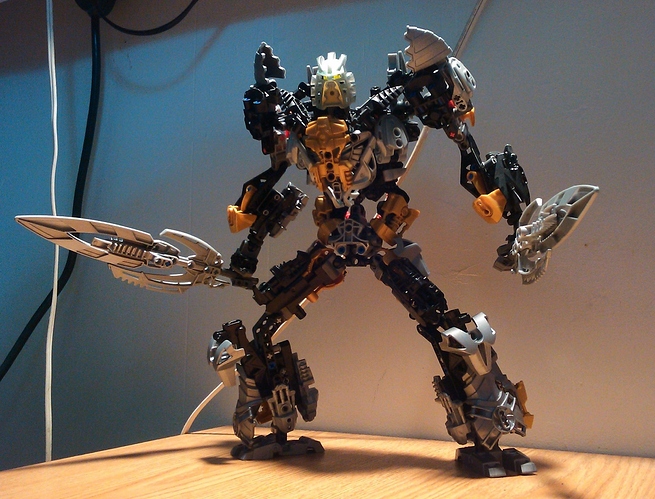 Hopefully I’ll be able to give a better update on him in the near future, but for now I’m just catching up.

Looks more like somebody in a suit when comparing the head to the body.

Hmm… Reminds me of a scene from Treasure Planet.

The arms seem a bit thin compared to the rest of his body. His gut is also pretty gappy. Overall, it;s a good MOC though. 7/10.

He is big and imposing, but he is also gappy, lanky. and has odd proportions.

Wow. I like the gappyness, reminds me of a Mech.

This reminds me of titan JMP, except the torso is big

Well this is really good for how big it is!

I love the Optimus Prime thing this guy has going on, and that opening chest is sooooo cool. Very well done, I quite like this. Good job!

A feature that carried over from V7 was the Crystal Heart

I got to admit this is great!
But the red tube feels out of place.