So, I wasn’t planning on moving away from Korrothis just yet, but Lizena here was just featured by @Windfall over on MOCpages as an example of my usual building style! Cheers man.

So here’s a toa from an island that hasn’t been mentioned too much so far - Poliaz, Korrothis’ Northern neighbour.

Lizena was once an inhabitant of the Tren Krom Peninsula, until her coastal home collapsed into the sea during a battle between the first Onu-Nui, Serpes, and an Ancient Sea Behemoth. The land was raised into cliffs and mountains of white stone around the creature’s bones, and Lizena, among other refugees, made her home here.

Lizena gained her powers while exploring the lair of a Kanohi Dragon. She stumbled across a strange artefact that triggered all six of her party to transform into toa, but the dragon awoke and chased them. Clumsy and unused to their new bodies, only Lizena managed to escape - she had fallen down a side-passage in the dragon’s cave.

On returning home to Poliaz, Lizena was greeted with surprise and praise, and was quickly pressed into becoming the island’s toa guardian. The artificers of the island made her an ornate suit of armour, a Sanok in the shape of the legendary Avohkii and even a powerful gauntlet weapon made by Poliaz’s best mechanic.

Unfortunately, despite all the cool equipment, Lizena didn’t know the first thing about using her powers or even her kanohi mask, and travelled to Korrothis to seek training. On Korrothis she met a toa of Lithium (this will be explained in another topic probably) named Tolovan who she got on very well with. Training with him, Lizena found her Lightning powers drifted a little more on the metallic side as well, and focused on imbuing her physical attacks with her element, and channeling it through rock and crystal.

At the end of her training, Tolovan traveled back to Poliaz with her and became the island’s second guardian. The help was needed, as Poliaz was quickly becoming a city, and more and more of their efforts were spent clamping down on issues between the matoran of the island, Old foes would come to haunt them as well, as both the Kanohi Dragon and various agents employed by Makuta Gorast (who Tolovan used to work for) also threatened their home.

One fateful day, one of Gorast’s tricks worked and she was able to take control of Tolovan’s mind and turn him against Lizena. Heartbroken, but unable to leave Poliaz undefended, Lizena was forced to stay at home and fight off incursions from both Gorast and Tolovan for three years, until the Kanohi Dragon returned. A group of matoran helped Lizena battle the dragon, but she ultimately fell to the beast, leaving the new Toa Vanembar as the island’s new guardians.

Lizena is an old character, who was finally built as a MOC in the summer of 2013. She was actually meant to be one of a trio of Lightning Toa built at the same time, but Tynne ended up taking aaaaaaaages! Lizena uses my old style of female torso which uses these as shoulders instead of these.

Poliaz takes a lot of inspiration from places like Sicily and Greece - a very baroque, mediterranean vibe to the whole place. White cliffs, lots of seafood and a heavy focus on the arts and culture very different to Metru Nui. Being a toa of this place, Lizena is decorated in her island home’s baroque style, so I made the armour as overdesigned and busy as I cound bear to (like these!)

Her mask is shaped like the Avohkii simply to look fancy, and her weapon is based off the gauntlets from Sanctum and the Needler guns from the Halo franchise.

Lizena also got drawn by That-1-Unique-Skakdi back when he was still on DeviantArt. Unfortunately he left a while ago and made a Tumblr account under a different name which I can’t seem to find. I’m not a Tumblr user so haven’t been able to follow him… if anyone knows him and has a link to his site, please share it!

A very nicely detailed MOC, which looks feminine yet also has a good amount of armor. I’d say it looks like how a Toa SHOULD be like.

The only gripe I have is the avohkii. I feel the mask is a but over-used, but that’s really a personal thing. Nice work!

The moc? Kind of over greebled but when looking closer at it, it flows well.

Yay! That’s him, thanks!

Definately get a fancy, noble feel with the Avohkii which suits the fact that she’s a guard. Love that leg design too.

I don’t really have much to say,
I’m not a fan of obsessive greebling so I don’t like it.

but it seems to be built well,
from what I can see anyway.

…Not gonna lie, I do like bayformers. All that complexity and moving parts is just yes.
Shame about the Shias though.

I love how you used the blue pins to your advantage; it adds to the colour scheme

Hey! You saw my thing! Cool! It’s nice to see Lizena over here. Creative armoring, professional use of greebles, and an awesome backstory to boot. Also, using the Avohkii on a female well is pretty impressive.

This is very cool!

I got to admit this looks great!
Interesting build. 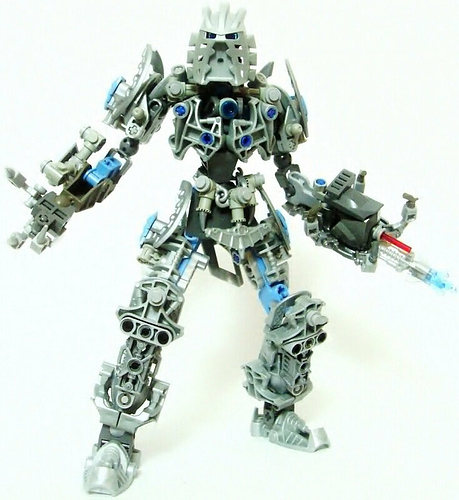 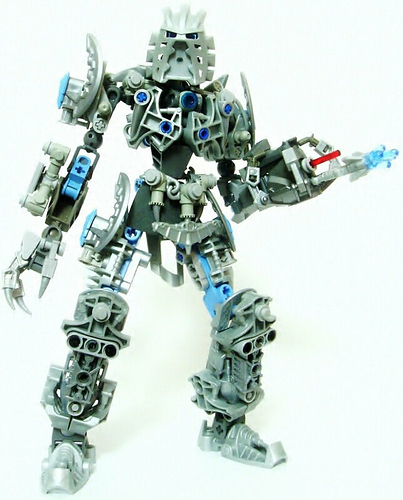 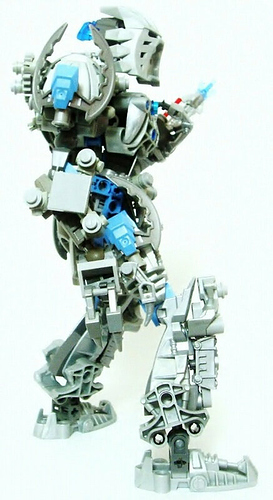 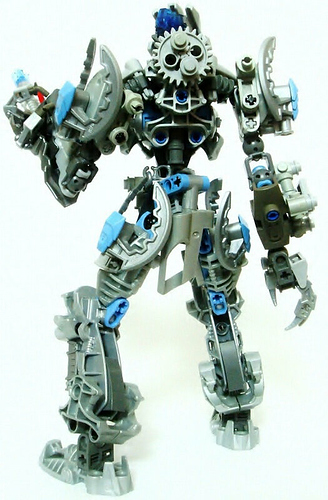 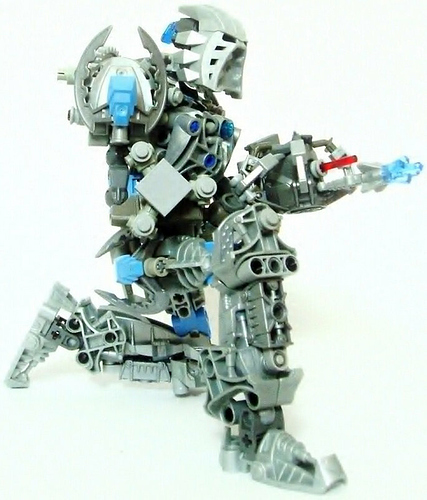 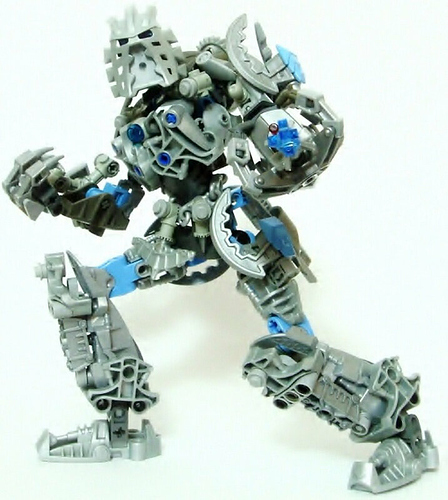