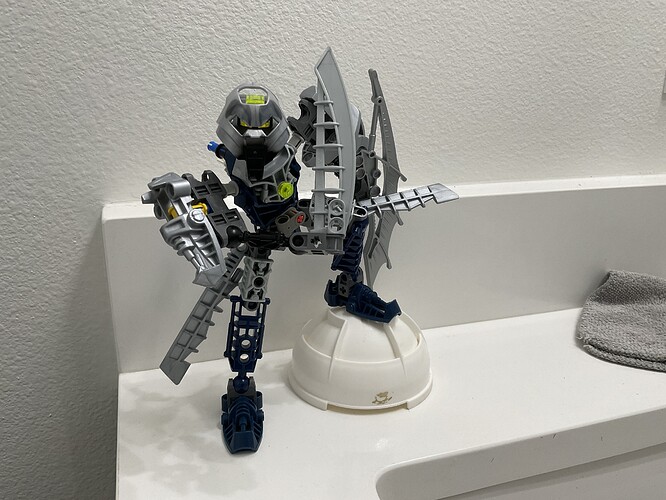 image4032×3024 2.35 MB
A canoe captain by trade, Macku became a Captain in the Metru-nui navy during the darkhunter war. As the war drug on Tuyet sought out a potential heir from among her cadre of ga-matoran in the event of her death.

Nokama seemed a good choice, though her efforts were better spent teaching the next generation as she had been keen to do.
Vhisola was passionate, but held an underlying desire to push limits that Tuyet saw within herself. Vhisola hunted relics as Tuyet had, a career that brought the Toa her Nui stone. She wanted an heir, not a potential usurper.
Then there was Macku. Cheerful, loyal, and always bringing morale to whichever boat crew she captained, Tuyet saw her guiding light as one the future Toa Avokai would need. After a great naval victory in the darkhunter war thanks to Macku’s leadership, Tuyet had Macku upgraded at the Toa Suva in a grand ceremony alongside Kongu. 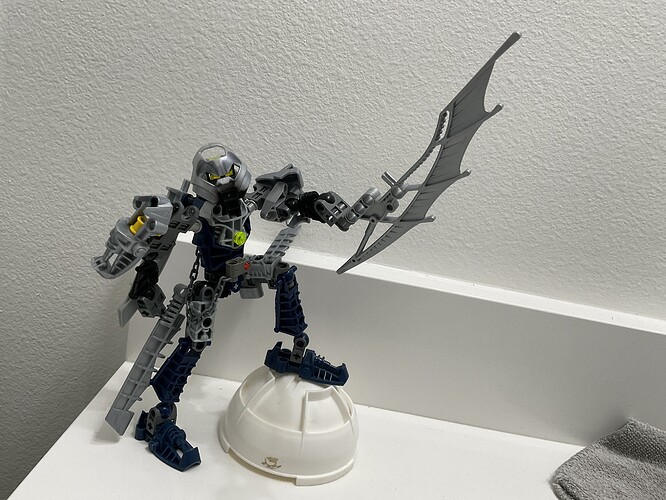 image4032×3024 2.62 MB
Armed with a variety of swords for whatever sort of duel or fight she found herself in at sea, Macku’s skill gained from dancing as a hobby aided her in being an elegant duelist. 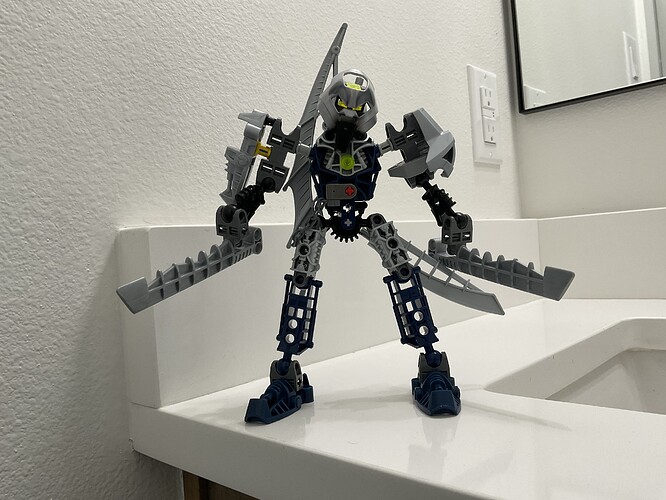 image4032×3024 2.21 MB
Over the course of the war, Macku would duel many darkhunters in defense of her home. She didn’t always escape unscathed though, and has long since lost her original shoulder plates. She decided that any new shoulder plates would be made from the pieces of defeated enemy ships, a testament to her adventures with her new still forming team during the war. 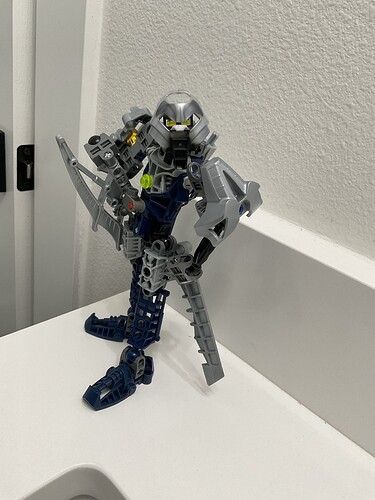 Macku looks up to Tuyet and Nokama, having learned and gained much from the both of them. The two encouraged her as she became a notable Toa of Metru Nui, truly a fitting successor to the Mangai she looked up to.

…and even with the confidence that came with being a Toa, Macku still couldn’t help but fluster at a compliment from Hewkii. Indeed some teasing was had on both sides.

Just two more members left, then I have a full team. I’m running tight on a few colors so I’m gonna have to get creative for the next ones. Hope you enjoy.

Ah yes another of your Toa mocs. Lookin’ quite good, I really like the lore behind the mismatched armor and different swords. Nice job!

Really enjoying this series, how many more are you thinking of making?

At least two more, I’ve still got stone and earth. Then maybe something of the whole team once they’re all built.