This is my version of the Toa Mangai of stone. 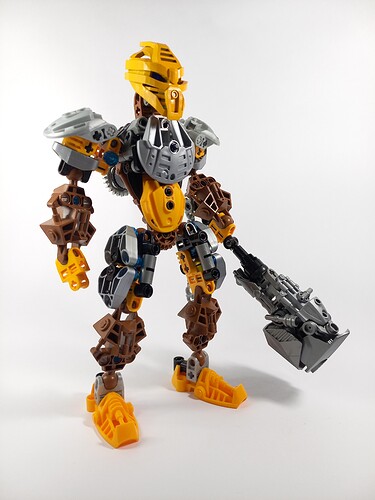 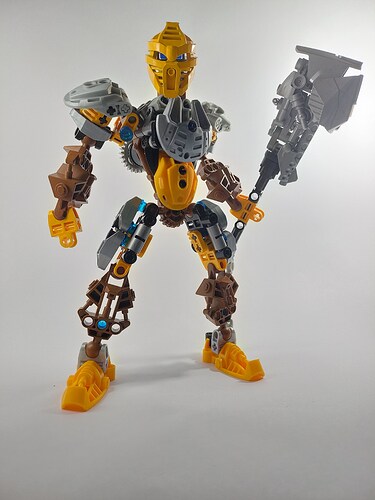 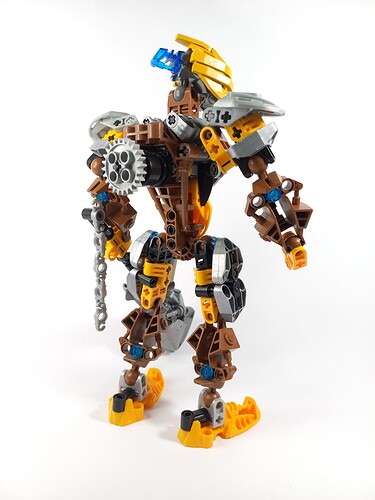 Well, before I had made this Toa focusing on the weapon, so I created the Impact Hammer. 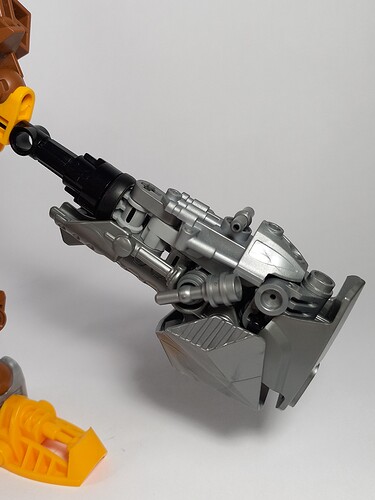 Now I focused on the character as a whole. In short, he is one of the strongest Toa of his generation and when he activates the power of his mask, along with the power of the amplified hammer, it makes him practically unstoppable. 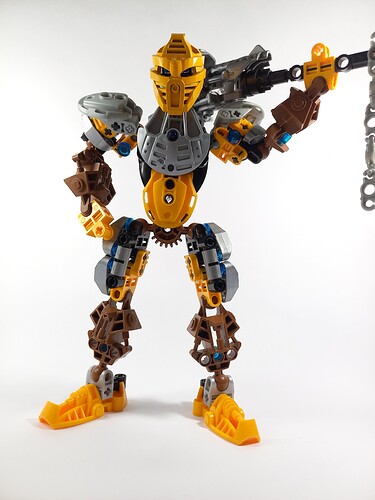 I chose the pakari mask for him to close the double pakari kakama, with the toa of the earth, similar to onua and pohatu. Not to mention that the design of the mask (the stripes in this case) matches better with the pieces I used for the armor in the set. 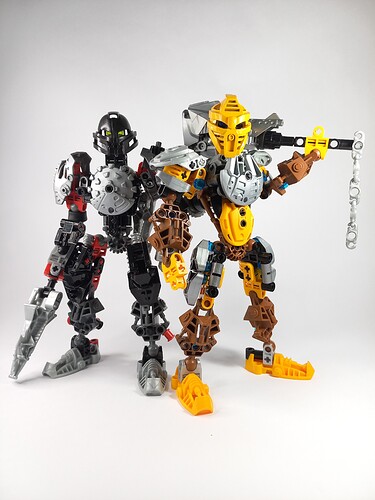 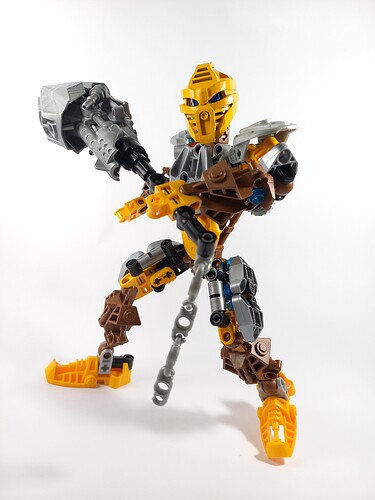 I developed a small lore for him. Basically he helped his people with construction, whether it was carrying heavy machinery or large stones or clearing areas for the matoran to build on (often using the hammer to pulverize obstacles). It is said that his strength was such that at full power he could destroy a small mountain. That’s why I renamed him Motara. 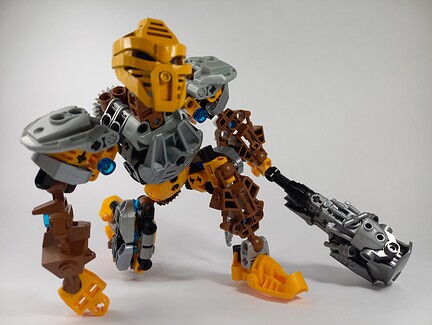 The Motara Desert is located in mata nui, next to the village. And why did the Onewa named the desert after the toa? Because it would remind him the view that Onewa had when Motara cleared the field for the matoran to build on. With his power, he destroyed rocks and small mountains, creating scenarios that resembled small deserts. 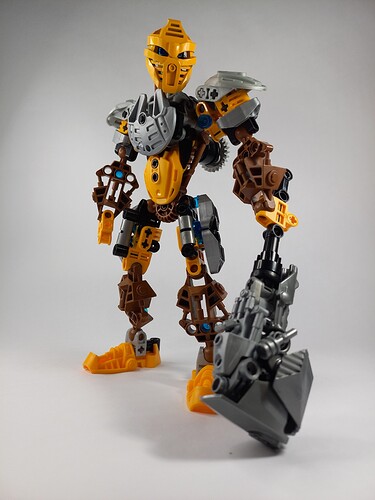 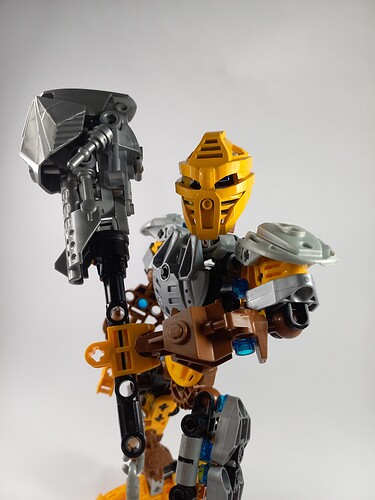 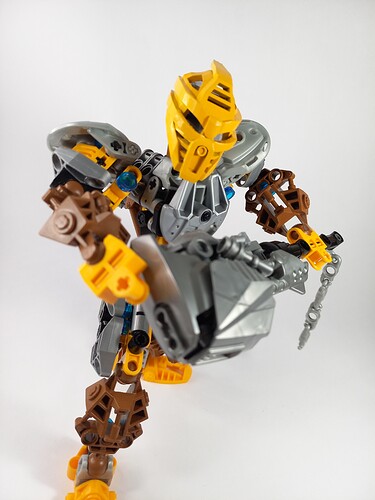 Ah, and how could such a powerful Toa be defeated by dark hunters? He’s strong, but he’s not invincible, he couldn’t handle surprise long-distance attacks very well. My naho, with her precision bow, could take him down with a single shot if Motara didn’t notice in time to defend himself. 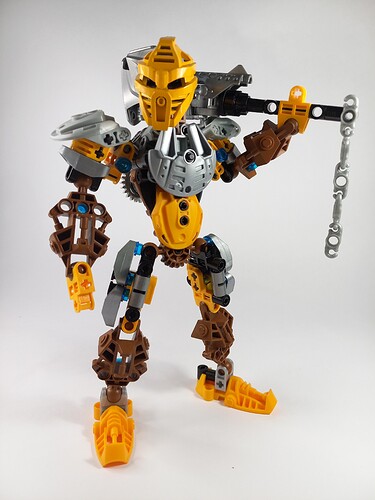 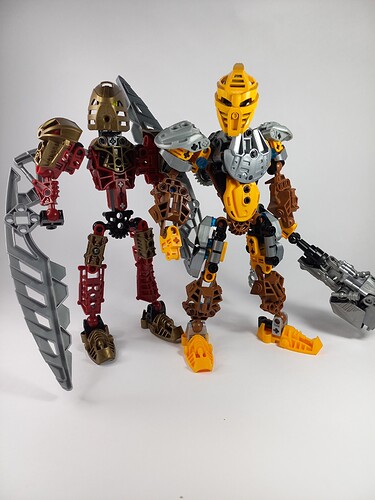 That weapon design is fantastic!

I enjoy the color scheme and description, too. He truly feels like a legendary toa from a bygone era…

I love the colours, they’re very vibrant. Plus that weapon is also really cool. You could say this moc rocks.

Pretty cool. I like that you gave him a Pakari, works with Marn wearing a Kakama. The Keetorange+Brown mix is nice too.