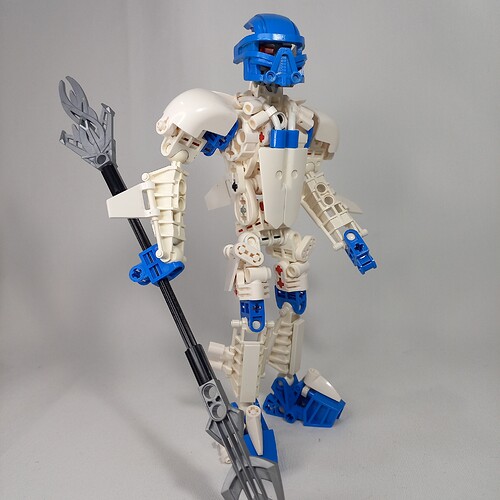 The Kanohi Kaukau is the Mask of Water Breathing. 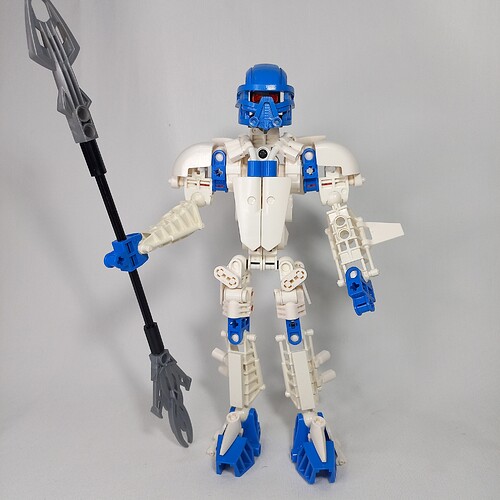 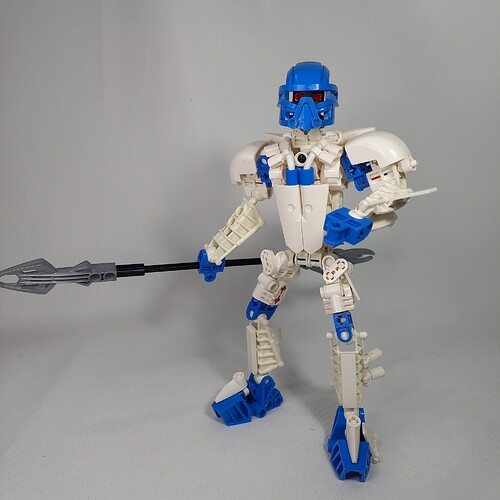 Usually, only the toa of the water can swim well naturally. As this ice toa has a mask that would give him an advantage in an aquatic environment, I made him an adapted armor so that he could swim well too. That’s why he has “fins” along his body and what would be small turbines to propel him while swimming. 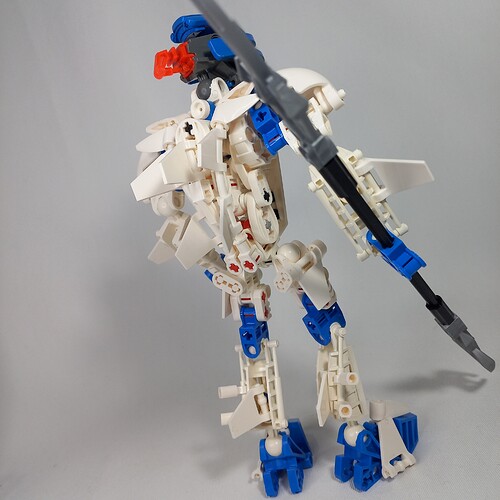 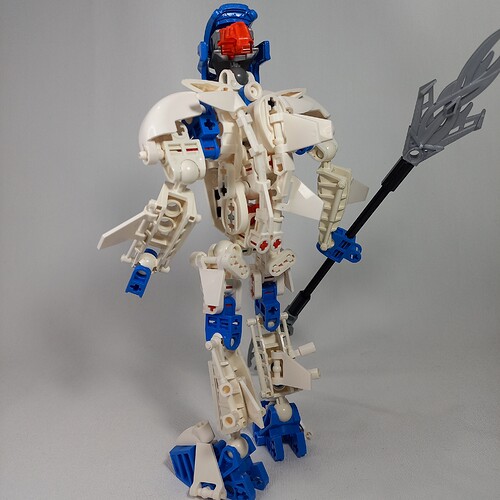 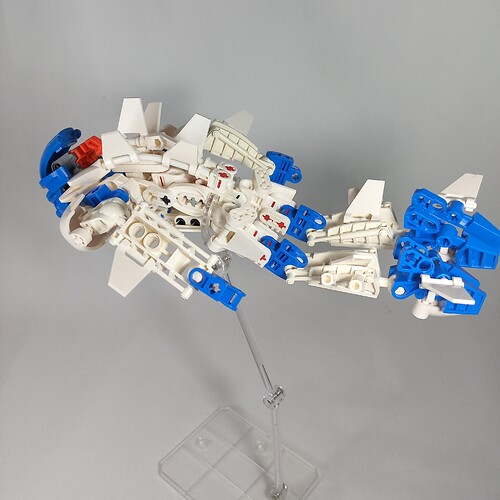 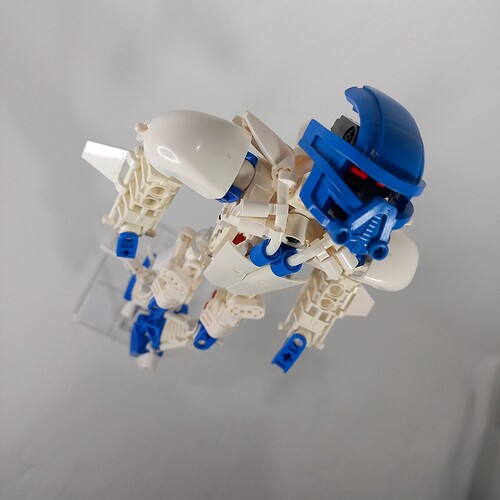 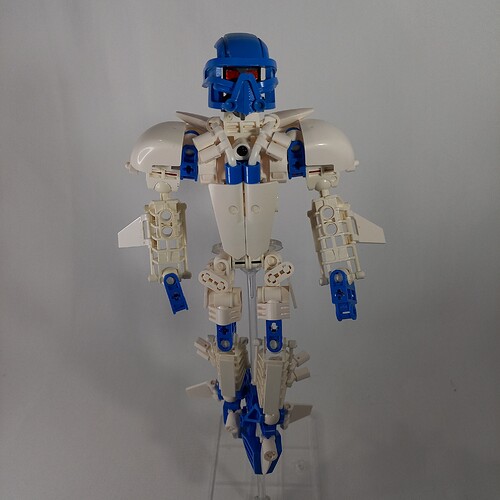 His weapon is the elemental double spear, one end freezes, and the other end heats up, serving to break the thick ice on the surface of frozen lakes. 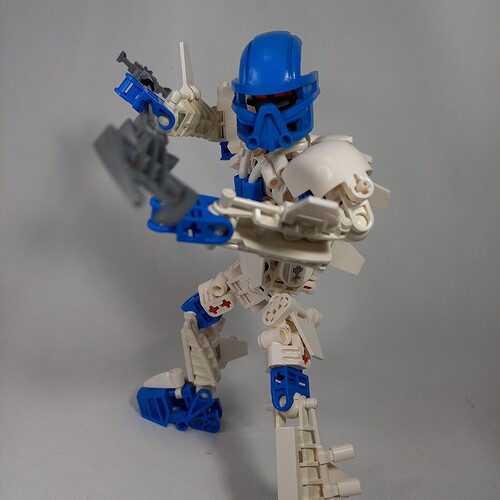 I named him Kohga. I just joined the prefixes “ko” and “ga”, meaning ice and water from the Matoran language. Most likely I’ll change this name later on, but for now, I’m satisfied with it.

Kohga is quite playful and eccentric. Of the 4 ice mangai toas, he is by far the most talkative. when not on mission, he liked to test drive vehicles with matau in Le-metru or stargaze with nuju. During the fight against the kanohi dragon, he had freezed the elemental attacks of tuyet and naho to increase the damage of water type attacks on the dragon. 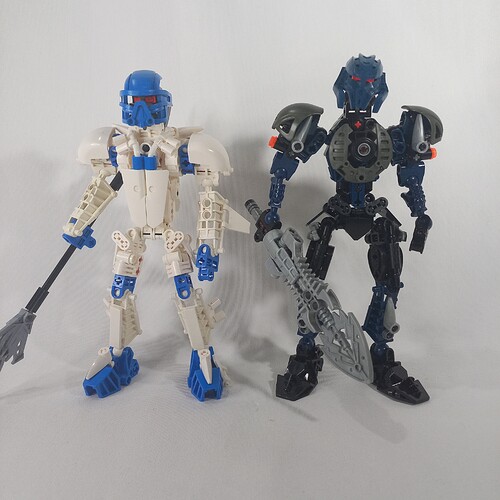 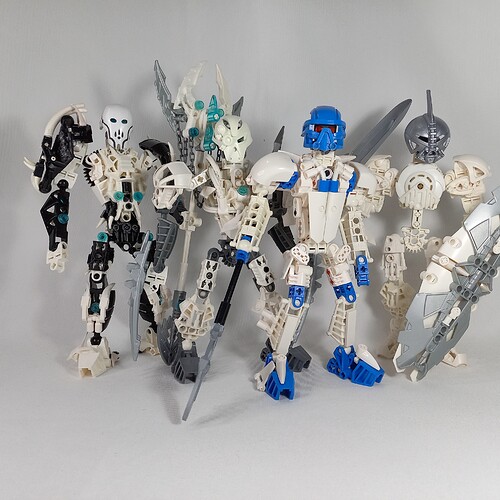 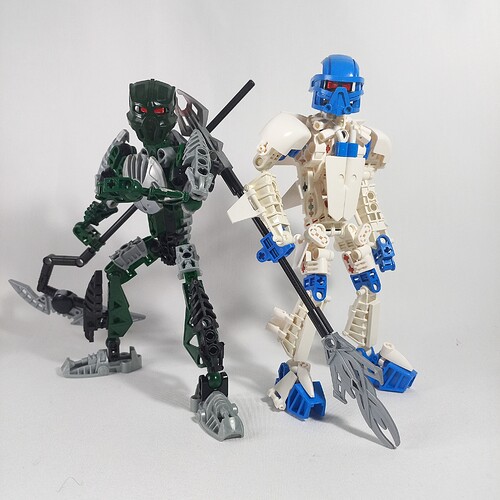 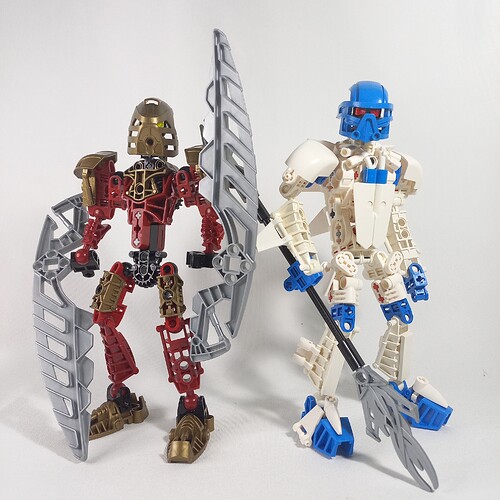 Ooh looks pretty cool! I like the fins and the general armor aesthetic is good too. Lore is neat. Very nice moc

I named him Kohga. I just joined the prefixes “ko” and “ga”, meaning ice and water from the Matoran language.

Literally named the dude Ice Water. I love it

The moc is superb too

That’s why she has “fins” along her body and what would be small turbines to propel her while swimming.

Really NICE Design!
I love the Torso and foot!

I didn’t know those pistons on the sides of Metru legs were clip-compatible. Gonna have to use that now.