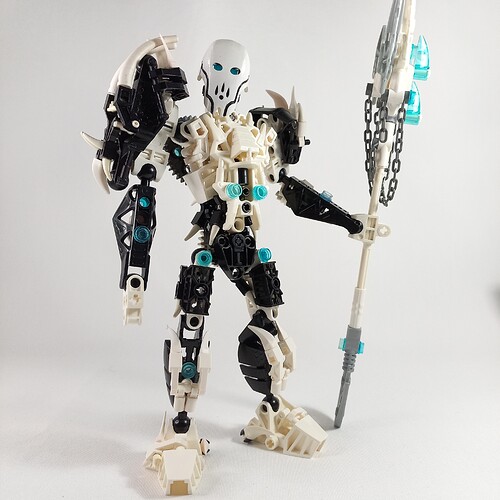 He is one of the 4 ice mangai Toa. Officially, only the mask of this toa is known, nothing else is known.

As a basis for the design, I looked up the definition of “conjuration” and the powers of the mask. Among the definitions we have:

Adding the settings and appearance of the mask that appears in the comics, and the one modeled by khingk, I tried to give a ghostly and bone-filled appearance along the armor. And taking the “magical” side of the definitions, I chose that his weapon was an ice staff. 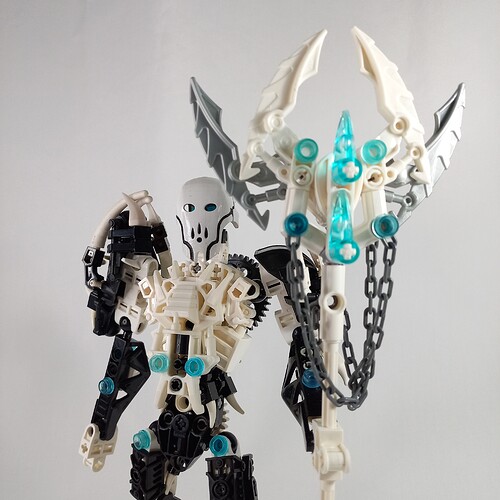 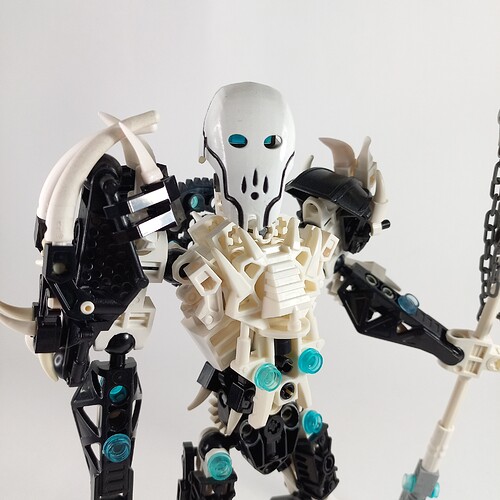 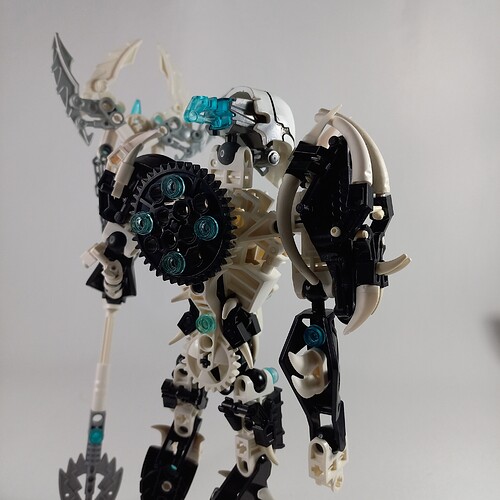 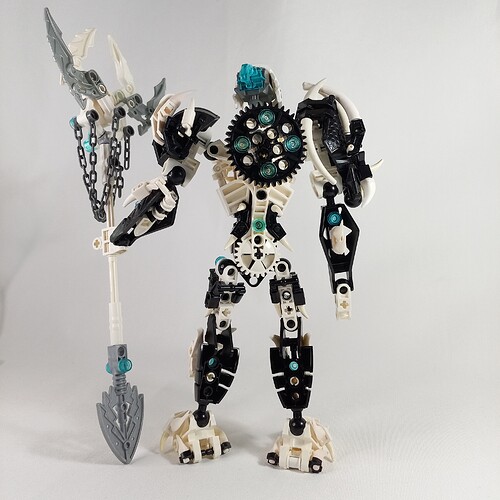 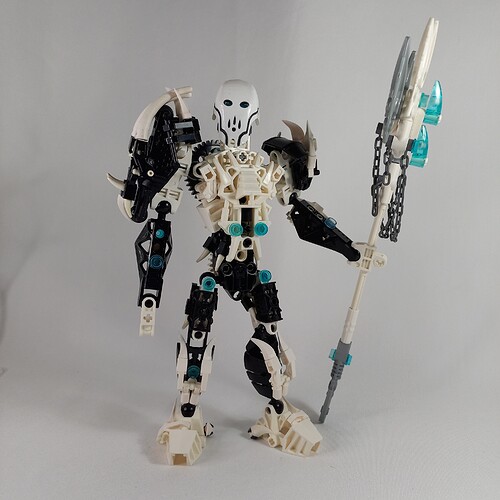 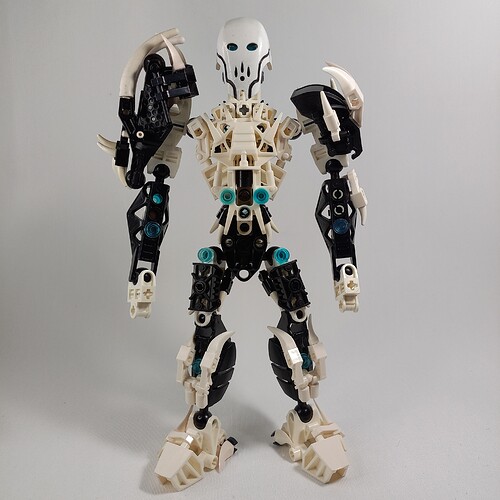 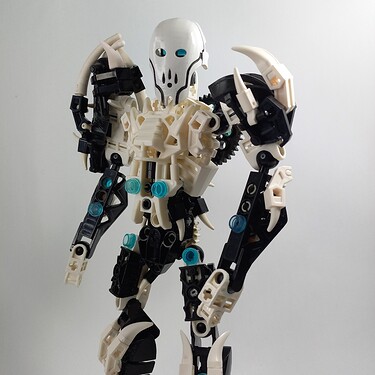 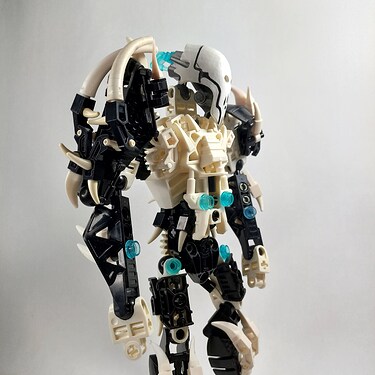 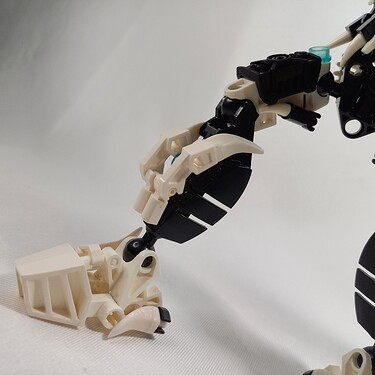 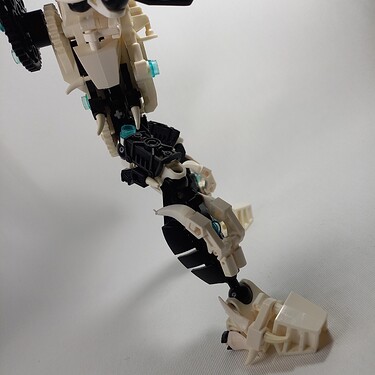 Based on mythologies and some aspects that inspired me, as a MOC, I chose the following name for him:

Prefix Ko of ice in matoran, and sonen of Psônen, a spirit of a giant ice eagle, bringer of blizzards.

Part of the inspiration for his appearance and backstory, I used the mythology of Psônen (P-son-en, literally “Bringer of Snow”) is the spirit of a giant eagle present in the mythology of the Abenaki tribe, who lived in the northeast of the United States and southern Canada. According to the myth, Psônen created snow when she spread her wings, and that’s why she was considered by the Abenaki to be responsible for the blizzards. 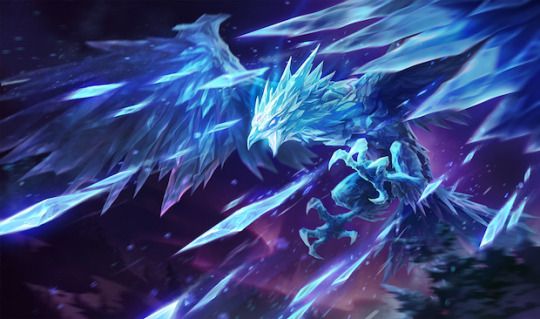 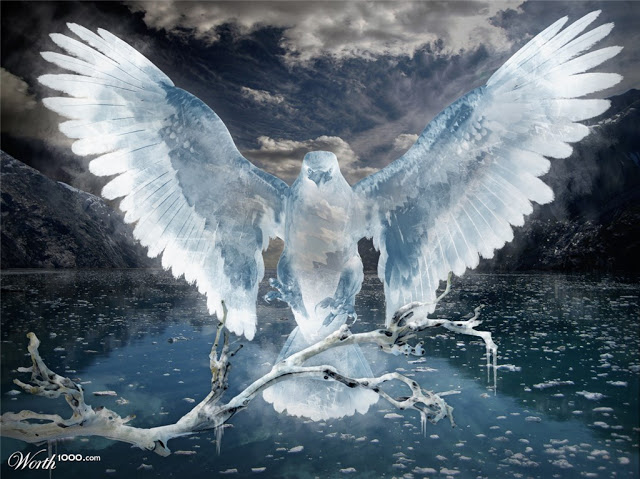 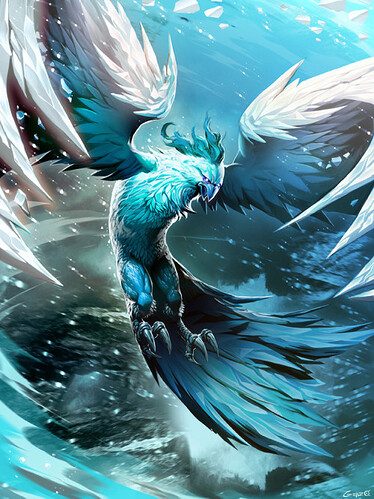 With that in mind, I built a staff whose shape resembles the eagle when it spreads its wings to create blizzards. This staff, unlike the conventional weapons of the toa, which serve to direct the power of the toa, would have its own abilities. 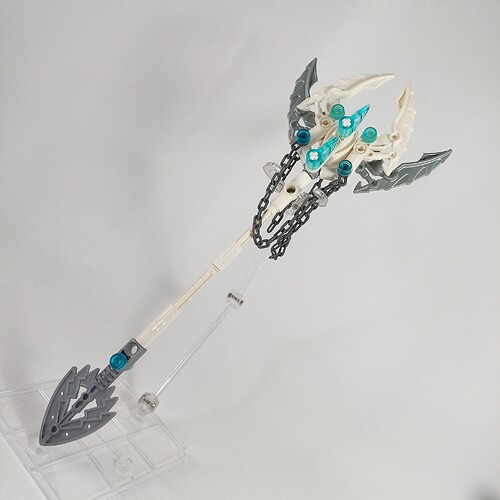 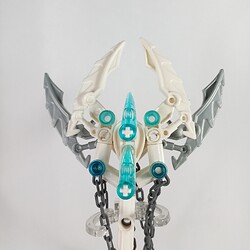 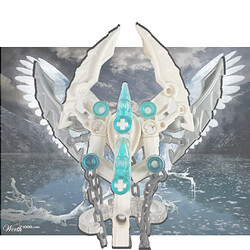 The main ability of this staff is the ability to create blizzards and control them. The staff-wielding Toa, depending on his skill with it, could control the blizzard winds around him and allow him to fly, (like psonen does), in Thor-style when he throws the hammer to fly. The chains attached to the staff symbolize the blizzard that the staff “traps” within itself and is released by the wielder. 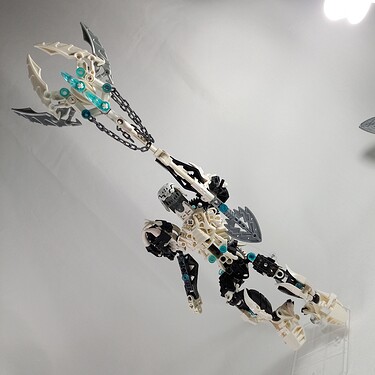 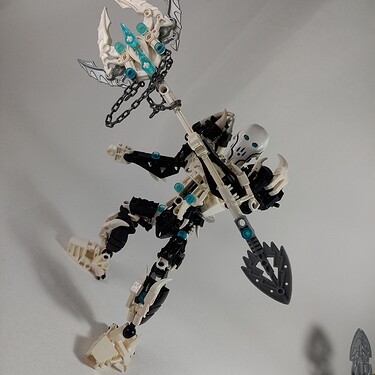 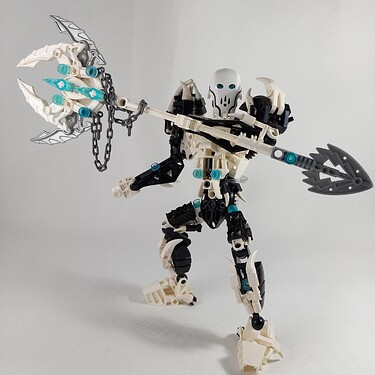 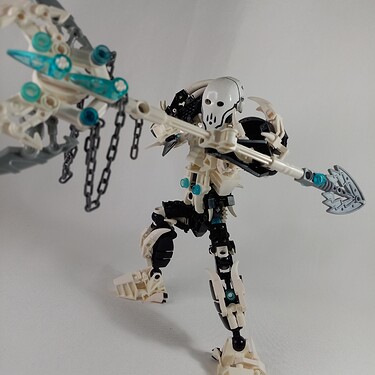 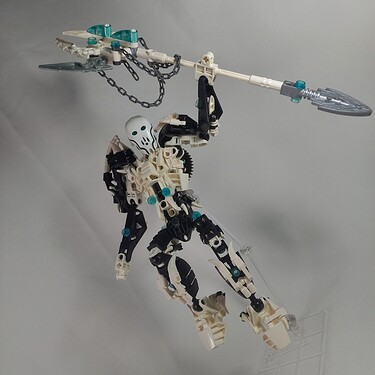 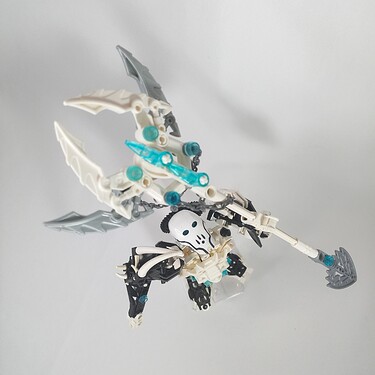 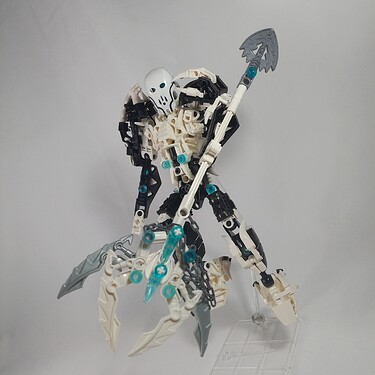 He is a toa capable of creating and controlling blizzards with his staff. With this ability, he was responsible for preventing the kanohi dragon from taking flight, allowing his fellow Toa, lacked the ability to fly, to attack the dragon. To fend off the dragon’s attacks while controlling the blizzard to keep the dragon down, he conjured the powers of the kanohi Hau on his mask.

He is a very wise and experienced Toa, always trying to learn more about the matoran universe and has an excellent memory, as he had to remember in detail the powers and effects of each mask he knew to be able to correctly cast his powers without suffering side effects from wrong casting. 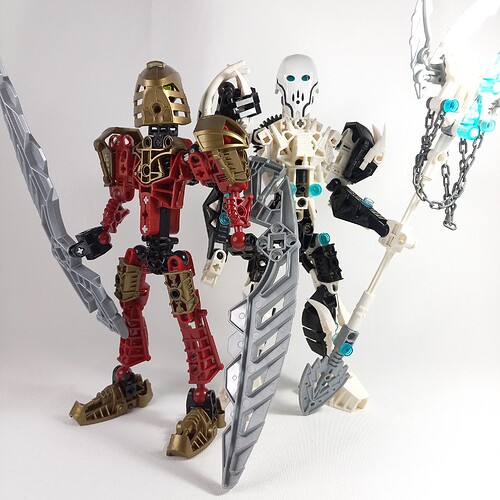 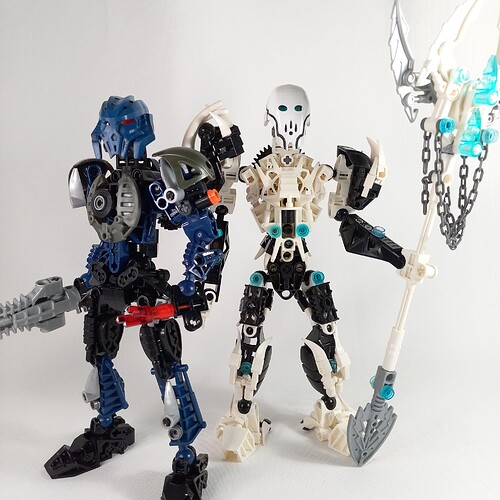 Cool. This is a really cool moc. The inspiration and work put behind the design, especially the staff and armor, are great and look excellent. Color blocking is nice as well. Very good job here.

Where’d ya get that mask? It’s a splendid build, and a very intricate staff

Great Mask of Conjuring by KhingK

This is the Great Mask of Conjuring. Worn by an unknown Voya Nui Matoran. Fits Mata and Metru Heads. Updated: Two versions, 1 with axle connection and 1 with peg connection. Peg connection is easier to print and requires little to no sanding.

Great Mask of Conjuring by KhingK on Shapeways

Check out Great Mask of Conjuring by KhingK on Shapeways and discover more 3D printed products in Toys.

It should be from either of those places.