Once a noble musician on the outskirts of Voya Nui, everything changed when Noiric received word of a strange toa from the future wreaking havoc on Mata Nui. Enraged to hear his homeland being ruined, a burning sensation consumed him on his great pilgrimage to the soon to be wasteland of Mata Nui. Upon his arrival, he discovered a newfound power: the ability to harness his own wrath. 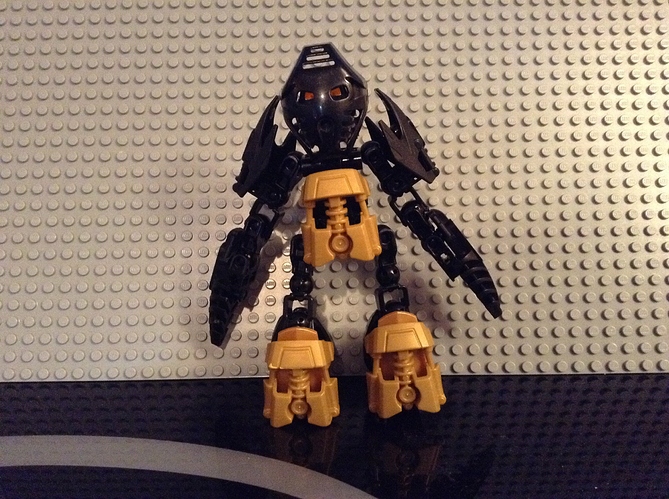 image.jpeg2592×1936 1.19 MB
Noiric bears a golden lance with the ability to harness his anger in battle. He also has a golden chestplate and boots. His wide feet allow him stability in his parries and battle stances, and his yellow eyes hypnotize his opponents with his undying fury. 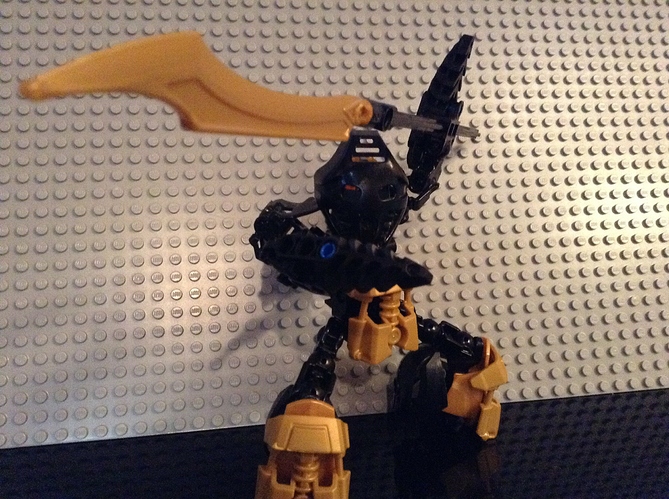 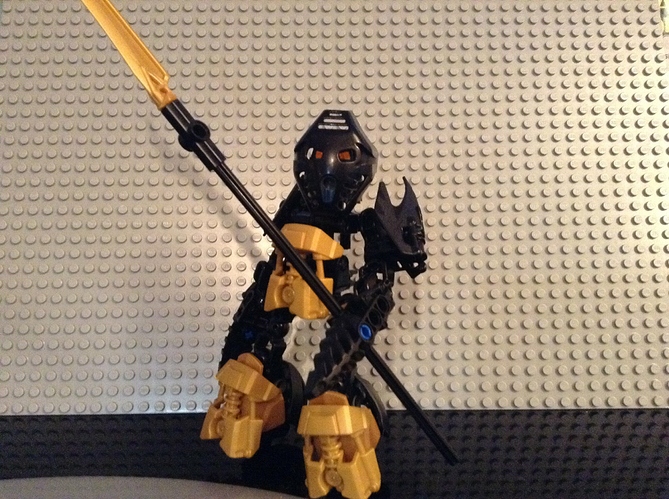 image.jpeg2592×1936 1.21 MB
His build was mostly CCBS elements featuring ball joints in the centers, the type introduced in Hero Factory. The torso is two connected matoran waists, and the hands are visorak digits. (Because, whatever looks cool.) 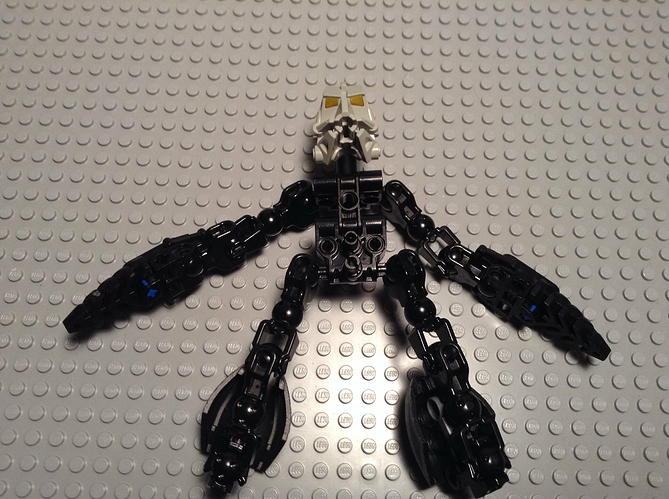 I love the simplicity of this MOC. It works really well.

@Invader That’s exactly what I was hoping for. Thanks for recognizing it. It’s the best Matoran build I’ve ever actually done, so I’m proud of it.

@MaximusPrime I was hoping they’d be perceived as bony jabbing appendages. Flippers is ten times funnier. We’ll go with that.

Good color scheme, and while it doesn’t look bad persay it does have some flaws, the visorak feet are pointless and look strange, the add-on on the chest should really be flipped, I think you should lose the add-ons on the legs, and add some shells to the upper legs, also, the hips seem a bit wide, and personally I’d use the size 1 bones as the upper arms.