So I have decided to not add in more then power, element, and personality for every new moc I post sins I am a story writer and some of what I posted before have been small spoilers for my characters and where the story for each of them where going so I have decided to not post more then this information I do plan to post the pro log here later on though do not know what topic I can post it in, also will not post the pro log until after I’m done with chapter 6 of the story because by then I should be at the middle of the story of volume one of my original fan story Bionicle legends of Toa Toras (still working on the name). 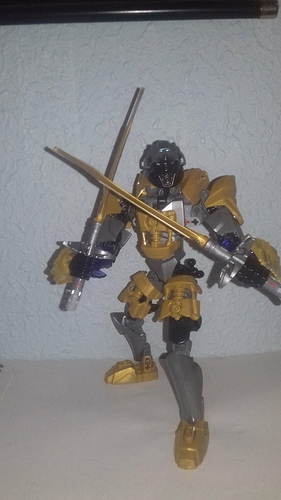 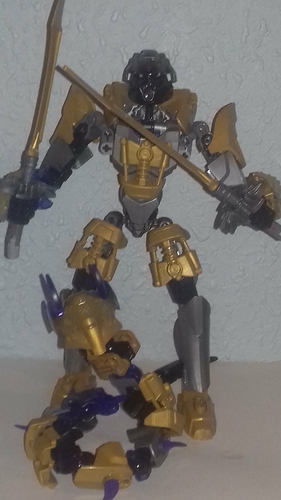 Personality:Isshata follow an ancient and almost forgotten warrior code, he is calm and always try to think on his feet. Even though he has the power of Metal he only use it to make his own weapons stronger instead of using it to control the metal around him. Isshata follow his warrior code to the point that he almost never lets any one get to close to him he always work on ways to be able to counter or defeat any opponent even his own Toa friends, the only one he trust completely no mater what is Mirage the Creature of Illusions 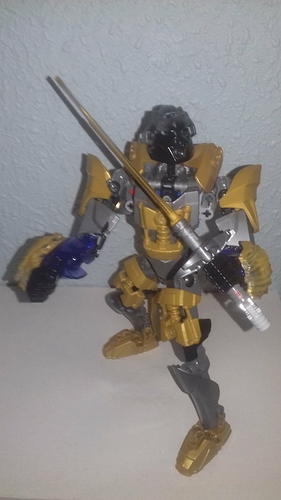 Unity powers: When United with his partner Mirage, Isshata gets a boost to his elemental powers, and also a speed boost. He is also given the power to create illusions 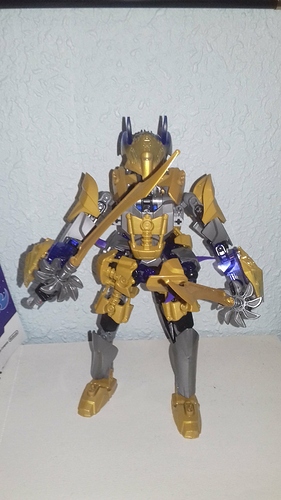 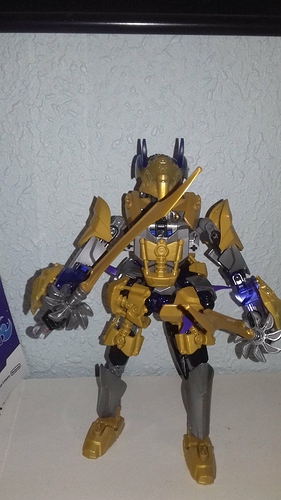 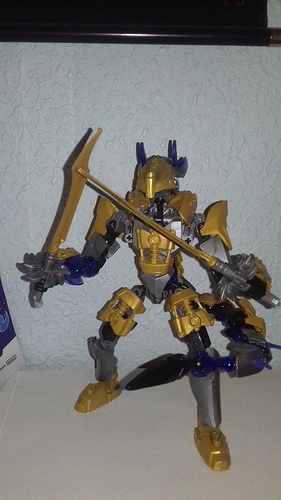 Closer look at the build of Toa Isshata
Front 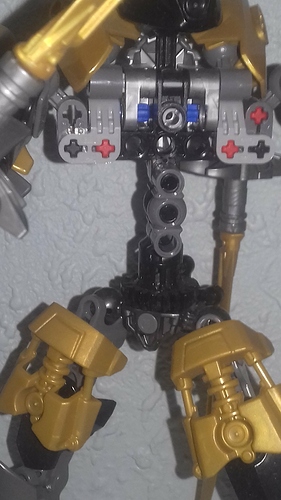 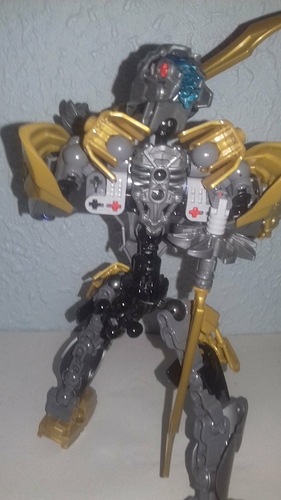 Weapon can be used in one hand as a blaster 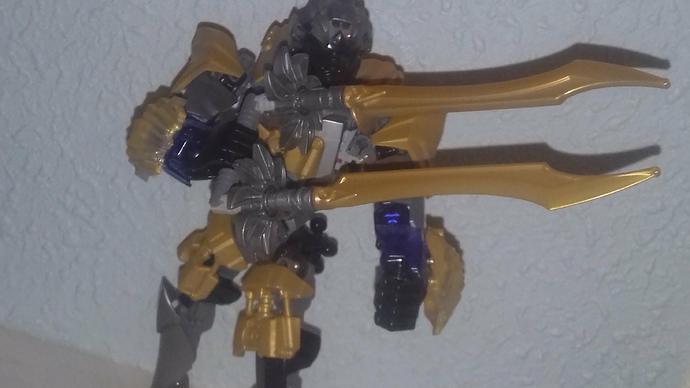 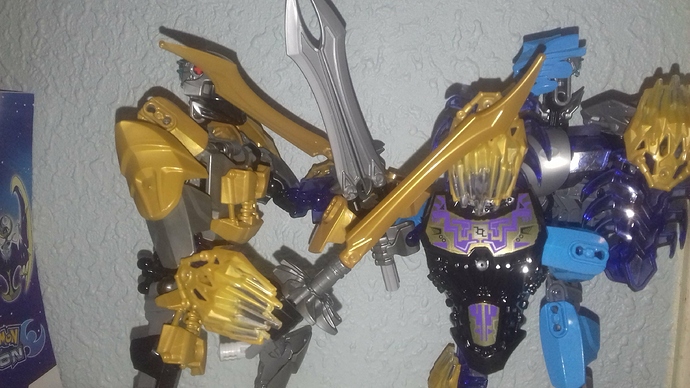 Thanks for me see you all next time

Work on run on sentences.

Anyways, interesting moc, feel like it could use some bulk. Also the unity is pretty disappointing, as it really feels tacked on.

feel like it could use some bulk. Also the unity is pretty disappointing, as it really feels tacked on.

Well fist and for most no it don’t need more bulk, he is meant to be like a sleek samurai and he is kinda bulky already,
Second I wanted the unity mode to either be a weapon for the Toa (like I have done for the Toa of Jungle’s combiner mode) but went with this instead, and in a sense the original lego unity creature’s was tacked on as well example unity Onua, Kopaka, Gali and Pohatu.
The only thing there creature’s really do is ride on there back’s, the only one’s who’s creature’s at least do something new for after uniting is Tahu and Lewa who gets the ability to fly, the others don’t get more then a power boost from there unity mode.

I see what you mean. However I think the flow of the armor, especially the upper arm armor, makes it feel like something’s missing. Also don’t lower yourself to lego standards… I feel like if the creature had to paw things that acted to fill in the ‘missing’ areas, it would look much better.

Thanks for me see you all next time

Seems pretty simple, but not too bad.

I wright that at the end of my post as a form of an outro like they do in video’s. (because I plan to make video’s of each one of my moc’s for youtube so see it as my script for said video’s)