So I have decided to not add in more then power, element, and personality for every new moc I post sins I am a story writer and some of what I posted before have been small spoilers for my characters and where the story for each of them where going so I have decided to not post more then this information I do plan to post the pro log here later on though do not know what topic I can post it in, also will not post the pro log until after I’m done with chapter 6 of the story because by then I should be at the middle of the story of volume one of my original fan story Bionicle legends of Toa Toras (working on the still working on the name).

P.S NO I’m not trying to show off my pokemon collection I use it as background only sins it is the only space that’s relatively free 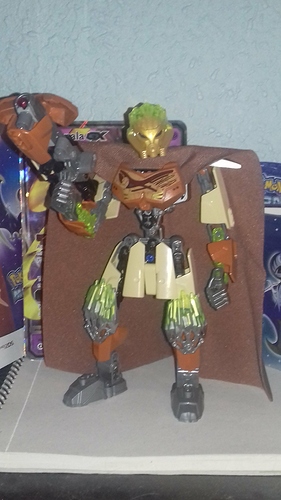 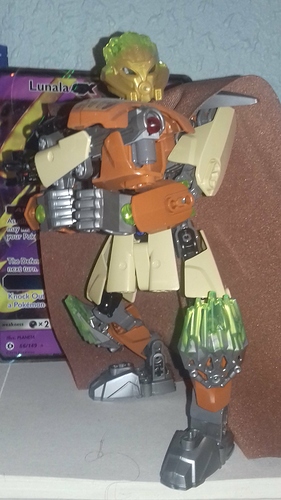 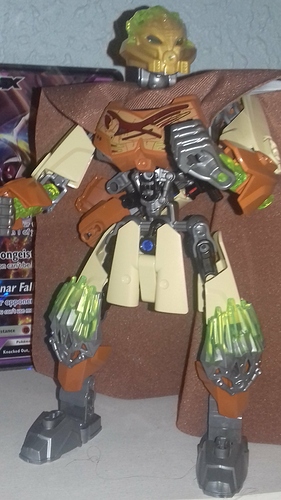 Mask Power
Evasion.
The Evasion mask power lets the user avoid attacks and dodge in the last second before getting hit, most of the time it activates before the owner can activate it.
Personality
Kaya is a Sniper and so prefers to stand alone far away from her Fellow Toa when in a fight.
She like’s to crack joke’s in the middle of a battle and never lose her hearth when things starts to look dim.
Kaya also love’s to interact with her Toa friends and with any Bushido or Matoran she meets, though she can seem a little pushy when one first meet her.
In Battle her greatest weakness is that one’s she locks on to a target she can forget her surroundings and might get attacked from behind. 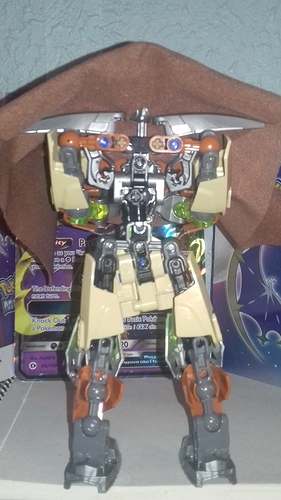 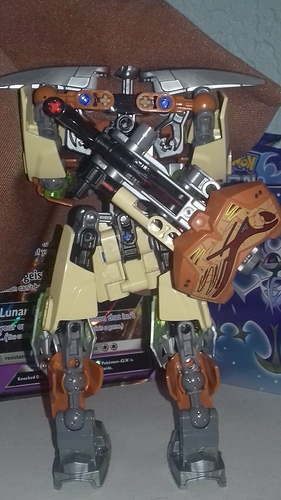 Nice MOC, although I have to question why you want with sand and not stone.

I said that as a I joke.

Looks good, but the red and blue pins break the colors a bit. Besides that, this is great.

question why you want with sand and not stone.

Because I just didn’t want to use stone and after adding the cape I thought why not sand, the cape could be made from sand that she use wile she hide’s when she is in battle, well that was my thought pattern when I decided on her element.

but the red and blue pins break the colors a bit.

Nice MOC, although I have to question why you want with sand and not stone.

I said that as a I joke.

Okay, but in case some one ells ask, don’t want to have to answer the same question in every post.