Second part of my Okoto Revamps. ive changed a few things that were suggested after part 1 so feel free to make suggestions on these.
First up Kopaka 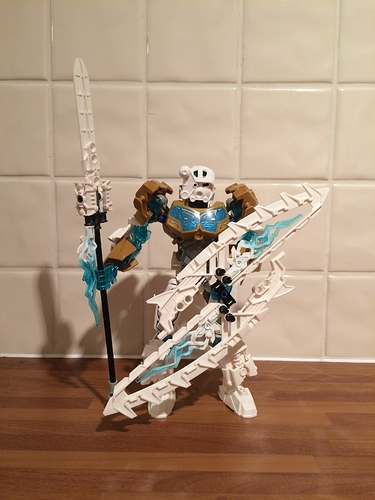 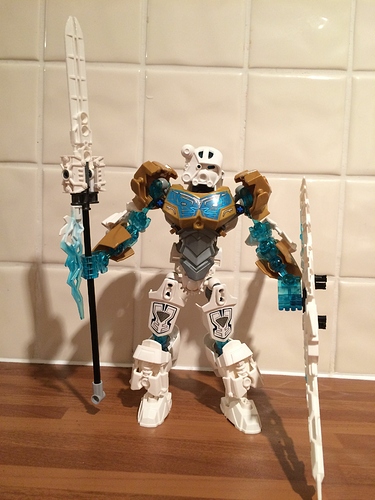 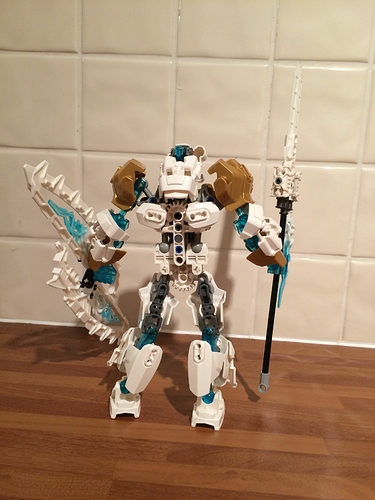 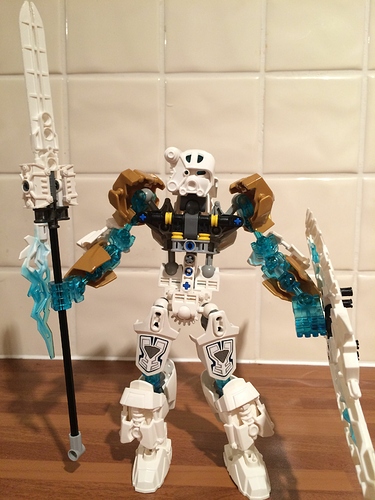 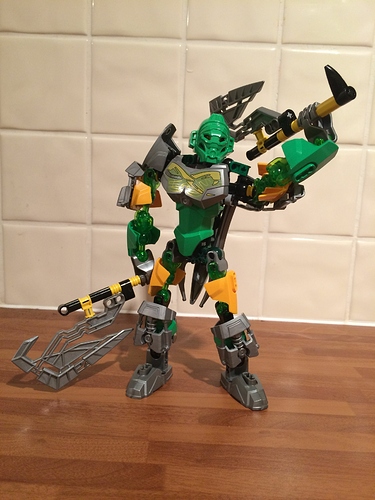 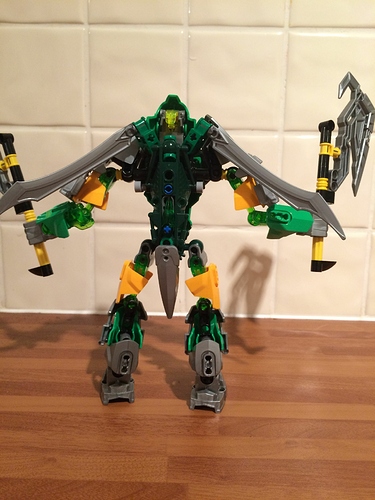 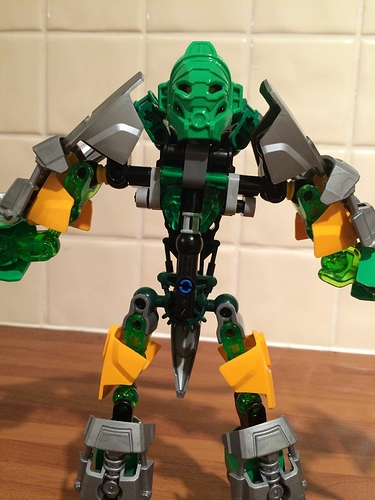 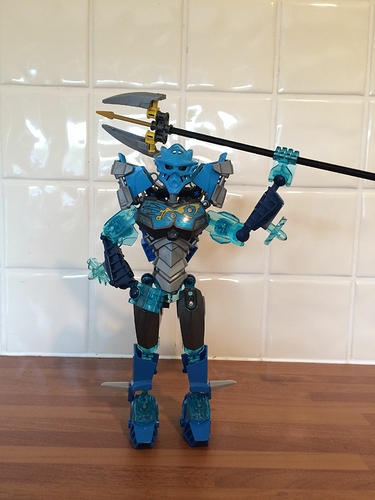 IMG_1854.JPG2448×3264 1.3 MB
It was difficult to keep a “female” shape so I think I did the best I could with it. Not really happy with the arms, they’re about 3 lengths longer than I wanted but, hey. Also she has high heels, just coz I had to make sure she was a girl ( total stereotype).
The team all together- 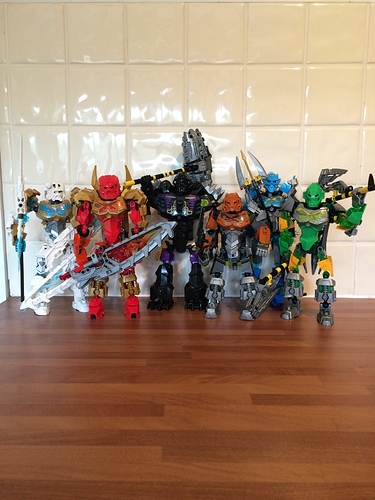 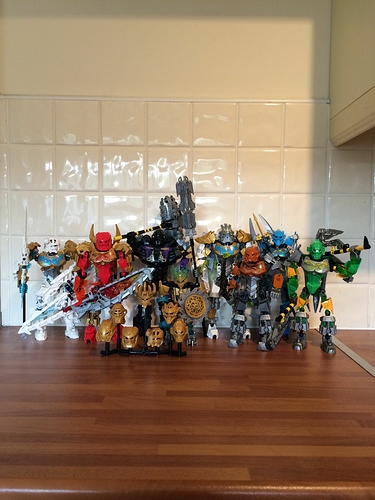 IMG_1859.JPG2448×3264 1.55 MB
Just had to get my Takanuva and Ekimu in on the action somehow…
EDITS
Again, suggestions from comments have been changed, mainly involving two complete torso rebuilds. So here they are.
Lewa 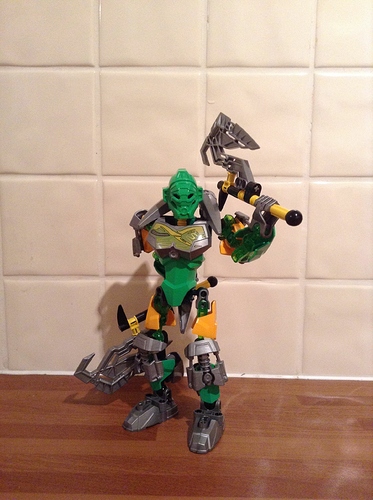 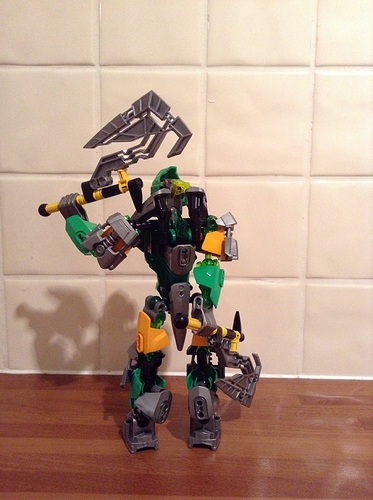 image.jpg1936×2592 1.5 MB
Used a mata foot to build round and it really slims him down. Had to lose the wings but it’s a small sacrifice for the overall look. Put his shoulder spikes back in, although I couldn’t really cover the way they attach, but I figure the “original” had a hulking gearbox on show so it’s not too bad.
Gali 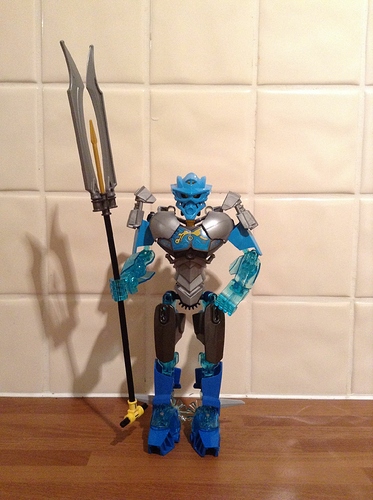 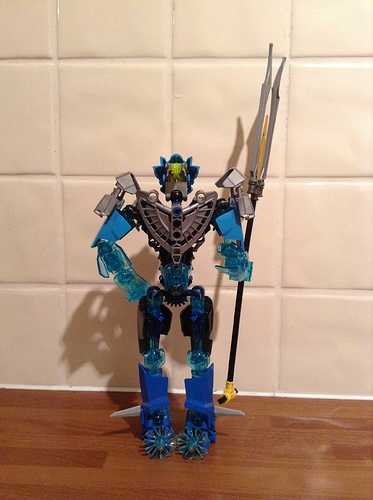 image.jpg1936×2592 1.47 MB
Rebuilt the torso and integrated some “Nuva-boob” ( found that term online and loved it instantly, lol). Got rid of the big shoulder pads and I think it gives a better shape. Oh, and found a place for Lewa’s swords…

On a side note, I just want to say thanks to everyone who’s commented on my Mocs. I’m new here and I feel like that everyone has been really great, and with the comments and suggestions, I’ve been able to achieve a better look for the Mocs that I would never have been able to create on my own.
You’re amazing!!!

You do know you could just post this in the original topic, right? Anyways, I think they are alright, but Kopaka’s hips are pretty wide and Gali’s Torso is insanely long.

Interesting revamps. I like that Kopaka looks just as bulky as the original and Gali still seems to retain her femininity, though I really wish you retained the claws Lewa had on his shoulders since they kinda resembled a fur pelt (at least, I thought they did) and made him seem more like someone who’d live in the jungle. Sure they hindered head movement, but you could possibly make it so that they are farther apart.

Gali is a bit eh, but the other two are great! God job!

My favorite is definitely Kopaka!

Although my least favorite is Gali.

If I remember correctly, mabe I don’t, your last Okoto revamps were basic CCBS builds. The custom ones now are a big improvement.

If I remember correctly,

Oh, I was probably thinking of some of the other countless Okoto revamps.

Best Revamps I have seen all day.

Also she has high heels

Apart from some things like the Metru green on Lewa and the Metru blue arms on Gali that don’t fit with the colour scheme, these MOCs are really good!

@Oniwah got rid of all the metru pieces
@Ghosty you’re totally right about the mata high heels, the were very unstable, so I got rid

@tahtorak I liked the wings 2, but I had to get rid of them to rebuild the torso.

2nd version of Gali’s is great, and dem headlights…

Looks fairly good…
can’t find any major flaws. I like them, and definitely think they are better than the OR.

I love Lewa’s new weapons. Kopaka’s okay, but I don’t really like this version of Gali.