Most have you have probaly seen Some form of Origan in the past, well this is the newest version of him!!

Age : 6056
Species: Toa/Bohrok(Previously), Deity(Previously), Toa (Current)
Gender : male
Elemental Power : Power of Possession (previously), Divine Power Of Death (Previously), Toa Power Of Death (Current)
Ability and weapons:
Dekon : (Teleportation over small distances)
Shadow Form: (Regains a small amount of divine powers and two Shadow arms appear from his back)
Demote: Bring back a Dead body (Has to have been killed within 24 hours) back as his slave
Back story: After Defeating his father , Promiatus , Origan Reset the God line, as his father was a God of Creation… In doing this all current Gods, including Himself where reset to there previous self, but as he was a hybrid before, something banned throughout the cosmos, he was given the body of a Toa Mata.
some how , he kept the ability of death, but not to the extent he had it before, he was more of a necromancer know, he could not control death, only bring back them as slaves to him…"
Appearance: 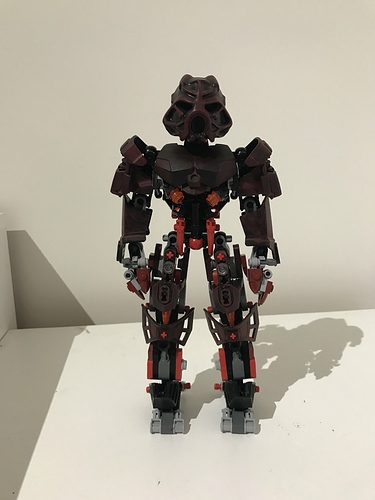 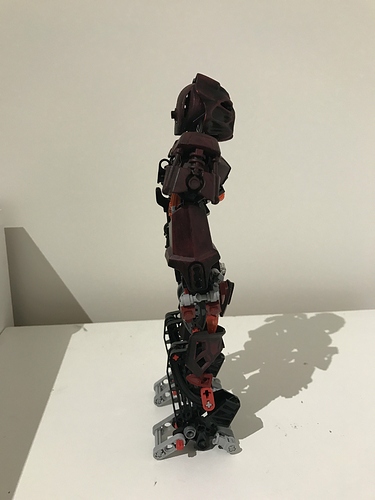 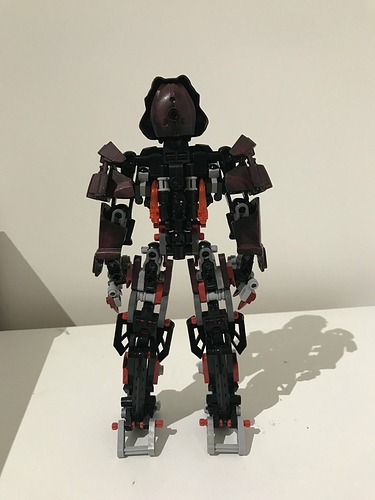 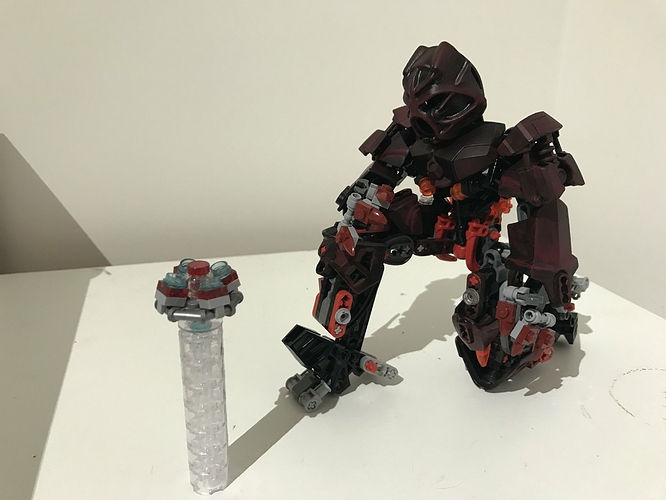 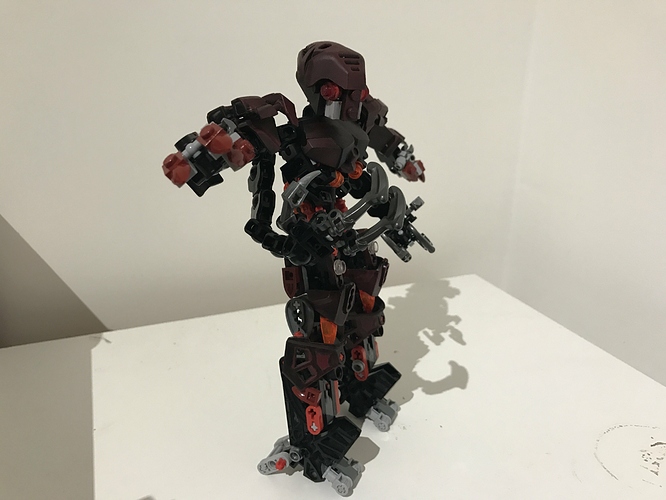 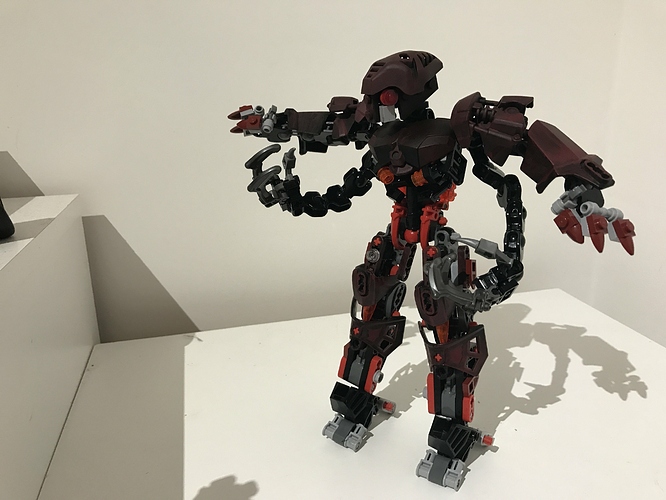 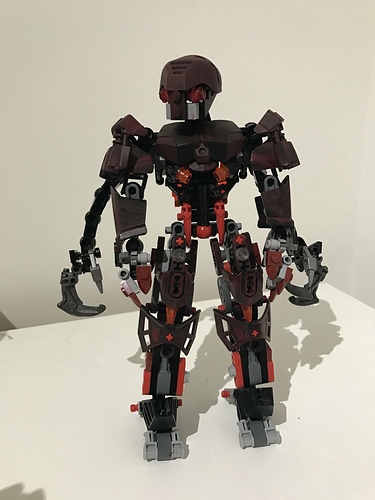 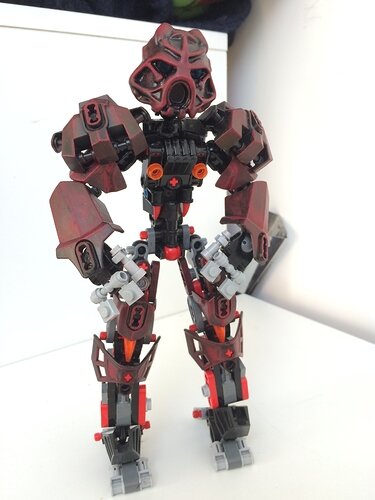 The paintjob is excellent as always.

You keep improving the torso and arms, but the legs are still just as bad-to-mediocre as they’ve been since version one. I can hardly spot any changes. IMO, that should be a primary area of focus now - they really look strange on this guy. Just way too out of place, overly Technic-y, and awkward.

The legs have not been changed at all , other for like one little peice , the only reason i haven’t changed the legs is because im trying to design a new type of leg build, but none seem to work, and i want it to be an original build and not based of other builds so i cant really change it for the up coming future till i have 100% finished my new leg build

I thought Oregon was a happy state.

but with out anything else describing the moc its self as death it looks like a Toa of Rust
so i have to give it a 4 out of 10 again it just looks like a Rust Toa
when doing your 4.0 version considering adding some white as bones or the lego bone pieces to give it a death look. and the mata red is the planet-sized god in the room

now some positive, the paint work is cool but i hope you used washable paints so you can wash them.
the 2002/03 tahu mask works with the concept

@TheLeg0Br0ny He does have a bone Scythe, It isnt in these photos as it was displayed in 2.0 , and from photos he does look rusty , but in person it is much more like Faded Red

but thanks for the feedback, imma work on adding some white to it now

but is the paint washable, it has to be washable so you can sell the part how it was

i think its best to use acrylic paint for now on

@TheLeg0Br0ny I Have been doing this for a while, and i know what works, these MODEL paints work … Acrylic can leave them looking too shiny or clumped up in areas… i appreciate your comments but i will use what paint works best for me

but thanks for the suggestion

but if you think about it acrylic does give a good texture, plus when i do mine i use a sander to make it smooth

@TheLeg0Br0ny I have been doing custom painted bionicle pieces for some time now, and even before i did them i did painting for models etc, Acrylic paints are very good for some kind of models etc, but the best for doing this kind of work, from my experience is Model paints , in particular citadel paints

but is the paint washable, it has to be washable so you can sell the part how it was

Quite a few people actually like to keep the pieces they put time and money into customizing, I can’t see why anyone would want to completely undo so much effort for a 50 cent resale on Bricklink.