Toa Tangus (phonetically: TAN-jus) is a Toa of Sonics, a Hunter, and an animal tamer. He is also my Self-MOC, and would thus reflect my own tendencies or hopes, (i.e., I wish I had any skill outdoors as a hunter or with animals- lol). 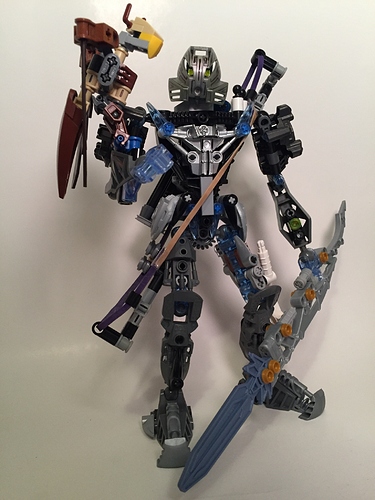 His mask is intricately painted by his townspeople as gratitude for being a longstanding hero and benefit to the community, they love him greatly and admire his abilities to defend them! 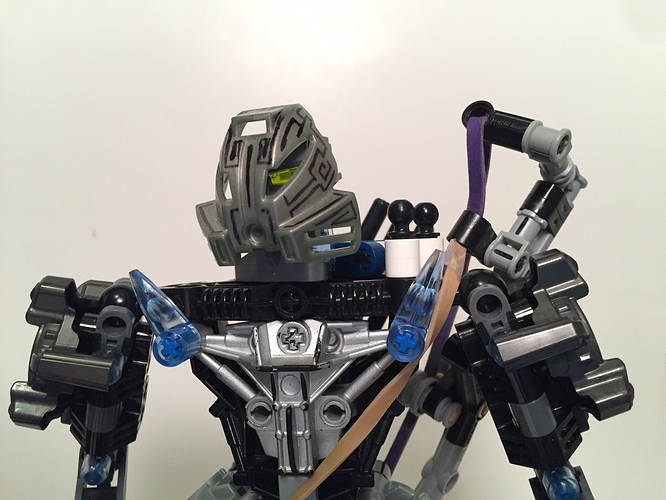 and his hunting falcon, Marau! 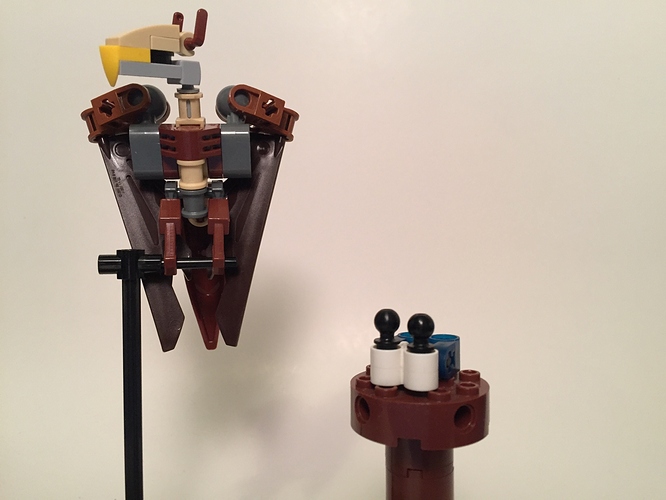 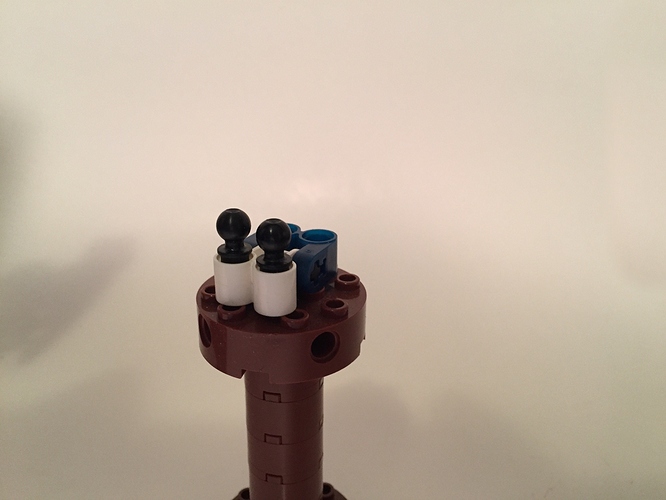 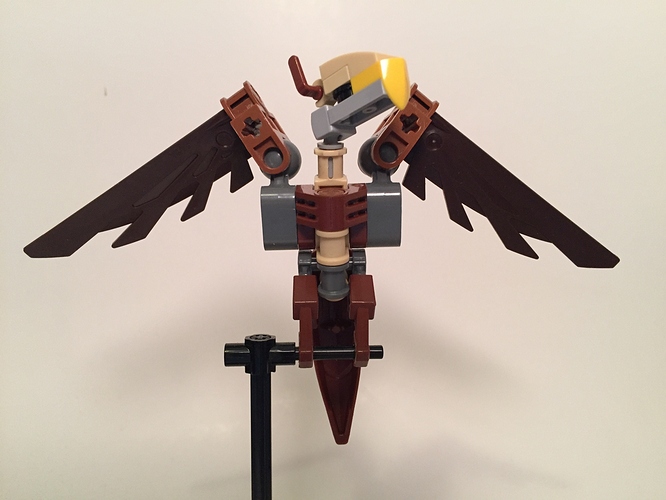 He has recovered and wields the Staff of Artakha, whose power is to repair any damage no matter how severe. When Tangus goes on to join the Toa Magna later in life, he uses it as a medical aid in battle, but only on rare occasion, as it takes a very long time to use. 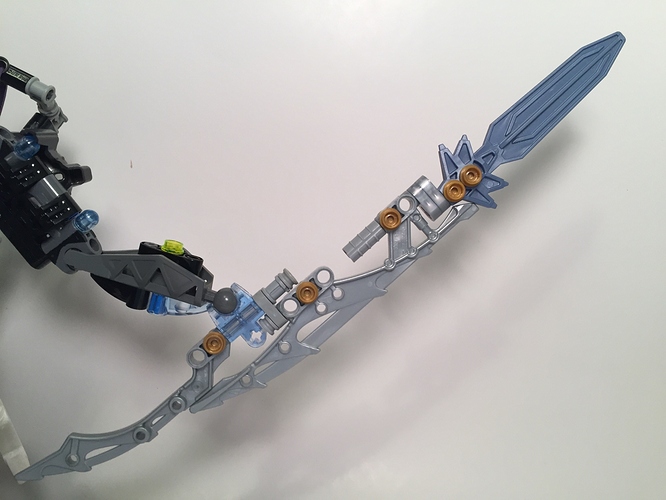 His weapons include a Fish Hook, for repelling and scaling, along with grabbing and retrieving, and a Bow with a quiver full of arrows, through which he can channel elemental energy, letting of noiseless barrages of trick arrows his partner Tipu designed. 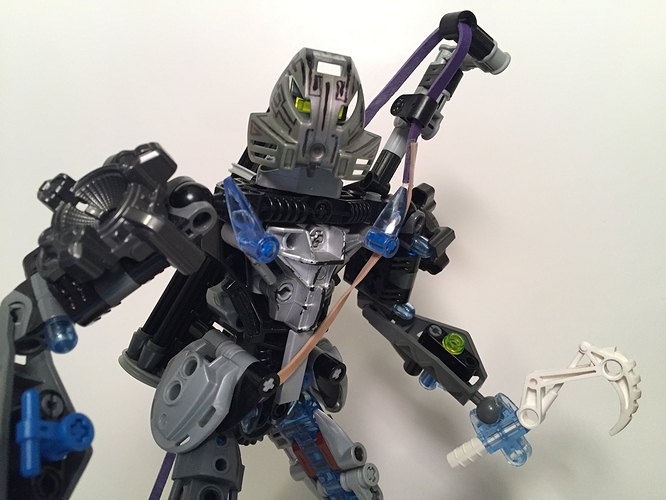 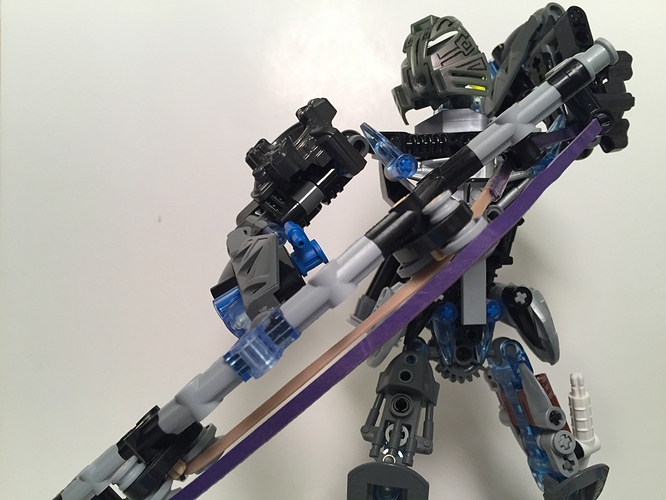 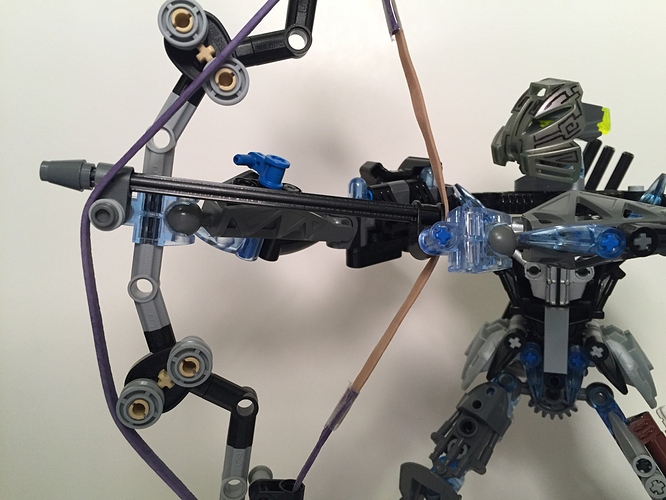 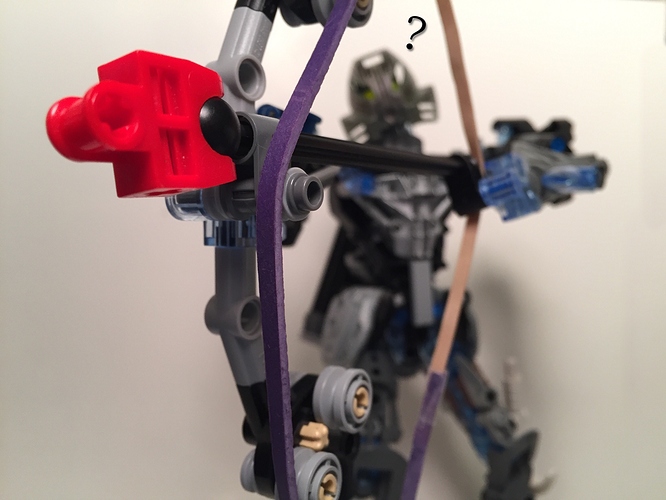 But that’s all for Toa Tangus! He and the rest of his Toa Team are intended to be almost just amped-up versions of something Lego would actually release, ergo the modified Inika Build. This is both because I enjoy the Aesthtetic personally and because I have an extremely limited constraction parts just collection. So if you look and this guy and think, “Well… it’s okay… just really simple,” that’s why.

I’ll admit this post is mostly for the benefit of @Ven, who saw this MOC at BFVA and VERY graciously did a cool “On the spot MOC Spotlight” for me! That was a very amazing experience (especially since he REALLY padded the score to give me a 28/30 LOL). He concluded by asking if Tangus was on the MessageBoards, to which I said he was, but that I’d make a better topic if he wanted to go see it.

So there we have it! Hope you enjoy, tell me what you think of the MOC below!

The symbols on the mask looks great
My only complaint is the color of the rubber bands, but the bow is excellent

but today is not that day

Aye, this guy is pretty neat!