So about a week ago I decided to do my take on the Toa’s designs for TTV’s G3, and wanted to make them in a different way from my other content, settling for a line-less design.
Also I really liked the camaraderie on G1 (or at least some of it), so I decided to draw’em like pictures from an album, showing interaction between a couple of the Toa because why not? 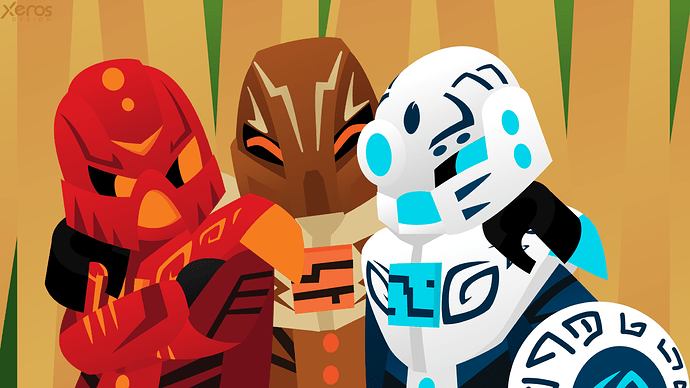 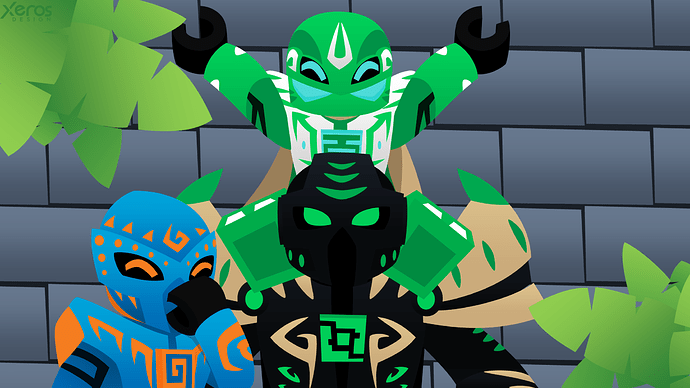 There’s no lower half of the bodies just because it’s supposed to actually be like a picture, but other pieces I have sketched actually feature the lower half… just in case you’re wondering

I took my sweet time with the design choices for the masks, mainly the Miru (because I’m biased, and I wanted to capture the smile), and I got a couple of people (not fans) to recognize the characters by the paper sketches, so I’d say it was worth the time.

It’s been quite a while since I’ve posted here

###March 12
Took some time, but here are the individual Toa:

These are really great, I love how Lewa is on Onua’s back. Though I feel as if Onua’s shoulder pads are a bit to big.

I tried to make them look cartoony, but perhaps they are indeed too big.
Thanks for the feedback!

I really really love this style. I personally feel and like how they sort of don’t even resemble minifigs. It’s something I can appreciate a lot more. These are simply fun snapshots!
Wish I had a group of pals for moments like these!

This looks fantastic as always, you captured the Toa all wonderfully.

the style is interesting, tribal yet fantasy

Not gonna lie, these are my favourite G3 Toa designs so far.

I like how this looks and would love to have an entire comic in this style. Great work. ^^

I really like these, especially how they all seem to be friendly or not friendly.

Just how human these characters feel and how you convey their personalities in these two portraits is excellent. You’ve really captured the interaction between the Toa well, which was a key part of their personalities. Not to mention this Art in general is pretty great to watch, too. I’d love a Brickonicle series in this style.

There’s so much character in their poses and expressions; Lewa, Pohatu and Gali in particular. It feels like a kind of ‘behind the scenes’ look, seeing the Toa away from their battles and big quests and just… interacting like people. Like kids, even, or at least in a way that kids can identify. Fantastic!

I really like this. Not only did you do a good job as a whole creating the characters, these are some of the best depictions of minifigure-based Toa I’ve seen.

Besides the level of character, I love how the colors and tribal patterning is brought out in this style, it’s really striking.

All these designs are colorful and amazing. The coloring is solid on Lewa, and I love what you’ve done with the colors and armor on all of them. They still retain the iconic designs while still being recognizable.

I’d love to see your full body designs, if you’re working on them. It’d be great to have as a sort of evolution of these character designs, especially with the tribal markings.

These are awesome, pretty much one big happy family

(well, apart from Tahu and Kopaka).