Had a lot of dark red and silver parts. So I thought to randomly build a MOC.
While half way building, I realize that the toa Vakama’s mask suit this MOC best.
So why not just make a Toa Vakama MOC.
Andddddd here it is!!! 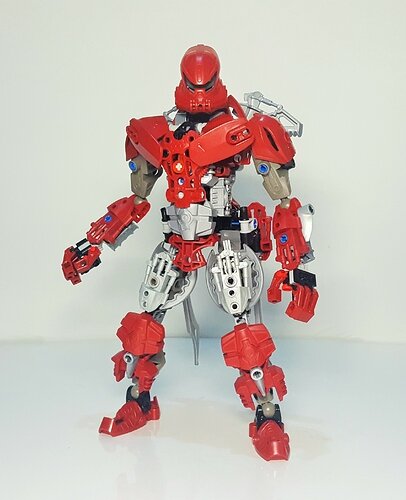 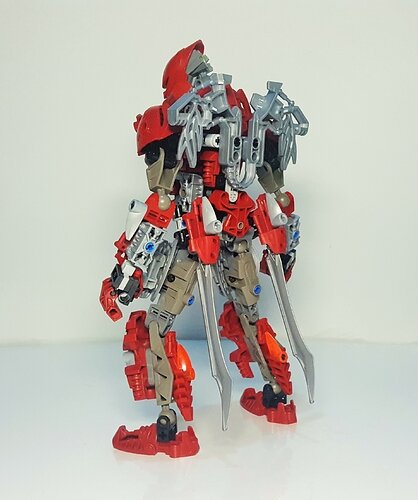 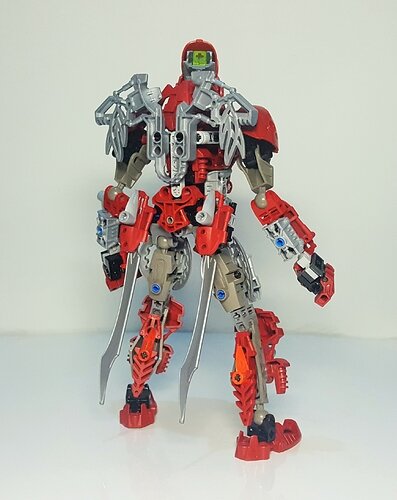 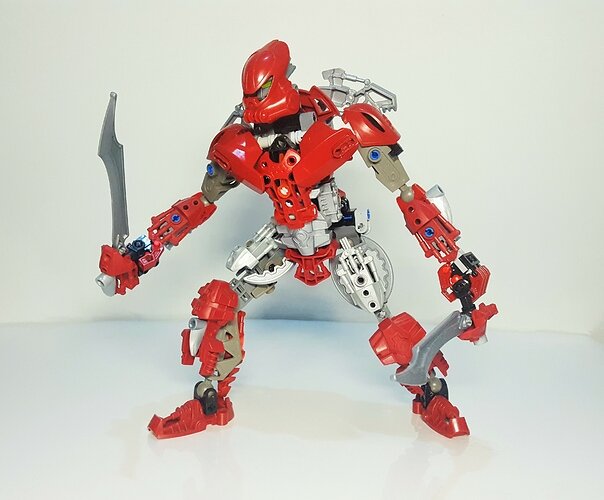 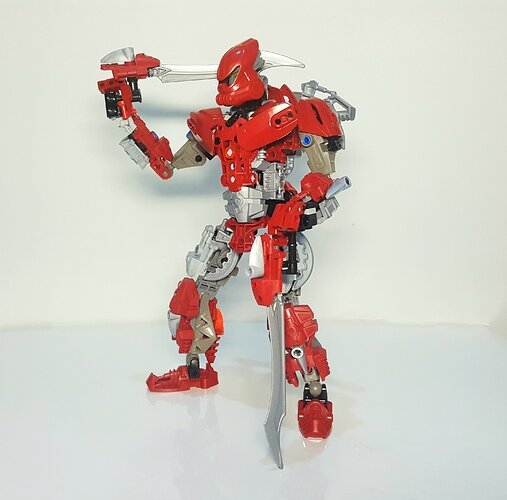 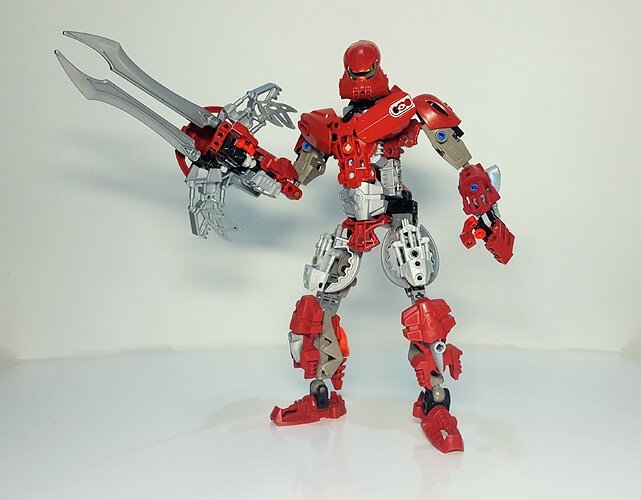 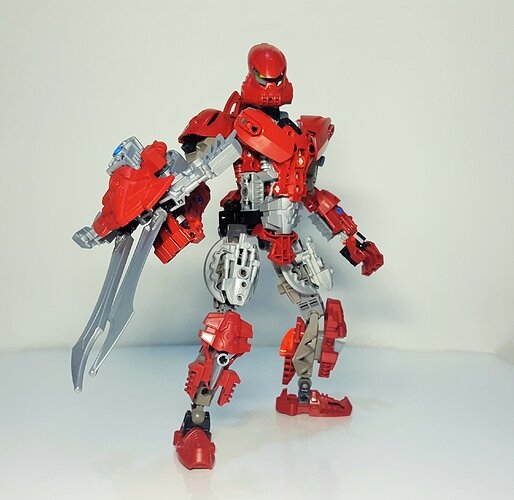 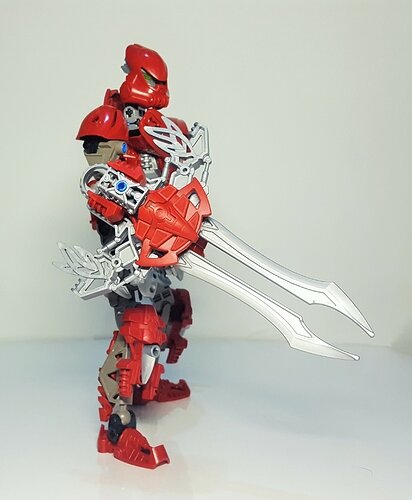 Made this half a year ago but did not have the time to take pictures and post it.
Hope you guys like it.

Awwwwwwwwsome. Neat weapon idea. The shaping of the shoulders could be closer to the original however

Really accurate, except the silver which isn’t in the set, but it adds a nice touch. Great job!

The head seems to stick too far up from the chest, leaving a rather distracting gap in the neck. The limbs seem lanky and disproportional, but especially the arms, which may be due to the hands blending in with all the metru red pieces there. Try refining the torso to look less blocky and stick with the proportions of the head.

I guess this Vakama CAN JUST CHANGE

Huh. Pretty good. Well done. Not much else to say.

Very cool design. And the final form of that weapon is straight bananas.

Wow, I did not even notice some of the flaws you mentioned until now.
Thanks for the advise, I’ll see what can I do with.

especially the arm and torso.

Thanks for the comments guys.

I notice that a few people thinks that it doesn’t really look like Vakama.
That’s because I initially planed to make a random MOC with 2 “samurai” swords.
I called it Vakama (revamp) in the end after noticing that the way i use the mask and the disk launcher looks like that of the Toa Vakama set.

Right now I’m wondering if this MOC should be a revamped version of Vakama or a totally new character.
What do you guys think?