What’s your favorite? I haven’t tried Lego dimensions, but I really like Skylanders, followed closely by Disney Infinity. 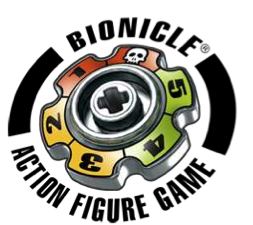 I hate those kind of games because i makes you pay a lot for no reason.

15$ for a new character in my video game? Lol nope.

Lego Dimensions: $15 for a character, hub world, vehicle/gadget which can be rebuilt 3 times, and AWESOME LEGOS!

The proper term is “Toys-to-Life” figurine-based actually refers to stuff like warhammer 40k.

The proper term is “Toys-to-Life” figurine-based actually refers to stuff like warhammer 40k.

Technically SMASH BROS kinda fits in here, what with the amiibo and all that.

The concept though? Ehh… I’m not too keen on buying more stuff to go with my standardly priced game. Unless it’s 2 bucks or something.

you guys watched TTV podcast #139 right? Where they talk about that?

I don’t play that many video games, but I have a friend who had skylanders. To be honest, it was cool at first, but after coming out with a new game every year, well, it feels like that they’re running out of ideas.

Other than that I’ve had no real interest in those, although I did consider getting one of the Lego dimensions characters packs, but just for a Lego version of said character. I don’t have the game.

I like amiibo because they’re pretty much DLC that comes with a free toy.

, the reason behind it is the fact Toys to Life sales are VERY common compared to an average set.