These are my renditions of the Toa Hagah. Bomonga had to be made digitally as my printer started having issues while the contest was going on. 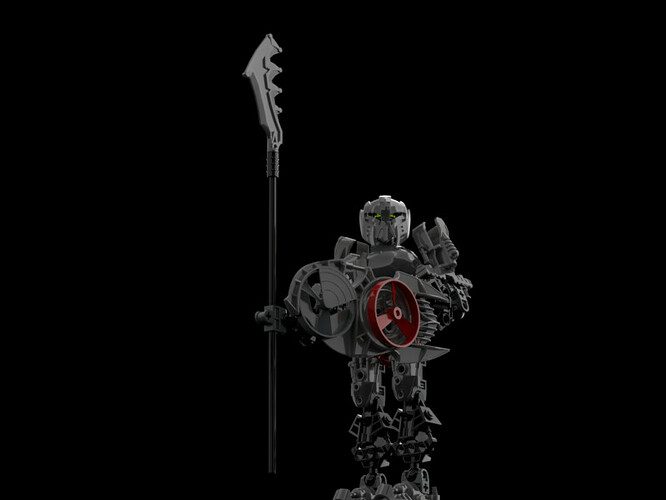 Toa Hagah Bomonga (dyanmic)800×600 27.8 KB
*Insert Dynamic Picture here+
Bababooey was a very interesting experience for me. I made him as a part of a collaboration between @Minirigby and @Galva_Nize. Babingus is based off Makuta Teridax’s 2003 design. Prior to the contest I had a rather generic representation of Boingoingo, and I pretty much worked my current version from the ground up. I procrastinated a ton on Bingzak’s design because of stress (mostly stemming from difficulty using Studio, and my printer fritzing out). The Underscored Double helped me get in gear as the other two members of the collab were already done. I got him all built in one day (well the prototype), and he came out looking really good. The connection for the side “nuva boob” parts of the chestplate is slightly illegal, but otherwise he works just fine. 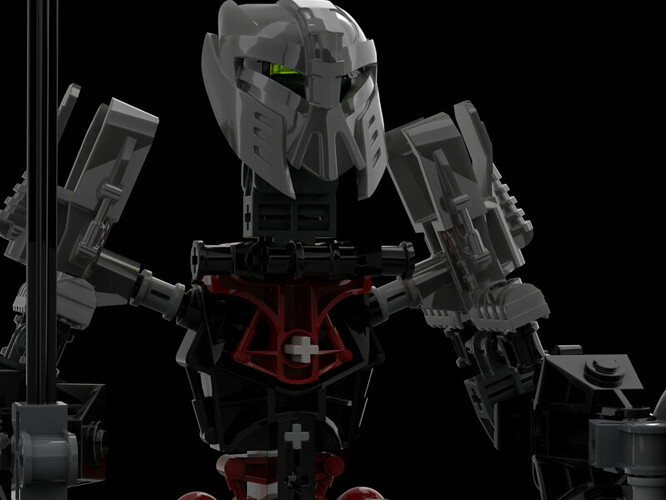 Bomonga Chest800×600 63.5 KB
Bomongus’s mask (The Mask of Shapeshifting) was designed by me, and modeled by @Galva_Nize. https://www.thingiverse.com/thing:4880340/files
The only other custom piece on him is the shield, which can be swapped out with a custom build that I will be demonstrating on Kualus. 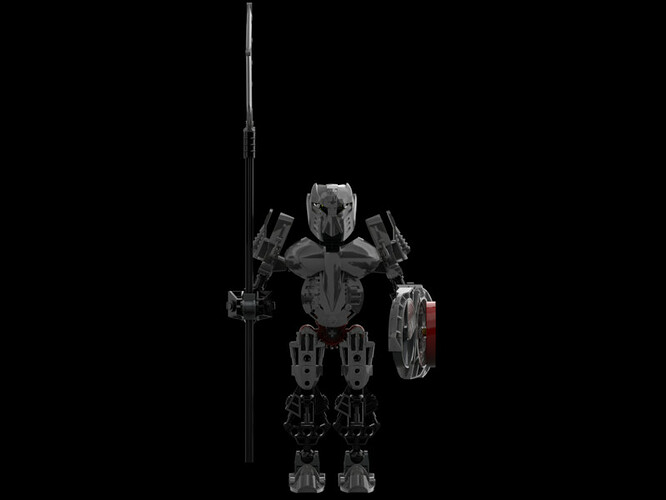 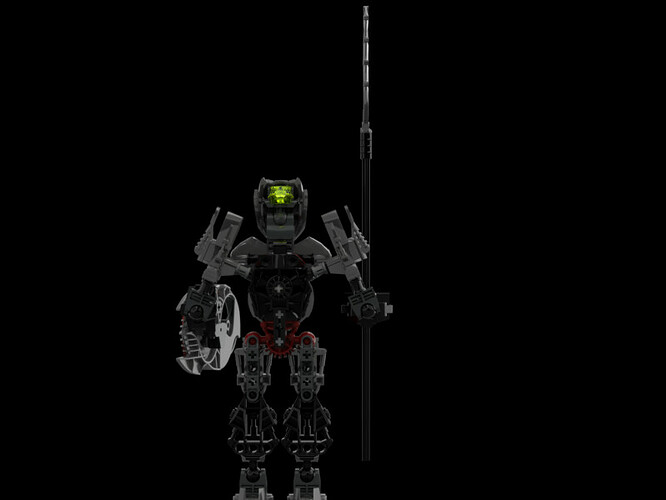 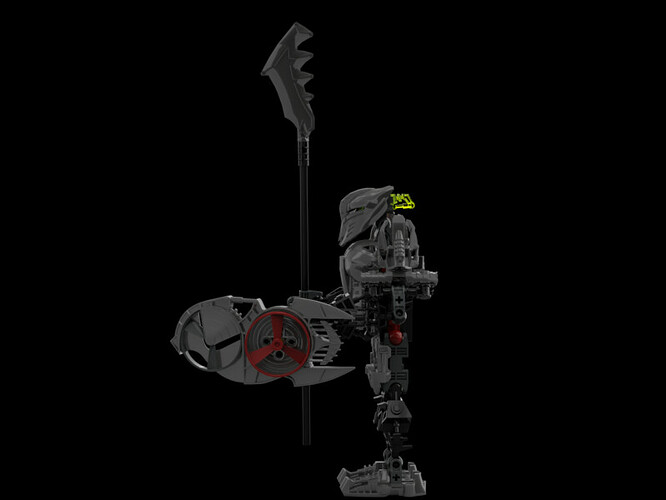 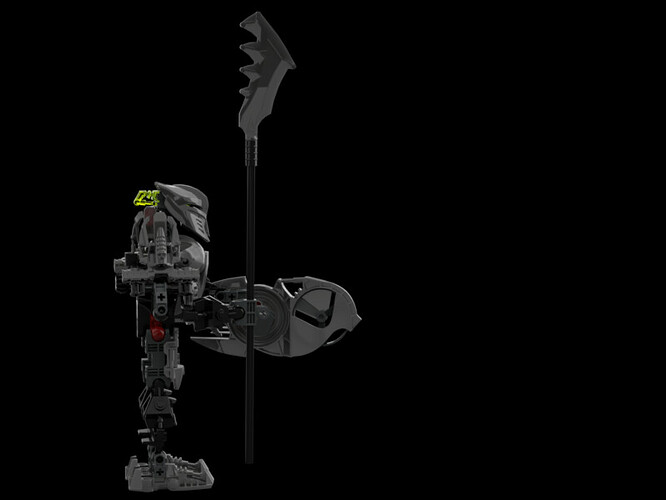 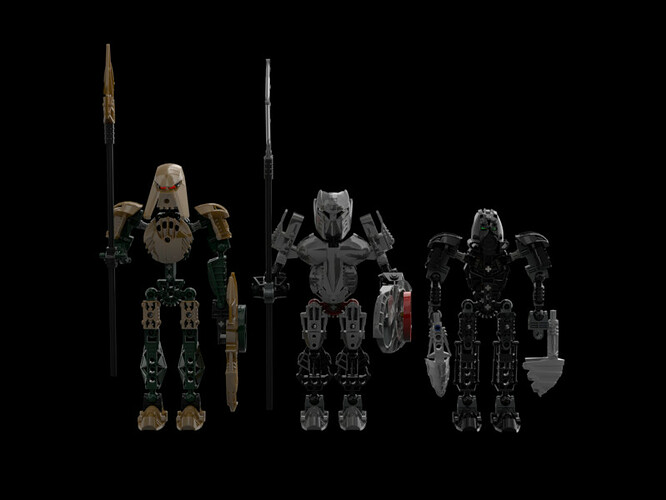 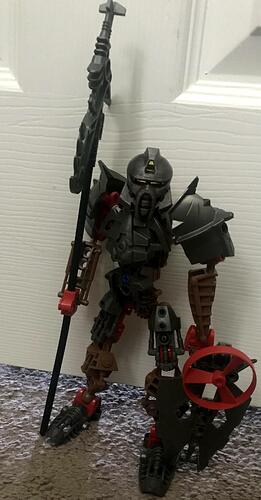 Pouks (Dyanmic Pose)1914×3657 297 KB
Like Bomonga, Pouks features gunmetal armor and red accents. For his color scheme, I was inspired by the Visorak Roporak, and @BionicleN17’s rendition of Pouks from Bionicle Origins. His build doesn’t really use any fancy tricks, and if you have built Toa Hagah Iruini, you will know how to build him. The only exception to that statement is the custom shield (which will be swapped out if it gets canonized). I came up with a custom hagah shield out of necessity, because I didn’t want to paint one of my hagah shields given how parts are slowly becoming scarce. 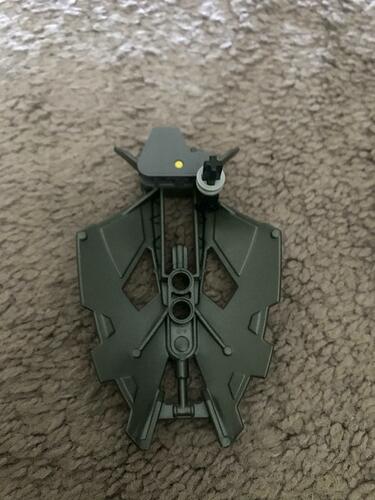 Custom Shield3024×4032 569 KB
This is the same build I used for my physical copy of Bomonga. His kanohi mask is a variant of the Noble Hau made by @MaskMaker . https://www.thingiverse.com/thing:3462641 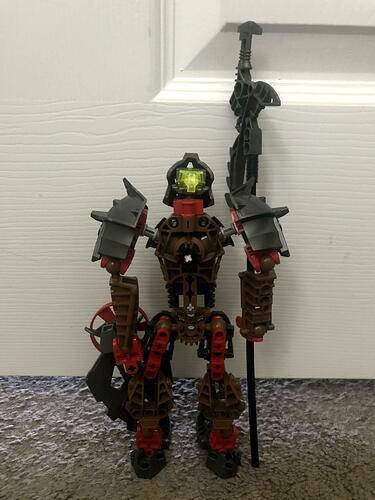 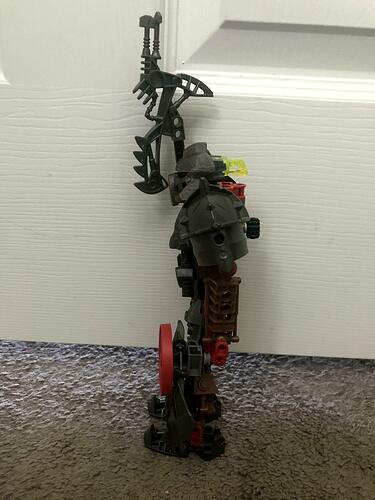 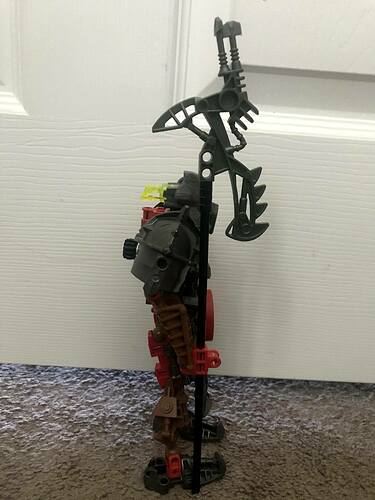 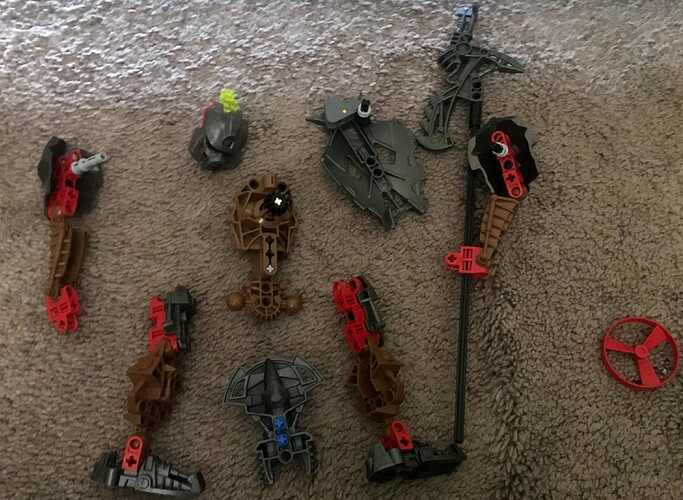 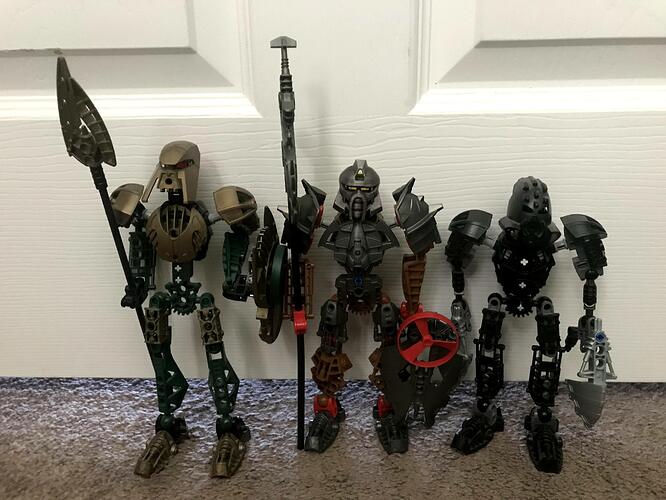 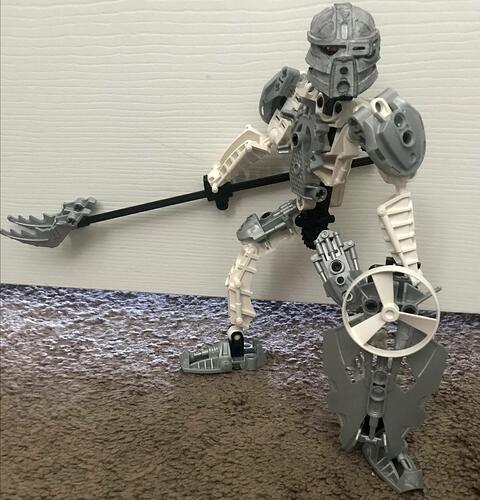 Kualus (Dynamic Pose)3023×3146 518 KB
Kualus is the only Toa Hagah I have built that has stayed relatively consistent. The only real changes I have made to him were in service of complying to the expectations one would have for a set. He wears a kanohi Irunus (coined by @SubParFauxPas), which is the Mask of Rahi Control made by @Galva_Nize for @Lovice . https://www.thingiverse.com/thing:4261866
Out of all my Toa Hagah, I think he looks the closest to the two that were released. That being said, I have always enjoyed the design I gave him. 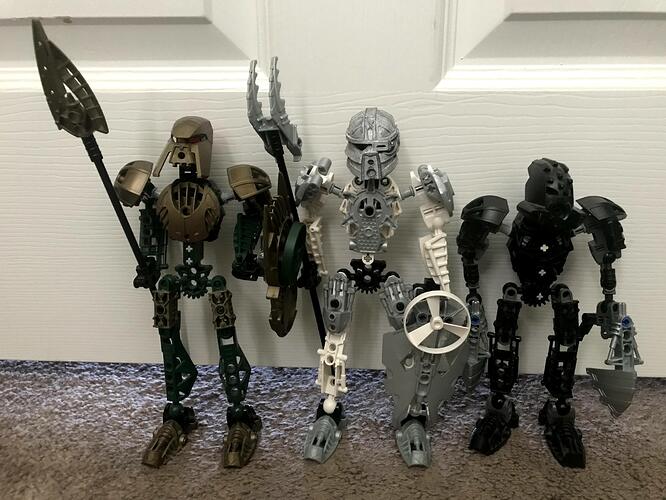 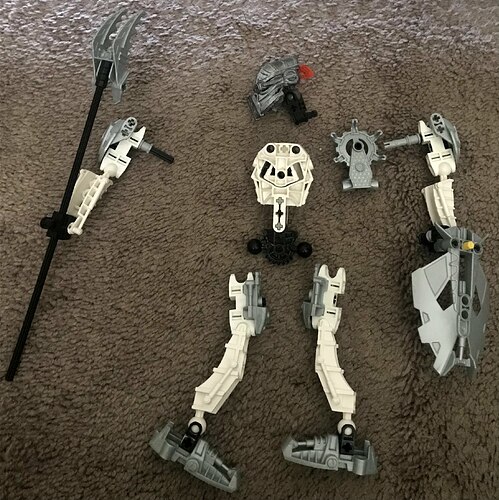 Overall I am fairly happy with my Toa Hagah mocs. I am a little worried that Bomonga will get disqualified because his chest armor is piecemeal, and because I purposely picked on his name (which may lead Eljay to say its in bad faith). Also please support @Galva_Nize and @Minirigby, they are both really cool people, and I feel honored to have had the chance to do this collab with them.

These are cool, but Kualus is my favorite.

WHY why did you do that to me

Anyways good entries, nice to see that Bomongred got a secondry color on this one

If anyone was wondering, Babaoreilly uses Mata Red, not Metru Red, it just rendered dark.

While the red on Pouks and Bomonga doesn’t seem very fitting at all to me, your choice of mask for them is nice. Ignoring the odd coloration, this Pouks is likely one of my favorites. Although, the same can’t be said so clearly about Bomonga. Good luck in the competition.

Also I wanted to thank @KINGSIDORAK for helping convert the Mask of Shapeshifting to a useable parts file. He also helped convert some parts for Gaaki, but I ultimately decided not to enter my Gaaki into the contest as I felt she was too generic.

Thank you for entering. We will need you to include the Stud.io file link for Bomonga. Please do that before the end of Monday, or we won’t be able to accept him specifically. The others are fine.