This is cool, however… on Swindle, the head is pretty lacking, a black armor shell is just eh. But it really evokes the feel, with the color scheme and whatnot.
Brawl is cool however… His… chest? What’s that thing sticking out? And I feel he could be a bit buffer and the tank mode a little larger and more “armored” looking.
Blast Off looks… decent however the front leaves a little to be desired. Vortex looks pretty good but if only it had a back rotor and/or 4 rotors. Oh well.
Onslaught, could be bigger.
He’s a very large vehicle in all of his forms, and this one doesn’t do that justice. Looks more like a double barreled version of Brawl than a truck with cannons.
The combiner looks pretty good, however I feel this suffers from FoC Bruticus toy syndrome. Its body is barely bigger than any of the limbs, and the head is… well I know it’s the Onslaught head.

I’ll be honest, I was waiting for someone to point out Brawl’s chest. I was actually paying homage to the original brawl toy which had the front of the tank as his chest, however this is the back. As for Blastoff, I agree. I will probably change the front. You probably already know, but jus in cas I’ll say that, as far as I know, it is impossible to give Vortex four rotors using CCBS, and I am very disappointed. I completely agree with you about Onslaught. In fact, when I built him I thought that this looks so much like a tank. As for the size, I will probably fix that and with it, the vehicle mode. Thanks for the critique! I appreciate it!
Also, I like your avatar. 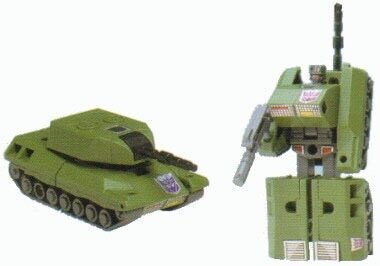 Yeah…
I kinda see it now… but that Brawl had a tank chest.
This one kinda looks like he has an extra pair of conjoined arms. sticking out of his… area between chest and armpits.
Also, about Vortex having four rotors, you see… 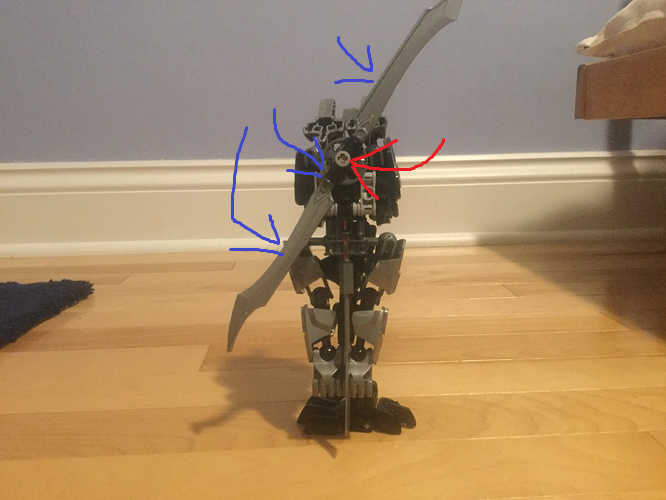 You can swap out the tan axle(red arrow) with the 4 long axle with stopper that’s gray, then have another one of those rotor assemblies(Blue arrows.) Seems like it would work. Up to you to test it.

Can’t wait to see an updated version(if you do update these of course.)

I like the idea, but A. I only have two of those swords pieces in grey and B. I would want them to all move together and be one assembly instead of two.

I hoped for a system combiner, close to the stuff Alanyuppie makes. Instead, I got CCBS. Nothing wrong, I just like system mocs.

Anyways, about the mocs, they need heads, system would work great there, and the combiner is horrid imo. Super short and squat.

And the combaticons never had cybortronion modes in G1

And the combaticons never had cybortronion modes in G1

As @ltranc mentioned I think these were mostly based on FoC Bruticus.

Well, he did bring in some G1 references… But yeah, I see that

Imwould have made him system, but I’m not that good at system transformers yet, but before this I did start a system Onslaught.
I really like your idea about system heads! I will probably do that. As for the combiner itself, the problem is that Onslaught is the size of the rest of the Combaticons. I will probably make him bigger and actually have connection points for the combiner mode arms on him instead of them being accessories.

Finally, about the vehicle modes. Have you ever tried making an earth-like vehicle mode out of a Toa sized Moc? It is very hard. DrScorpionX does a lot of unearthly vehicles for his Bioformers. Also, I tried to draw inspiration from multiple different versions of the Combaticons, specifically G1 and FoC, just like I do when I draw. Just think of this as a reimagining of the Combaticons, from before G1 started.

Finally, about the vehicle modes. Have you ever tried making an earth-like vehicle mode out of a Toa sized Moc? It is very hard. DrScorpionX does a lot of unearthly vehicles for his Bioformers. Also, I tried to draw inspiration from multiple different versions of the Combaticons, specifically G1 and FoC, just like I do when I draw. Just think of this as a reimagining of the Combaticons, from before G1 started.

Well, I primarily use system, so I wouldn’t know. However, I might attempt it.