The guy in the black outfit in the spaceport, and the client who hired the mercenaries.

That’s supposedly the name of the villain who’s been causing all our problems. Though I’m convinced it’s an alias of some sort.

Ah, that guy. That is concerning, considering LD-L1 met him…

Yup. Gabe’s the weird human who you’ve all been seeing glimpses of since the start of the RP. Rukah’s characters saw him just before the attack at the Hall of Records, and he’s spoken to LD-L1 and Kitai at separate points. Firestorm found the name in the dropship’s flight recorder.

That’s why I felt the need to say that Ivory could recognize him as one of the old Amity colonists, should he ever see what Gabe looks like. I think he and Dune’s characters are the only ones who haven’t seen him.

Yeah, my characters arrived just after the duel in the spaceport.

I can help fix that, if you want

No it’s fine. Besides, I enjoy their ignorance…

Villains
Agents of evil, who threaten this new age of prosperity.

They’re much more hesitant to start digging into the pineapple-defiled pizza, however. These professional killers have had to eat some pretty disgusting things in their time- things that could hardly be considered food by most intelligent beings- but there are some lines that even they will hesitate to cross 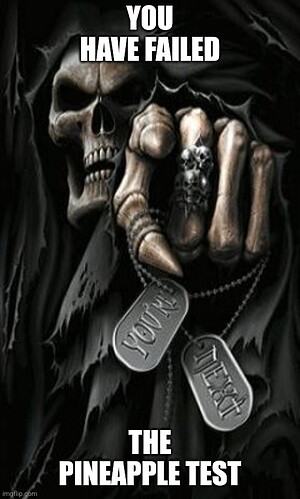 The only thing I’m guilty of is having a proper sense of taste.

Maximus meanwhile tried to think of the best way to get to Eukaris. He had no personal transport of his own, and renting another ship from Riviter clearly wasn’t an option. So he would have to find another way off Cybertron.

The space bridges and spaceports in Iacon are available to all. Anybody who wants to travel to another world and fight more bad guys can go there.

I’ve been visiting family, which is why I haven’t been active for about a week. Thank you all for your patience.

Well, I’m glad we’ll be back to our adventures. I’ll enjoy using my railgun on some mercenary mechs.

My activity will be diminished for some time. Thank you all for your patience.

Would it be alright if an NPC bumped into Firestorm soon-ish? Firestorm wouldn’t know this person, but they’re interested in speaking with him about something peculiar- if they can find him, that is. 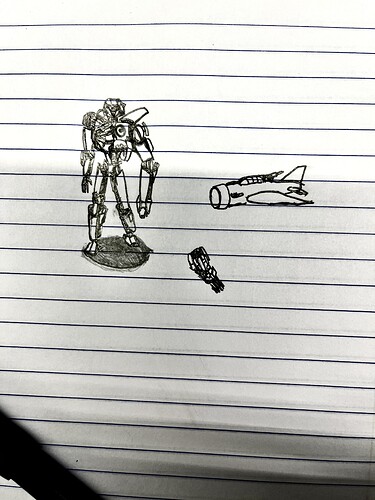 I don’t have a name, but I realized it looks a bit like Samus when I finished. It transforms into a WWII fighter-bomber.